Accessibility links
Trump To Outline Immigration Plan That Would Overhaul Who's Allowed Into The U.S A key plank of the president's election was his hard-line stance on immigration. And now he is ready to roll out his legislative approach. 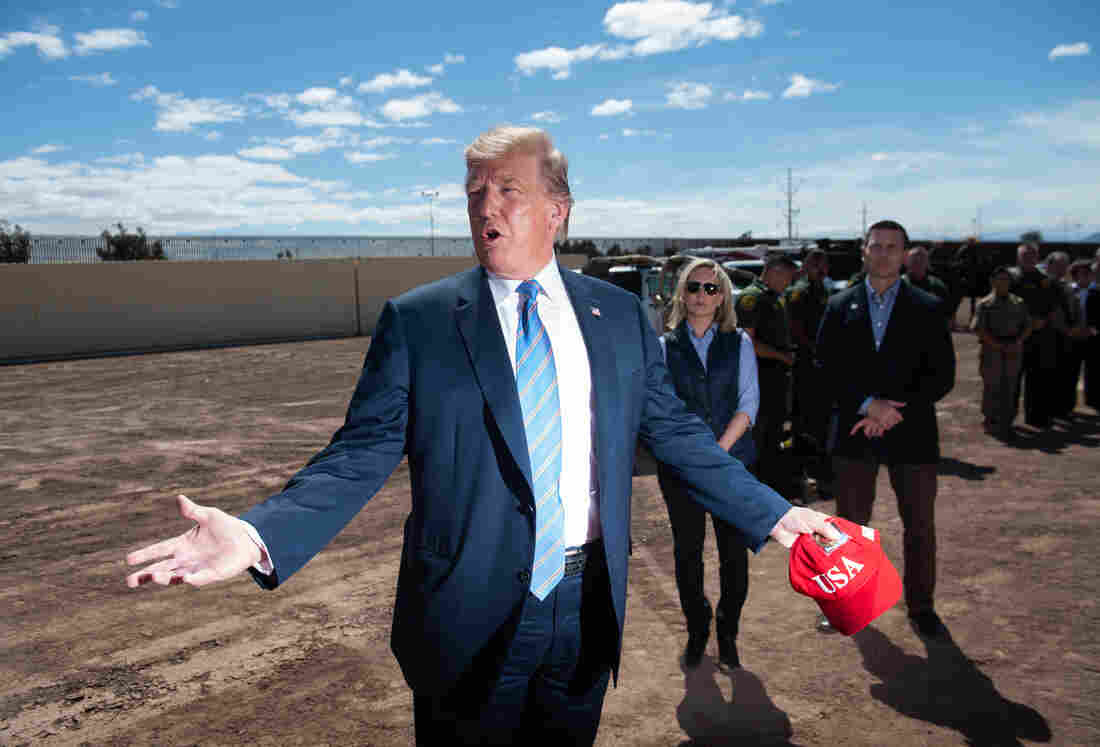 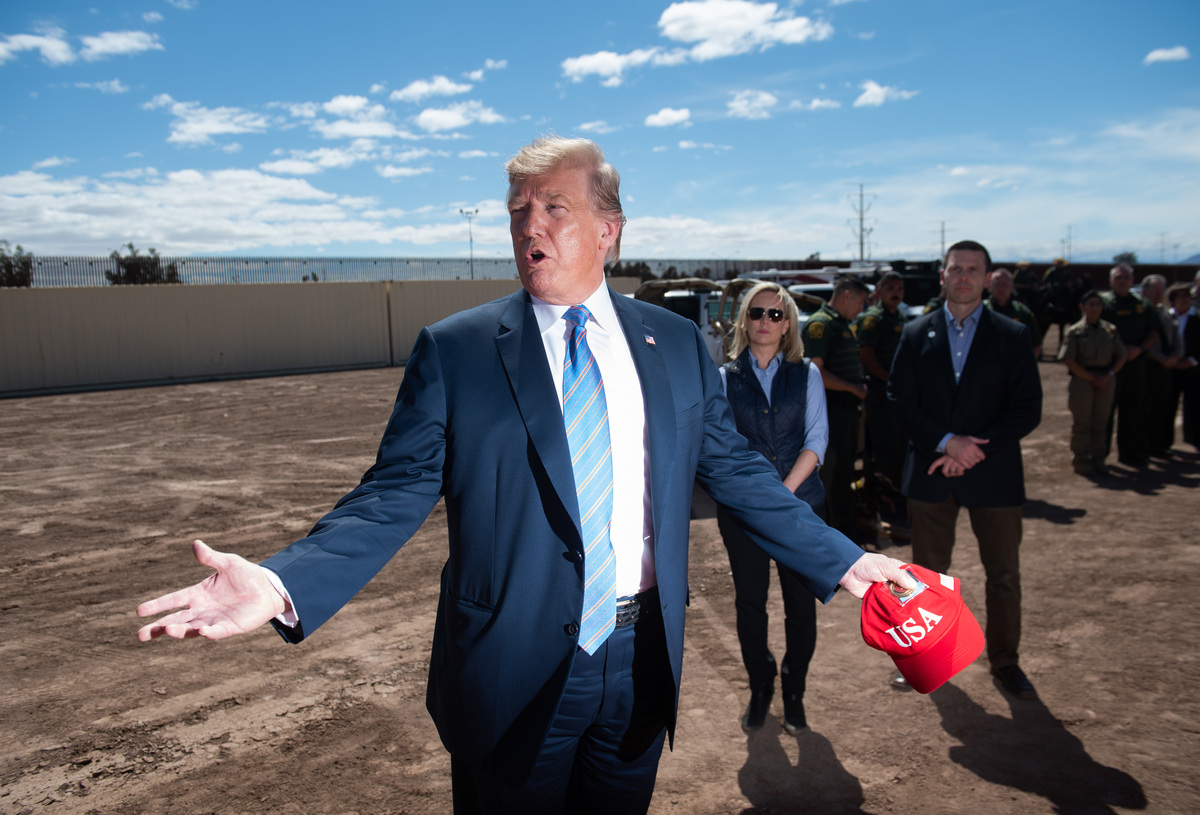 President Trump tours a portion of the border wall between the United States and Mexico in Calexico, Calif., last month.

President Trump is set to unveil an immigration plan that would vastly change who is allowed into the United States.

Trump will present the plan in a speech from the White House Rose Garden Thursday afternoon.

But overall, the number of green cards issued under this plan would not change, and there would be no reduction in net immigration.

The bottom line politically, said the administration official: "We want to show the country that Republicans are not against immigrants."

Democrats have not been consulted on the formulation of this plan. And getting it to pass the Democratic-controlled House or the Senate, where Republicans do not have a filibuster-proof majority, are next to impossible. But with the president up for reelection next year, the White House is making a calculation to put this plan front and center.

The plan, according to a senior administration official, addresses six issues:

The formula currently for who comes to the country is 12% skill-based, 66% with ties to family members and 22% humanitarian, or asylum-seekers.

Trump would change that calculation to 57% skill, 33% family, 10% humanitarian. To determine who is a highly skilled immigrant, people would be awarded points based on their education and their language proficiency.

But the number of green cards would stay the same at approximately 1.1 million per year.

Of the four pillars that the administration has always stressed — border security, citizenship, a guest-worker program and what to do with immigrants who have entered the country illegally, including DREAMers — the last two are not addressed.

President Trump has taken a hard line toward immigrants entering the country illegally or seeking asylum. It's part of what vaulted him to the presidency and made his base loyal to him.

One key question is what tone Trump strikes in his Thursday remarks. A more moderate tone may suggest that the White House is concerned about Trump's political standing as the 2020 election gets underway.

But Trump is notoriously unpredictable and may go off-script.