Accessibility links
California Officials Blame PG&E For State's Deadliest Wildfire The utility giant had already acknowledged that the fire investigation would likely find its equipment responsible for the Camp Fire in 2018. 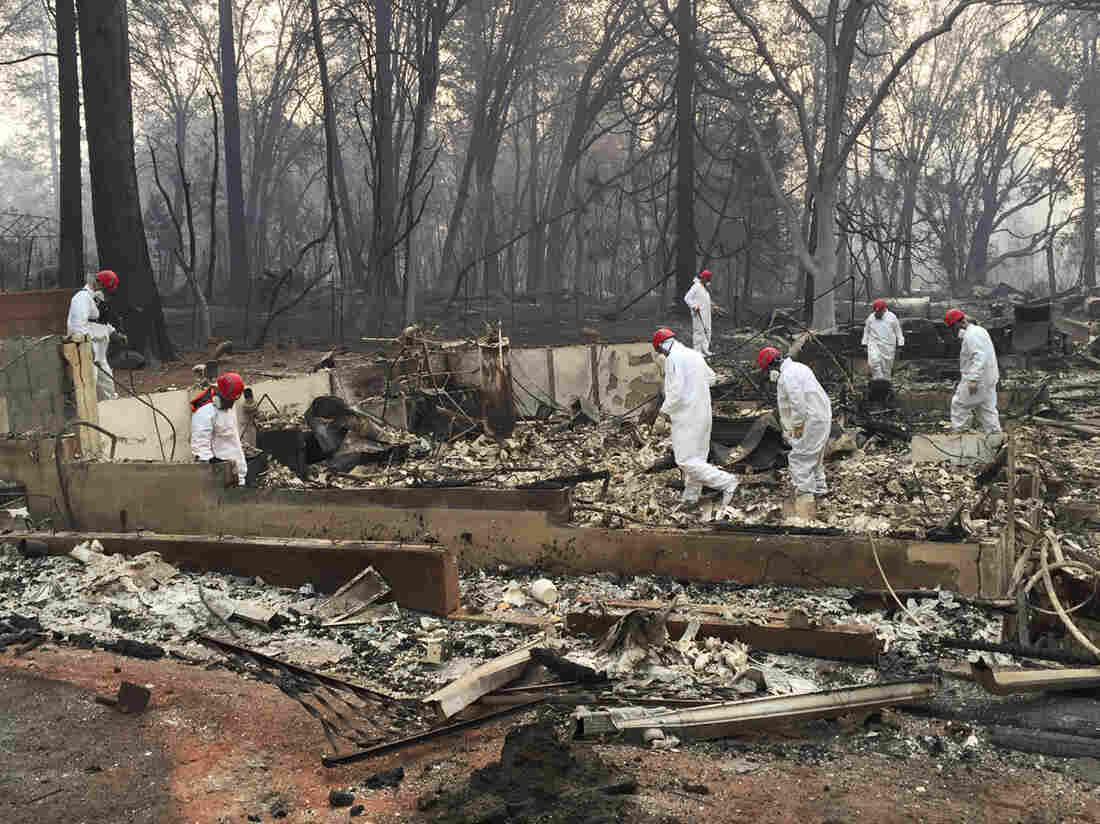 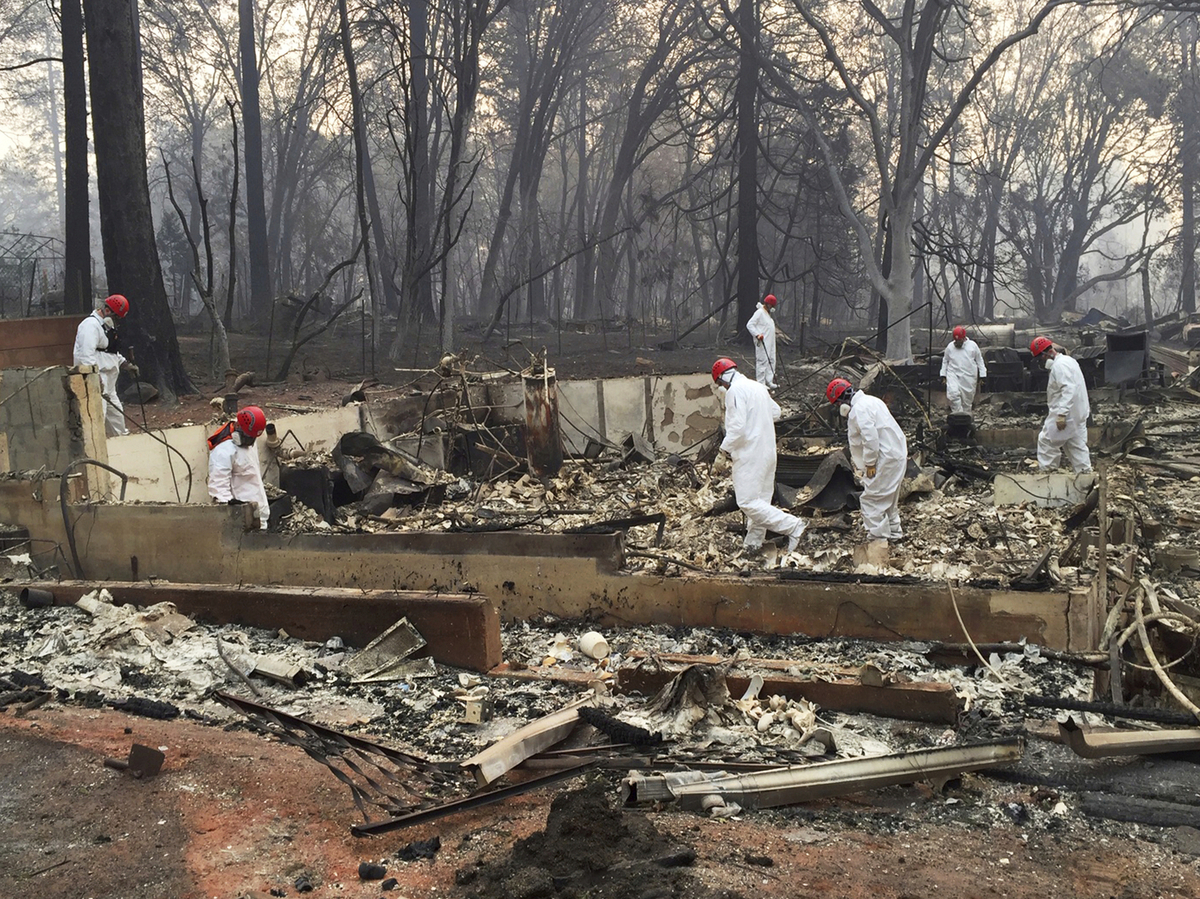 Volunteer rescue workers search for human remains in the rubble of homes burned in the Camp Fire in Paradise, Calif. State officials say the fire was caused by PG&E power lines.

"After a very meticulous and thorough investigation, CAL FIRE has determined that the Camp Fire was caused by electrical transmission lines owned and operated by Pacific Gas and Electricity (PG&E) located in the Pulga area" of Butte County, California fire officials said in a statement. The fire had two ignition sites, according to investigators, as the second fire in a different part of the county was consumed by the initial blaze that started near Pulga.

The Cal Fire report has been forwarded to the Butte County District Attorney Mike Ramsey.

The finding was not unexpected. PG&E had even pointed to its transmission lines and the dry vegetation around them as a possible culprit in an earnings report issued in February.

"In addition to claims for property damage, business interruption, interest and attorneys' fees, the Utility could be liable for fire suppression costs, evacuation costs, medical expenses, personal injury damages, punitive damages and other damages under other theories of liability, including if the Utility were found to have been negligent," the company said.

"I have made the assumption when I got here that PG&E equipment caused the fire," he said as quoted by The Associated Press. "It's a disappointment that this happened. Let's not do it again."

In a statement released late Wednesday, the utility said that although it has been unable to review Cal Fire's report, the finding of its culpability "is consistent with the company's previous statements."

"We remain committed to working together with state agencies and local communities to make our customers and California safer," the statement added.

California Gov. Gavin Newsom blasted the utility in a court filing related to the company's bankruptcy case. "All should be mindful of PG&E's history of over two decades of mismanagement, misconduct and failed efforts to improve a woeful safety culture," said Newsom.