Accessibility links
I.M. Pei, Architect Of International Landmarks, Dies At 102 During his influential career, the Pritzker-winning architect designed everything from schools to skyscrapers. Known for spare geometric forms, Pei said the goal was to "eliminate the inessential." 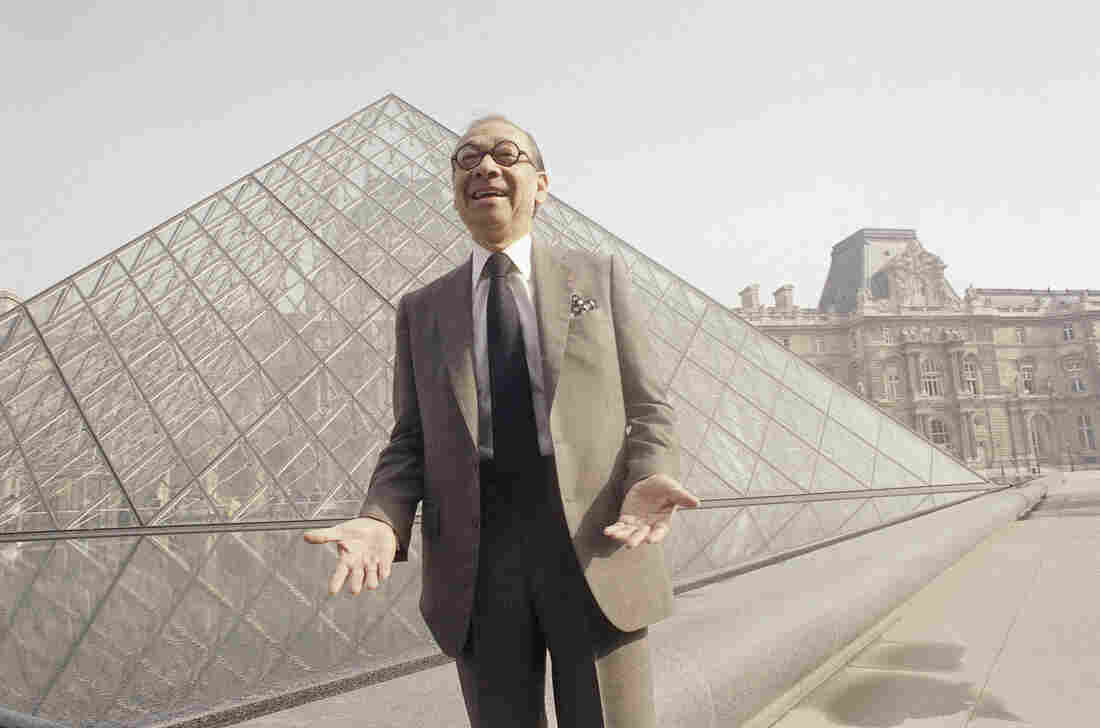 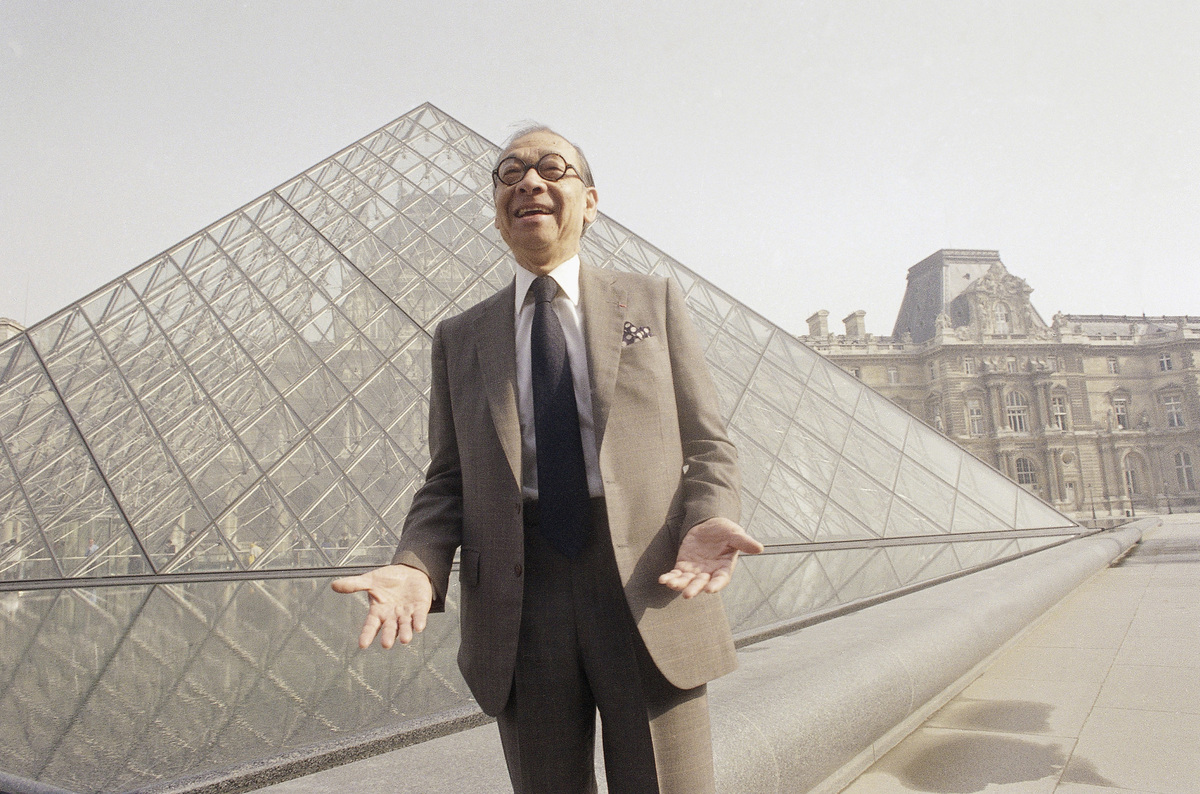 Architect I.M. Pei stands in front of the Louvre museum's glass pyramid in Paris, just before the structure's inauguration in March 1989.

Crowds around the world flow through the buildings designed by architect I.M. Pei; in Paris, they stream into the Louvre's Pyramid entrance. In Cleveland, they wander through the Rock & Roll Hall of Fame. And in Hong Kong, they travel up and down the soaring Bank of China Tower.

Pei's death was confirmed by Thomas Guss, his press contact. He was 102.

His designs were widely praised — but not always at first. When his large glass pyramid opened at the entrance to the Louvre museum in 1989, it was not well received.

Two decades passed and, in 2009, NPR's Susan Stamberg paid a visit to the Pyramid. Henri Loyrette, the Louvre's director at the time, called it a masterpiece. He said that when you ask visitors why they are at the Louvre, they generally give three answers: for the Mona Lisa, for the Venus de Milo and for the Pyramid. It was not the first time shock has given way to admiration in architecture.

Pei didn't like labels. He said there's no such thing as modern, postmodern or deconstructivist architecture. But he was considered a modernist. Back in 1970, he defined his approach in an interview for a documentary on one of his buildings — the National Center for Atmospheric Research in Boulder, Colo.

"If the problem is a complicated problem, then the building will result just that way," Pei said. "But then after that we have to simplify it. We have to eliminate the inessential."

That is pretty much the definition of modernism in architecture — eliminate the inessential, leaving clean lines and spare geometric forms. But, he said, his architecture was not just geometry.

"There are many other elements that come into play to create a form," said Pei. "Space, which is what architecture really is. You have to have light. ... Light is terribly important."

What are shapes without light, he asked — and added, "The light of the sun is magical." 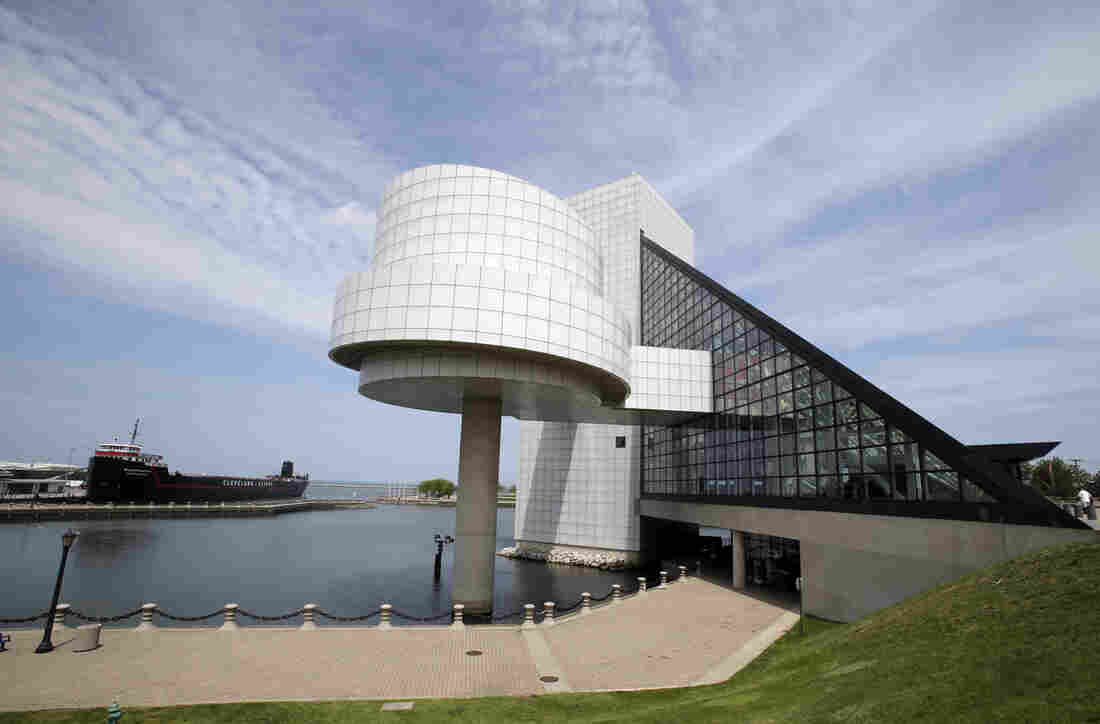 The Rock & Roll Hall of Fame is located on the shores of Lake Erie in downtown Cleveland. Mark Duncan/AP hide caption 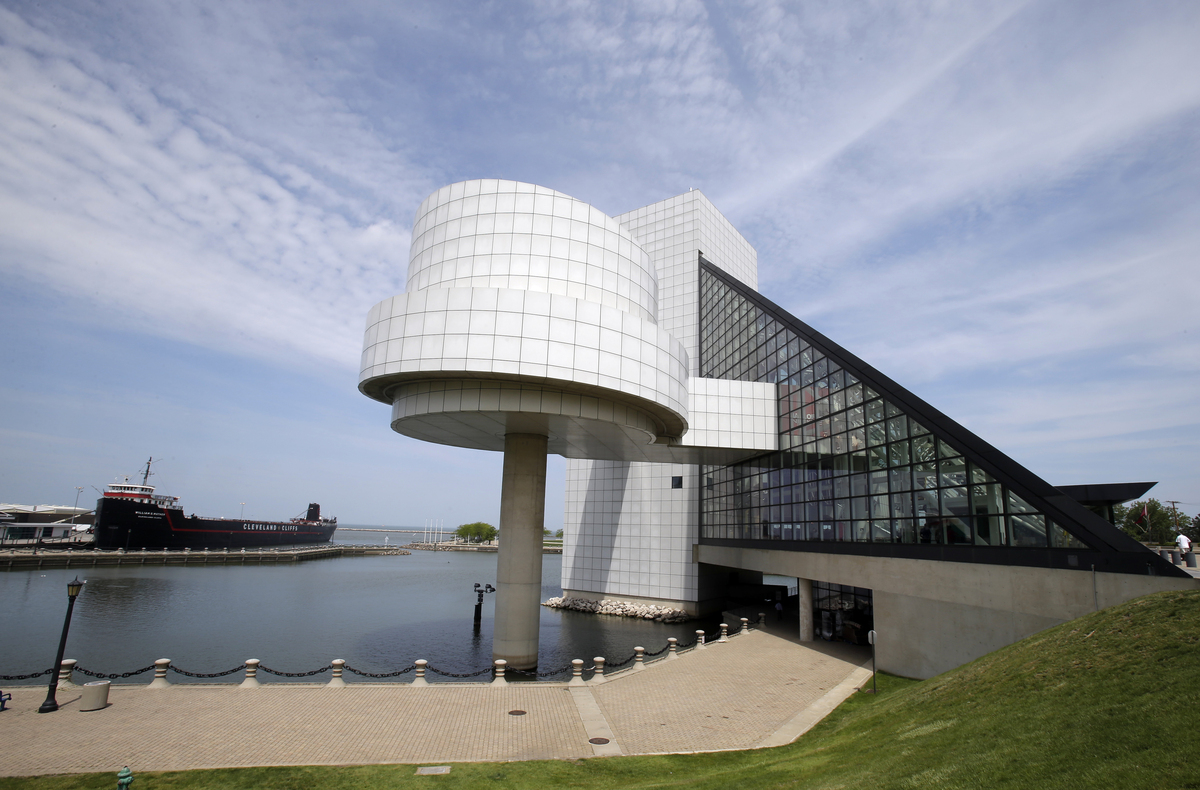 The Rock & Roll Hall of Fame is located on the shores of Lake Erie in downtown Cleveland.

Pei was born in Guangzhou, China, in 1917. He grew up in a house where gardens and airy pavilions merged with the landscape. Pei biographer Carter Wiseman says that the natural world deeply influenced Pei.

"Having come from China, where he was exposed to garden architecture, he had a very different concept of time," Wiseman explains. "He was interested in the sculptural properties of rocks. There was an affinity for nature and for history that most Americans do not get, no matter how hard we try."

Pei's father was a banker, his mother an artist. He came to the U.S. as a teenager in 1935, went to the Massachusetts Institute of Technology and was influenced by the work of pioneering modernists Le Corbusier and Frank Lloyd Wright.

Pei's privileged upbringing helped him navigate the alpha-male world of architecture and real estate. He was able to schmooze with the powerful, which led to projects like the apartments on Manhattan's East Side called the Kips Bay Towers, the Kennedy Library in Boston and the East Building of the National Gallery of Art in Washington, D.C.

Pei didn't get everything right. His 1980s design for New York's Jacob K. Javits Convention Center, for instance, is still less than loved.

His Fragrant Hill Hotel in Beijing, completed in 1982, uses a traditional Chinese design. In 1990, the Bank of China Tower opened — and his modern, soaring design instantly became one of the most recognizable skyscrapers in Hong Kong. 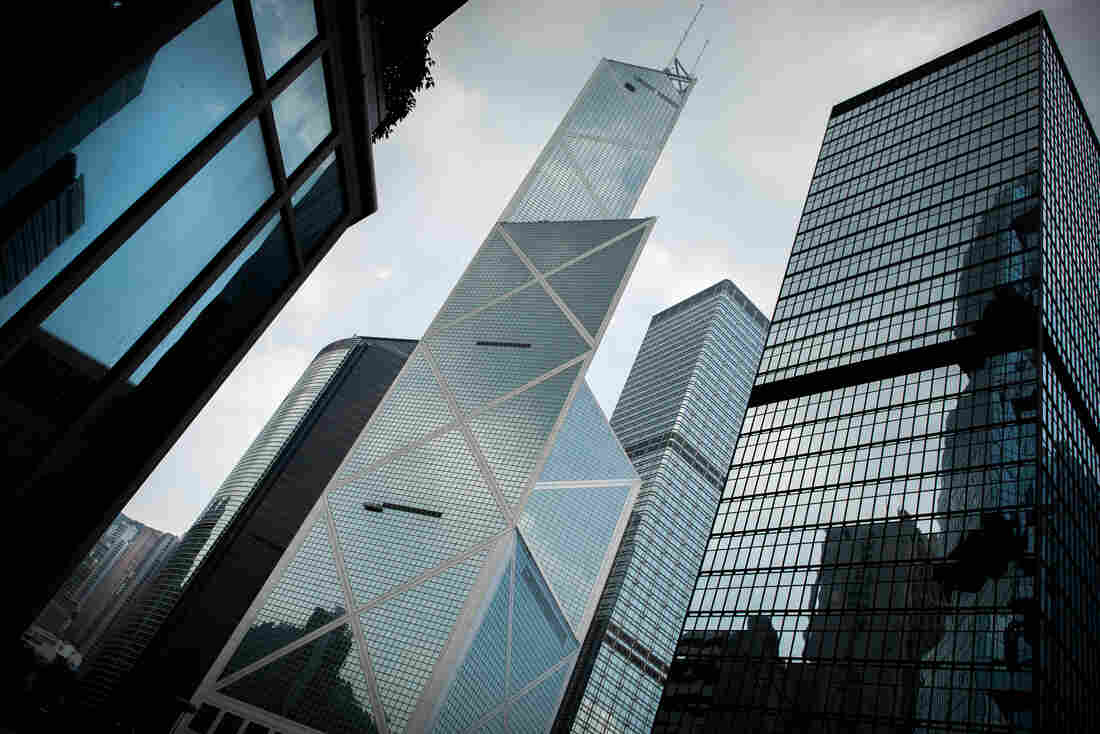 Completed in 1990, the Bank of China Tower is among the tallest skyscrapers in Hong Kong. Philippe Lopez/AFP/Getty Images hide caption Completed in 1990, the Bank of China Tower is among the tallest skyscrapers in Hong Kong.

Pei inspired younger Chinese architects, like Pritzker Architecture Prize winner Wang Shu; he says Pei "awakened" him. Wang believes Pei figured out a way to bridge East and West, old and new, and he thinks of Pei as a teacher — someone who came before him and whose successes and mistakes he learned from.

From the Macao Science Center to the Museum of Islamic Art in Doha, Qatar, Pei continued building through 2009. His name, I.M., stands for Ieoh Ming, which means, roughly, "to make an indelible mark." 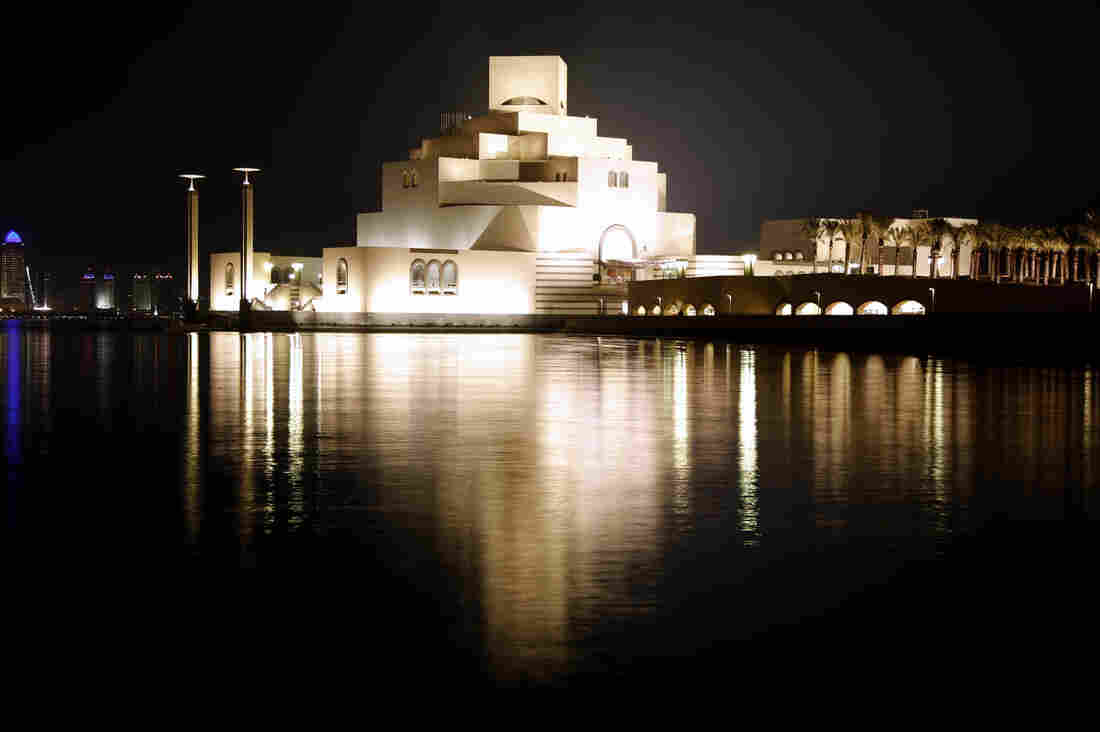 The Museum of Islamic Art in Doha, Qatar, opened to the public in 2008. Hassan Ammar/AP hide caption 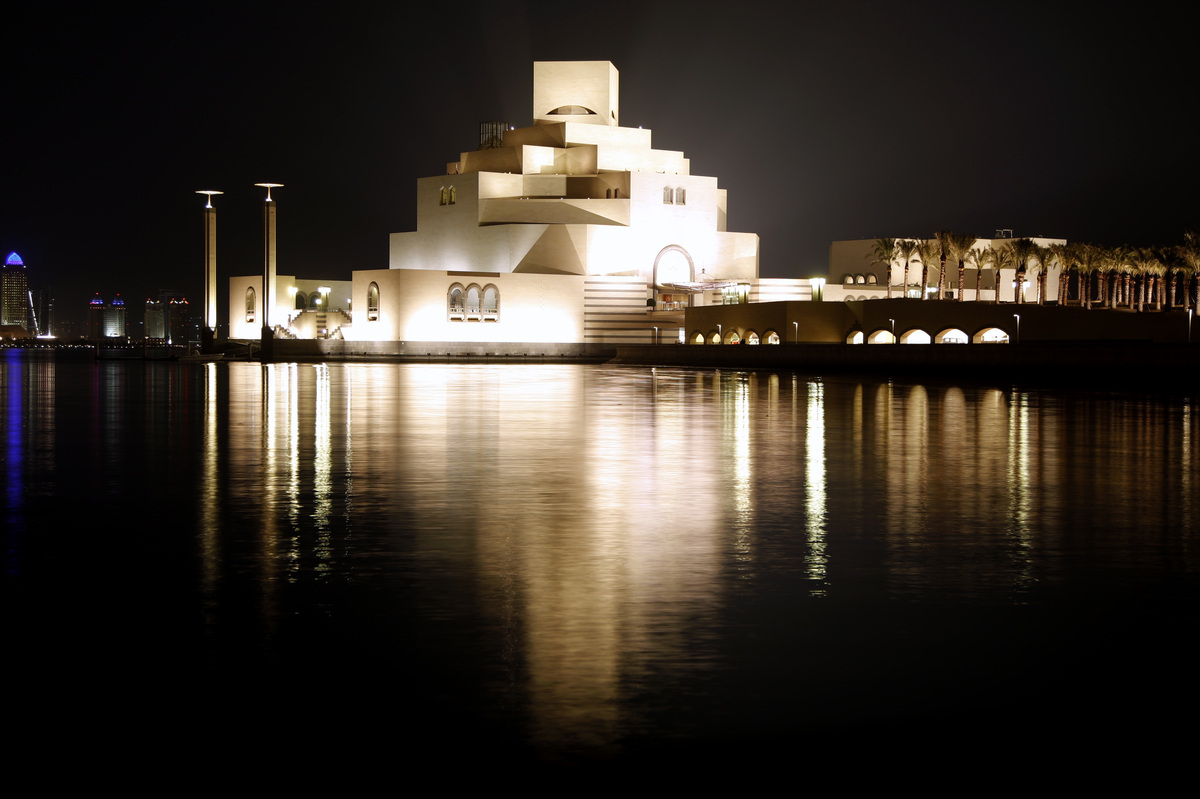 The Museum of Islamic Art in Doha, Qatar, opened to the public in 2008.

Landmark At The Louvre: The Pyramid Turns 20

Previously posted on May 17: In the audio of this story, as in a previous Web version, we say that I.M. Pei was born in Suzhou, China. In fact, he was born in Guangzhou.