Accessibility links
Review: Petrol Girls, 'Cut & Stitch' These are songs that rip through time, across borders and into psyches with feminist post-hardcore that engages at it rampages. 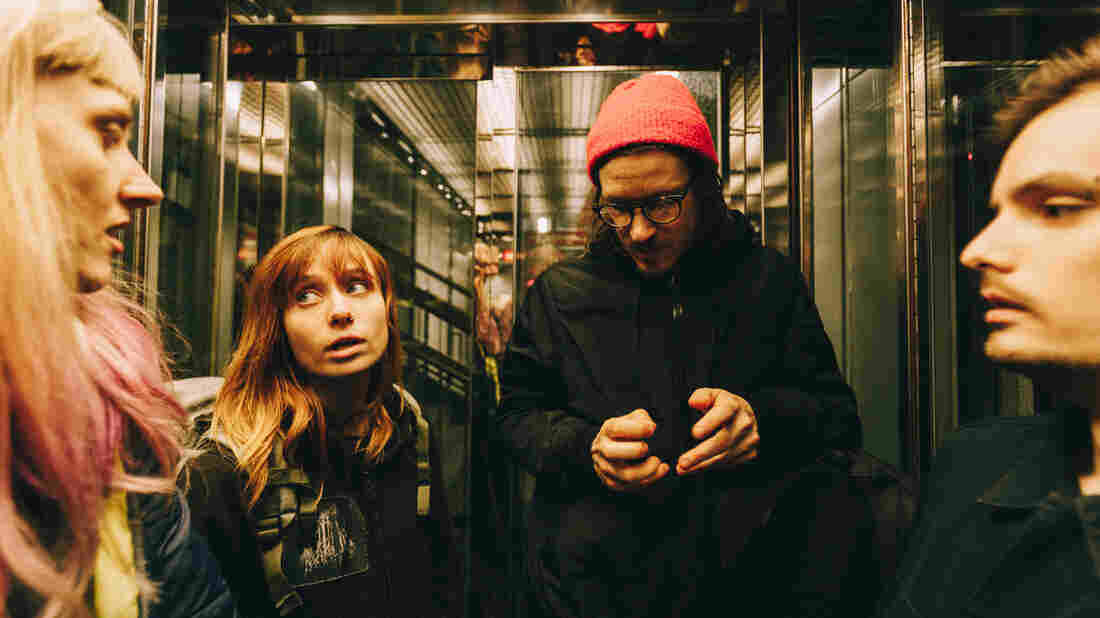 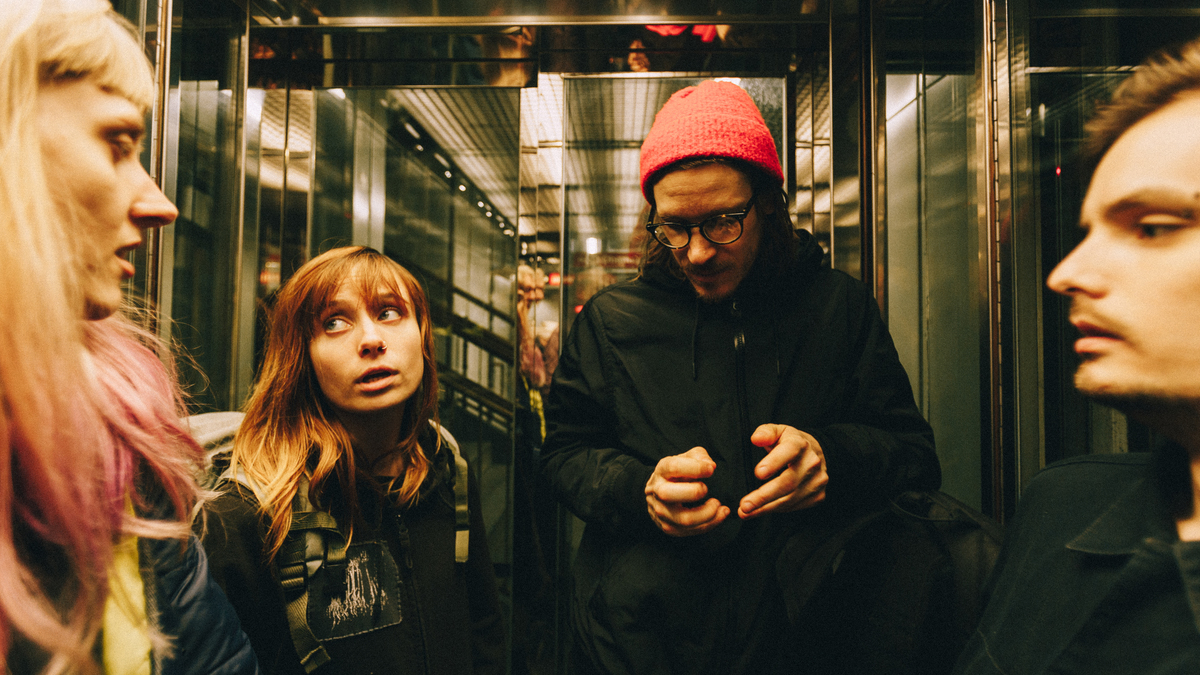 Martyna Wisniewska/Courtesy of the artist

Punk is an unruly but ultimately loving teacher. As a teenager, you come for the music — fast, angry, visceral, sometimes blissful — but even as political and personal issues change, you grow to absorb some of punk's core messages: Call out injustice, make sure everyone has a good time. Increasingly, that has meant making punk a safe space for women and non-binary folks. These are lessons built from generations of hard labor, often on the backs of the very same women and non-binary punks, and while there will forever be space to scream, there's also still room to grow. 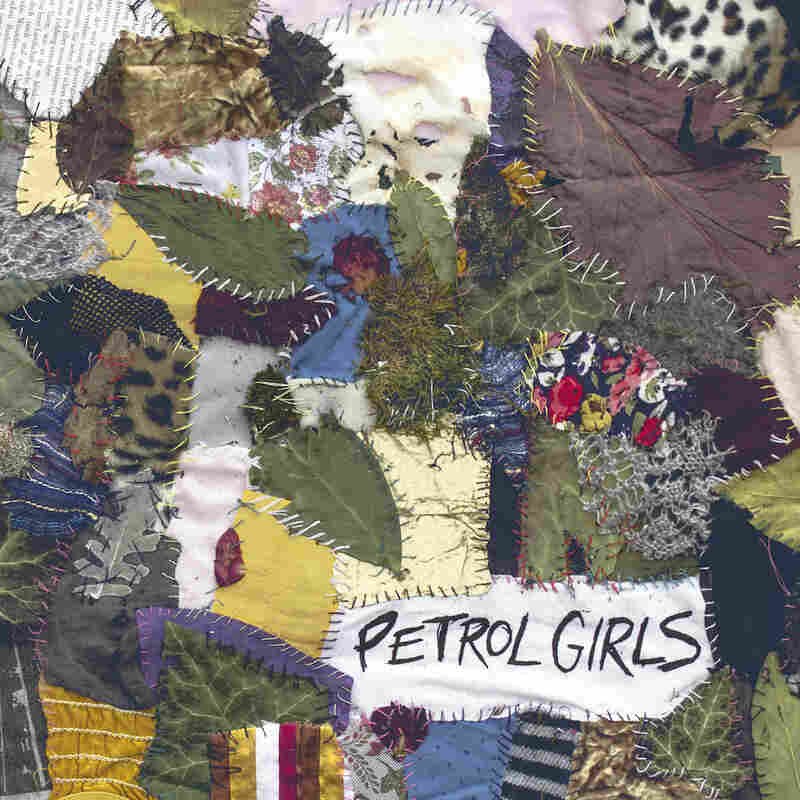 Perhaps this is what vocalist Ren Aldridge means in the first moments of Petrol Girls' Cut & Stitch, as she speaks over a low drone, "I think about how sound can travel where our bodies can't" — sound as power, sound as a sculptor of social change, sound as the thread that connects our most disparate cries. Since forming six years ago in London (and now based in Graz, Austria), Petrol Girls has evolved both its furious punk sound and its ideology as a way to explore beyond the boundaries of post-hardcore — a complex offshoot of punk — and extend feminism to every part of our lives.

Where 2016's Talk of Violence packed raw aggression into tightly wound fits of spitfire riffs and screams, Cut & Stitch is a seeking, sprawling record that experiments with textural shifts in melody and dissonance. Using the studio as a tool, Peter Miles — who has produced records by British rock bands as underground as Caves and as mainstream as We Are the Ocean — gives Petrol Girls some anthemic heft without sacrificing the band's unpredictable momentum. To call up an influence, think of the difference between At the Drive In's In/Casino/Out and Relationship of Command, when that band's outrageous chaos set anchor in service to hooks that exuded sharp melodic purpose.

"Big Mouth" explodes a burly riff from guitarist Joe York, reinforced by the roaring rhythm section of bassist Liepa Kuraite and drummer Zock. This is Petrol Girls' sweet and sour spot, and for a song about loudness as an act of defiance, the chorus opens wide in a way that allows the audience to join in the catharsis: "I'm raising my voice louder / It carries me beyond their walls / Our silence will not save us / They can't contain, they can't control." To drive the point home, "Big Mouth" features a slightly edited X-Ray Spex sample — "Some people think little girls should be seen and not heard. But I think, 'Up Yours!'" — in declaring a defiant feminist lineage that echoes for generations.

Cut & Stitch's ethos comes from the idea that "feminism has become more of an overall approach than an obvious topic, seeping into the way we think about everything from the environment to mental health," Aldrige writes in an introduction to the album. With a firecracker riff in the last minute that rivals Quicksand, "Tangle of Lives" anthropomorphizes Mother Earth as a woman stripped of her resources. "Talk in Tongues" addresses toxic masculinity, with an emphasis on how men can have a hard time expressing emotion (and the ways women bear the brunt).

These tracks, in particular, take ownership of the band's makeup — two women, two men — to expand the voices that question patriarchal systems. Guitarist and backing vocalist Joe York is the shouting, melodic pop-punk counterpoint to Ren Aldridge's mix of shredded screams, spoken word and genuinely affecting singing; the dynamic is thrilling as their voices push each other forward in service to a common cause. These are songs that rip through time, across borders and into psyches with feminist post-hardcore that engages as it rampages.