Accessibility links
Trump Outlines 'Merit-Based' Immigration Plan, Far From Becoming Law President Trump's proposal would keep legal immigration levels the same but dramatically change who would be let in. It does not address the estimated 11 million people in the U.S. illegally. 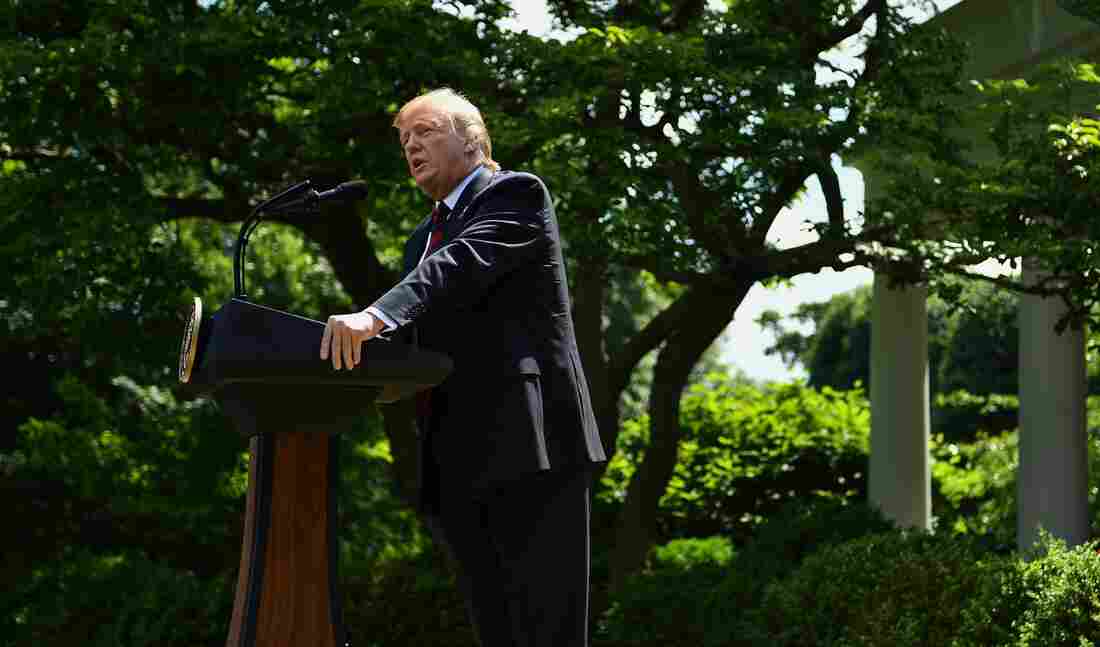 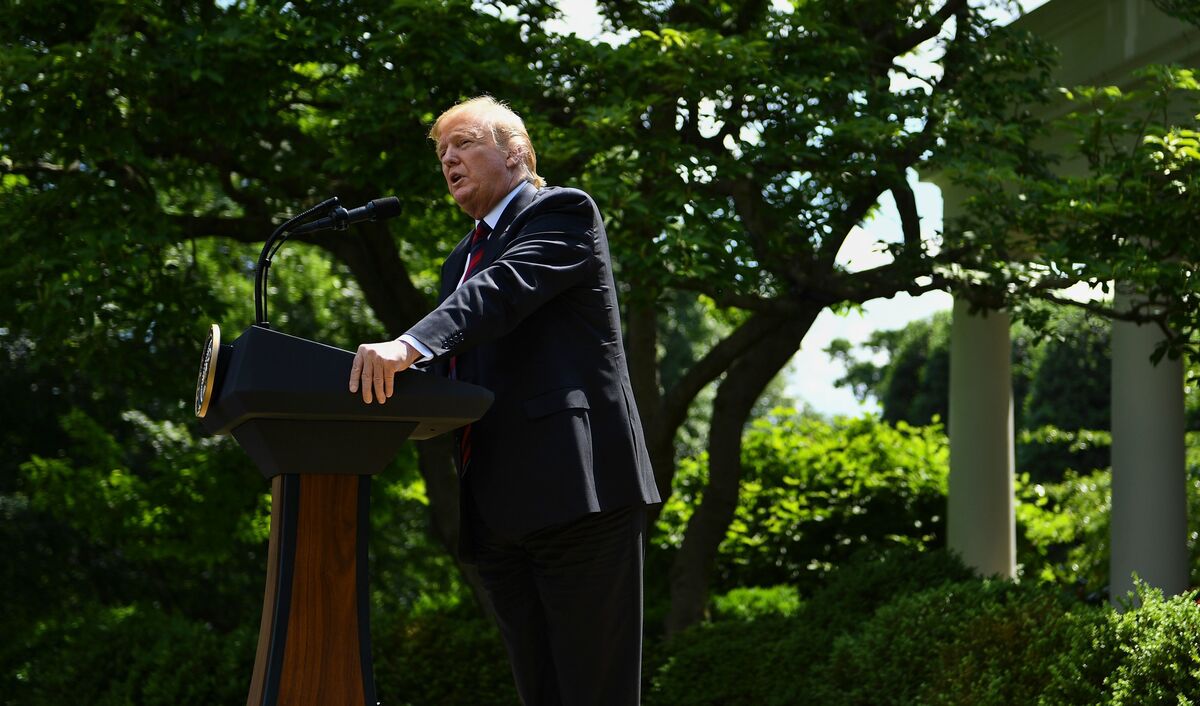 President Trump has announced an immigration proposal that would dramatically reshape the legal immigration system in the United States.

"We must implement an immigration system that will allow our citizens to prosper for generations to come," he said.

The plan does not address the pressing challenge of what to do about the estimated 11 million people currently in the country illegally, one of the core issues that has animated Trump's presidency.

The speech was notably softer in tone for a president who has often used harsh language when describing immigrants.

Trump's son-in-law and senior adviser Jared Kushner has been quietly working on the plan for months and briefed Republican senators on the details Tuesday. A senior administration official, who spoke to reporters Wednesday on the condition that his name not be used, said the proposal is a "good faith effort" intended to unify Republicans and start a discussion.

"Right now this is the Trump plan, and we're hoping this will become the Republican plan," the official said.

The plan would prioritize merit-based immigration, limiting the number of people who could get green cards by seeking asylum or based on family ties. But it would keep immigration levels static, neither increasing or decreasing the number of people allowed to legally enter the U.S. each year. Here are the elements of the proposal as described to reporters on Wednesday:

Trump described the current immigration system as being largely based on "random chance," insisting that the administration's proposal would set clearer requirements for admission.

"We want immigrants coming in; we cherish the open door," Trump said. "But a big proportion of those immigrants should come in through merit and skill."

The announcement comes as the Trump administration is struggling to deal with a dramatic increase in asylum seekers trying to enter the U.S. along the southern border, creating what many are now calling a humanitarian crisis.

Earlier this year, President Trump declared a national emergency to go against the wishes of Congress and shift funds to build the border wall he promised during his presidential campaign. So White House aides see this as an ideal moment to try again to reshape the immigration system and enhance border security, something that requires congressional buy-in.

Democrats are unlikely to support any immigration proposal that doesn't also address the young people who came to the U.S. as children and are now here illegally, known as Dreamers. President Trump moved to eliminate the Obama-era program to give them work permits and protection from deportation, and the program is now in limbo pending court action.

House Speaker Nancy Pelosi, D-Calif., said the White House proposal, "repackaged the worst of its past failed immigration plans" and described it as "dead-on-arrival" and "not a remotely serious proposal."

The last time Trump and his White House proposed an immigration overhaul, it included a path to citizenship for Dreamers. While potentially more detailed, this proposal is less comprehensive than previous offers by Trump and his administration.

Asked about this omission, White House press secretary Sarah Sanders said Thursday, "Because it's a serious program, it's not included. Every single time that we have put forward or anyone else has put forward any type of immigration plan and it's included DACA, it's failed. It's a divisive thing. Certainly something to discuss and look at and address but this plan is focused on fixing a different part of the immigration system."

Senate Judiciary Chairman Lindsey Graham, R-S.C., a close ally of Trump's, said the proposal was purposely narrow by not addressing those in the country already.

"I don't think it's designed to get Democratic support as much as it is to unify the Republican Party around border security," Graham said, who characterized it more as a "negotiating position" than a legislative proposals. "This is what we want on border security, this is what we want on merit-based immigration, and then we'll have to sit down and find common ground on the 11 million."

Cuban Immigrants Were Given A Haven In The U.S.; Now They're Being Deported

Graham, who attended Thursday's announcement, was involved in the last major bipartisan effort to overhaul immigration in 2013. That legislation passed the Senate but failed in the House. Trump's proposal has zero chance of becoming law without bipartisan support. And at the moment it isn't clear whether it has Republican buy-in, much less Democrats.

And the proposal is likely to run into trouble from the right, too, because it doesn't restrict legal immigration.

"This bill will only get worse. As a starting point it's not acceptable," said Mark Krikorian, executive director of the Center for Immigration Studies.

Krikorian wants to see the level of legal immigration reduced and is concerned that the Trump proposal doesn't even start by calling for a cut in immigration.

"I don't think any of them really understands how important it is to his voters that there be some acknowledgement that numbers need to come down," said Krikorian. "Is it an actual legislative vehicle or is it a campaign statement? And if it is real legislation why would they start with what is already a compromise position? The art of the deal says you start with an aggressive position. Why wouldn't this have cuts to legal immigration."

While insisting that this is a serious proposal, the White House official also suggested that the Democrats running for president should be asked about the plan.

It currently isn't in the form of legislation, and there are no lawmakers signed on as sponsors. But Trump called the plan "pro-American, pro-immigrant and pro-worker. It's just common sense."

"If for some reason, possibly political, we can't get the Democrats to approve this merit-based, high-security plan, then we will get it approved immediately after the election when we take back the House, keep the Senate, and of course, hold the presidency," Trump said on Thursday.

After a pause for applause, he added: "But wouldn't it be nice to do it sooner than that?"