Accessibility links
Trump Pardons Conrad Black, His Friend And Author Of Trump Biography The former media mogul was convicted of fraud in 2007 and served more than three years in prison. Black says Trump told him he was reversing an unjust verdict, not rewarding him for his support. 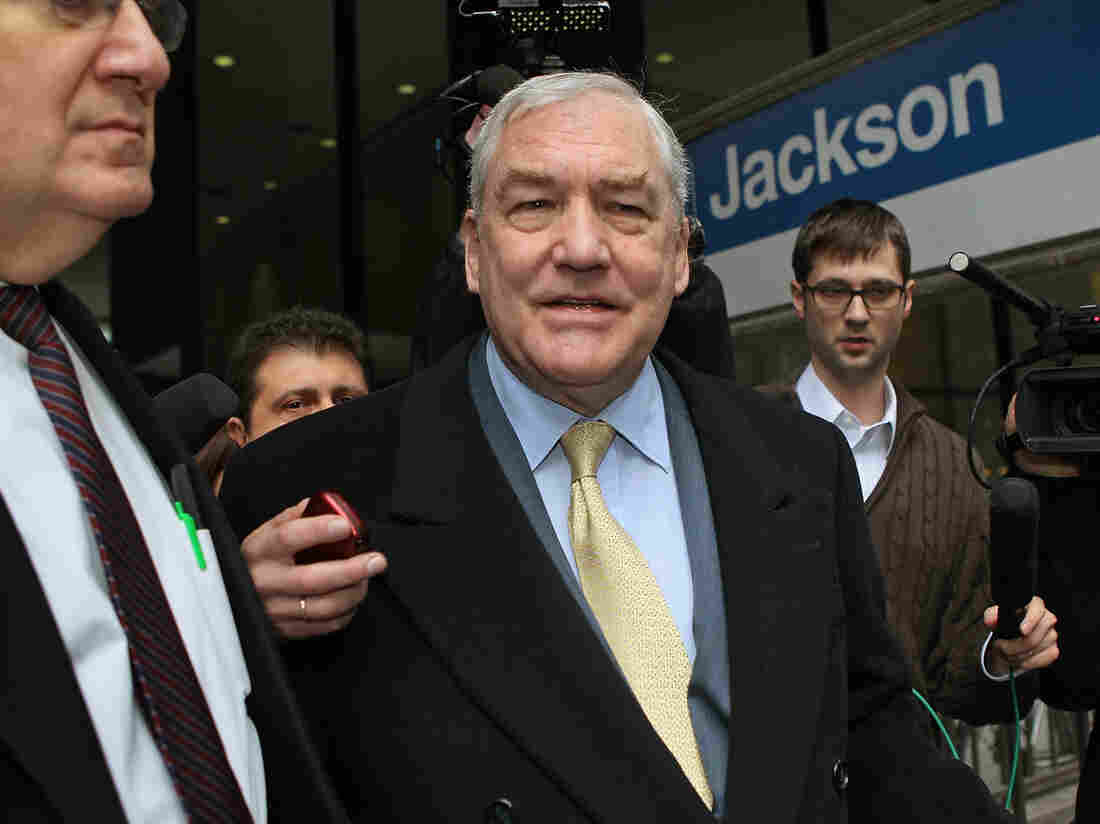 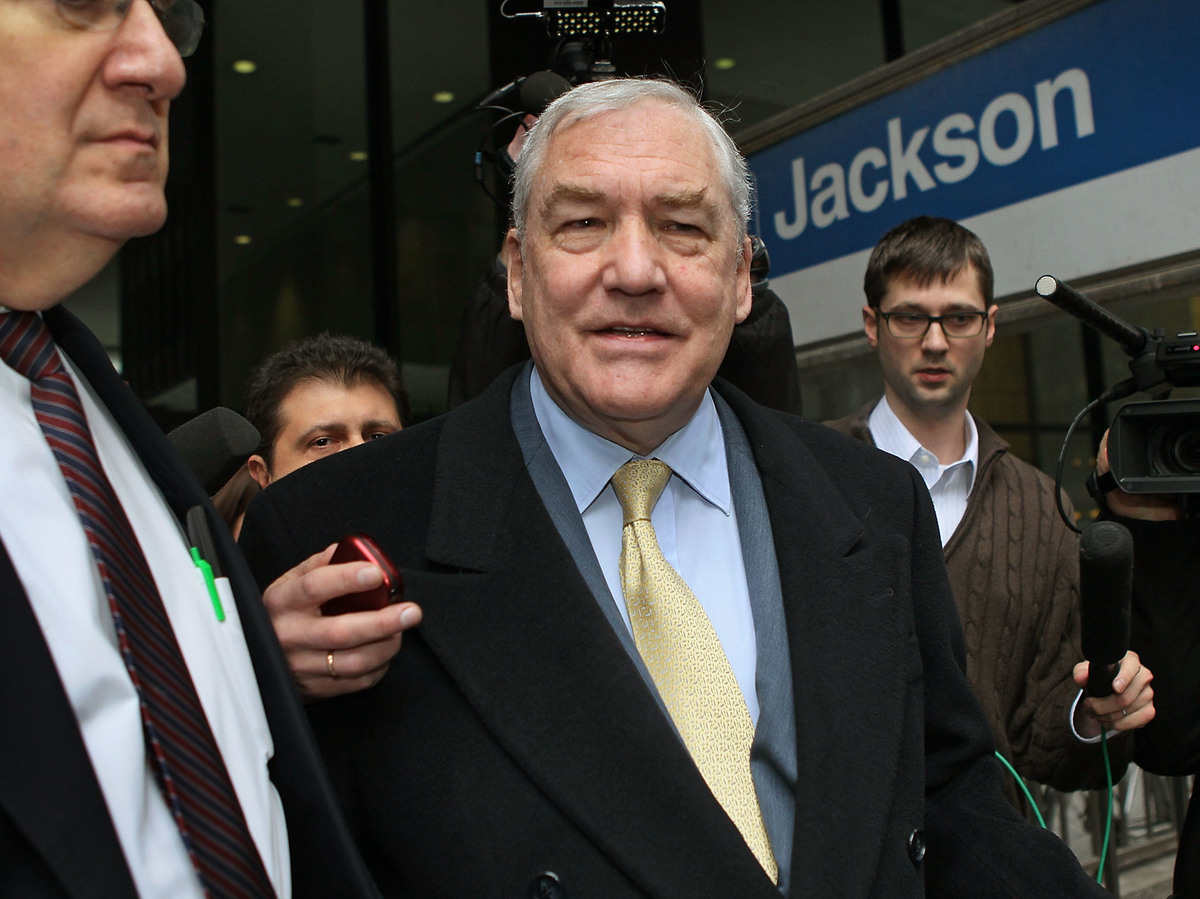 President Trump has granted a pardon to former media mogul and society figure Conrad Black, who was convicted of fraud in 2007.

Black is also a friend of the president and frequently praises him in his newspaper columns. Last year, Black published a biography of Trump, titled Donald J. Trump: A President Like No Other.

"Donald Trump's nature has always been to believe that almost anything can be achieved — that almost any obstacle and challenge can be overcome — through very hard work and cunning," Black writes in the first chapter.

Black grew a newspaper empire from one newspaper in Quebec to what was at one point the third-largest newspaper company in the world, with the Chicago Sun-Times and the London Daily Telegraph among its holdings.

In 2007, Black was convicted of obstruction of justice and fraud for illegally pocketing money that should have gone to stockholders. He spent more than three years in prison. During his 2007 trial, Trump had been expected to testify as a witness in Black's defense, before Black's lawyers decided against it.

An appeals court later overturned two of the convictions but left two in place, according to The Associated Press. He was deported to Canada upon release in 2012 and barred from returning to the U.S. for 30 years.

Black describes his "ordeal with the U.S. justice system" as "never anything but a confluence of unlucky events, the belligerence of several corporate governance charlatans, and grandstanding local and American judges," followed with intensity because he was a media owner.

In a press release, White House press secretary Sarah Sanders describes Black as an "entrepreneur and scholar" who "has made tremendous contributions to business, as well as to political and historical thought."

She also lists some other famous men who vouched for him: Henry Kissinger, Elton John, Rush Limbaugh and the late William F. Buckley Jr. She notes that Black is the author of biographies on Presidents Franklin Roosevelt and Richard Nixon, though she does not mention the Trump biography.

In 2015, Trump tweeted out a link to one of Black's columns titled "Trump Is The Good Guy." "[W]hat an honor to read your piece," Trump wrote. "As one of the truly great intellects & my friend, I won't forget!"

.@ConradMBlack, what an honor to read your piece. As one of the truly great intellects & my friend, I won't forget! https://t.co/3FGB0NyfaO

At least one observer speculated more than a year ago that Black's consistent praise of Trump might have been the work of someone angling for a pardon. Black had not applied for a pardon from Trump and did not wish to discuss the matter, the magazine Maclean's reported.

In an essay Wednesday night in National Post, a Canadian newspaper he founded, Black described getting a phone call from the White House he initially thought was a prank. But it was Trump on the line, apparently telling Black that the full pardon would "expunge the bad rap" he got. Trump gave him permission to say the motivation for the pardon was an unjust verdict.

"We've known each other a long time," Black recalled Trump telling him, "but that wasn't any part of the reason. Nor has any of the supportive things you've said and written about me."

A day earlier, Black had a piece in the conservative National Review. Its headline: "Smooth Sailing Ahead for Trump."