Accessibility links
Jeff Koons' 'Rabbit' Sells For $91 Million, A New Record For A Living Artist Robert Mnuchin, an art dealer and the father of the U.S. Treasury secretary, bought the sculpture for a client. Some art collectors consider the silver bunny to be "the holy grail of Koons works." 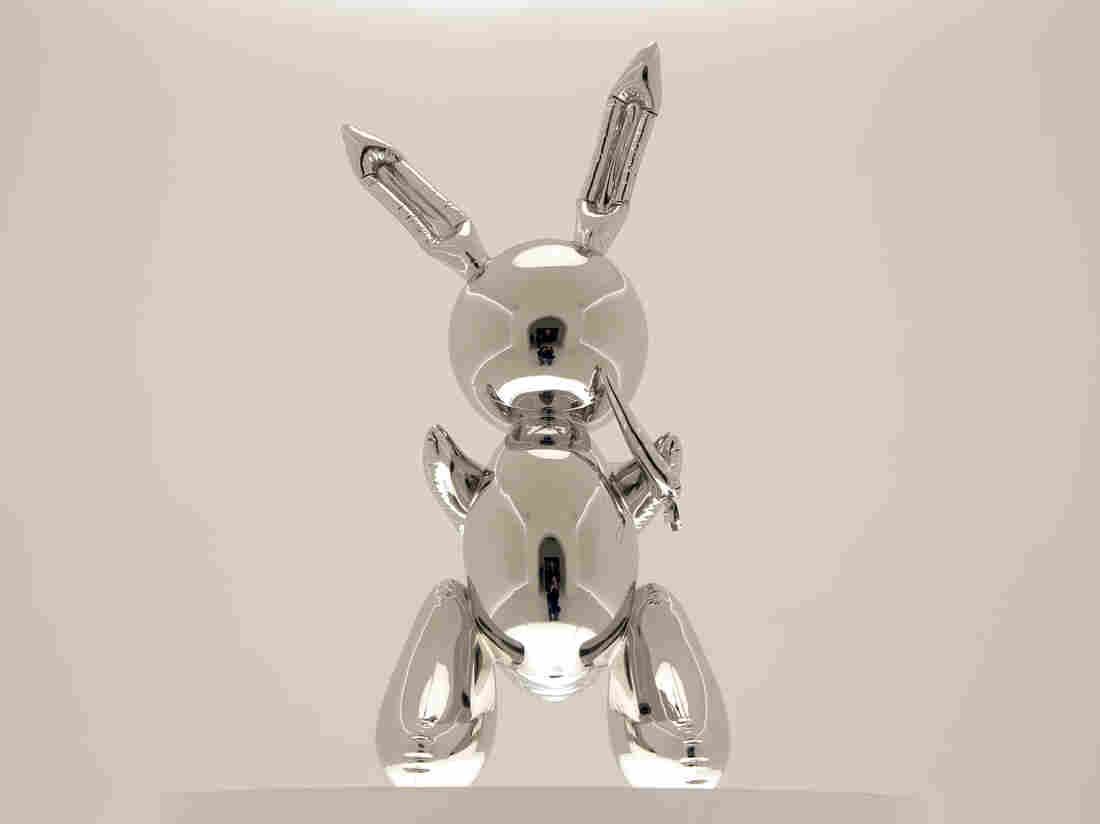 Rabbit by Jeff Koons was sold for more than $91 million at Christie's in New York on Wednesday night. It set a record for the most expensive work by a living artist to be sold at auction. Seth Wenig/AP hide caption 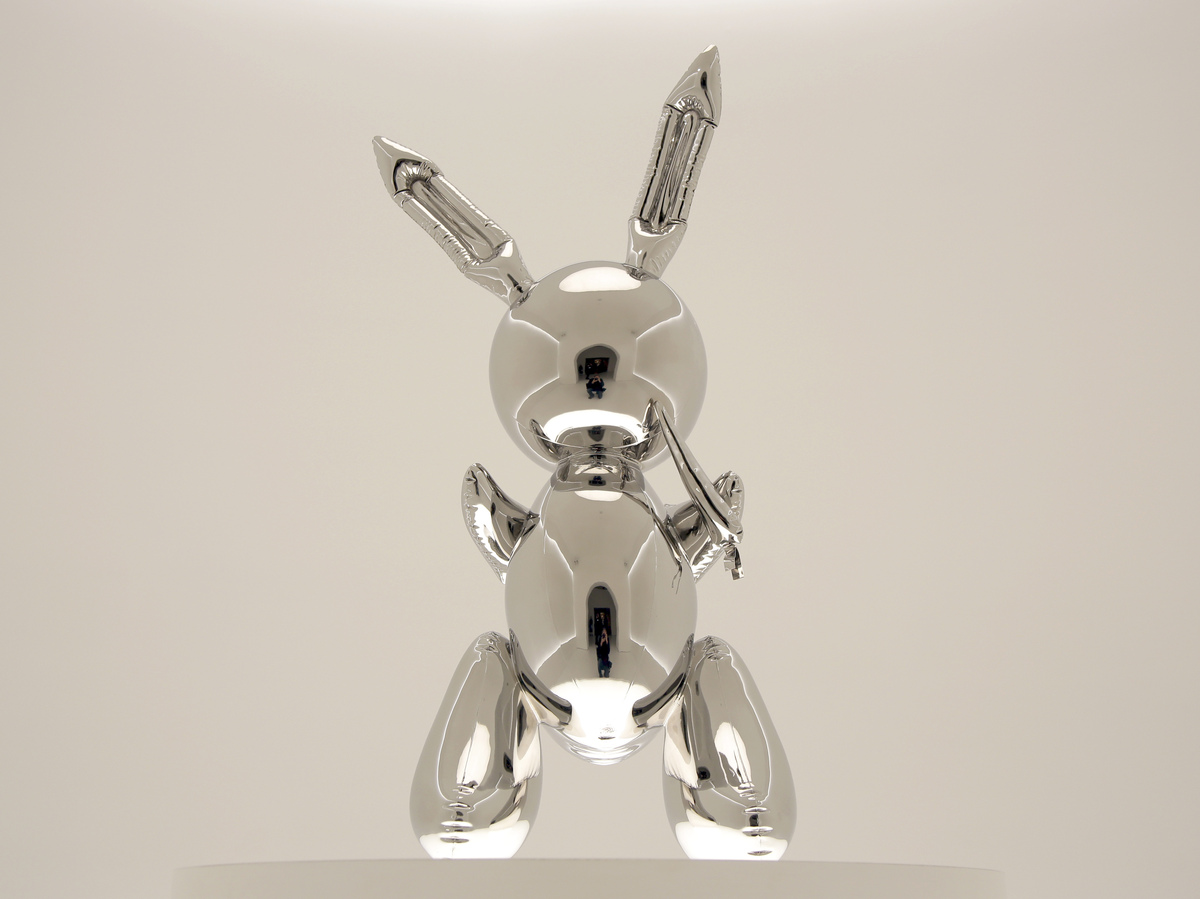 Rabbit by Jeff Koons was sold for more than $91 million at Christie's in New York on Wednesday night. It set a record for the most expensive work by a living artist to be sold at auction.

A 3-foot-tall silver bunny just set an art world record. Rabbit, by the playful and controversial artist Jeff Koons, sold for more than $91 million at Christie's Auction House — the most for work by a living artist at auction.

Robert Mnuchin, an art dealer and the father of the Treasury secretary, had the winning bid on behalf of a client.

The stainless steel sculpture is a faceless space bunny, a balloon that's not a balloon. The piece was one of 11 works that were offered from the collection of magazine publisher S.I. Newhouse, the longtime chairman of Condé Nast who died in 2017.

"The work is considered the holy grail of Koons works among certain collecting circles, and the bunny's allure was burnished by the fact that Newhouse was its longtime owner," Artnet writes. "It also received an extraordinary pre-sale display at Christie's with a custom-built room that perched the rabbit on a pedestal surrounded by lighting mimicking a James Turrell installation."

In its lot essay, Christie's described Rabbit as melding "a Minimalist sheen with a naïve sense of play":

"It is crisp and cool in its appearance, yet taps into the visual language of childhood, of all that is pure and innocent. Its lack of facial features renders it wholly inscrutable, but the forms themselves evoke fun and frivolity, an effect heightened by the crimps and dimples that have been translated into the stainless steel from which it has been made. ... The steel surface of the titular bunny initially appears smooth and balloon-like, the forms reduced to some abstract, Platonic ideal."

The sculpture was cast in 1986 in an edition of just three, plus an artist's proof. The one sold Wednesday was the last one in private hands, with the others in the collections of the Broad Art Foundation in Los Angeles, the Museum of Contemporary Art in Chicago and the National Museum of Qatar.

The sculpture has become something of a cultural icon. Case in point: Rabbit was turned back into a balloon to float above Manhattan in the 2007 Macy's Thanksgiving Day Parade. 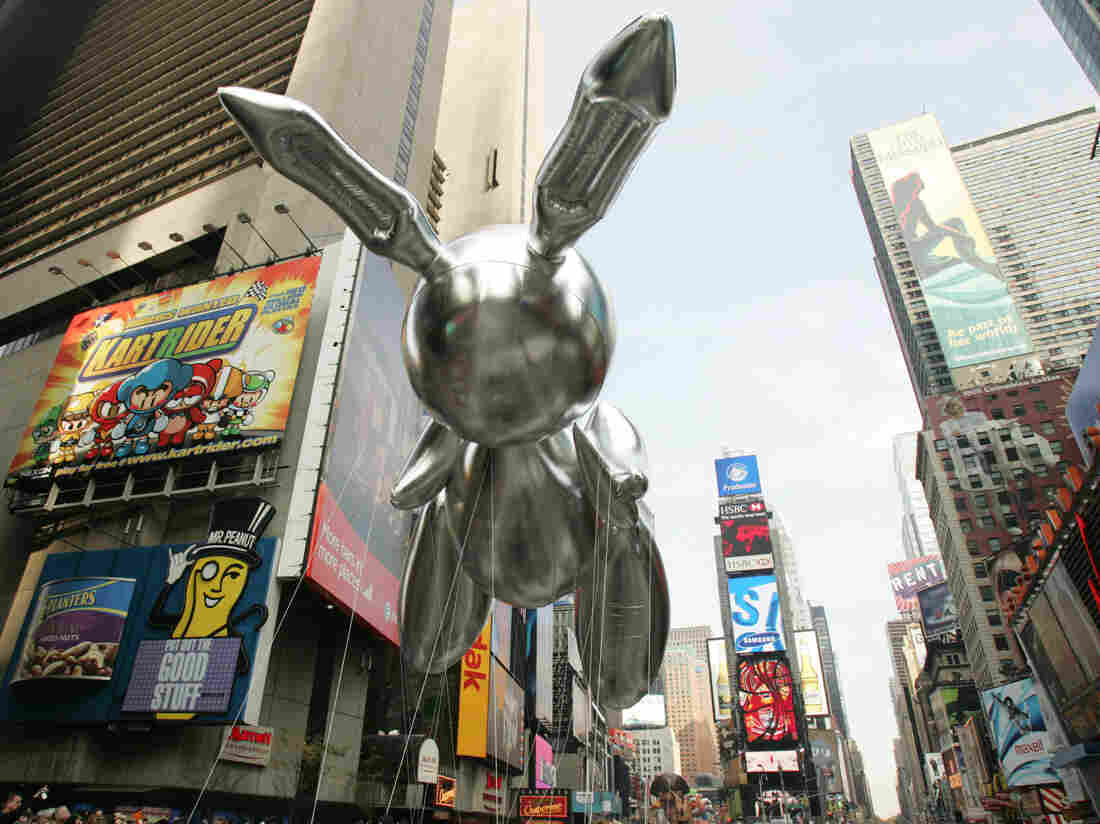 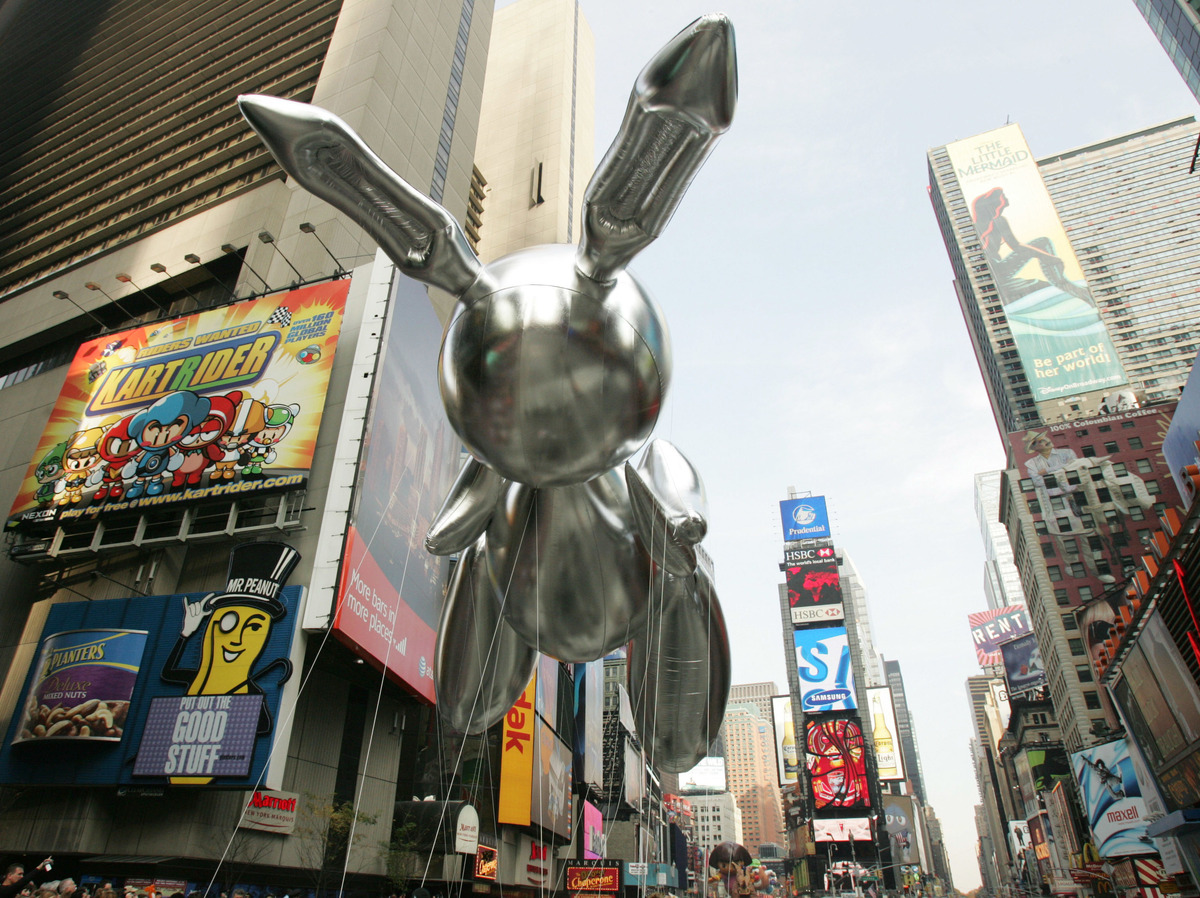 A balloon version of Rabbit floated in Times Square during the Macy's Thanksgiving Day Parade in 2007.

With the sale, Koons retakes the mantle of most expensive living artist. He had lost it the title to David Hockney, whose 1972 painting Portrait of an Artist (Pool with Two Figures) sold at Christie's last year for $90.3 million. Previously, Koons held the distinction when his orange Balloon Dog sold for $58.4 million in 2013.