Accessibility links
Missouri Senate Passes Bill That Would Ban Abortions After 8 Weeks It's the latest in a series of sweeping abortion restrictions passed by Republican-controlled state legislatures that appear aimed at pushing abortion challenges to the Supreme Court. 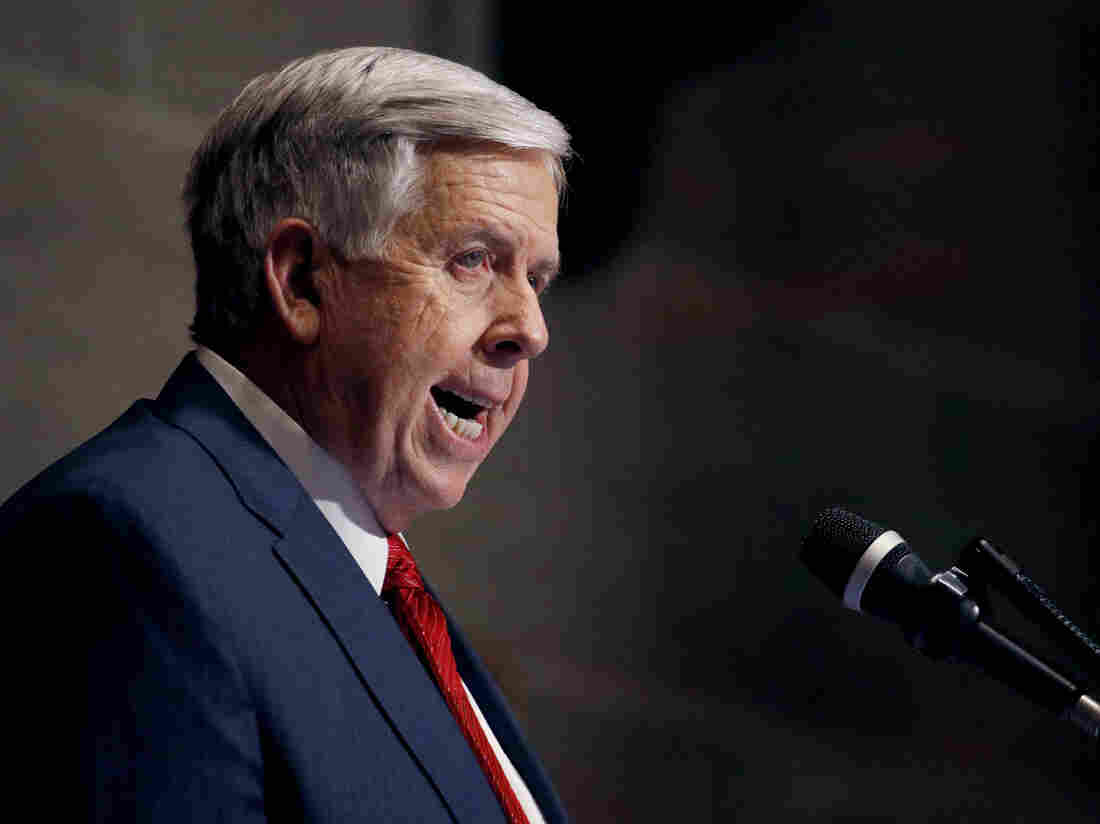 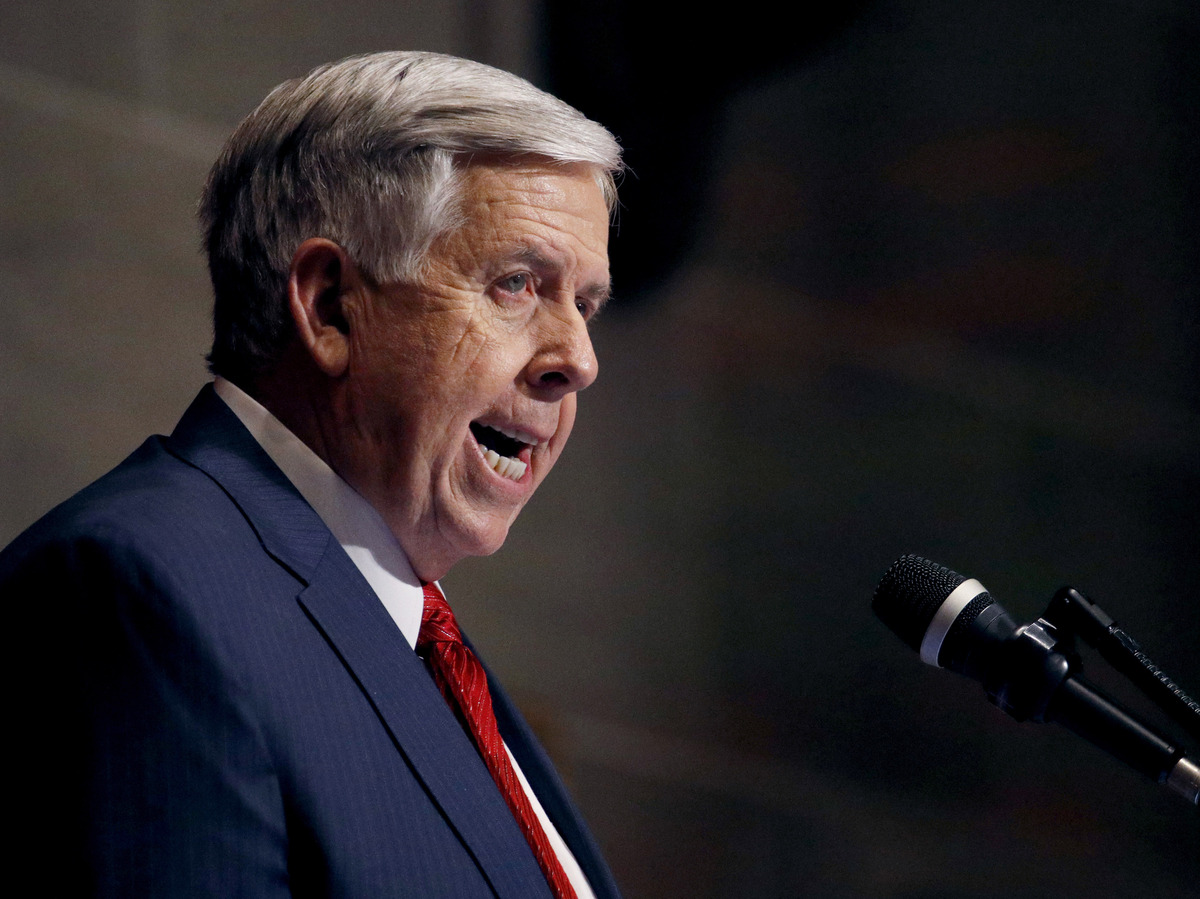 Missouri's Republican governor, Mike Parson, has been supportive of restricting abortions in the state.

Missouri's Senate has passed a bill that would ban abortions at eight weeks of pregnancy or later, except in cases of medical emergency. There are no exceptions for rape or incest.

It's the latest in a series of sweeping abortion restrictions passed by Republican-controlled state legislatures aimed at pushing abortion challenges to the U.S. Supreme Court.

The measure, which saw a series of changes before passing, will now return to the state House. If approved there, it would head to the desk of Republican Gov. Mike Parson.

"Thanks to the leaders in the House and Senate, we have the opportunity to be one of the strongest pro-life states in the country," Parson said on Wednesday.

The text states that performing abortions in violation of the measure would be considered a felony. The legislation states that "any person who knowingly performs or induces an abortion of an unborn child in violation of this subsection shall be guilty of a class B felony, as well as subject to suspension or revocation of his or her professional license." Women who undergo abortions would not be prosecuted.

In addition to having no exceptions for rape or incest, the bill also bans all abortions because of race, sex or a diagnosis of Down syndrome.

As St. Louis Public Radio reported, Democrats succeeded in changing a provision that would have required in most cases that the second parent be notified before a minor has an abortion. "Now, that second-parent notification only applies to the 'parent of a minor who has been awarded joint legal custody or joint physical custody' by a court," the member station writes.

A previous version of the bill also would have prohibited abortions after heartbeat activity could be detected — which is about six weeks into a pregnancy.

The Missouri Senate vote comes less than 24 hours after Alabama Gov. Kay Ivey signed into law what is considered the most restrictive abortion law in the U.S. It bans nearly all abortions, at any stage of pregnancy. The only exceptions are when a woman's life is threatened or if there is a lethal fetal anomaly.

Prior to the Missouri vote, Republican state Sen. Bob Onder said, "The time for negotiations is over. Every provision of the Missouri Stands for the Unborn Act ... is a provision that would protect innocent human life, protect pregnancy care centers and ensure that they get the resources they need to perform their valuable mission, and measures to protect the health and safety of Missouri women."

Asked about the possibility that Missouri women might seek less-safe forms of abortion, Republican Sen. Andrew Koenig told NPR's Here & Now, "I think there's a low risk. ... The abortion rate is plummeting, even in places where there is access to abortion and the Constitution says that every person has a right to life and it should be protected."

Some Missouri Senate Democrats spoke out against what has been called an "extreme" bill.

"This language four years ago would be unthinkable. But elections have consequences," state Sen. Lauren Arthur said, according to the member station. "And with new Supreme Court justices, there is a renewed attempt to overturn Roe v. Wade. And with that, there is a push in this Legislature to pass what I would characterize as very extreme legislation."