Accessibility links
Review: 'We Have Always Lived In The Castle' Is Too Flat To Creep You Out Shirley Jackson's novel is "a Gothic psychodrama that eats itself from the inside." But this adaptation proves too low-key and repetitive to build suspense and succeeds only in testing patience. 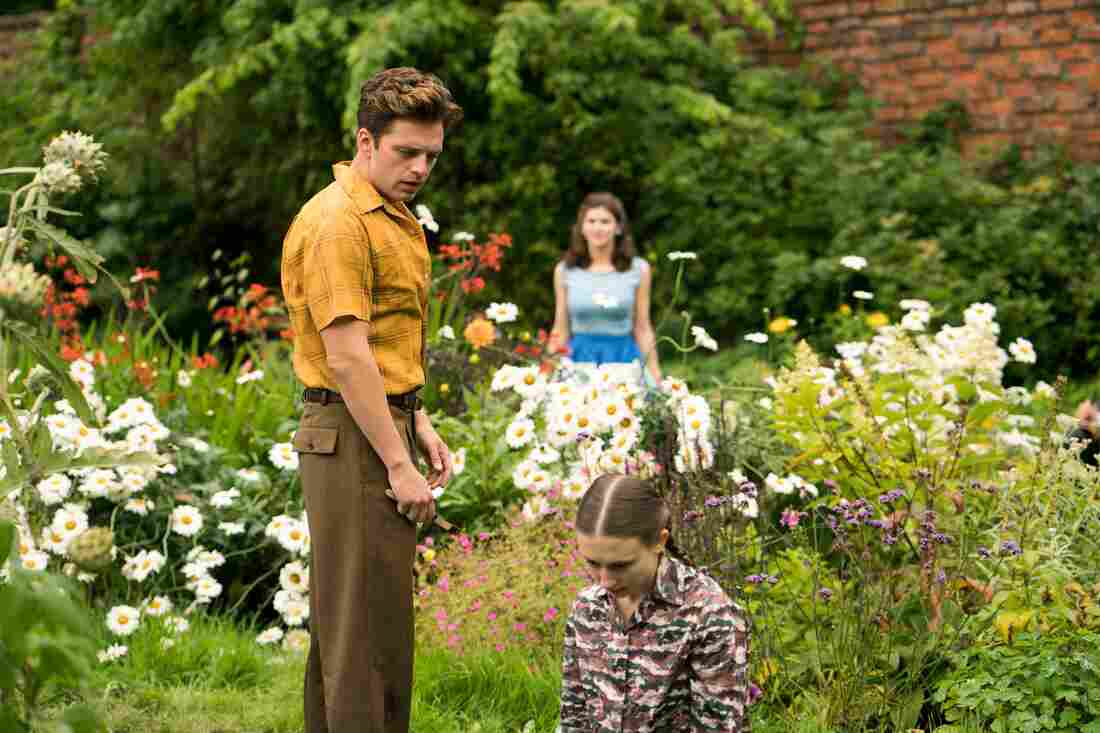 The "we" in We Have Always Lived in the Castle refers to Merrricat (Taissa Farmiga) and Constance (Alexandra Daddario). Charles (Sebastian Stan) is the new guy. Brainstorm Media hide caption 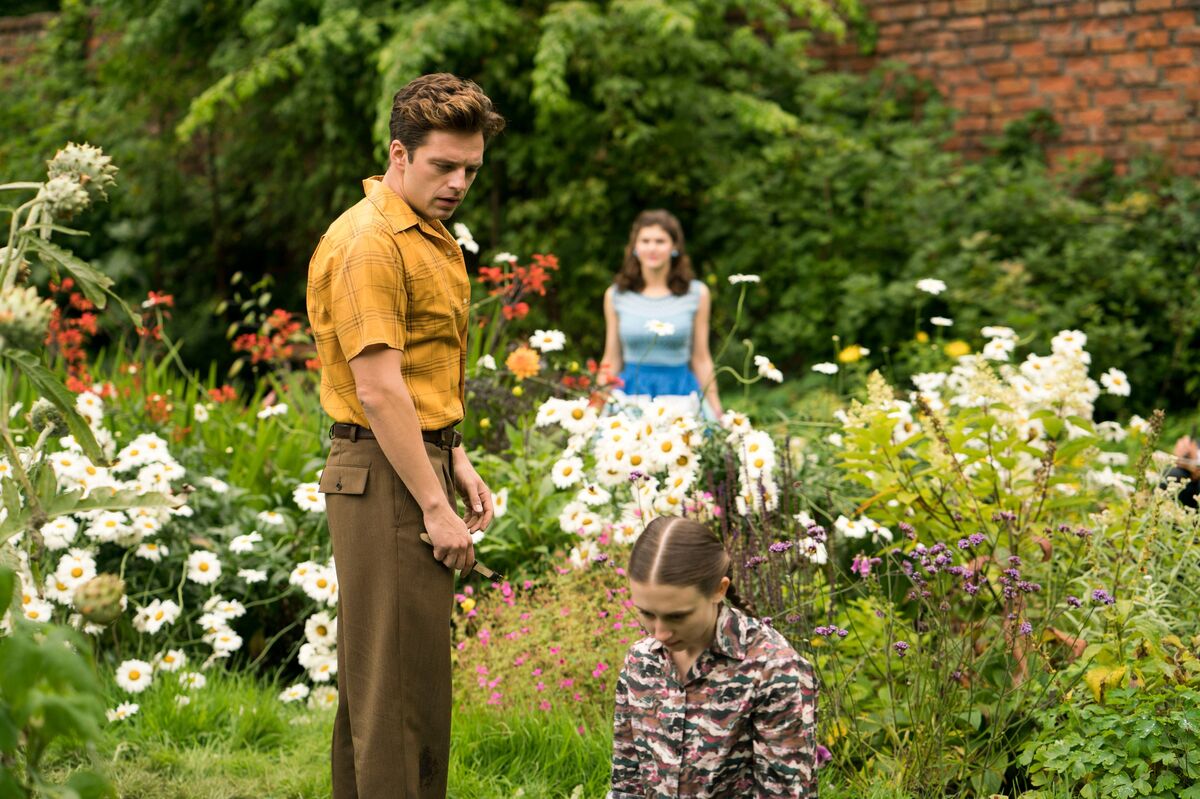 The "we" in We Have Always Lived in the Castle refers to Merrricat (Taissa Farmiga) and Constance (Alexandra Daddario). Charles (Sebastian Stan) is the new guy.

We have always lived in Shirley Jackson's castle, whether we knew it or not. The Vermont author's fables — grim visions of humans driven mad by forces they don't understand — have been a part of the American subconscious ever since her breakout short story "The Lottery" sent New Yorker subscribers into dry heaves in 1948. As the modern horror/thriller world has largely gone stale outside of a rarified few voices like Jordan Peele, filmmakers have turned to Jackson like a study-abroad child who moves back home. First there was Netflix's 2018 miniseries The Haunting of Hill House, and now we have a long-gestating film adaptation of her final novel, We Have Always Lived In he Castle.

But calling Castle "horror" would be a misrepresentation of the work, which is really a Gothic psychodrama that eats itself from the inside. The story centers around the peculiarities of the Blackwood sisters, the ones in the giant gabled manor up on a hill. They were orphaned years ago after their parents succumbed to a dinnertime poisoning. Who poisoned them? Constance, the elder Blackwood sister, was acquitted of their murder, but she's too terrified to even leave the house, let alone plan a gruesome arsenic attack. Maybe the answer instead lies with 18-year-old Merricat, a self-taught botanist and a nervous wreck who routinely nails or buries family artifacts in the garden to keep evil spirits at bay.

This is despite a mostly solid cast. Taissa Farmiga plays Merricat with her anxieties front and center, blindly battling a world she doesn't understand, while Alexandra Daddario makes Constance into a beautiful, naive waif whose cluelessness practically renders her a ghost. Two men are also in the picture: Crispin Glover is always halfway to disturbed, so he makes a fine Uncle Julian, the girls' dithering relative who was paralyzed by the poison attack and now spends his days obsessively recreating that deadly dinner in his memoirs. But Sebastian Stan, as the dashing cousin Charles who shows up at the house to woo Constance and make a stab at the family fortune, is never quite able to pull off the duplicitous charm of this strange new interloper.

Merricat naturally hates Charles, as he represents a threat to her carefully conceived order of the house. But she's pretty worked up even before he arrives, wilting from the effort of running errands in the village. Merricat's unreliable nature, the way her own sense of passivity sits at odds with her actual role in the Blackwood power dynamic, is another tough thing to pull off onscreen. If you just take her at face value, she can't be much more than a scared, stunted girl throwing temper tantrums, and that's essentially what she becomes in the film. It's a big part of the reason why the middle stretches of Castle feel so repetitive and dramatically inert, as we simply watch Merricat staking out Charles from a distance. The film misses its chance to really milk the simmering anger for all it's worth.

Of more interest is the broader picture of the town as seen through Merricat's eyes. Farmiga lets her whole body tense up when she has to leave the house; it's clear this girl has inherited her parents' disdain for common folk. And by showing us the masses who despise her right back, the film gets its chance to leave Merricat's head and explore prescient ideas of anti-elitism and mob mentality. It only takes a little spark to set the public off, their faces lit up by the (sometimes literal) flames of a regular order restoring itself.

Perhaps if the "castle" had a bit more atmosphere to it, the film's 96 minutes would feel richer. A crumbling old mansion up on a hilltop is an invitation to embrace the cinematic possibilities of Gothic architecture, everything stretching from the old Frankenstein and Dracula films and Hitchcock's Rebecca to the more recent creaky thrills of Crimson Peak (or even The Haunting of Hill House). Inherent to the classic setting is a certain amount of lavish decoration, an exoskeleton of gloom, that this film severely underplays with its flat lighting and cramped living spaces; the Blackwood manor mostly seems like just an old house. Which might be a fate scarier than anything Jackson could imagine.