Accessibility links
Review: An Unlikely Love Story Captured In 'Photograph" The writer/director of 2013's crowd-pleasing romance The Lunchbox returns with another heartwarming tale of unlikely love among the crowded streets of Mumbai. 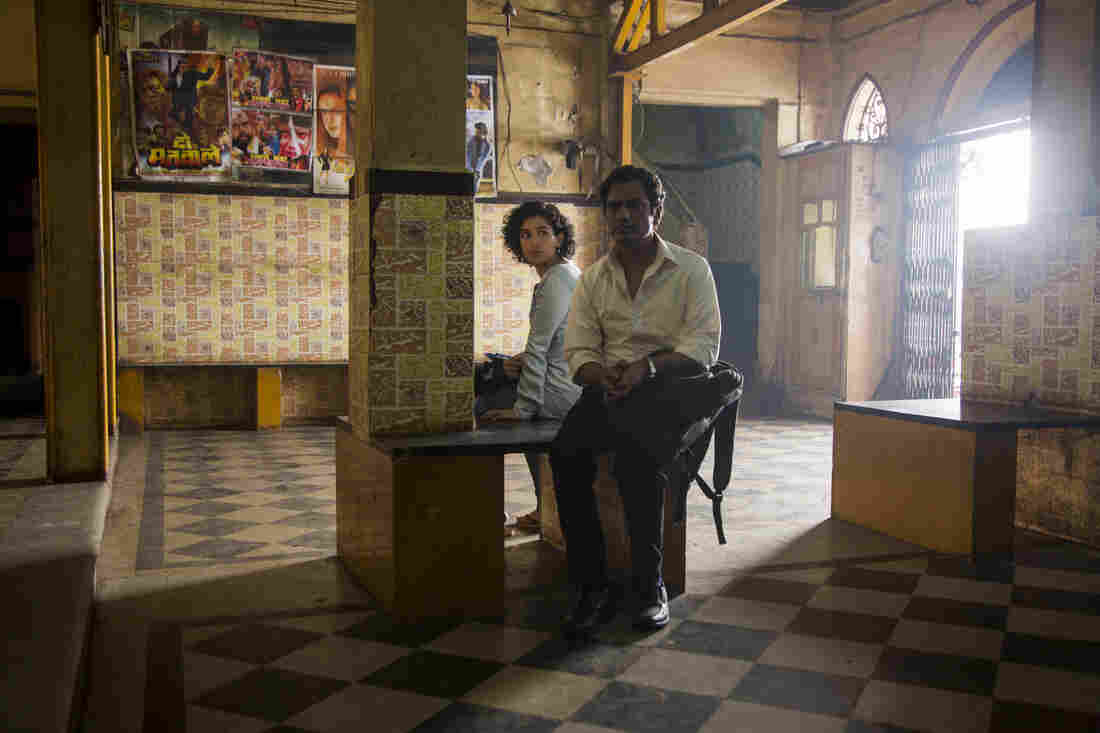 In Photograph, a street photographer (Nawazuddin Siddiqui) tries to get Miloni (Sanya Malhotra) to pose as his fiancee. Joe D'Souza/Amazon Studios hide caption 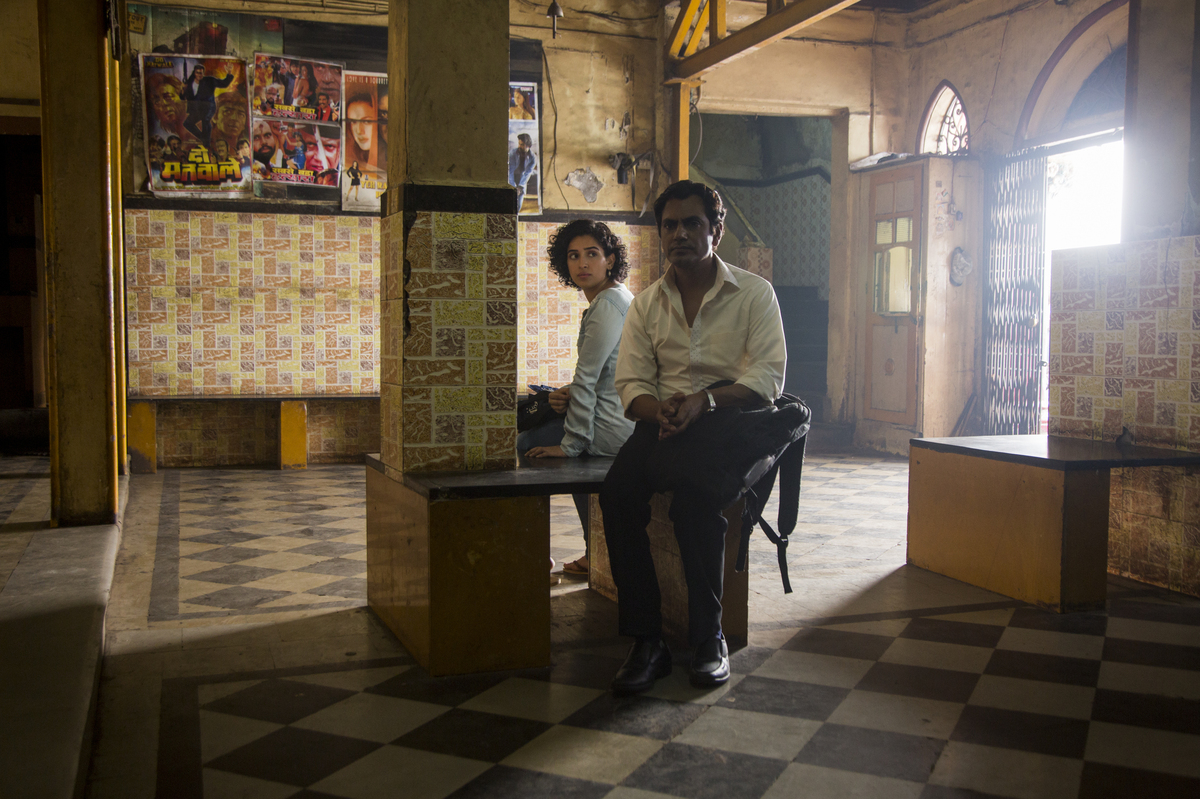 In Photograph, a street photographer (Nawazuddin Siddiqui) tries to get Miloni (Sanya Malhotra) to pose as his fiancee.

In Ritesh Batra's new film, Photograph, a villager scrabbling to make a living on the streets of Mumbai falls for a well-heeled young stranger whom he's persuaded to pose as his fiancée in order to please his grandmother. That hook is a durable staple of Hollywood and Bollywood movies alike, and both industries leave a strong footprint on Batra's mildly arthouse love stories. If you've seen the director's genial, if skin-deep 2014 hit The Lunchbox, you'll know him as a storyteller who's preoccupied with romance across social and geographical divides.

The Lunchbox, in which a stray food delivery sets up an epistolary romance between a lonely housewife and a testy widowed accountant, was a big hit in Batra's native India and in the Unites States, where he now lives. And there's more than a whiff of winning formula straining to repeat itself in Photograph, whichthrows two strangers together across India's rigid class divide and watches what happens as they haltingly try to reset the rules of non-engagement imposed by family and tradition.

An Unexamined Life, Examined And Re-Examined: 'The Sense Of An Ending'

Clocking in at just under two hours, Photograph takes its sweet time ripening a connection that may or may not mature into enduring love. The action — if that's what you call two people wandering around Mumbai — unfolds with the slow, intimate rhythms of classic Indian cinema, lightly juiced with the goofy high spirits and populist common touch of Bollywood.

At first glance the movie's heroine, Miloni (Sanya Malhotra), looks like any modern young Indian woman confidently navigating the streets of Mumbai, a teeming jungle where old and new rub boisterously against each other. Though her bourgeois family wants to wrap her in a pink sari and marry her off to the first suitable bidder, Miloni comes casually dressed in t-shirt and jeans, her curly hair cut short. She's also a celebrity on the city's billboards, where her head, topped with a ridiculous crown, looms over the crowds on ads for the business accounting school where she's a star student.

In fact, Miloni's a quiet introvert whose soulful dark eyes betray yearnings unsatisfied by her comfortable middle-class existence. When a lowly street photographer named Rafi (played by Bollywood star Nawazuddin Siddiqui) tentatively offers Miloni a photo he's just taken of her at the Gateway to India, a tourist spot where all sorts mingle, she's at once wary and intrigued.

She's Hindu and well off; he's Muslim and dirt-poor. The two come from opposite sides of India's strict class divide, but they have in common shy, reflective natures, and by accident and design they keep bumping into each other as they crisscross the city. Each has something the other wants. Miloni, we learn, feels more of a kinship with the maidservant (Geetanjali Kulkarni) who sleeps on her floor than she does with her own well-meaning parents. Rafi — who's desperately trying to pay off family debts so that he can prevent the sale of the village home of his grandmother Dadi (Farrukh Jaffar) — also needs, or thinks he does, a woman to stand in as his betrothed when Dadi visits.

An attentive and loving world-builder, Batra carries us between their disparate milieux, with most of the movie's amiable humor emanating from within the ramshackle space in a cavernous structure that Rafi shares with other migrant workers from his village, and where his grandmother bunks down without complaint. Love blooms in the cracks between Rafi and Miloni's worlds. So, too, does nostalgia: In one lovely scene shot in a woozy haze of light, the reticent photographer, who still addresses his beloved as "Madam," goes in search of a favorite Cola drink that's no longer sold, and finds a lone old man brewing one bottle at a time.

Bonding cheerfully with the putative bride, Dadi will turn out to be a lot wiser and less hidebound than her loving grandson gives her credit for. Tradition must be shed, yet what follows is more an accommodation than a rebellion. Photograph suspends itself, as only a movie can, between cheerful endorsement of mix-and-match modernity and inchoate longing for a gussied-up past that at least one of the lovebirds never actually experienced. That is cake both had and eaten, and in India's current stridently divisive world, and ours, the sweetly conciliatory and hopeful fantasy is welcome.