Accessibility links
Trump's Isolation Of China's Huawei Could Affect Global Supply Chain The Trump administration's crackdown on the Chinese telecom giant would cut it off from a vital supply of U.S.-made components. It will also force allies to decide on the 5G futures. 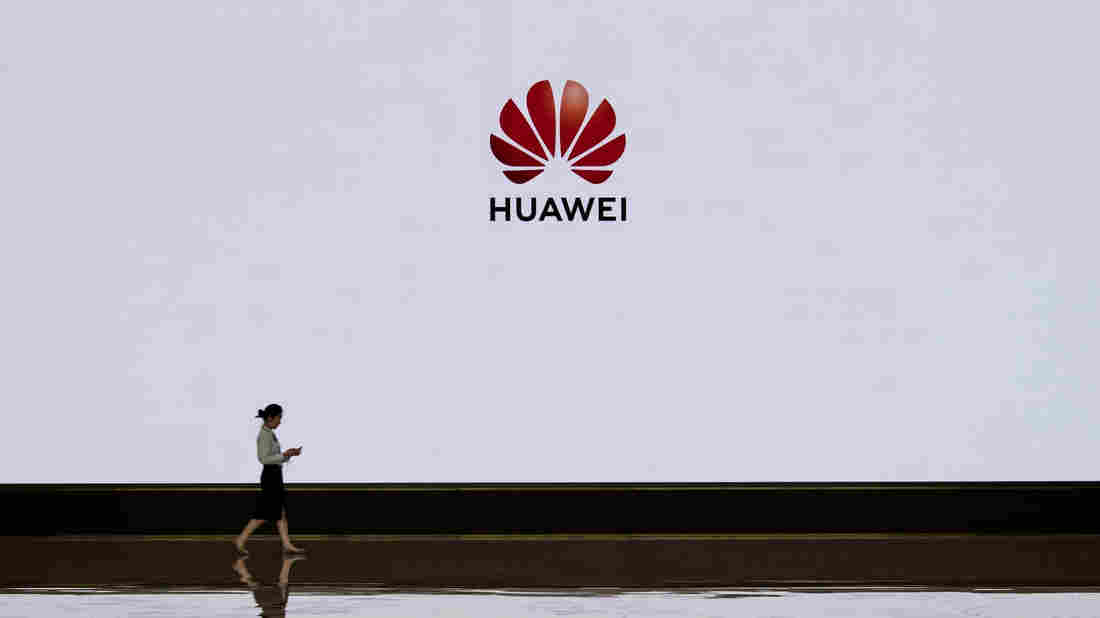 A member of Huawei's reception staff walks in the foyer of a building at the company's Bantian campus in April in Shenzhen, China. Kevin Frayer/Getty Images hide caption 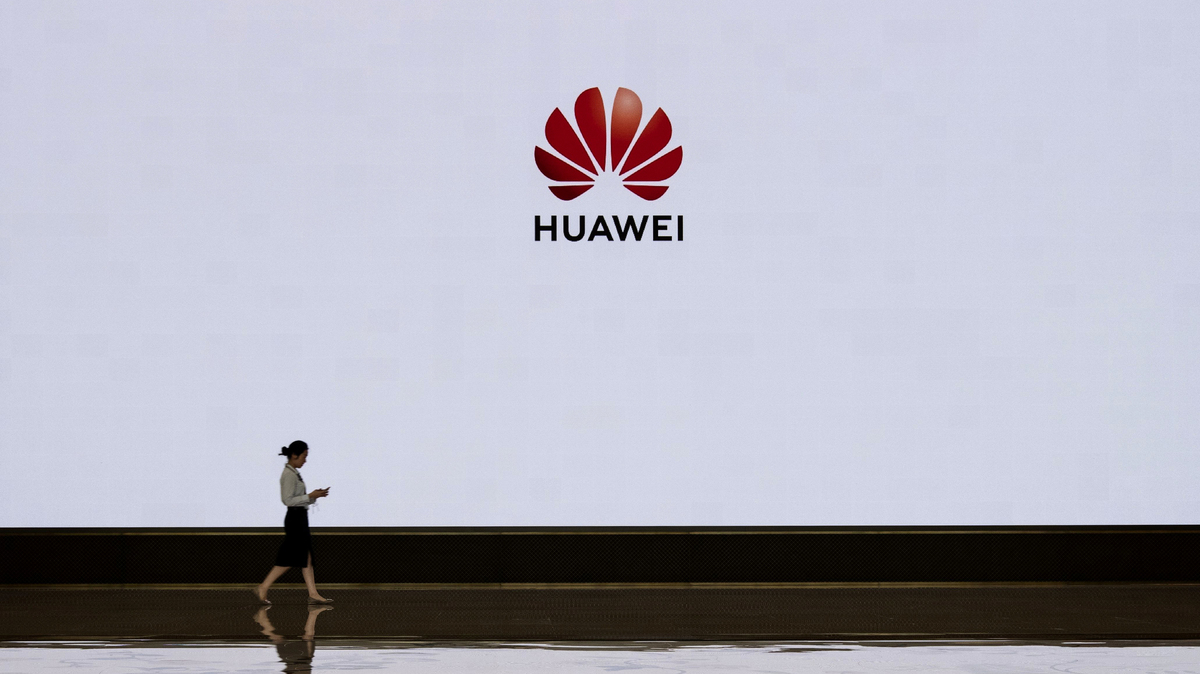 A member of Huawei's reception staff walks in the foyer of a building at the company's Bantian campus in April in Shenzhen, China.

A Trump administration decision to restrict the sale of U.S. technology to Chinese telecommunications company Huawei will disrupt global supply chains, say analysts, ramping up pressure on U.S. allies reluctant to join in efforts to shut out Huawei from advanced 5G mobile networks.

The Commerce Department on Wednesday announced it would add Shenzhen, China-based Huawei and its subsidiaries to a U.S. "entity list" — meaning it can keep Huawei from buying U.S. technology if "the sale or transfer would harm U.S. national security or foreign policy interests."

The listing came the same day President Trump signed an executive order enabling the government to block U.S. firms from buying foreign-made telecom equipment if it is deemed a national security threat — a move also widely viewed as directed at Huawei.

The apparent one-two punch is the administration's latest in a series of measures against China's largest telecom equipment company, as the two countries engage in tense trade and technology fights. The decision comes as some European countries consider whether or not to allow Huawei into their 5G systems.

"This is a direct message to Europe about how it should be thinking of the future of its 5G networks," says Paul Triolo, geotechnology head at political consultancy Eurasia Group. "The U.S. can allow some companies to sell to Huawei while ultimately holding the cards."

Telecom companies including Sweden's Ericsson and Finland's Nokia have been vying with Huawei to set up the world's first 5G networks, the next generation in mobile data infrastructure.

The new networks are critical to reaching data transmission speeds needed to support future "internet of things" applications, such as driverless cars.

5G's importance to emerging industries and its reliance on a complex mixture of software and hardware have countries like the U.S. worried that adversaries could easily hack the networks to access user data and divert communication traffic to their own servers.

In a statement, Huawei said it opposed the Commerce Department's decision, saying it was "in no one's interest" and would "do economic harm to the American companies with which Huawei does business."

Lu Kang, a Chinese Foreign Ministry spokesman, said the U.S. should "stop its wrong practices" and should not "abuse export control measures while making 'national security' a catch-all phrase."

The Trump administration has pressured its allies to preemptively ban Huawei equipment from their 5G networks, with limited success.

New Zealand, Australia and Japan have joined the U.S. in freezing out the Chinese company from future 5G plans. But Germany and France have not followed suit. Last month, the U.K. decided to allow Huawei restricted access to its 5G networks, a move first reported by the Daily Telegraph.

She says looking at Wednesday's executive order from Trump, "In some places, if you did a blind test with China's cybersecurity law and tried to guess which is which, it would be hard to tell."

"We didn't even know there was this decision"

The announcement that Huawei would be put on the Commerce Department's entity list took tech companies by surprise and many are now scrambling to figure out what that will mean for their operations. They argue a move to cut off Huawei from American technology sales would further decouple U.S. firms from the global technology supply chain and end an important revenue stream.

The entity listing affects major firms like chipmakers Qualcomm and Intel, which are Huawei suppliers. Even software suppliers like Google would have to apply for explicit Commerce Department permission to update Huawei's smartphone operating systems, which run on Google Android.

"We didn't even know there was this decision until members of the press received a statement Wednesday night," says on industry representative who declined to be named because they were not authorized to speak publicly.

Details of how these export controls will work have not been released and it isn't yet clear whether restrictions on Huawei will cover all American components or only a narrow subset.

If interpreted broadly, the controls on U.S. sales to Huawei could prove the biggest move yet to thwart the Chinese telecom company's ambitions to build the hardware underpinning its global 5G network.

"It's very difficult for Huawei to build a 5G base station without U.S. semiconductor technology," says Brett Simpson, co-founder at Arete Research, a London-based technology research group. He was referring to the thousands of antenna stations that will process 5G bandwidth. Huawei will have to procure parts from U.S. firms like Xilinx, Texas Instruments and Analog Devices, according to Simpson.

There will be less impact on Huawei's mobile handset business. Last year, Huawei was the world's second-largest mobile phone supplier by sales after Samsung.

Wary of growing hostility from policymakers in Washington, Huawei has been stockpiling U.S.-made components that go into its cellphones in case the flow of parts from America is disrupted. Analysts believe this strategic reserve of electronic parts could sustain Huawei for another year without new purchases from the U.S.

Meanwhile, memory chips used in Huawei smartphones that are produced by American firms like Micron could be substituted out for South Korean products.

Huawei has also poured significant investment into the development of its own advanced microprocessors through its chip design subsidiary HiSilicon. It runs research and development bases around the world in an effort to wean itself off of high-end U.S. components.

That could allow Huawei to avoid the fate of its domestic rival, Chinese telecom company ZTE. The U.S. ordered a complete halt of U.S. components to ZTE in April 2018, forcing the company to temporarily cease operations before the Trump administration significantly eased the restrictions in July.