Accessibility links
'Possible' More Counties Than Now Known Were Hacked In 2016, Fla. Officials Say The disclosure this week that two Florida counties were breached by Russian attackers in 2016 has officials worried about what more they don't know. 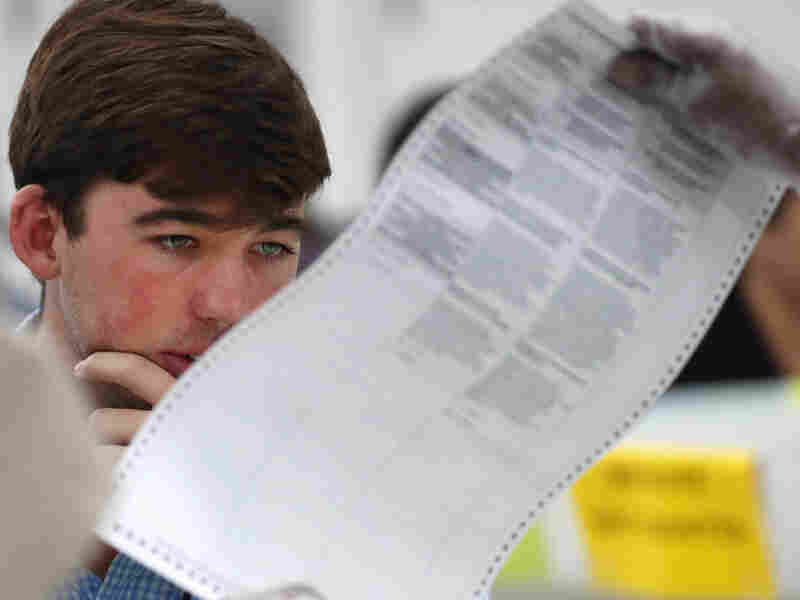 A Republican observer looks at a ballot during a hand recount last November in Broward County, Fla. Florida officials and lawmakers are still learning about cyberattacks there. Wilfredo Lee/AP hide caption 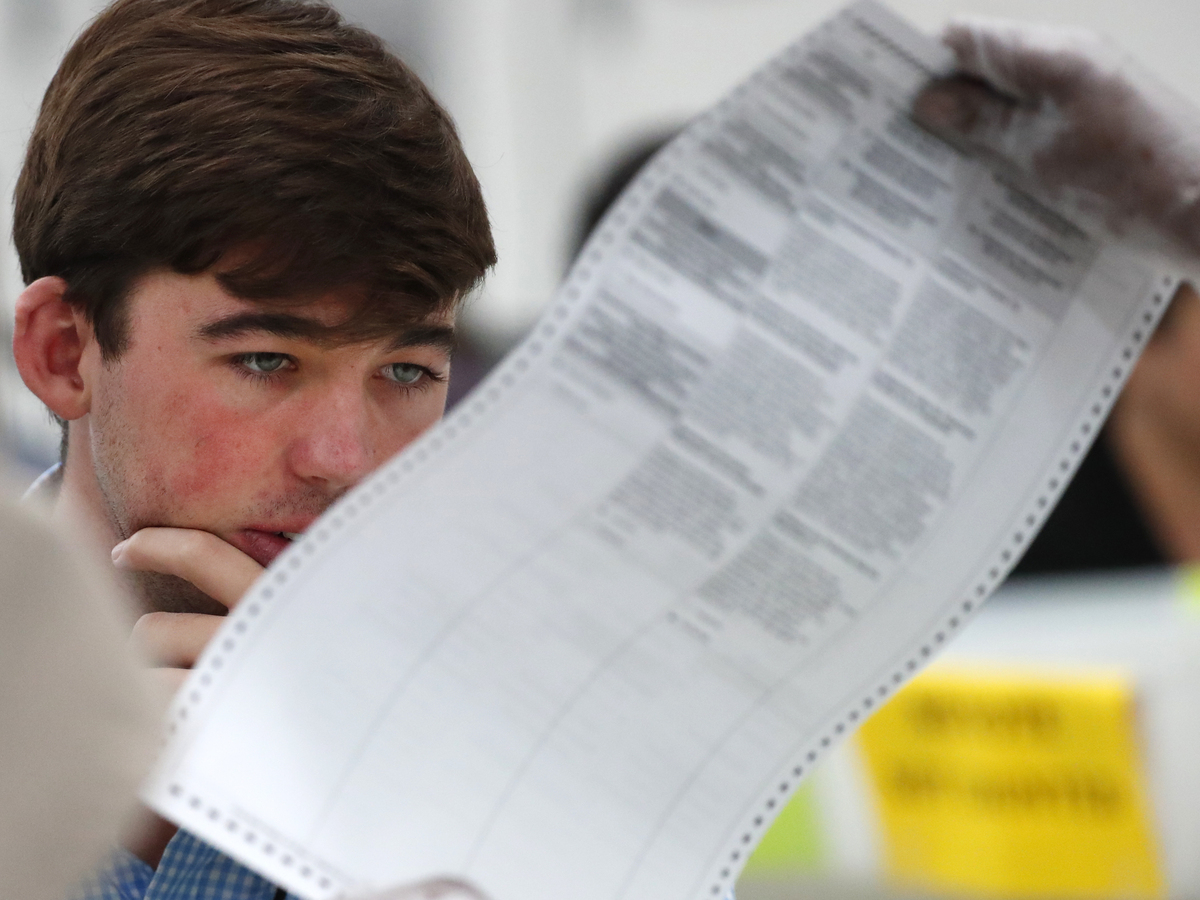 A Republican observer looks at a ballot during a hand recount last November in Broward County, Fla. Florida officials and lawmakers are still learning about cyberattacks there.

Florida lawmakers were angry Thursday when they emerged from an FBI briefing that left them with unanswered questions about the two county election offices in their state that were breached by Russian cyberattacks in 2016.

The bipartisan group of members of Congress was most frustrated with not learning about the hacks sooner. The first word of at least one intrusion came from a single line in special counsel Robert Mueller's redacted report, which was released publicly in April.

Florida Gov. Ron DeSantis then confirmed on Monday, after his own briefing with the FBI, that Russian attackers actually breached two Florida counties.

"This chaotic dribs and drabs of information that's coming out is doing more harm to our constituents' faith in the electoral system than just coming out and providing some information," said Rep. Stephanie Murphy, a Democrat who represents Florida's 7th District.

The lawmakers were briefed on which of Florida's 67 counties were successfully breached, but they, like DeSantis, said they could not disclose that information.

Members of Congress and election officials both say they're frustrated that more than two years after the 2016 election — and after the release of the Mueller report — they're still learning about exactly what happened in the wave of interference.

Rep. Michael Waltz, a Republican who represents Florida's 6th District, was asked if he thought there were more U.S. counties breached in 2016 that the public still doesn't know about.

Lori Edwards, a supervisor of elections in Polk County, Fla., said she couldn't think of a good reason not to disclose what happened, given how long it has been since the 2016 election.

"I just honestly cannot make sense of why people are trying to keep a secret from three years ago. And as a matter of fact, I think they are making it worse by doing so," Edwards said. "It's kind of like a noise in the dark — a lot worse than when you can see what really happened. People are just assuming the worst."

Mueller's office has charged a group of intelligence officers in Russia's military spy agency, the GRU, in connection with the cyberattacks that targeted a number of state election officials and vendors around the United States.

The Russians appear to have focused on trying to discover what was contained in state and contractor databases, although public information remains incomplete as to the full nature of the cyberattacks.

DeSantis and other officials have stressed that there is no evidence that cyberattacks changed any votes.

Lawmakers confirmed on Wednesday, however, that the Russian hackers did gain adequate access to be able to change voter registration data if they'd wanted, although there is no evidence that they did so.

The systems used to tabulate results are not connected to the registration systems.

"What the FBI has come forward with is that they have no evidence that the voter database was tampered with," Waltz said. "But their level of confidence was unclear."

The Florida lawmakers made a point of trying to show that concerns about election security aren't partisan.

Rep. Matt Gaetz, a Republican who represents Florida's 1st District, has been among the leading critics of Mueller's investigation into President Trump's campaign. On Thursday, Gaetz said voters in Florida need more information about Russia's interference efforts in 2016.