Accessibility links
Window Washers Rescued From Basket 'Swinging Violently' Atop Oklahoma Skyscraper Video posted by the Oklahoma City Fire Department shows an out-of-control basket at the top of the skyscraper wildly twisting in the wind with two workers on board. 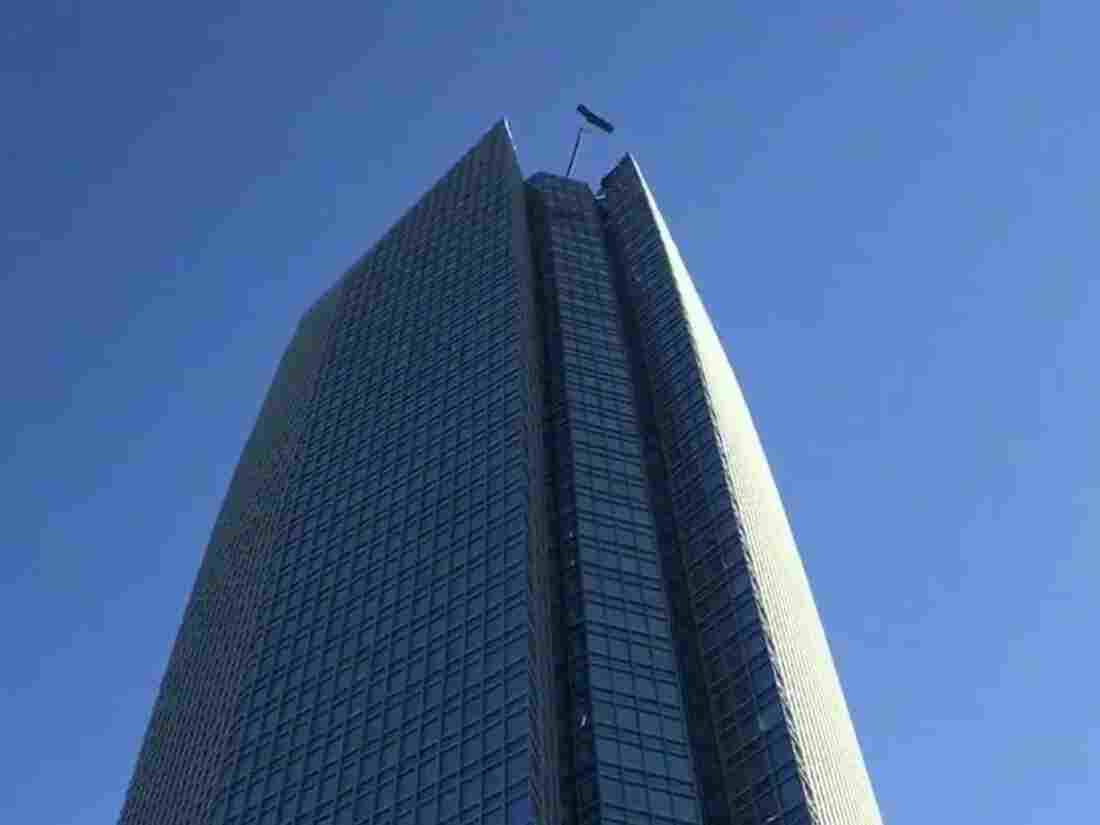 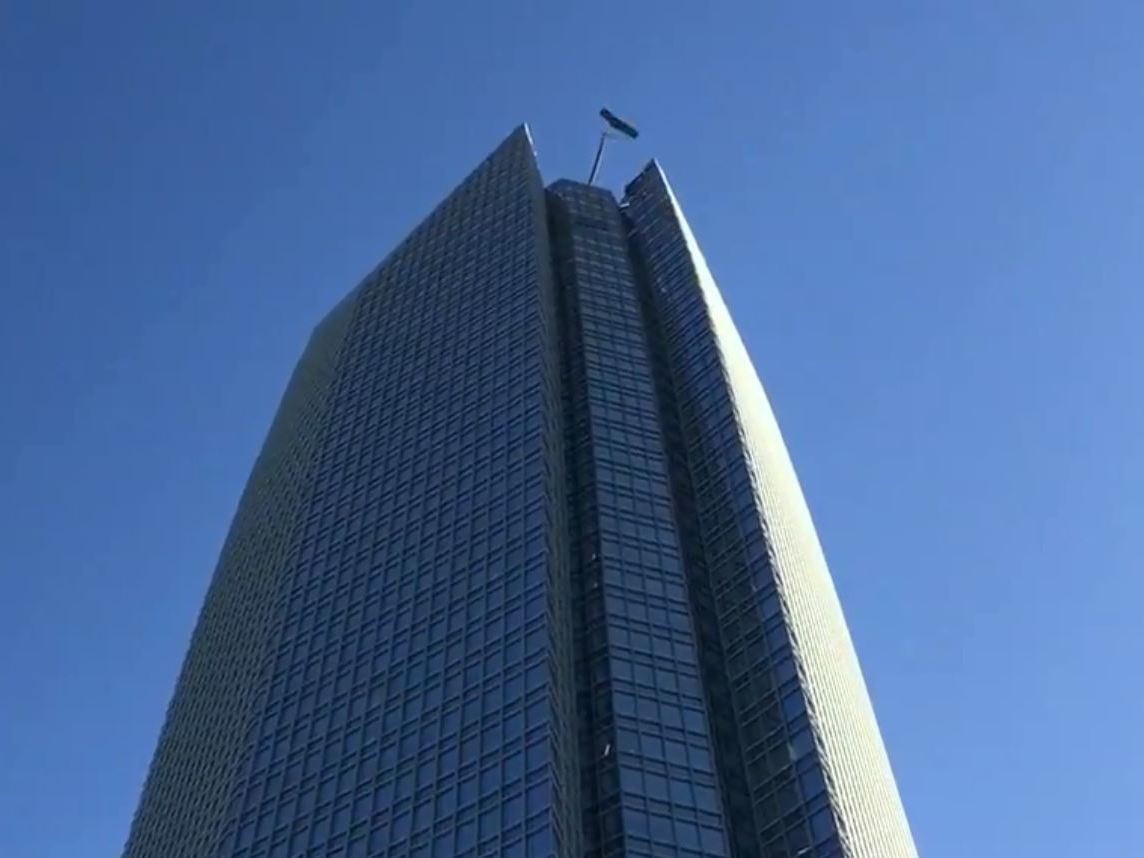 Early-morning commuters in Oklahoma City on Wednesday may have caught a harrowing sight: a window-washing basket swinging wildly at the top of the tallest building in the state.

A video posted by the Oklahoma City Fire Department shows the basket, connected to a crane but suspended some 50 floors up from street level, extending and spinning over the street, then flying back toward the building.

"There were two workers in the cradle, and it was swinging violently," Benny Fulkerson, a spokesperson for the fire department, told reporters. "And it had broken some windows, and it was a very tense and scary situation, obviously, for those two employees who were in that cradle."

UPDATE | Technical Rescue - Devon Tower | Here is video of the out of control basket as firefighters attempt to control the device. DM pic.twitter.com/IzT65CaHnA

Firefighters arrived on scene and rapidly traveled to the roof of the skyscraper, which is known as the Devon Tower and houses the Devon Energy company.

Deputy Chief Mike Walker was in charge of operations on top of the building. He said the crane that the cradle was attached to had "ceased working," likely due to high winds.

"Our first priority was to stop the cradle from swaying in the wind as much as it was," said Walker. In an operation that took about 45 minutes, rescue crews were able to get the crane working and lower the arm, then secure the cradle with ropes and eventually pull it in.

"One of the workers in there was trying to communicate with us, and he was excited. The other one was very calm and just holding on," Walker added. "They had enough conscious thought about them that they were compliant to instruction. They actually assisted greatly with their own rescue."

Fulkerson said the two men did not appear to be injured. They were evaluated at the scene by medical personnel and refused further treatment or transport.

Law enforcement closed several streets around the area to protect people from falling debris and they remained closed on Thursday.

"We're working as quickly and as safely as we can to secure the exterior of the tower, but we believe it is not yet safe to open the nearby streets and park," Devon Energy said Thursday.

"Work is underway to identify and secure glass and metal that could fall from the tower," the company said. "The most-concerning piece of debris has been tethered to the interior of the building with clamps and cables. Next steps are to devise and execute a plan to safely remove it."

Devon Energy is also planning inspections and repairs of the "crane, cables, and platform that caused the damage."