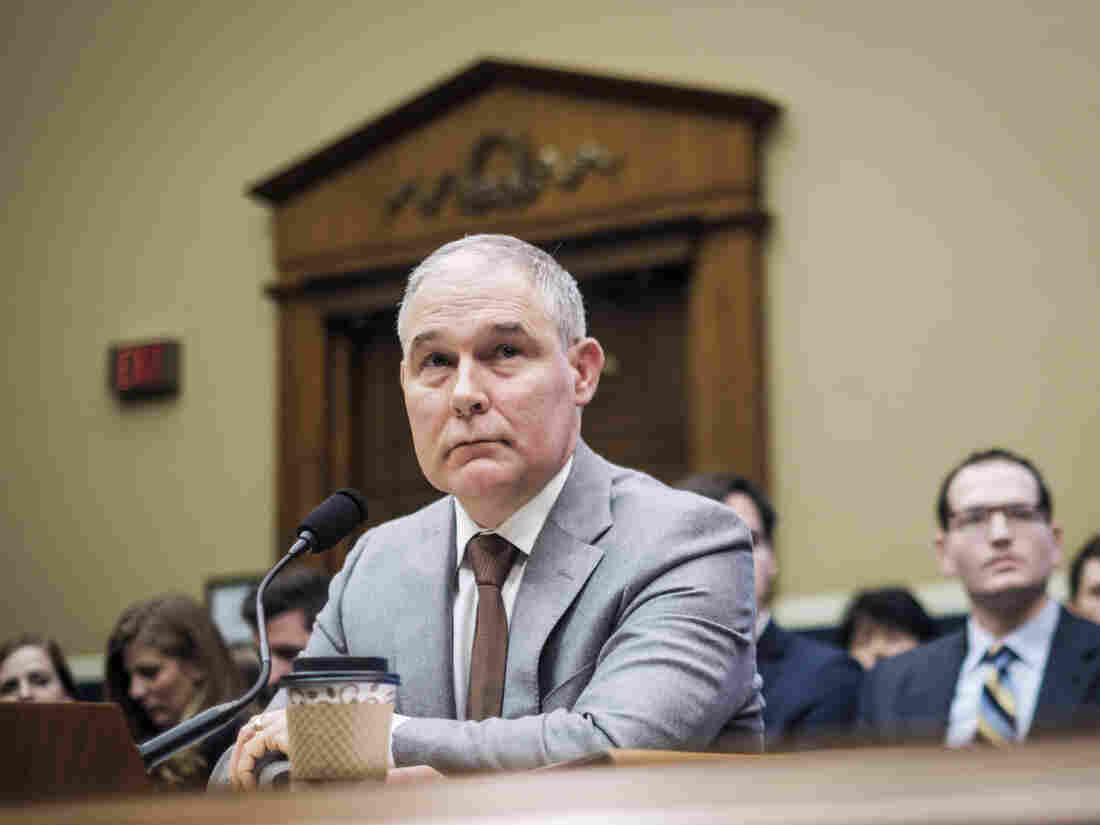 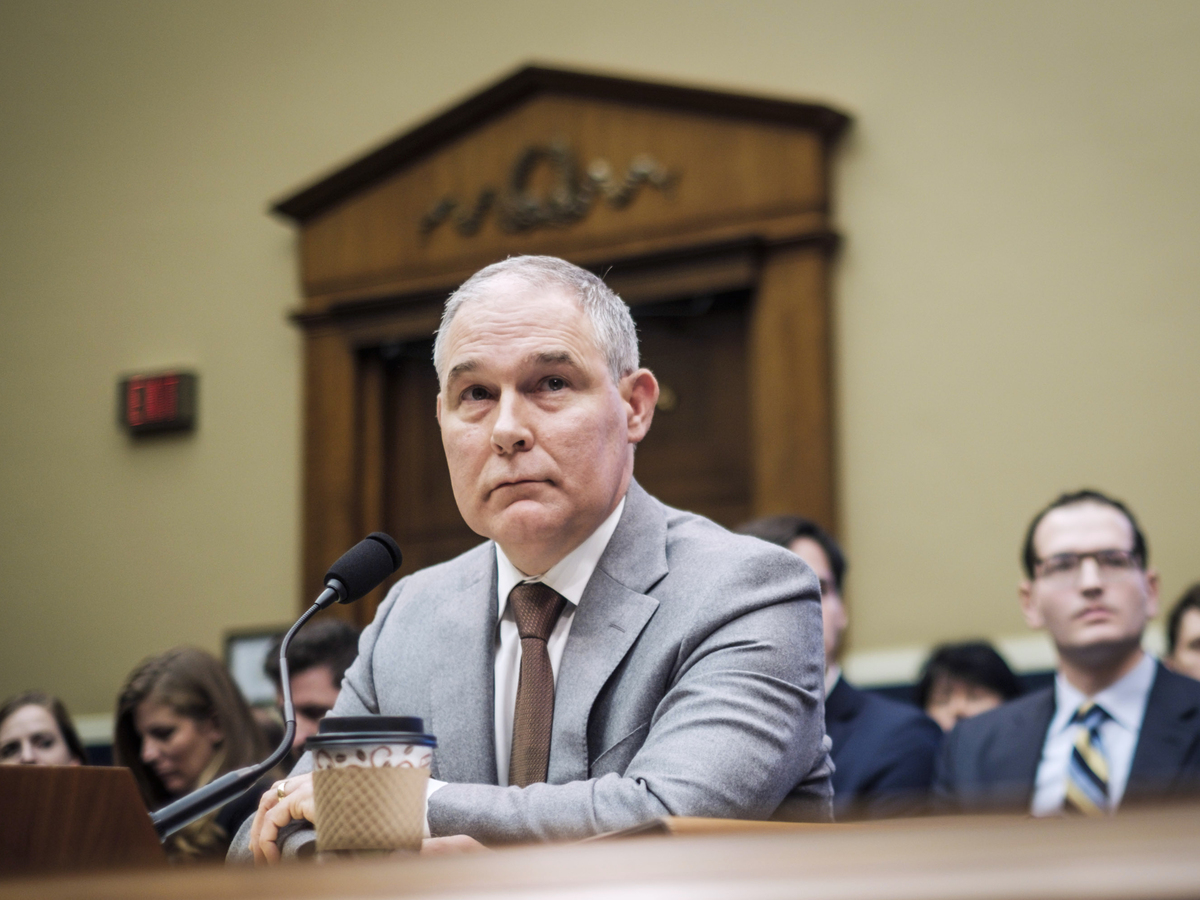 Scott Pruitt, the former head of the Environmental Protection Agency, and his staff spent roughly $124,000 in excessive travel costs during a ten-month period, according to a new report from EPA's internal watchdog.

Pruitt, who resigned from EPA almost a year ago amidst a litany of ethics allegations, and his personal security detail flew in first or business class "without sufficient justification and, initially without appropriate approval authority," the report says.

The EPA's Office of the Inspector General recommended that the agency consider recovering the estimated $123,942 in excessive costs.

In a statement, the EPA says it believes that it complied with federal travel regulations, "making cost recovery inappropriate."

The audit reviewed 40 trips, including six canceled ones, that Pruitt planned or took in 2017. Nearly half of those trips stopped in, or were to, Tulsa, Okla., where Pruitt maintained a personal residence while he was the nation's top environmental steward. The report found "missing detailed support" for some of those trips.

The travel during that ten-month period cost taxpayers almost $1 million.

Pruitt's 24-hour security detail ate up most of that money. In a previous audit, EPA's inspector general found that the agency spent twice as much protecting Pruitt as it did his predecessor.

The EPA and Pruitt, who now works as a consultant for coal companies, said those protections were necessary because of personal threats against the former-administrator.

During his 16-month stint as head of the EPA, Pruitt's security costs, travel and other actions drew criticism from his predecessors, Democrats, environmental groups and even some Republican lawmakers.

The EPA's inspector general says the office received numerous congressional requests and hotline complaints about Pruitt's travel. The new report came as a result of those.

In addition to first-class travel, the audit found that lodging expenses exceeded per diem limits during some of Pruitt's travel as well. There was also inaccurate or incomplete reports for international travel.

Pruitt is not the first member of the Trump administration to be questioned about his travel on the taxpayer dime.

Tom Price, the former head of the U.S. Department of Health and Human Services, broke federal rules on using chartered and military planes for government travel. Price resigned amidst controversy over that, as President Trump complained that he "didn't like the optics" of using taxpayer-funded charter flights.

A report by the Interior Department's inspector general found that former Interior Secretary Ryan Zinke violated the agency's travel policy by having his wife travel with him in government vehicles.

The EPA's watchdog says that actions are needed to strengthen controls over travel at the agency to "prevent fraud, waste and abuse."