Accessibility links
'A Bend In The Stars' Tells A Tale Of Injustice And Romance Barenbaum says she was inspired by the story of Albert Einstein's race to prove his theory of relativity. The novel digs into questions of philosophy, time, and whether rules are meant to be broken. 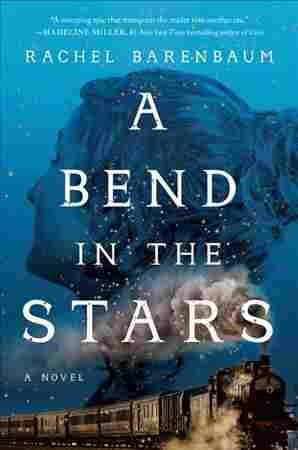 A Bend in the Stars

Title
A Bend in the Stars
Author
Rachel Barenbaum

These two threads intertwine in a new novel called A Bend in the Stars. The story centers on Vanya and Miri, Jewish siblings who might be able to avoid Vanya's certain death on the front lines — if he can prove that gravity bends light.

A Bend in the Stars is Rachel Barenbaum's first novel, and it's somehow a history of science, a story of injustice, a romance novel, and an adventure tale all at once. But Barenbaum says what first attracted her was the science. "I was reading this blurb in Scientific American in 2014, and it said a hundred years ago this month, Einstein was on the verge of proving relativity, and if he had only gotten to Russia or his team had gotten to Russia to photograph the total solar eclipse, he would have had his final piece of proof. He could have shown that gravity bends light. And I just thought before I even put the magazine down that that was a brilliant story idea. What if someone beat Einstein?"

I think maybe this is why — one of the reasons why I dug into it so deep and so hard — was because I think people shy away from relativity, from science. I hear a lot of people saying, oh, I don't do numbers. And I always wonder, well, why not, right? Some of these basic ideas — relativity is more philosophy, Einstein was more of a philosopher before he dug into the math, the proof of what he did. So I really want to be able to talk about it from the idea side, you know, not dig into the equation side.

On the ideas she wanted to explore

Well, for starters, time — especially around the turn of the century. Trains were popping up. There are a lot of trains in the book. And in order for trains to work, you need schedules. And in order for schedules to work, you need to agree on a clock. So a clock in Switzerland might be 15 minutes ahead of a clock in France. There was no central clock, central time that everything was set to. And the problem was there was no way for all the clocks to be started at the same time so that everyone could agree on an exact time. So this was the problem of simultaneity and exactly what Einstein was working on in the patent office where he started — famously started out. There were these ideas of using pneumatic tubes or, you know, all kinds of ways people were inventing to start clocks. And he realized really what we need to use is light ... We take it for granted now that, oh, you know, my plane is at 9 o'clock. I have to get there at 7 o'clock to go through, you know, security or whatever. But at the time, there was no standard schedule. That just blows my mind.

On the role of the Jewish lunar calendar in the book

So this again comes back to the question of time. I think I'm a little bit obsessed with this notion of time. Because the Jewish calendar is different from the Gregorian calendar that we use in the U.S., everything about it, including days — Jewish days start at sundown, not at midnight. And so I wanted to draw attention to this idea that there are different ways of tracking time, tracking days. But also there's a soul to the characters.

Two of the main characters are Jewish, Miri and Vanya. And you know, the turn of the century, anti-Semitism was rampant. Jews were Jews in Russia, not Russians. And so I wanted it to really come to the front of the book that being Jewish in Russia — it was a very hard time, and that was affecting their decisions — you know, what the characters were doing, where they were going and why.

I think this goes to the heart of Einstein because Einstein — you know, he sat in his classes, and he said Newton was wrong. And at that point in time, Newton was the gold standard, right? Isaac Newton was the most brilliant, the genius that constructed all of the rules of the universe. And he challenged them, and he had the guts, the courage to stand up and say, maybe we're thinking about this wrong; maybe we need to look at life, the way the universe is working in a different way. And I think that is so important, so crucial to progress, to growing. And I think it's an important thing for everybody to think about.

This story was produced for radio by Hanna Bolanos and Jolie Myers, and adapted for the Web by Petra Mayer