Accessibility links
Trump Financial Disclosures Show Drop In Mar-A-Lago Income The president reported a 10% drop in income from his Florida resort. Documents show the president's income remained in the hundreds of millions of dollars, but few specific figures were disclosed. 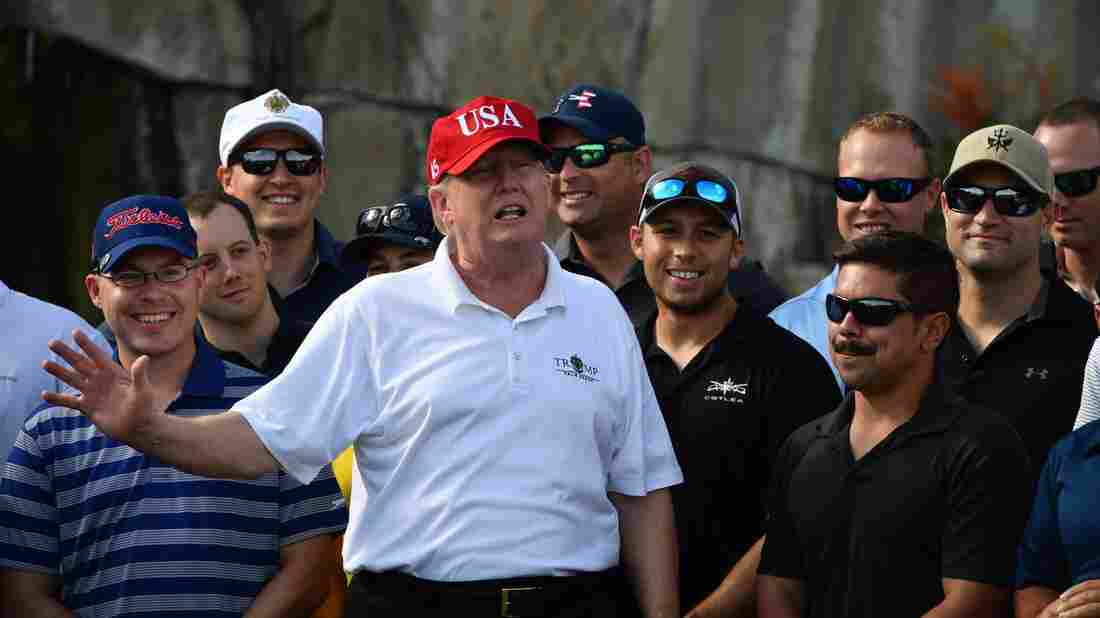 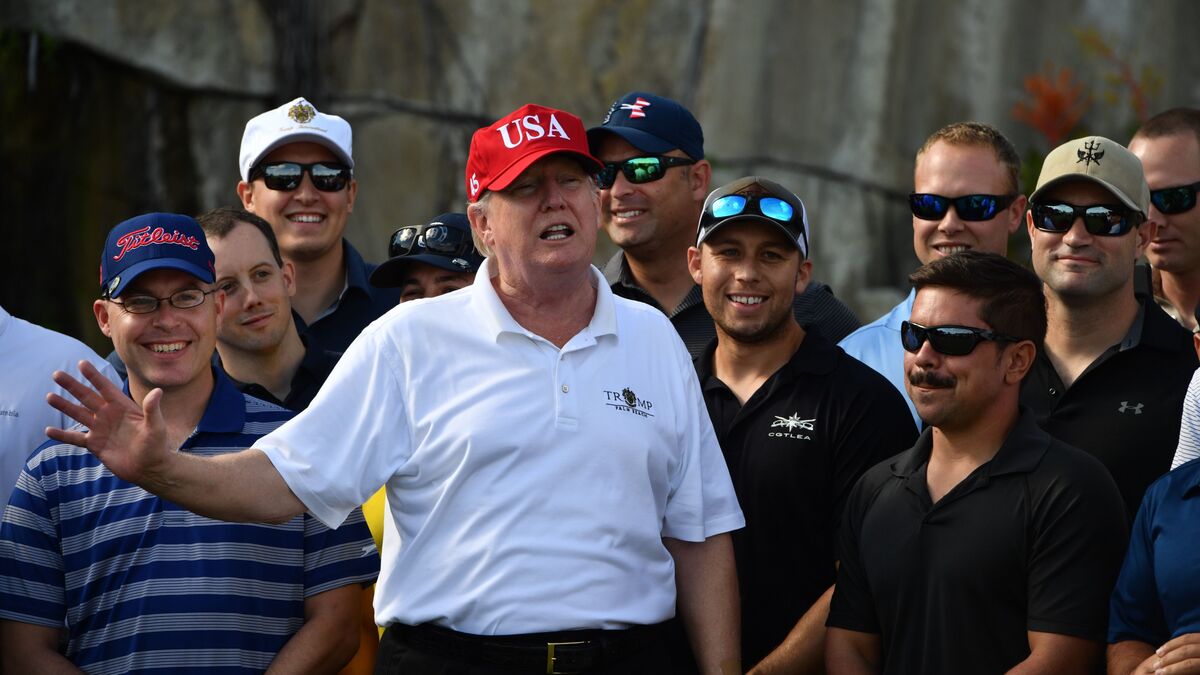 At a time when House Democrats are battling the president for his tax returns, new disclosures provide some basic information about his finances. For instance: His income was at least in the hundreds of millions last year.

The data come from the president's latest annual financial disclosure form covering the year 2018. It shows where that income came from. For example, Trump Doral in South Florida, one of his highest-income properties according to the report, provided a nearly 2% bump in income last year, up $1.2 million to $76 million.

Meanwhile, income from Mar-a-Lago, the Palm Beach, Fla., resort Trump frequents on winter weekends away from the White House, fell by nearly 10% from 2017, to $22.7 million last year.

The Trump International Hotel in Washington, D.C., held steady, at $40.8 million in income for Trump — up slightly from 2017, according to prior disclosures.

These year-to-year shifts indicate that at least some Trump properties have stabilized since sharp drops in revenue between 2016 and 2017. The $22.7 million that Mar-a-Lago took in last year is nearly 40 percent lower than its 2016 income.

And the Trump Doral golf club's $76 million in income last year is still far below its $115.9 million income Trump reported from 2016.

The disclosures provide a window into the president's finances, but it's not a detailed view. Disclosure forms filed with the Office of Government Ethics allow officials to cite many figures in ranges, rather than exact numbers — Trump's income from a piece of real estate on Wall Street and several others, for example, was "over $5,000,000."

All told, then, Trump reported income of well over $400 million, but it could have been much higher than that. It's impossible to accurately compare the president's overall income from year to year using these forms.

The financial disclosures show the president's ongoing income from controversial arrangements. When Trump took office, critics raised concerns that Trump properties would provide an avenue for people to essentially buy the president's favor by frequenting his properties.

Presidential financial disclosures do provide some clarity about the president's assets and income, but they leave many questions about the president's finances unanswered. House Democrats recently subpoenaed six years of Trump's tax returns, arguing that this is part of their oversight duties and that they want to know the full extent of his involvement in his businesses.