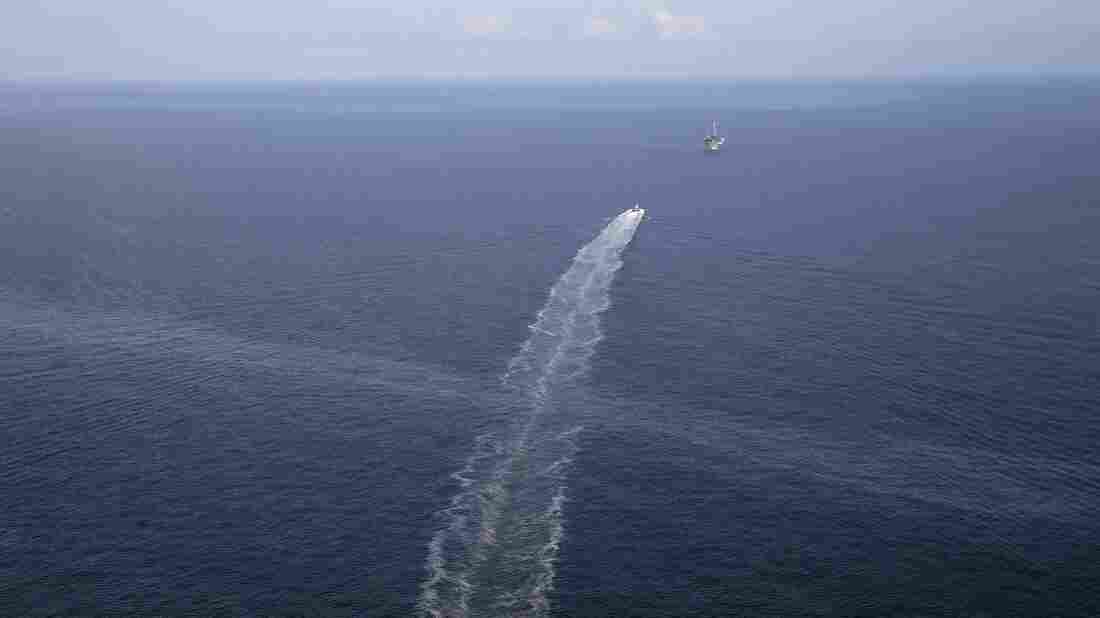 The wake of a supply vessel heading toward a working platform crosses over an oil sheen drifting from the site of the former Taylor Energy oil rig in the Gulf of Mexico in 2015. The Coast Guard says it has contained the oil spill. Gerald Herbert/AP hide caption 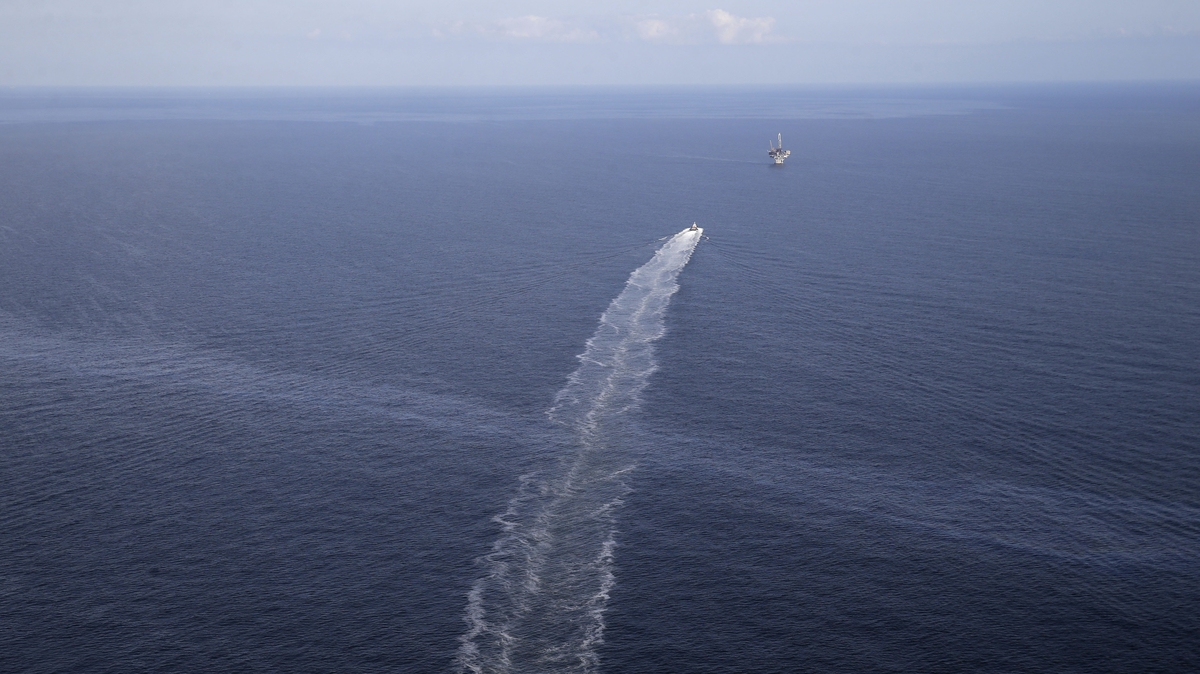 The wake of a supply vessel heading toward a working platform crosses over an oil sheen drifting from the site of the former Taylor Energy oil rig in the Gulf of Mexico in 2015. The Coast Guard says it has contained the oil spill.

An ongoing oil spill that has been leaking into the Gulf of Mexico for more than 14 years is finally being contained, the U.S. Coast Guard announced on Thursday.

The Taylor Energy oil spill began after Hurricane Ivan triggered an underwater mudslide in 2004 that caused the company's oil platform to topple and sink.

The New Orleans-based company managed to cap some of the 25 broken pipes leading to the leak, but many were left unplugged.

Environmental groups subsequently sued the company in federal court in 2012.

Since then it's been a slew of legal battles, with Taylor Energy playing down the magnitude and environmental impact of the leak.

Most recently, Taylor Energy tried to block the Coast Guard from moving ahead with plans to stem the constant flow. The company argued it is not possible to completely eliminate the constant oil slicks that often stretch for miles on the surface of the water and that to try to stop it could make the leak worse.

But in a status report filed on Tuesday, lawyers with the Coast Guard and Department of Justice say workers have made tremendous strides in containing and collecting the ooze after moving ahead with plans.

On Thursday, the agency said that "the system is working and the once predominantly large surface sheen has been reduced to barely visible. We will continue to monitor the containment system's performance and make necessary adjustments to maximize containment of the spill," according to Capt. Kristi Luttrell.

"We sued, we discussed, we pressured and perhaps finally the Gulf has won if this huge leak is stopped," Marylee Orr, executive director of the Louisiana Environmental Action Network/Lower Mississippi Riverkeeper, one of the groups leading the initial lawsuit against Taylor Energy, told NPR.

According to the court documents, more than 30,000 gallons of oil have been collected since the new collection system was installed.

Estimates of how much oil was leaking have varied widely, from as low as 1 barrel to 100 barrels' worth of oil each day.