Accessibility links
Herman Wouk, 'The Jackie Robinson Of Jewish American Fiction,' Dies At 103 Wouk was famous for writing The Winds of War, Marjorie Morningstar and The Caine Mutiny, which won a Pulitzer Prize. He also helped popularize themes that writers like Philip Roth later tackled. 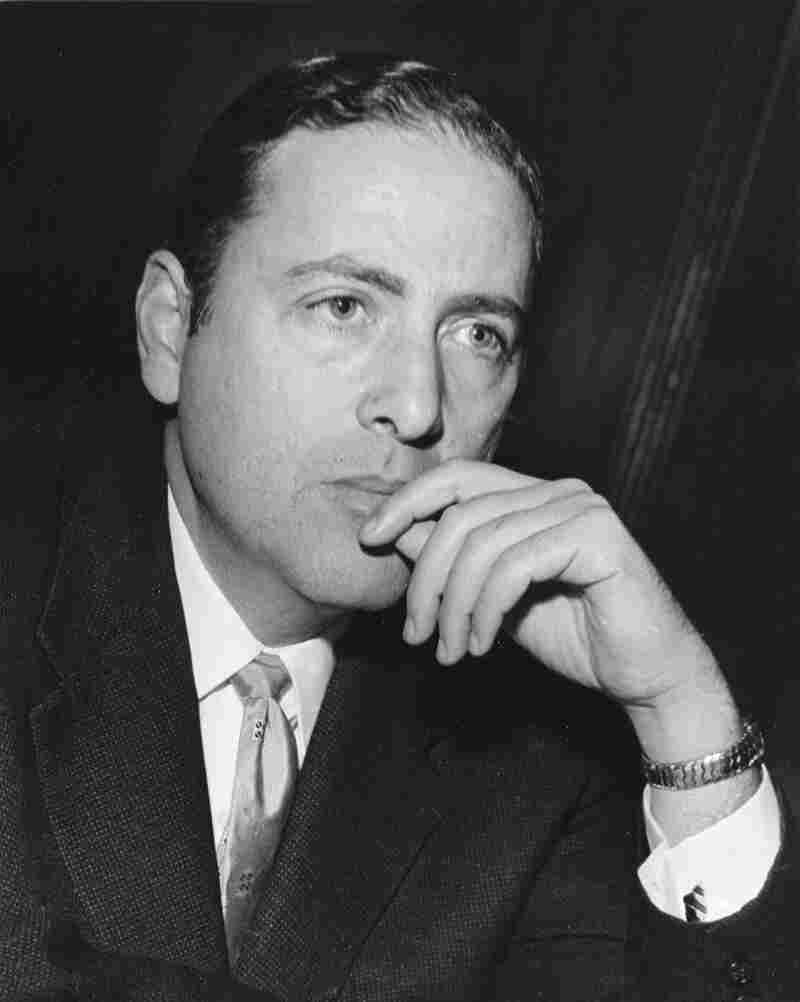 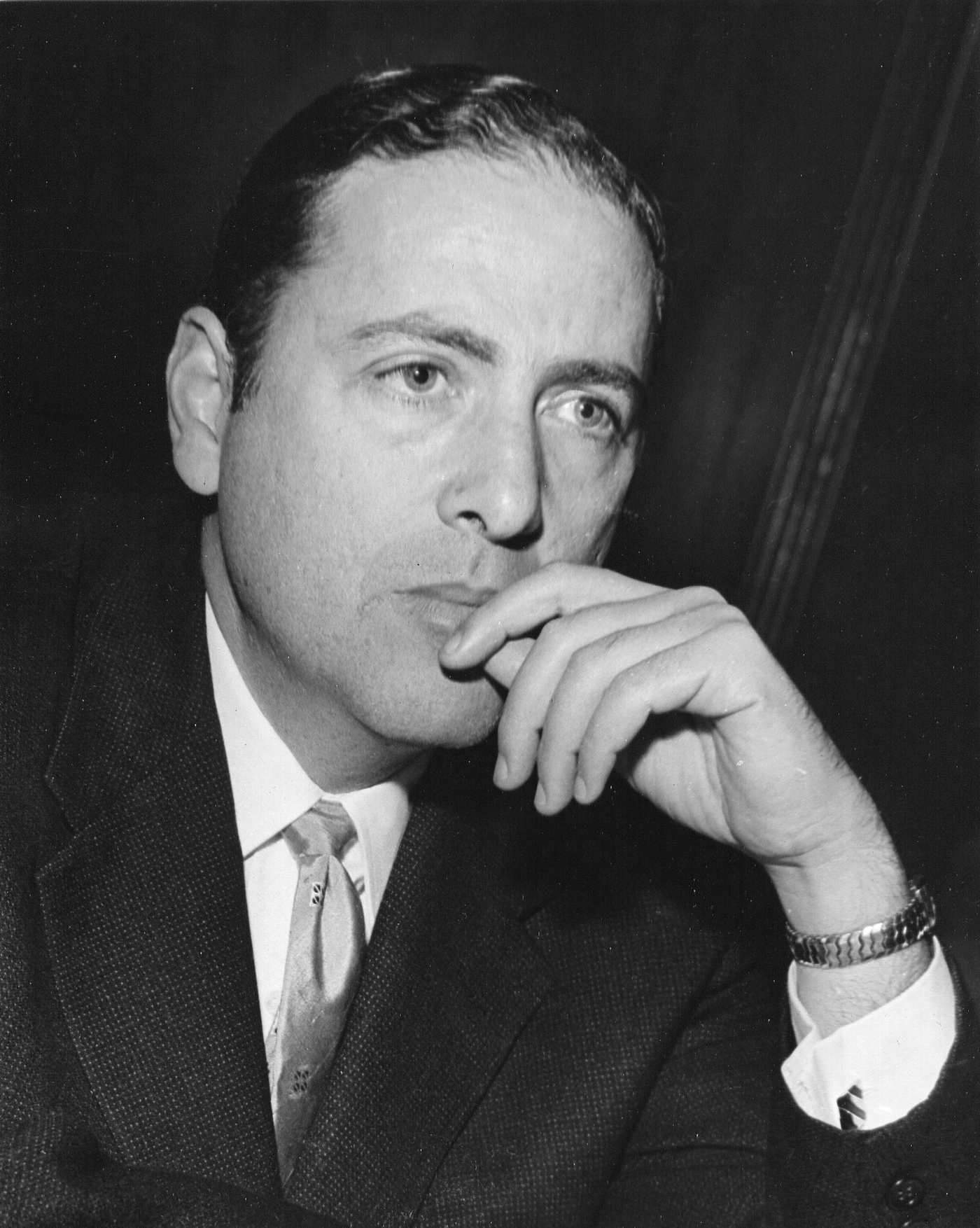 Novelist Herman Wouk, pictured here in 1955, wrote about a variety of subjects, including World War II, the publishing world and a fictional Caribbean island.

Pulitzer Prize-winning author Herman Wouk has died. Wouk was famous for his sprawling World War II novels, including The Winds of War and War and Remembrance, and for his portrayal of Jewish Americans in the novel Marjorie Morningstar. He died in his sleep Friday at his home in Palm Springs, Calif., at age 103.

Many people might remember Wouk for a certain incident involving strawberries in The Caine Mutiny, which became a film in 1954. After having a breakdown at sea, the tyrannical Captain Queeg accuses his crew of stealing a quart of strawberries and becomes obsessed with finding the culprit.

Humphrey Bogart played Queeg in the film, but he wasn't exactly what Wouk had in mind when he wrote the character. In the book, Wouk described the captain as "a small man" with "strands of sandy hair across an almost bald head." In 2004, the author told NPR, "Now Captain Queeg is Humphrey Bogart. There's nothing you can do about it, and I'm perfectly content with [it.] That was one of the great performances, I think, of his career." 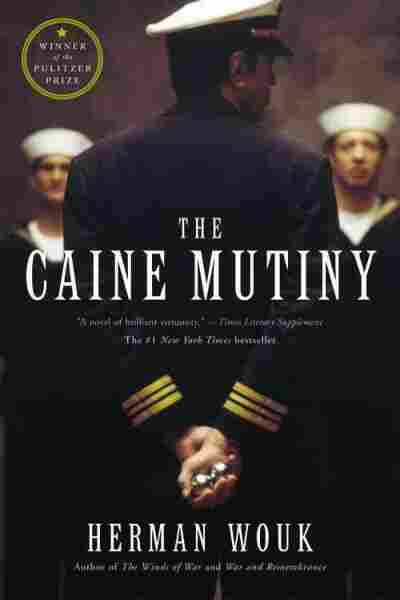 A Novel of World War II

The Caine Mutiny was Wouk's most celebrated book, but he had a substantial career both before and after it. He got his start in writing years earlier, in comedy. For five years starting in 1936, Wouk wrote jokes and sketches for the popular radio host Fred Allen. But after Pearl Harbor, the 26-year-old enlisted in the Navy and served in the Pacific. In his off hours, Wouk began to write Aurora Dawn, a novel that got mixed reviews. His second book, City Boy, did worse. But The Caine Mutiny put him on the map. It won a Pulitzer Prize, it was a bestseller and it became a play and a movie.

Wouk told NPR, "When I finished The Caine Mutiny, I wrote in my work journal ... 'Unless I'm mistaken, this is a good book. But it's not yet the war novel I mean to write.' "

In fact, it was the first in a run of ambitious books that included The Winds of War and War and Remembrance, each about a thousand pages long. And war wasn't Wouk's only subject. He wrote about the publishing world, a fictional Caribbean island and the founding of Israel. And in Marjorie Morningstar, he tapped into his own heritage as a New York-born child of Jewish immigrants to tell the story of a young girl trying to break into show business.

He really was the Jackie Robinson of Jewish American fiction.

"He really was the Jackie Robinson of Jewish American fiction," says Jonathan Karp, president and publisher of Simon & Schuster and editor of Wouk's last book, Sailor and Fiddler. "He was on the cover of Time magazine for Marjorie Morningstar, and he popularized a lot of themes that other writers — like [Saul] Bellow and [Philip] Roth and [Bernard] Malamud — would deal with in their novels."

Karp says that one of the reasons Wouk appealed to readers for so many years was the variety in his novels. "He really did not want to write the same novel twice. The writers he admired were the greats — they were the Victorian novelists, they were writers like [Thomas] Hardy. He wanted to write big novels about complicated lives and the cultures in which they took place."

Despite his popularity with readers, Wouk didn't always get a good critical response. The New York Times called The Winds of War long and "mildly interesting" with an "indifference to quality" and a "reliance on clichés."

According to Karp, many of the critics missed the point. "One of the reasons why he didn't get the kind of stellar reviews that writers like Saul Bellow got was because he was accessible." And Wouk did express serious ideas in his fiction. In one section of War and Remembrance, he reflects on the Holocaust:

"The accounts I have heard of what the Germans are doing in camps like [Auschwitz] exceed all human experience. Words break down as a means of describing them. ... The Thucydides who will tell this story so that the world can picture, believe, and remember may not be born for centuries. Or if he lives now, I am not he."

But Karp says Wouk was the writer to tell these stories. "I think he aimed high and had large ambitions for reaching a lot of readers — and he entertained millions of them." And with all of his major works still in print, chances are that in the years to come, Herman Wouk will entertain millions more.