Accessibility links
'The Sun Is Also A Star' Author Nicola Yoon Says Love Is What Everyone Wants A Jamaican teen threatened with deportation falls in love over the course of a single day in the film adaptation of Nicola Yoon's bestselling young adult romance novel. 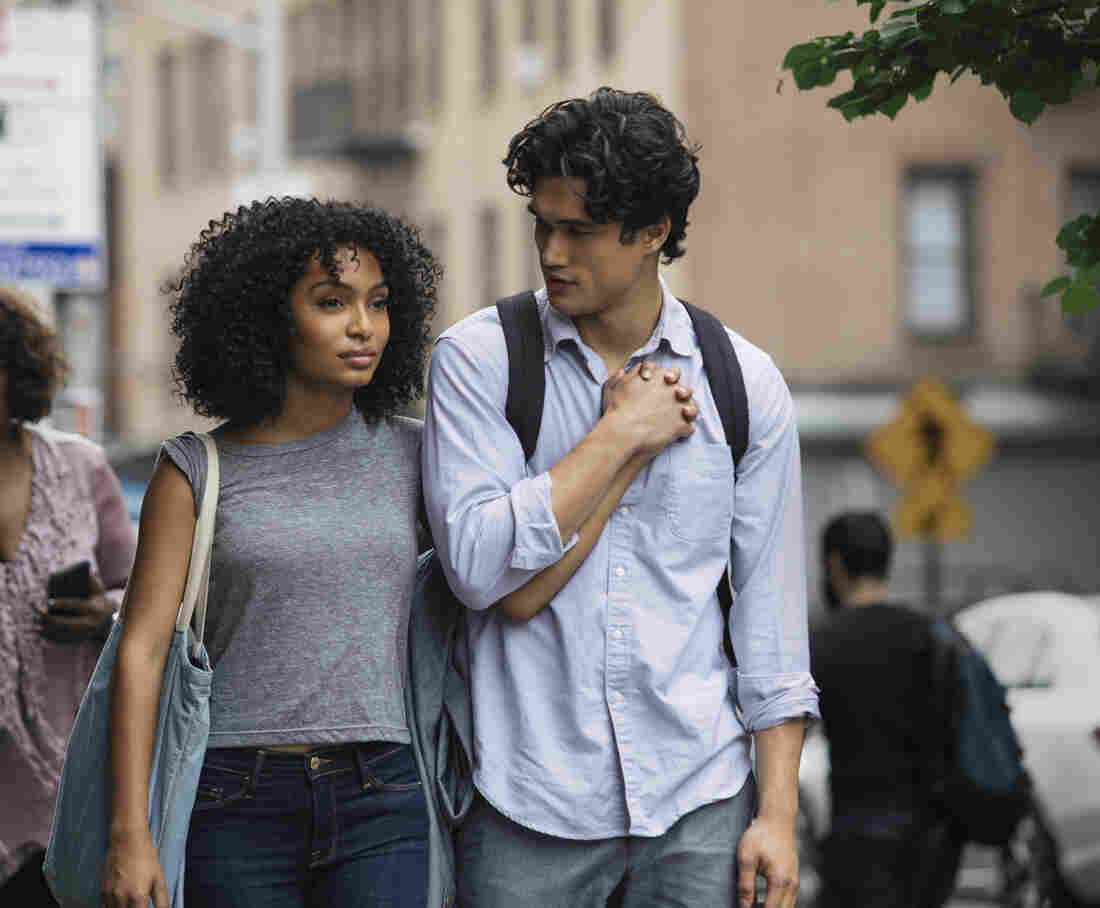 Natasha (Yara Shahidi) and Daniel (Charles Melton) fall in love over the course of a single day in the film adaptation of Nicola Yoon's young adult romance novel The Sun Is Also a Star. Atsushi Nishijima/Warner Bros. Entertainment and Metro-Goldwyn-Mayer Pictures hide caption 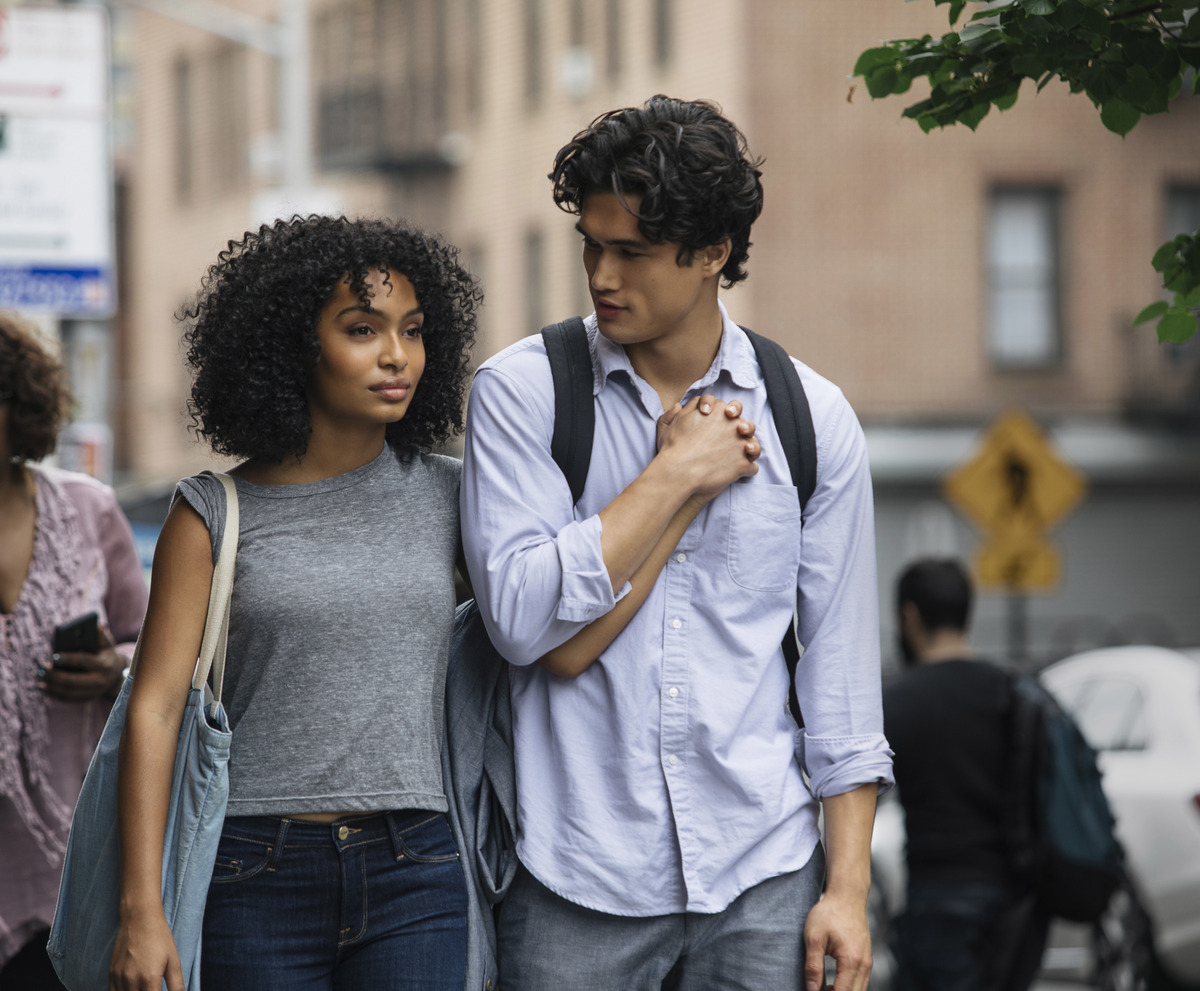 Natasha (Yara Shahidi) and Daniel (Charles Melton) fall in love over the course of a single day in the film adaptation of Nicola Yoon's young adult romance novel The Sun Is Also a Star.

"What does America mean to you?" That's a question Natasha Kingsley, threatened with deportation, must answer in The Sun Is Also a Star, a film adapted from the young adult novel of the same name by Nicola Yoon.

Yoon has also thought a lot about this question. Like Natasha, she moved from Jamaica to America with her family when she was a kid because her father wanted to pursue his dream.

"He wanted to be an actor," Yoon says — and America represented possibility. "You could be anything. You could get anywhere on merit. There's this big wide world open to you," she says. "That's what America always meant to me as an immigrant."

The Sun Is Also a Star tells the story of Natasha (Yara Shahidi) and Daniel (Charles Melton) — two teens who meet through a twist of fate and then, of course, fall in love. The film and the novel tackle more than young love though.

Yoon grew up in Brooklyn. She was a talented writer who was — as she puts it — led astray by math in high school. Yoon majored in electrical engineering at Cornell University and built a career in finance. But she found her way back to writing, and two of her young adult romance novels — Everything, Everything and The Sun Is Also a Star — became bestsellers with Hollywood adaptations.

She's passionate about fate, science and how we're all connected, so it's not surprising that she sees immigration as a brave and hopeful commitment — and one that requires work. "It's like happiness, right?" she says. "Happiness doesn't just come. You have to pay attention. You have to really fight for it."

Readers are responding to the book's immigration angle, says Sanura Williams, founder of My Lit Box, a quarterly book subscription service and community that celebrates writers of color. She was initially drawn to the book's love story when it first came out in 2016 — but the novel kept unfolding with new meaning.

"When I see the discussion online, now I think it's largely centered around the fact that families are being torn apart," she says. "It just feels a lot more real now."

At its core, The Sun Is Also a Star is a classic romance novel; Yoon says she enjoys writing about love in all its forms. "So many times you hear people sort of denigrate love stories," she says. "But honestly, love is a thing that everyone wants."

That's not limited to romantic love either. Yoon is interested in love of all kinds: "Love of your art, of your friends, your family, your children." 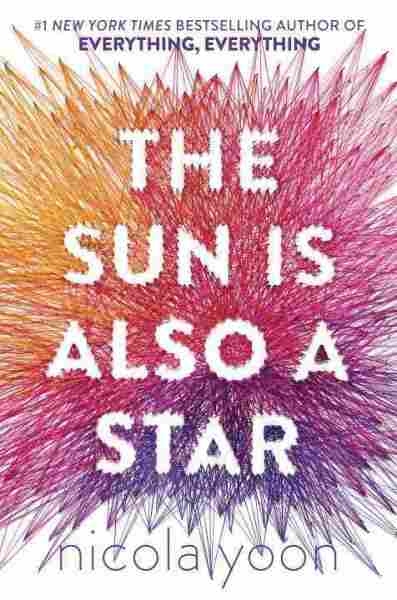 The Sun Is Also a Star

Title
The Sun Is Also a Star
Author
Nicola Yoon

Her examination of love has created new and uplifting experiences for readers, says Williams. "It was nice to kind of see a story where this young black girl is just giving in to like whimsy and fun for the day," Williams says. "I don't see that often."

"We know that by 2040 it's going to be a majority people-of-color country," Yuen says. "But right now all that growth is happening amongst youth. ... White youth are growing up with youth of color. ... That is their reality."

The film adaptation stays fairly faithful to Yoon's commentary on love and immigration. The cast is dominated by actors of color, and there is one significant character change: Natasha's lawyer, who was a white man called Jeremy Fitzgerald in the book, became Jeremy Martinez in the movie.

Yoon is excited about the movie adaptation, but she's not letting it get in the way of her writing. She currently has two novels in the works. Yoon won't give the plots away, but one thing is for certain: "There's love involved," she says. "There's a lot of love in them."