Accessibility links
Grumpy Cat, Permafrowning Internet Darling, Dies At Age 7 The cat with the withering stare, whose real name was Tardar Sauce, inspired books and won fans around the world who identified with her permanently unsmiling — yet adorable — features. 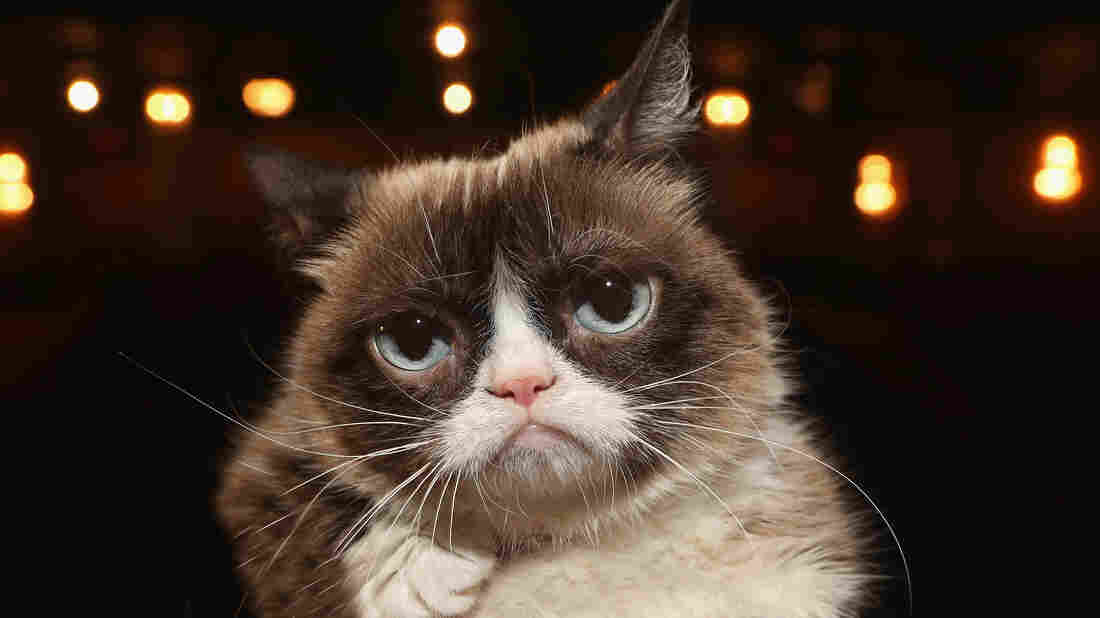 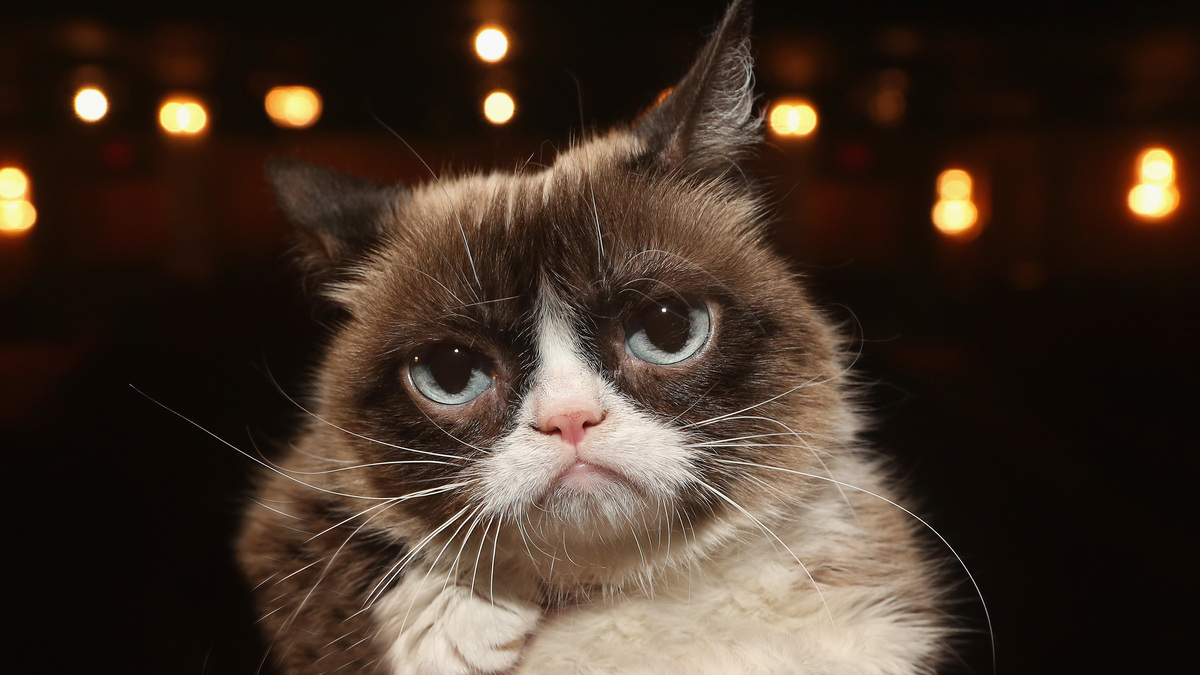 Grumpy Cat, an Internet celebrity and meme darling, has died. She's seen here posing on the set of Cats on Broadway in 2016.

Grumpy Cat — the blue-eyed cat with the withering stare and permafrown that suggested perpetual irritation — has died, her family announced early Friday. She was 7.

The scowling kitty died of complications from a urinary tract infection, her owners said.

"Some days are grumpier than others," Tabatha Bundesen wrote, announcing her cat's death.

Born in 2012, Grumpy Cat became a darling of memes, cat fanciers and anyone who needed to be reminded that somewhere out there, there was a cat who looked as grumpy as they felt.

"Besides being our baby and a cherished member of the family, Grumpy Cat has helped millions of people smile all around the world — even when times were tough," Bundesen wrote, in a note from her and the rest of Grumpy Cat's family.

Some days are grumpier than others... pic.twitter.com/ws209VWl97

Grumpy Cat wasn't always Grumpy Cat. When she was a kitten, she was named Tardar Sauce. But before she was even a year old, a photo of her concave, grouchy look — the result of an underbite — made her famous, and her new name took hold.

Her meteoric rise, propelled by users on Reddit and other outlets, included a visit to the SXSW Interactive Festival in 2013, where people lined up around the block to take a photo with her.

Wider fame followed, with fans rushing to buy calendars and posters. Grumpy Cat made appearances on TV and at baseball games. She attended release parties in Europe. She visited the Broadway cast of Cats. And in an era when many people imitate presidents, President Obama did an impression of Grumpy Cat during a speech in 2015.

The Grumpy Cat book promised to "put any bad mood in perspective" — and that seems to be a main source of the mourning and tributes that were triggered by the unexpected and unwelcome news that one of the world's most adorable grouches is no longer with us.

"I loved this cat," one fan wrote. "I had the absolute pleasure of meeting her once and I will never forget it. I will never forget the first time I saw her face! I learned much from her and am deeply saddened and devastated to hear of her passing."

Grumpy Cat's family says she "passed away peacefully on the morning of Tuesday, May 14, at home in the arms of her mommy, Tabatha."

"Her spirit will continue to live on through her fans everywhere," they added.

Within hours of the announcement, Grumpy Cat was the top trending topic on Twitter worldwide.

While she has remained a media force over the years, Grumpy Cat returned to national headlines in early 2018, when she won a copyright and trademark infringement court case. A jury awarded her and her family $710,000 in a case that was filed against a company that made a Grumpy Cat Grumppuccino.