Accessibility links
President Trump Delays Tariffs On Auto Imports For 6 Months The Trump administration announced Friday that it will delay tariffs on cars and auto parts imports while it negotiates trade deals with Japan and the European Union. 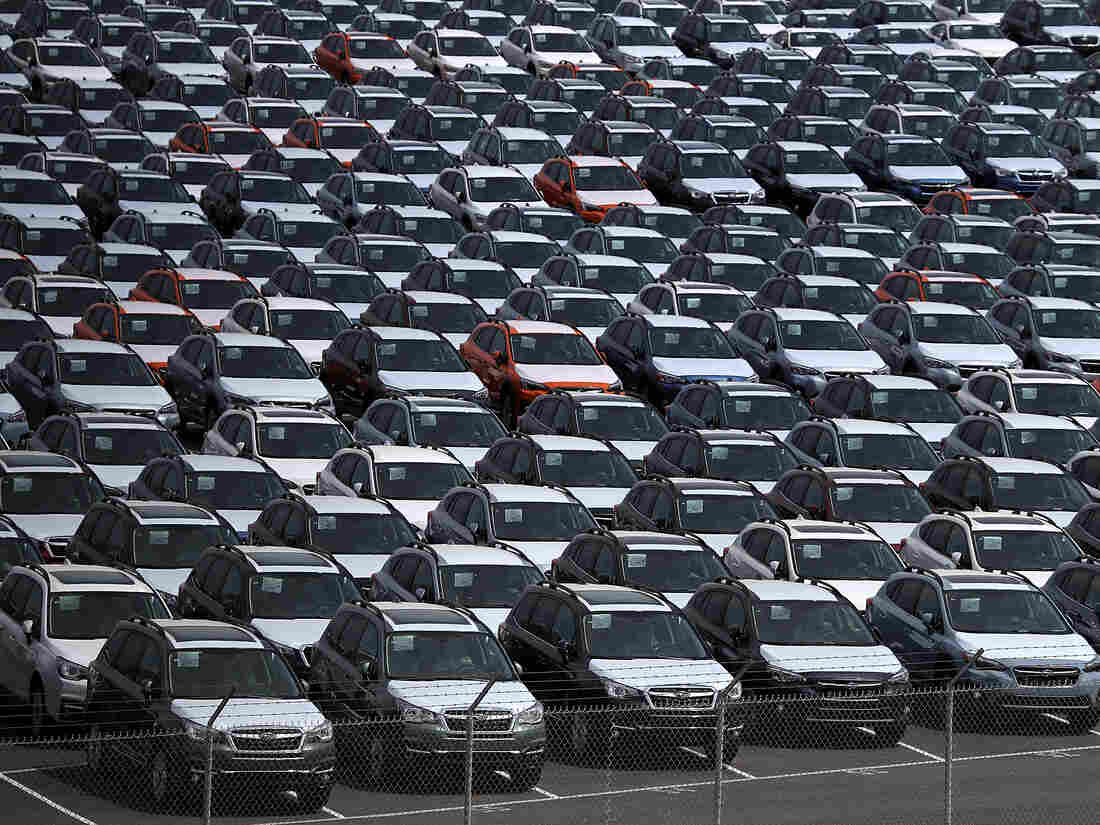 New cars sit in a lot at the Port of Richmond in California last year. The Trump administration on Friday announced a six-month delay in setting new tariffs on auto imports. Justin Sullivan/Getty Images hide caption 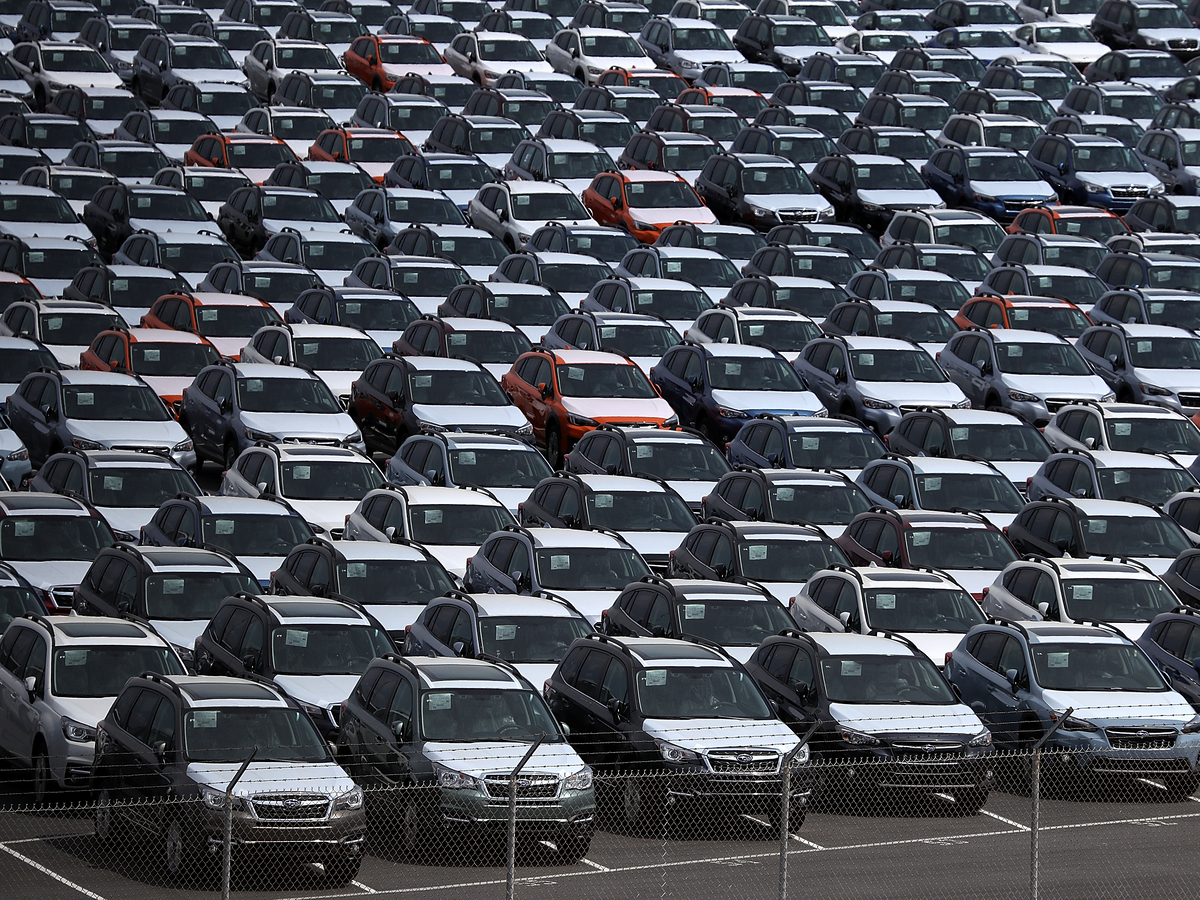 New cars sit in a lot at the Port of Richmond in California last year. The Trump administration on Friday announced a six-month delay in setting new tariffs on auto imports.

The Trump administration will delay tariffs on cars and auto parts imports for six months while it negotiates trade deals with Japan and the European Union, the White House announced Friday.

President Trump said that Commerce Secretary Wilbur Ross has concluded "that the present quantities and circumstances of automobile and certain automobile parts imports threaten to impair" national security, giving the president the authority to declare tariffs or quotas. Trump cited the same Section 232 authority that he used to impose tariffs on steel and aluminum.

The administration had set a Saturday deadline to decide whether to impose auto tariffs over national security concerns. But instead of taking immediate action, the president is calling for new trade agreements to be negotiated.

His executive order does not specify which tariffs would be imposed if negotiations fail, but industry experts have anticipated tariffs as high as 25%.

The auto industry has been united in opposition to the tariffs, which would hurt American automakers as well as companies abroad. Every car made today involves a complex global supply chain, with thousands of parts sourced from around the world, so even U.S.-made components and vehicles would be affected by tariffs.

An analysis by the Center for Automotive Research found that raising tariffs on imports would increase new car prices by thousands of dollars and reduce new car sales by more than 1 million units a year.

Industry experts also say hundreds of thousands of jobs would be lost — and that's without factoring in retaliatory tariffs.

The White House spent about a year deliberating whether car imports threaten national security. In the executive order, the administration argues that American "automotive technological superiority" is essential to the national defense, and that imports weaken U.S. innovation.

"Our stores and our products are NO threat to the American way of life," he wrote.

"And when I say the entire industry, I mean vehicle manufacturers, dealers, suppliers, the aftermarket — we have all joined together in opposition to this," she says.

Additionally, the countries that would be affected by these potential tariffs — EU member states and Japan — are close U.S. allies, not military threats.

Trade experts agree the national security justification for these tariffs is tenuous at best. However, the president has broad authority to act on national security grounds, and U.S. courts and the World Trade Organization have historically been reluctant to challenge that authority.

The threatened auto tariffs are widely seen as a negotiating tactic, leverage to try to get trade partners to strike more favorable deals with the U.S.

David Schwietert, interim CEO of the Auto Alliance, says even if the administration is trying to strike deals that might ultimately help American automakers, the mere threat of these tariffs is hurting them now. Among other things, the uncertainty hurts investment as companies find it more difficult to plan for the future.

"This isn't just a hypothetical," he says. "It is causing significant angst in the auto ecosystem — not just manufacturers, but suppliers and in the broader supply chain."

Some lawmakers have expressed concern over Trump's use of Section 232 — rarely used before this administration — to impose tariffs without any input from Congress.

Last week, a bipartisan group of representatives in the House delivered a letter to Larry Kudlow, the director of the National Economic Council, strongly urging him to "advise the president against imposing trade restrictions that could harm the auto sector and the American economy."

The lawmakers emphasized the tariffs would raise prices for consumers and would hurt American manufacturers — who "have not asked for and do not need protection," the letter stated.

Meanwhile, several members of Congress have supported legislation to limit the president's authority to set tariffs under Section 232.