Accessibility links
Women In Commercial Fishing Say Harassment Is Part Of The Job Women make up roughly 15% of Alaska's commercial fishing industry, and sexual harassment is part of the job. Being on a boat for weeks at a time makes harassment hard to escape. 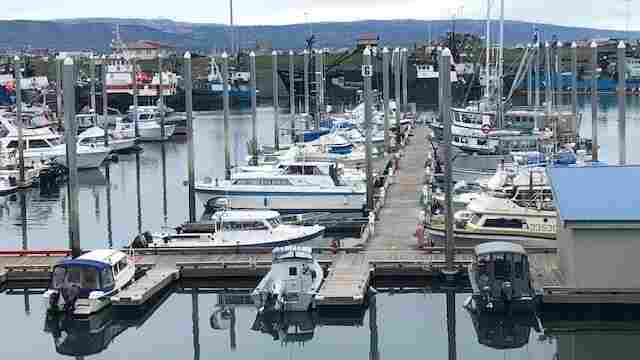 Fishing boats sit in the harbor in Homer, Alaska. Women make up about 15% of commercial fishermen, and say sexual harassment is all too common. Renee Gross/KBBI News hide caption 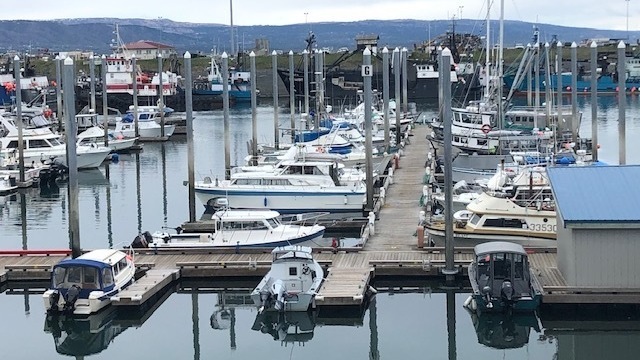 Fishing boats sit in the harbor in Homer, Alaska. Women make up about 15% of commercial fishermen, and say sexual harassment is all too common.

When Robin McAllistar worked in the commercial fishing industry in the 1970s and 1980s, she was often the only woman on the boat. Once, she said she was stuck on a boat with a captain who was constantly drinking. She said he assaulted her in her room, and she had to fight him off.

"I mean physically grappling and trying to get through and get out and get away," she said. "I wasn't raped, but that was only because I got out."

The next day, she hopped onto another boat to get away.

The truth is I really like the Wild West of the ocean, just the way it is and the fleets just the way they are. But people should be sexually safe.

A movement for change

Roughly 15% of commercial fishermen in Alaska are women. But it's hard to say just how common McAllistar's experience was during her time fishing, and if things have changed in the decades since.

The Alaska State Commission for Human Rights takes complaints about sexual harassment and discrimination, but says it doesn't receive a larger number from the fishing industry specifically. The problem for women in the fishing industry is that, on a boat, you're stuck with your co-workers for long periods of time.

Elma Burnham is the founder of Strength of the Tides. It's a grassroots movement asking fishermen, boat captains and others to sign a pledge demanding zero tolerance for sexual harassment and assault.

Burnham herself fishes commercially in Alaska, and she started the organization in 2017.

"So I first put the pledge online and sent it out to people I'd worked with in the past," she said. "It got picked up more quickly than I expected."

Roughly 300 people have signed it. She gets the word out by holding networking nights, hosting education events and attending conferences. Burnham publishes online the list of those who have signed it, and she hopes women will use the list to find jobs on boats that take harassment seriously.

"Basically, another way to look at it is an anti-harassment policy for this group of people," she said.

Eventually, she would like to push for boats and organizations to implement written policies on sexual harassment. But for some, a verbal agreement is enough.

A new direction for the fishing industry

"The one thing I don't approve of is more paperwork, necessarily," Milne said. "I have plenty to do as it is."

He doesn't have a formal harassment policy because he said he's not that official about things. But he said he talks to his crew about the problem.

"People recognize that it does happen in circumstances," he said. "But in the smaller family boats that I'm associated with, I think people don't have any tolerance for it. So there's not really an issue I would say."

Advice for a friend

Thirty years after working in the fishing industry, McAllistar now works as a therapist. She talked about safety in the industry with her friend Jude Huerta recently, sitting in McAllistar's house in Homer, Alaska.

Huerta wants to commercial fish for the first time this year, just as McAllistar fished years ago.

"It's really sad that that has to be said but it's important to know," Huerta said.

"It's better to say it ahead of time than regret it later," McAllistar replied.

Her clearest advice: "You can hop a tender when you're done delivering fish," she said. "If things have gotten bad, don't negotiate with them that you'll be dropped later. Get off the boat."

McAllistar said more needs to be done to tackle the issue on both big and small boats.

"The truth is I really like the Wild West of the ocean, just the way it is and the fleets just the way they are," she said. "But people should be sexually safe."