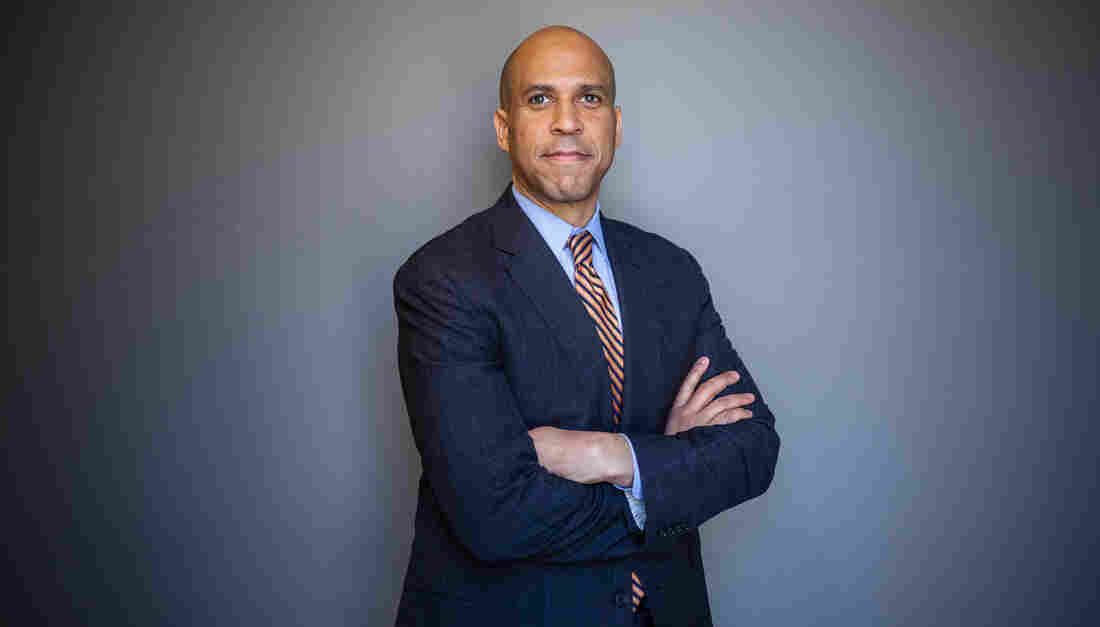 Sen. Cory Booker, D-N.J., spoke with the NPR Politics Podcast about why he is running for president and the events that propelled him to this point. Amr Alfiky/NPR hide caption 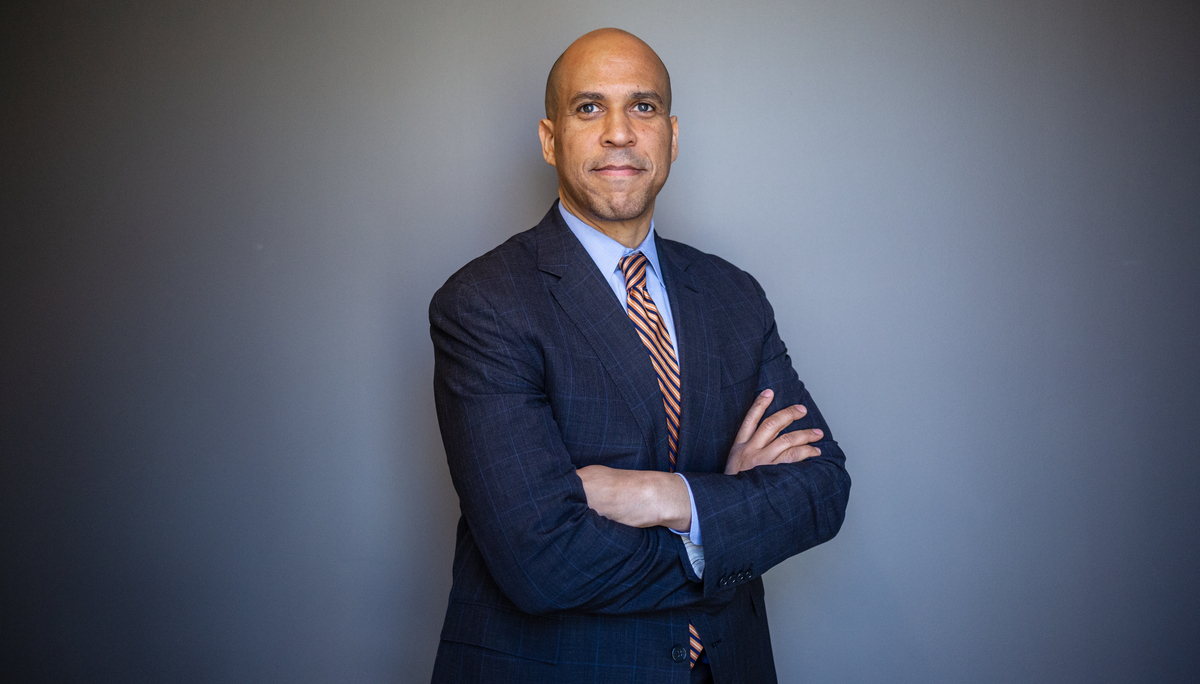 Sen. Cory Booker, D-N.J., spoke with the NPR Politics Podcast about why he is running for president and the events that propelled him to this point.

Sen. Cory Booker is "a big fan" of researcher and speaker Brené Brown. The Democratic presidential candidate embraces Brown's mantra that vulnerability is a strength — and his openness shows on the campaign trail.

Booker regularly tells the story of one of the most painful moments of his life, which happened when he first became the mayor of Newark, N.J.

He shared that experience again in an interview this week with NPR Politics Podcast co-host Scott Detrow and New Hampshire Public Radio reporter Casey McDermott. Detrow asked Booker to describe a moment in his life where he failed and what he learned from it.

You know, a very painful moment of failure was when I first got elected to be mayor of the city of Newark. I was then living in these high-rise public housing projects and I was coming home leading into the election, and there were guys that I'd watch grow up from kids to now young high-schoolers. They hung out in my lobby.

I got to know them. I know their families and everything, and one of them, Hassan Washington, was like the leader of the crew there, who was this incredible young man reminding me of my dad. They were so similar — both born poor, both born in a segregated environment. Both being raised by their grandmother for a little while, and he had the same spark as my dad.

And one day I came home and I smell marijuana in the lobby, and every one of us sitting here who went to college knows that we have different marijuana laws for different people. Well, the law says it's the same, but people at Stanford smoking pot don't have anything to fear compared to what people in an inner city that do that.

And so I knew it was a crisis. I intervened and I said, "Guys, let's get out of this lobby. Let's go do some things." I made the mistake of letting them choose the movie, which the first one we saw was Saw. I thought it was Home Improvement, but it was awful.

But I got busy. When I got elected, and now I'm mayor-elect, I had death threats, and they surrounded me with security, so there were now cops in the lobby in the projects.

And, you know, I don't care who you are, from the suburbs to the cities, you don't wanna hang out where there are police. So I lost track of them, but I was the big job, I was going to save all of Newark's children — yada, yada, yada.

Well, in the first days in office, I got called to a scene of a murder, and I was showing up to talk to people that we were going to change the violent rates in Newark, and there was a body covered dead and another one being loaded and racing off to the hospital, and I shamefully tell you I barely acknowledged the humanity kill on the sidewalk. I was just ministering to the living and talking about my plans.

But when I get home that night to steal a couple hours of sleep, I go to my then-BlackBerry and go through all the reports and the data for the day and I see the murder report. And I look at it and then I get chills because the name on the report is Hassan Washington.

And for me, it was the worst gut punch I had taken in my life because my dad was [like] Hassan, and when my dad was growing up, lots of people kept him from falling in the cracks — his grandmother couldn't take care of him, they brought him into their house. They took a collection to change our family's destiny and send him off to college and God had put this kid right in front of me — and I'll never forget his funeral, which is the perversion that happens in cities like mine all the time of parents burying children.

And we were all packed together there, crying and holding onto each other. And all I kept thinking is, here we all are gathered for his death, but where were we for his life?

And so for me the lesson for that is life is positions and titles come and go. All of us sitting here are going to have lots of different jobs, but I've just learned that the biggest thing you can do in any day still will most likely be a small act of kindness, decency and love.

And even I'm a presidential candidate right now, I'm staying in touch with the mentees and the young guys I've been working with in my town. And as much as my political life is about the policies I'm pursuing, to me the drive has still got to be about human connection, human decency, being there for each other — no matter what your title is, no matter what your job is — and showing up for each other. And it's something I will never forget.