Accessibility links
Critics Say USDA Plan To Move Federal Agencies Could Hurt Research Vital For Farmers A plan to move USDA research groups out of Washington, D.C. has towns clamoring for high-paying jobs. But critics say it's part of an effort to gut objective research and cut jobs at the two agencies. 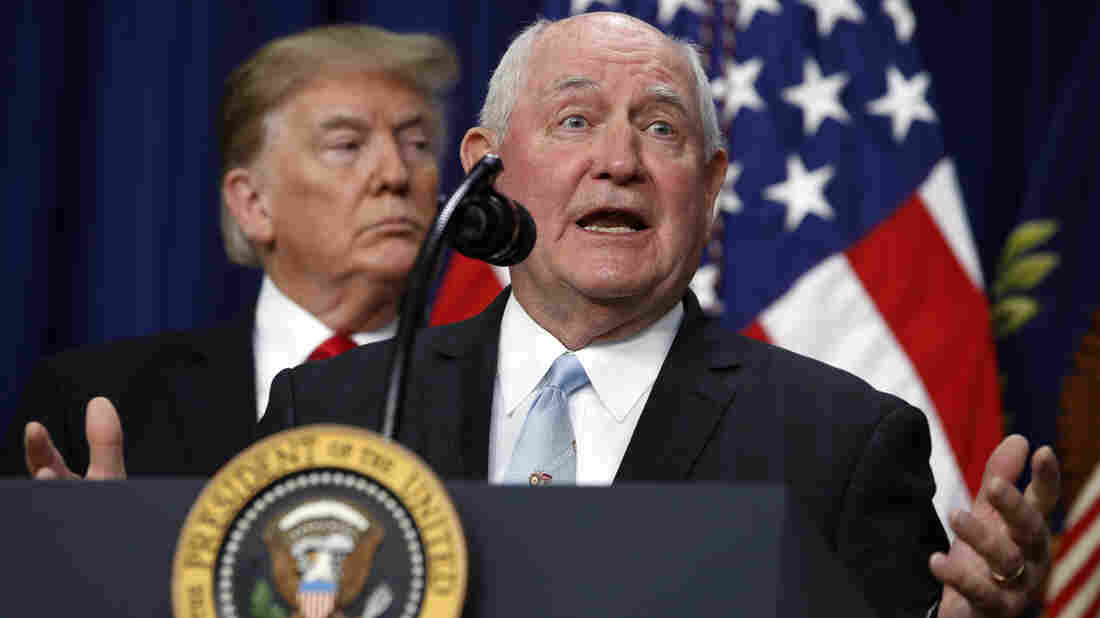 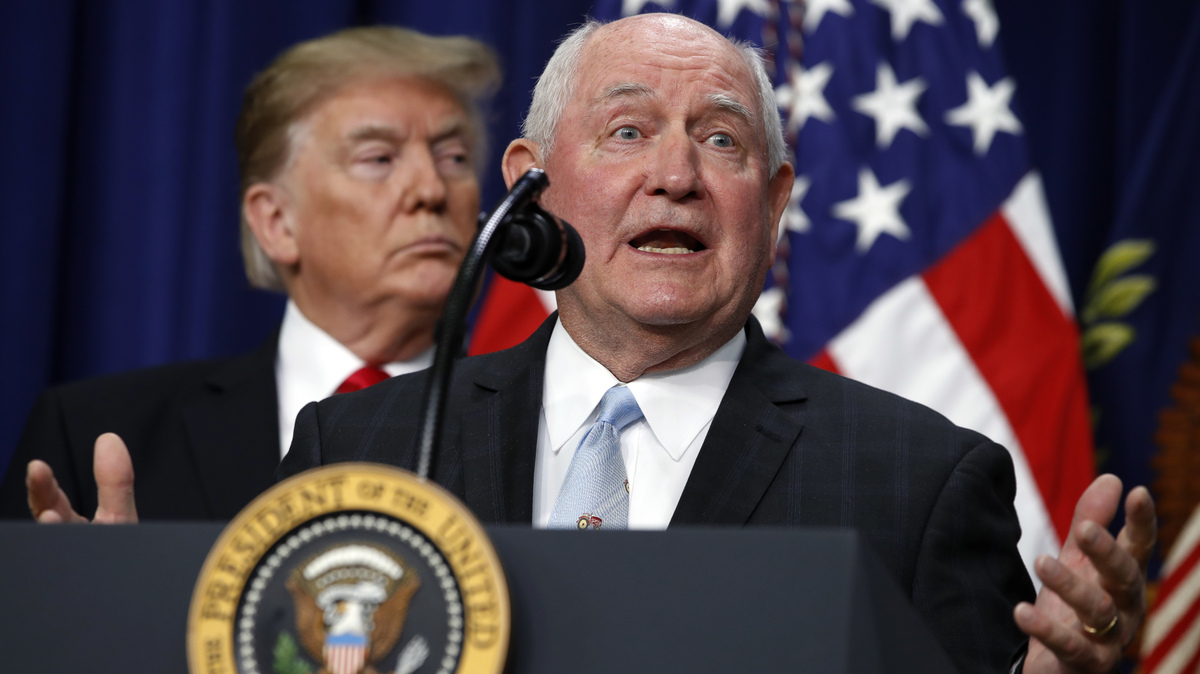 A couple of federal agencies you probably haven't heard of keep track of what farmers grow, what Americans eat and how the country's entire food system operates. And the Trump administration wants them out of Washington, D.C.

ERS collects and crunches numbers on everything from how much corn syrup Americans consume to how tariffs affect farmers, while NIFA funds research that does things like closely track climate change.

USDA has yet to announce a new home for the agencies, but recently narrowed the list to three: the greater Kansas City metro area, the Research Triangle Park area near Raleigh, N.C., and various sites in Indiana — Vice President Mike Pence's home state.

"My first thought was Kansas City would be the perfect place," said the Republican, who, along with other Missouri and Kansas members of Congress, supports the move.

"Not every job in government needs to be in Washington D.C." Moran said, noting that about 9 out of 10 USDA employees already work outside of Washington.

He added that ERS and NIFA would boost budding research clusters like the Kansas City area's animal health corridor and give bright kids from the region a chance to stay put and still pursue a research career. The move would also fall in line with the Trump administration's cost-cutting measures. Moran said office rent and the cost of living is cheaper away from the coasts.

Skepticism about what is driving the move

But many in the research community said efficiency isn't driving the move. It's hostility toward science.

"I think that moving the agencies out of D.C. is going to significantly dilute their effectiveness as well as their relevance," says Ricardo Salvador, who is the Director of the Food and Environment Program at the Union of Concerned Scientists.

The agency's effectiveness already is under attack, according to a former ERS employee who was granted anonymity due to fear of losing his current position.

"Efforts by the secretary ... have just destroyed morale," the ex-ERS employee said.

He said he enjoyed working at the agency until about a year and a half ago, when researchers began to fear tackling politically sensitive topics. Then, Purdue pushed to take the agency out from under nonpartisan oversight and place it under his control.

Finally, the ex-employee said, the surprise announcement to move most of ERS and NIFA out of Washington triggered a cascade of resignations, including his own.

"I think it's had its intended effect. People have left, morale is low. The agency will take a long time to recover from the damage that's been inflicted," the former employee said.

Employees remaining at ERS and NIFA are fighting back. ERS researchers recently voted to join the American Federation of Government Employees, and NIFA employees plan to take a vote, too. The union will negotiate to give ERS and NIFA employees longer to decide if they want to move, and is backing legislation that would withhold funds USDA would need to make the move.

The Trump administration wanted staff reductions years ago. And all three Trump budgets, none of which have been accepted by Congress, have proposed deep cuts to the agencies.

Salvador argued that's because objective research often clashes with political ideology. ERS studies, for instance, concluded that the 2017 tax cuts championed by the administration would most benefit the richest farmers, and that the Supplemental Nutrition Assistance Program, which Trump wants to cut, is good for the economy.

"So the secretary is clearly dealing with inconvenient facts by going to the source and eliminating them," Salvador said.

Sen. Jerry Moran said he believes the research agencies can be relocated and well supported, and he's played a key role in fighting off earlier efforts to cut funding for agricultural research.

But that's exactly the problem critics have with the proposal to move ERS and NIFA: They say the USDA hasn't produced data that support the move.