Accessibility links
Eurovision 2019's Winner Is Duncan Laurence Singers from 26 countries competed in the finals of the global song competition, which was held Saturday evening in Tel Aviv, Israel. 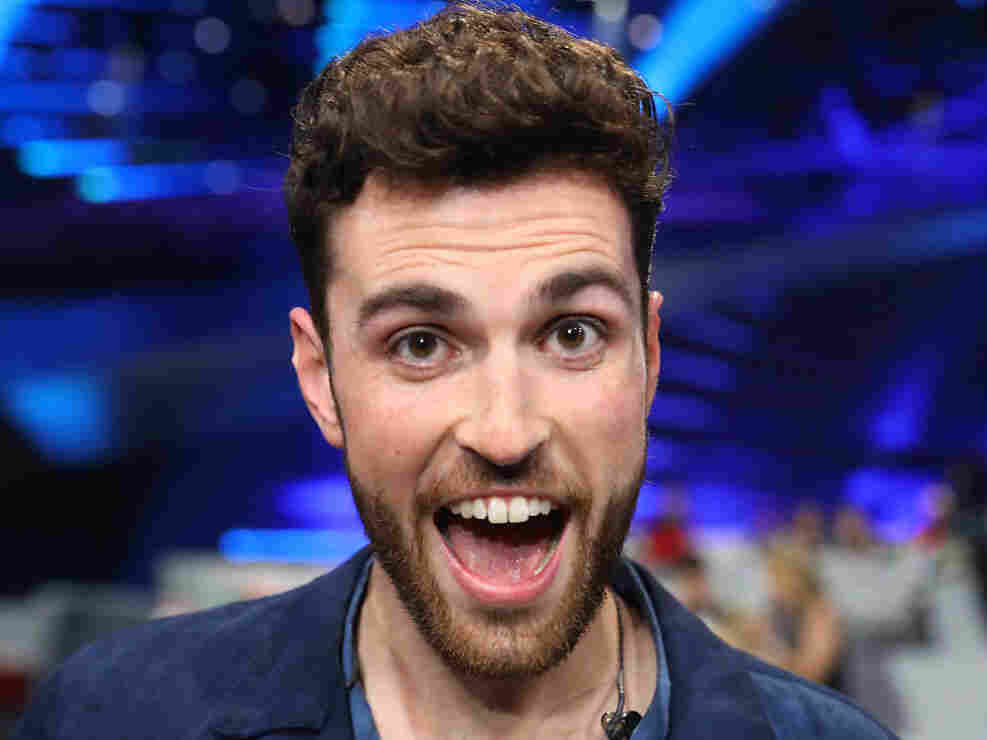 Duncan Laurence of the Netherlands, the winner of Eurovision 2019, captured during the competition on Saturday in Tel Aviv, Israel. Guy Prives/Getty Images hide caption 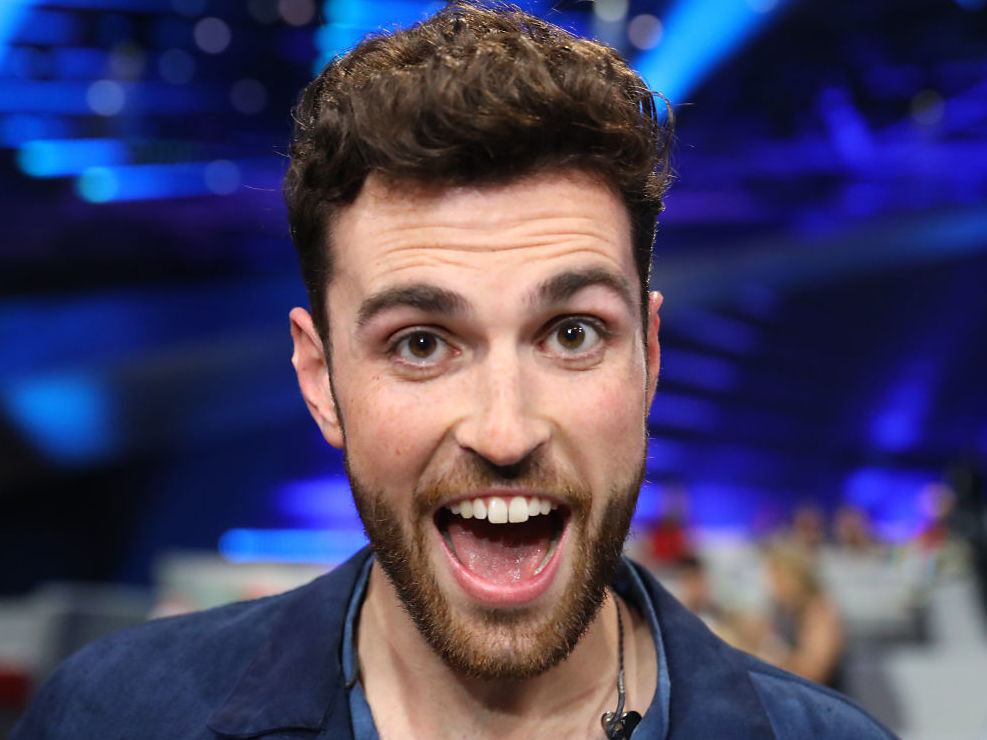 Duncan Laurence of the Netherlands, the winner of Eurovision 2019, captured during the competition on Saturday in Tel Aviv, Israel.

Singer Duncan Laurence from the Netherlands has emerged victorious at the 2019 Eurovision Song Contest. The finals were held Saturday night in Tel Aviv, Israel.

The 25-year-old Laurence won the international competition with a song called "Arcade," which he co-wrote. The song is a sweet, emotional ballad that stands in contrast to Israeli singer Netta's wacky "Toy," which won in 2018.

Laurence, whose real name is Duncan de Moor, participated in the Dutch version of "The Voice" in 2014. He's also been writing for other performers, including the K-pop band TVXQ.

In all, 41 countries started out in this year's competition. The 26 finalists' songs included a number of power ballads alongside Duncan's, as well as perky, anodyne pop from artists like the Czech Republic's Lake Malawi and Denmark's Leonora; and aspiring club bangers from the artist Tamta, the singer representing Cyprus, and Belarus' Zena, among many others.

Hatari reportedly "tested the patience" of the European Broadcasting Union, which mounts Eurovision, in the week leading up to the finals by repeatedly speaking out against the Israeli government.

More widely, this year's event has been partly overshadowed by politics and the Israeli-Palestinian conflict. On Tuesday, hackers interrupted the Israeli live webcast of the first semi-final to warn, falsely, that the city of Tel Aviv was under attack. Israel's national broadcaster, Kan, blamed Hamas for the hacking. Palestinian activists unsuccessfully urged performers to boycott Eurovision 2019.

Organizers said the Eurovision finals were being watched by 200 million people across the globe. However, the show was not broadcast in the United States this year after the Logo TV network, which carried the 2016 to 2018 editions, chose not to pick up this year's contest.

Along with this year's competitors, other performers at Eurovision 2019 included previous winners Netta from Israel, who won in 2018, and 2014's winner, Conchita Wurst from Austria — as well as Madonna, who performed "Like a Prayer," as well as her new, reggae-flavored song "Future" with Migos' Quavo.