Accessibility links
'Nailed It': A Documentary On How Vietnamese Workers Took Over U.S. Nail Salons If you've had a manicure lately, chances are your nail salon was run by Vietnamese entrepreneurs. In Nailed It, director Adele Free Pham investigates how refugees built a multibillion-dollar industry. 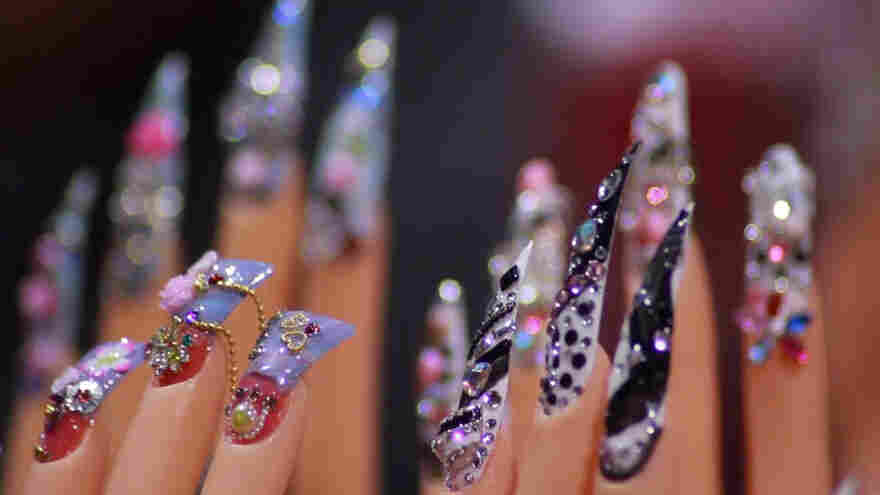 In Nailed It, director Adele Free Pham — whose father is a refugee from Vietnam — explores how Vietnamese entrepreneurs came to dominate the nail salon business in the United States. Adele Pham/Courtesy of 'Nailed It' hide caption 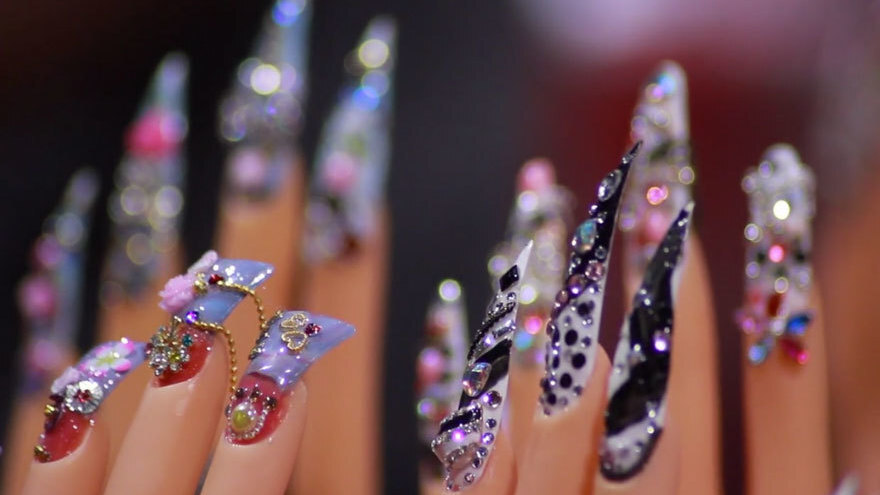 In Nailed It, director Adele Free Pham — whose father is a refugee from Vietnam — explores how Vietnamese entrepreneurs came to dominate the nail salon business in the United States.

Adele Pham/Courtesy of 'Nailed It'

If you've had a manicure lately, chances are you probably had it done at a nail salon run by people of Vietnamese heritage.

The salons are everywhere — in nearly every city, state and strip mall across the United States. So how did Vietnamese entrepreneurs come to dominate the multibillion-dollar nail economy?

Filmmaker Adele Free Pham set out to answer that question in a documentary called Nailed It. Growing up in Portland, Ore., she says, she observed that all the nail salons around her were Vietnamese run.

"So I knew that something was missing in mass media about this thing, this nail thing," Pham said in an interview. "And I also just always wondered why so many Vietnamese people were in the nail industry, to the point where my father, who is a Vietnamese refugee who came in 1975 — he wanted me to get into the nail industry as I was graduating high school as a side hustle, but also probably to retain my Vietnamese-ness.

"But it was just something that I was diametrically opposed to because of my own internal classism, you know? And that's something that I've been reanalyzing since I was 18. I just knew there was a whole other side to this industry, being Vietnamese, that the greater general public did not understand."

Nailed It premiered on PBS last week and is available as a free stream online until July 6 through the World Channel.

On the impact of actress Tippi Hedren on the nail industry

In 1975, Tippi Hedren was doing humanitarian work. She was running a program for 20 Vietnamese refugee women to resettle them in the U.S. They admired her nails, the care that she took, and she got the idea to get her personal manicurist, Dusty Coots, to come to the refugee camp in Northern California and teach these women how to do a manicure as it would be done in Beverly Hills. And they're really the first manicuring licenses out there in the world, because before that time, women always got licensed for both hair and nails.

On representing the Vietnamese community's perspective in her film 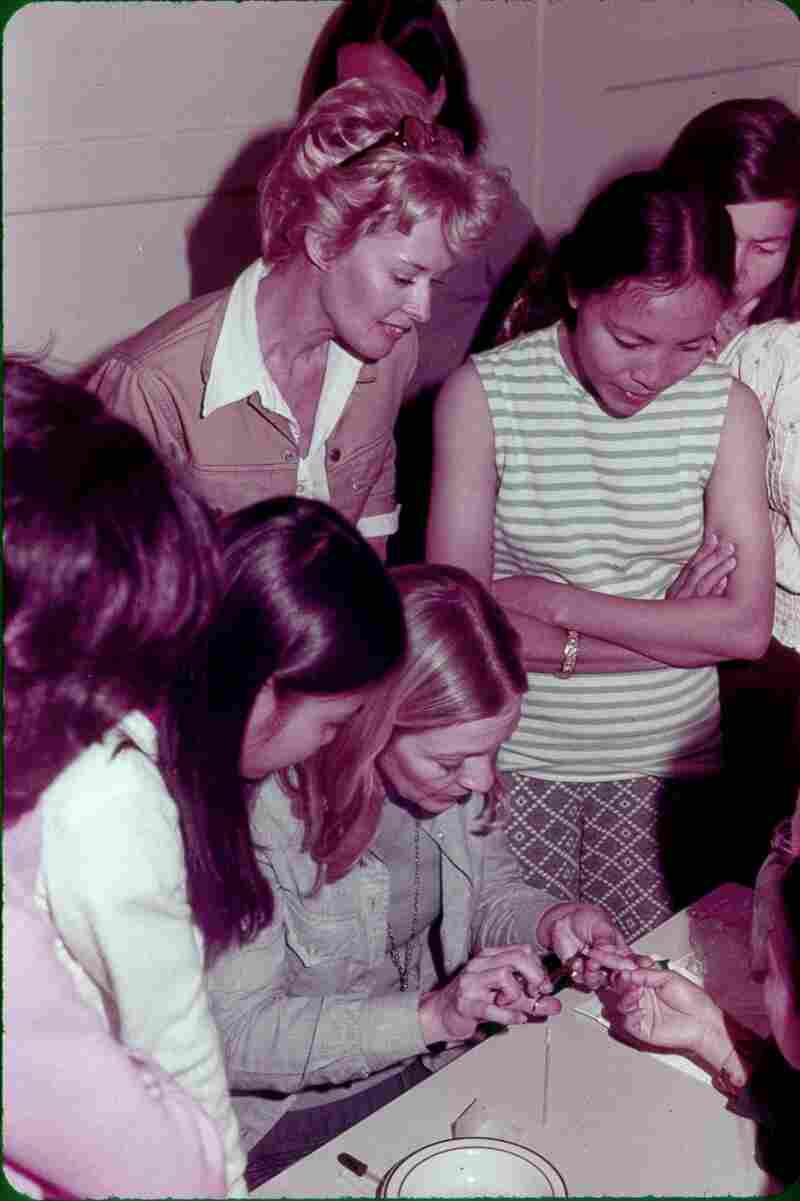 In 1975, actress Tippi Hedren (standing, left) brought her personal manicurist, Dusty Coots, to teach her trade to a group of 20 Vietnamese women in a California refugee camp. Massimo Butera/Courtesy of 'Nailed It' hide caption 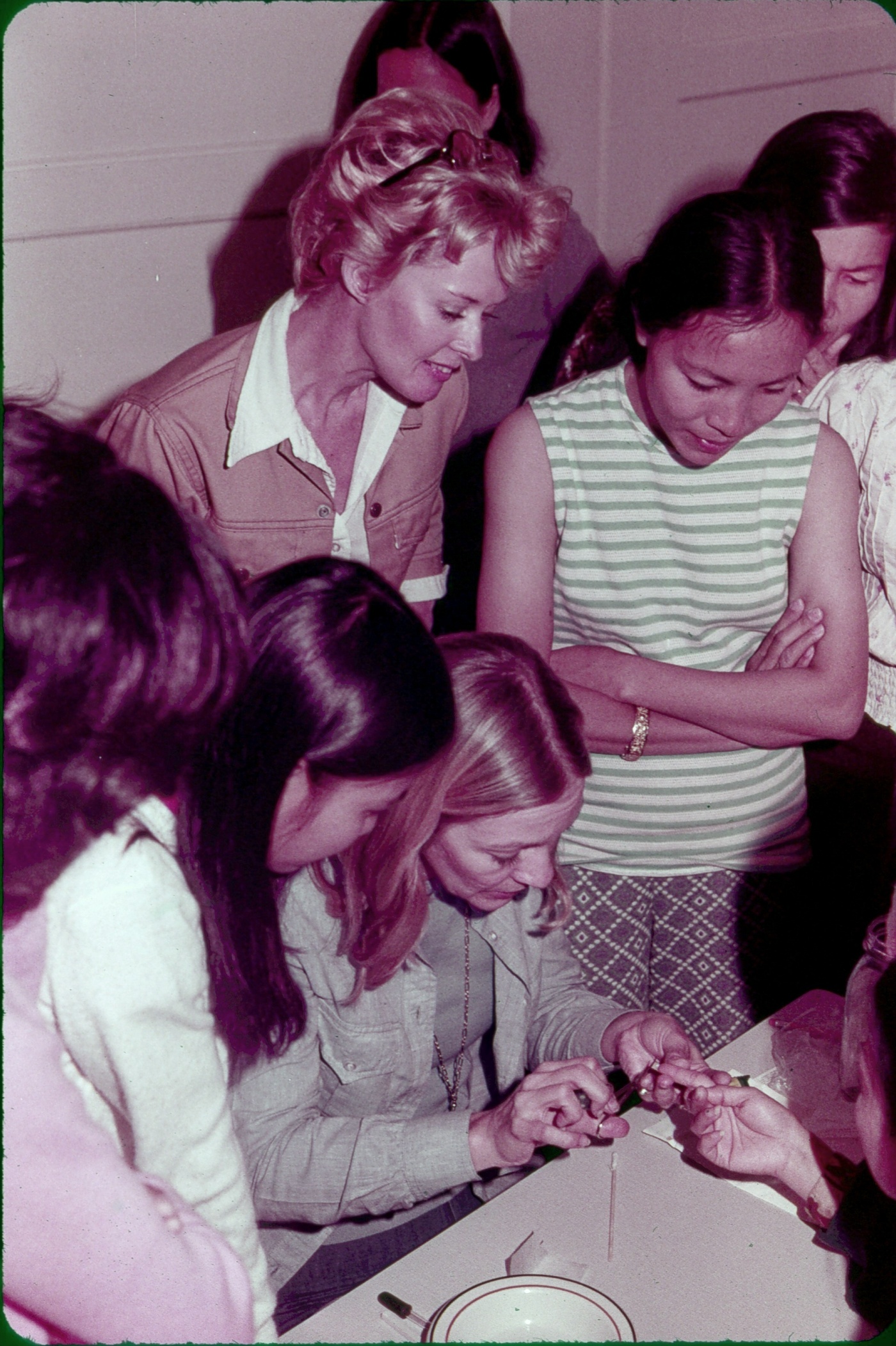 In 1975, actress Tippi Hedren (standing, left) brought her personal manicurist, Dusty Coots, to teach her trade to a group of 20 Vietnamese women in a California refugee camp.

Massimo Butera/Courtesy of 'Nailed It'

I consider myself a person of color, and I feel like a lot of times, our history isn't documented or reported or even seen outside of the white gaze. So there's something very attractive about the Tippi [Hedren] story; I mean, she's this beautiful actress that was in iconic films. But I was pleasantly surprised that the more I researched, the more I really became convinced that this was the original spark for the Vietnamese entering the nail industry. And it was also important to show how they took over this $8 billion industry — or created this $8 billion industry, right? There's so many different facets to the story and how it became a mainstay in our culture.

On the Mantrap salons, which operated in black communities in South Los Angeles

I really believe all fashion comes from black culture. So I always wondered — this was another reason why I made the film — how did these nail salons get to the black neighborhoods, right? ... And that's how I came to know the story of Mantrap. One of the [two co-founding] women is Vietnamese, and the other is African American. And I really believe this was where the Vietnamese found their footing in the nail salon industry, right? Because they brought the price down to a point where working-class women could afford this luxury, and black women just brought an art to it, right? ...

Asian women and black women are never shown in intimate spaces together. So there was something I was observing about the two cultures entwined throughout making this film that I found fascinating, and it goes back to this original Mantrap nail salon. I mean, where on Earth, besides a nail salon, do you see immigrant Asian women and black American women holding hands? I think it's important for people to really understand the nuances of this industry and the people that made it pop.

Yeah, and that's where you really have to research these documentaries, because this could be a point of contention for somebody who works inside the nail industry. Not everybody who works in the nail industry views it that way, right? But there's never been a long-term study of health outcomes of men and women who work in the nail salon industry. So for all the reporting and soapboxing on this issue, I would like to see real scientific data collected ... monitoring the air quality within these confined spaces. So when I really started to peel back the layers, I was kind of disappointed at the lack of research and advocacy that's being done to really provide measurable results so we can say, "Yes, this is a problem. This is affecting the health of nail salon workers, their pregnancies, everything." Because I believe these stories, but it's hard to make it hold up in court, right? Because the chemical companies could always point to the fact that there's never been a study on the health of nail salon workers.

On the reaction to the film from the Vietnamese American community

So much support, but from working-class people, people who aren't necessarily in film who just feel that their story is finally being represented. And that's been the most touching part, you know? 'Cause I think sometimes you see yourself on screen, and you don't even realize that lack of representation until you're seeing it. And so I've gotten really emotional emails from people from all over the country. For how unpolitical it seems to me, it's very political. ...

Our identity is actually forged in blood from this Vietnam War that we are all escaping. ... But if we don't have the voice to even document it — the fact that boat people died by the hundreds of thousands to escape Vietnam and they created cultures overseas called the Viet Kieu people — I mean, who else is going to do it besides us, besides their descendants? I doubt that my daughter is going to have the same kind of emotional response to Vietnam than I do. And I'm just a generation removed.

Audrey Nguyen and Cindy Johnston produced and edited this interview for broadcast. Patrick Jarenwattananon adapted it for the Web.

In a previous version of this report, Dusty Coots' last name was misspelled as Cootes.