Accessibility links
Joe Biden's 2020 Campaign Is Betting That 'Unity' Will Beat Out Anger The former vice president, who saw Barack Obama win twice on a unifying message, is betting that will win out over anger. Will that be enough for Democrats, who feel they have good reason to be angry? 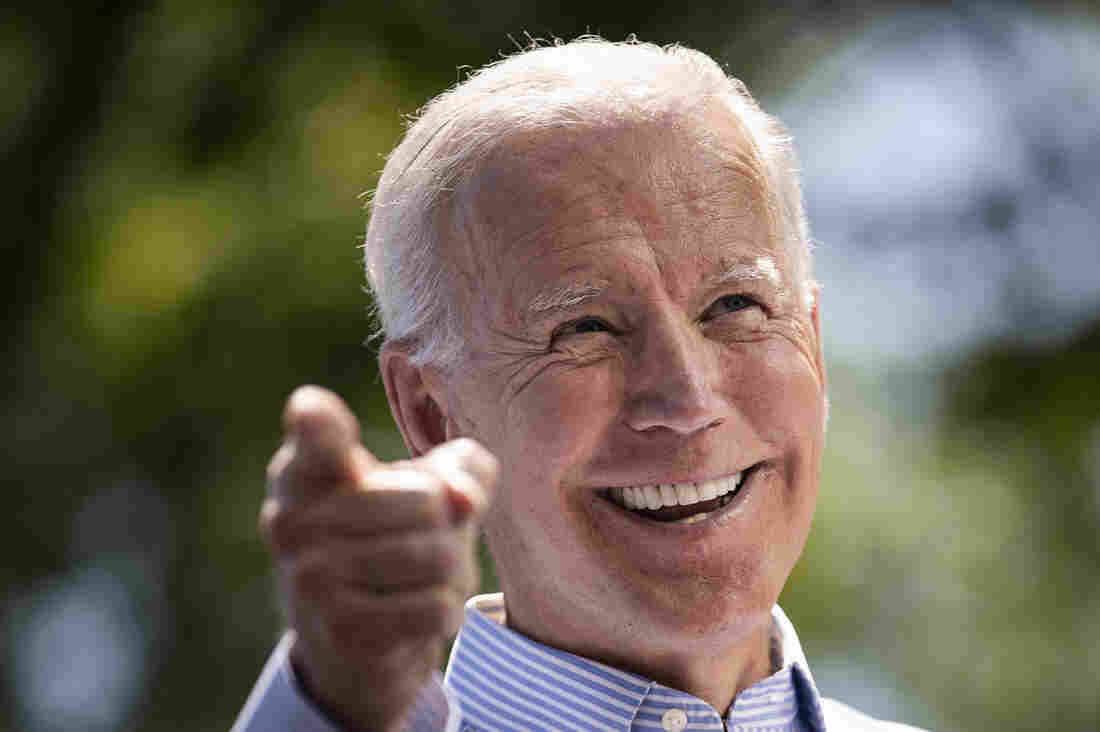 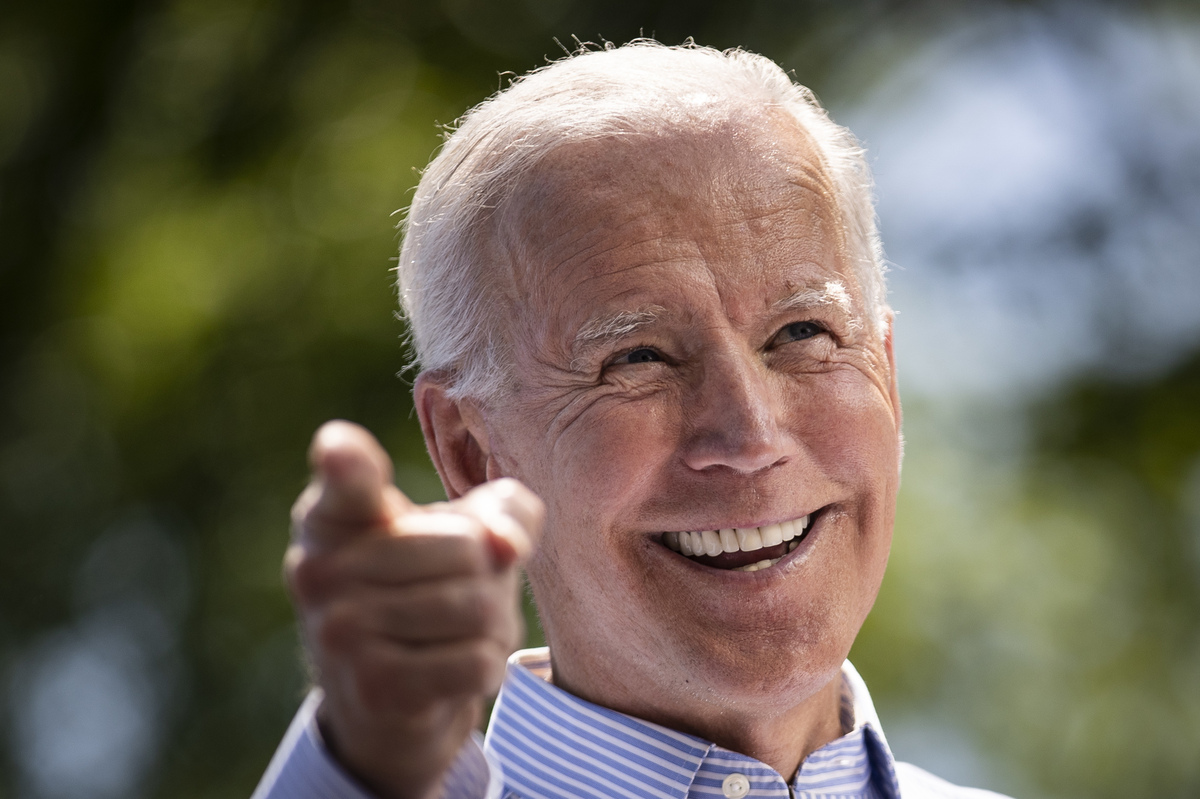 It's not a message for everyone — even though that's exactly what it's intended to be.

Many Democrats are angry. They're angry with President Trump's election and what it represents. And they're angry about the direction of the country, and the inequities in American life.

So it would make sense that the person running for the Democratic nomination for president would channel that anger. President Trump did it to win over the Republican base in 2016, saying he gladly carries the "mantle of anger."

The Democrat tried to put forward a message of unity Saturday at a major campaign rally in Philadelphia before 6,000 people, according to a security official with the campaign, capping off his presidential campaign kickoff.

"Some say Democrats don't want to hear about unity," Biden said. "That they are angry– and the angrier you are – the better. That's what they are saying you to have to do to win the Democratic nomination. Well, I don't believe it. I believe Democrats want to unify this nation. That's what we've always been about. Unity."

He spoke of choosing "hope over fear, truth over lies and, yes, unity over fear." He called it a "different path" that can bring together "Democrats, Republicans and independents."

For Barack Obama's vice president, it made sense.

But lots of liberals aren't buying it.

Rebecca Traister, who authored the book Good and Mad: The Revolutionary Power of Women's Anger, tweeted that Biden is "deeply wrong" that "Anger at injustice has catalyzed transformative change; 'unity' has not."

Who IS this guy, suggesting that anger many feel at injustice & inequity & the suffering they cause is same as Trump’s punitive fury on behalf of himself & white patriarchal power? Anger at injustice has catalyzed transformative change; “unity” has not. Joe is deeply wrong.

Jamil Smith, a writer at Rolling Stone, added, "Women, people of color, and other Democratic constituencies aren't angry like Trump and his followers. They've been pissed off in a whole different way."

Going with “Democrats aren’t angry” is certainly a choice for @JoeBiden. He seems to define anger only as wasteful or hateful. Women, people of color, and other Democratic constituencies aren’t angry like Trump and his followers. They’ve been pissed off in a whole different way.

And yet, Biden has been consistently leading in the polls for the Democratic primary since he got into the race. He's banking that a "unity" message still has resonance. It's what catapulted Barack Obama to prominence, and helped him get elected twice.

The divide over unity versus anger in the Democratic Party is highlighted by the divide between Twitter and the broader electorate. Just 22% of American adults use Twitter, and of those users, a tiny slice — 10% — create 80% of all tweets, according to the Pew Research Center.

When drilling down to the Democratic electorate, Twitter users are outnumbered 2-to-1 by more moderate, more diverse and less-educated Democrats not on social media, according to a New York Times analysis.

The divide may also help explain why so many of the other nearly two dozen Democratic presidential candidates don't talk about Obama. That's a mistake, said Sen. Chris Coons of Delaware, a Biden booster, who was at the event in Philadelphia. He said he'd ask why others "don't want to recognize the significant accomplishments" of the Obama-Biden administration.

"There is a genuine record of actual accomplishments," Coons said.

Among those in the crowd in Philadelphia, the affection for Obama and Biden was evident. There was more than one Obama-Biden T-shirt among those who came out to attend.

"I haven't put this on in years," Tori DeJiosio said of her retro 2008 campaign shirt. "I'm glad it still fits. Biden is a good middle-of-the-road kind of candidate. Yes, I love Obama, but I also love Biden separately." 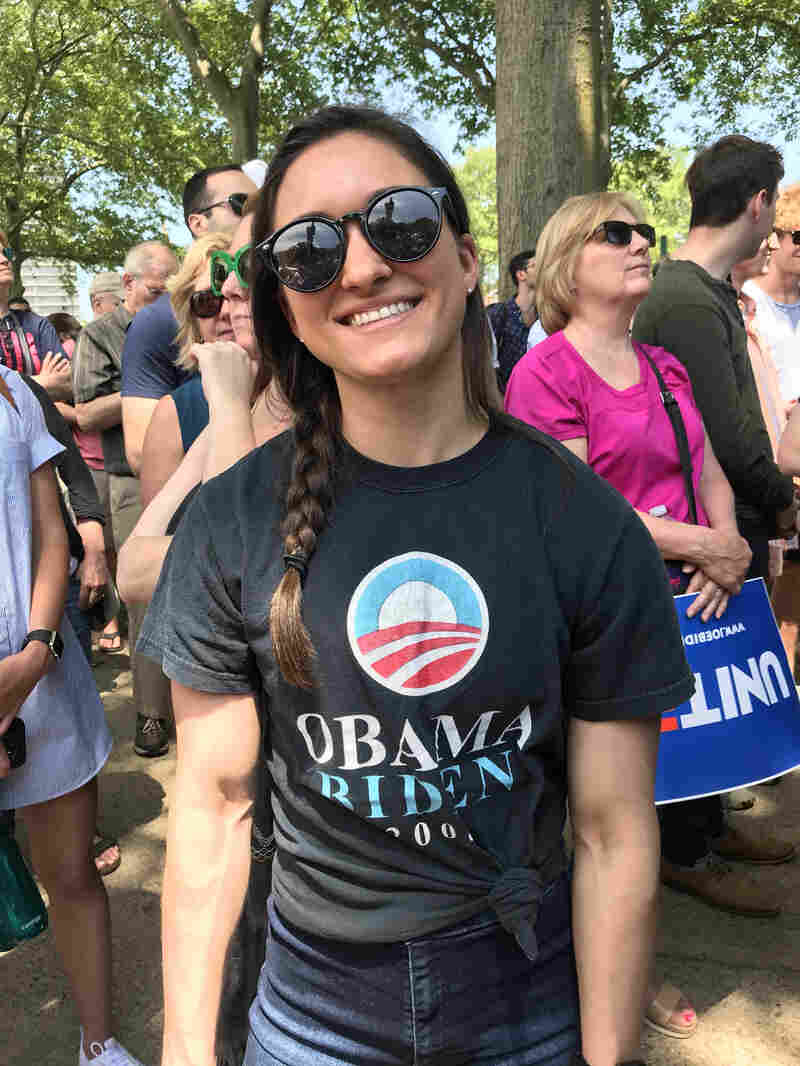 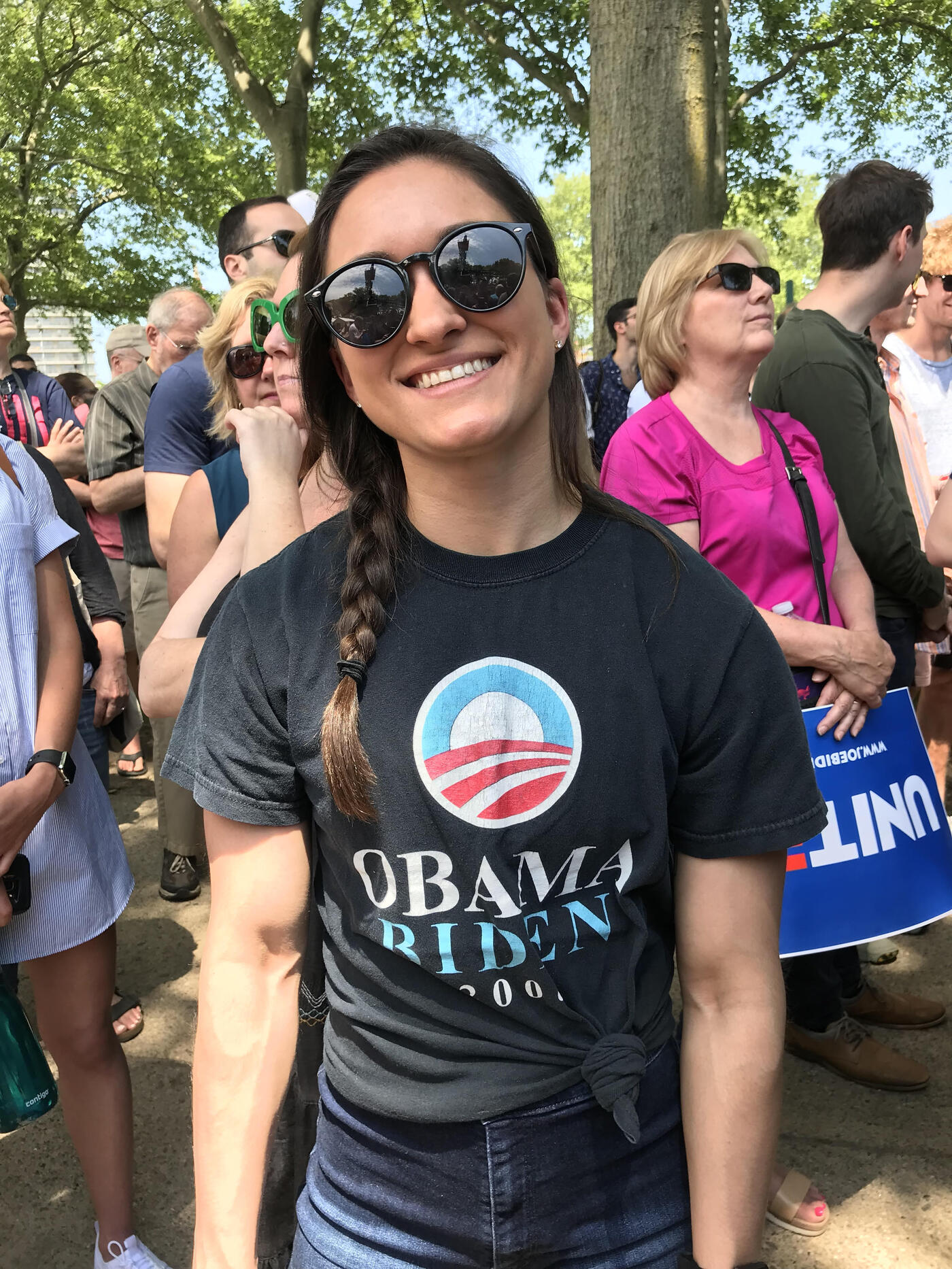 Standing in line for Biden 2020 gear, Nicole Pauzano of nearby Bucks County said, "We were very big Obama supporters. He [Biden] was her favorite," she said, pointing to her 12-year-old daughter, Olivia.

Gary Mitchell, 66, and Kathryn Holbrook, both from Levittown, Pa., said they were undecided and committed to seeing who they considered top-tier candidates. But they like Biden – and part of that is because of what he did as vice president with Obama.

"We have positive views of his time with Obama," Mitchell said.

But Holbrook, asked what would make her mind up, got right to the point. "Does he have a plan to clean up this mess?" she said.

"To get Trump out of office," Mitchell added.

"Where do we start to get out of this mess?" Holbrook said.

"I think he could beat Trump, in my view," Mitchell added.

"Trump needs to get out of the Oval Office," Holbrook said.

And that was the overarching point for voters here — young, old, black, white, they viewed Biden as best to beat Trump.

"I don't want Trump to be president for another four years," said Daril Murard, 27, of Langhorn, Pa., wearing a "Joe 2020" T shirt. "Biden is the one to beat him. Biden is a for-the-people person."

Pauzano, like many others interviewed not just at this event but at campaign events for other Democratic candidates, said electability was her top priority. "I like a lot of the other Democrats," she said, "but he's got leadership qualities we need right now."

Syd Carpenter, also from Bucks County, added, "I think he's the one who can win. He's got the experience."

That was part of what was behind the stagecraft for the Biden campaign – not necessarily to elicit an air of inevitability, but to give voters a sense of electability.

The artifice — from the packed-in crowd for the TV cameras and the three cranes holding up lights to the iconic backdrop and "UNITED" signs behind Biden during his speech — was designed to look like a general-election event. It was meant to give voters — and the national media – the ability to picture Biden as the nominee.

It was intended for Democratic voters, like Mitchell and Holbrook, who desperately want to beat Trump. Mitchell tried to stress that the country has been through worse than Trump, whom he abhors. Mitchell recounted the assassinations of 1968, the cities that burned afterward and the violence at that year's Democratic convention. Of course, there was Watergate, too.

That fear raises the stakes even higher for some Democratic voters right now, who prefer Biden and don't want to risk it with someone who's a less-known quantity.

And Biden, who showed he's not shy of criticizing Trump, is hoping to channel Democratic fear and use a message of unity to win over enough in the middle to put a Democrat back in the White House.