Accessibility links
John Waters As 'Mr. Know-It-All': There Are 'Plenty Of Rules' Left To Break The cult filmmaker, 73, has plenty of ideas about what older people should and shouldn't do. "You can't be trying too hard to rebel [when] you're older," Waters says. His new book is Mr. Know-It-All. 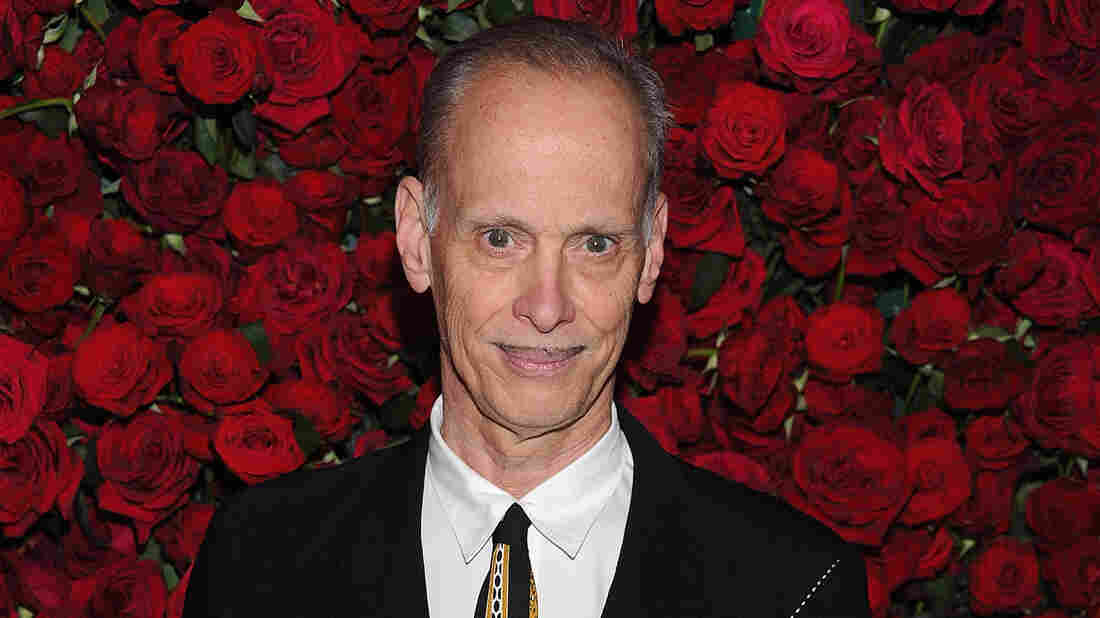 Filmmaker John Waters, 73, has plenty of advice for his fellow elders: "Whenever any magazine says, 'What photographer do you want to shoot you?' I always just say, 'The one that has the biggest retouch budget!' " Dimitrios Kambouris/Getty Images hide caption 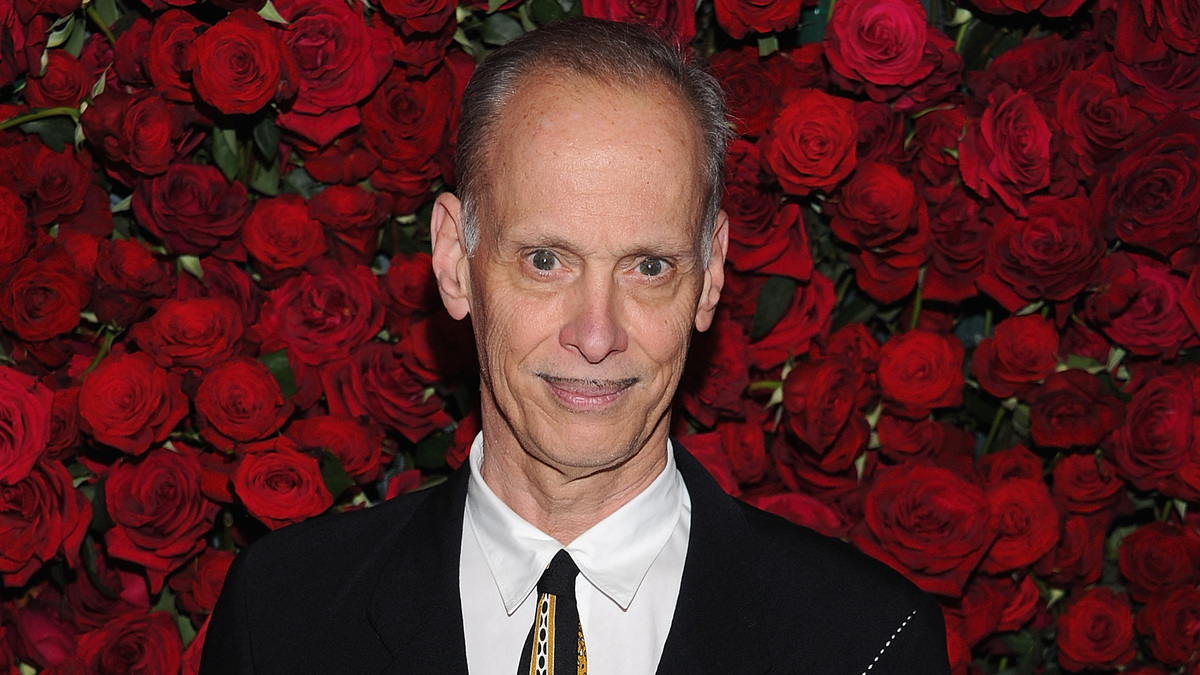 Filmmaker John Waters, 73, has plenty of advice for his fellow elders: "Whenever any magazine says, 'What photographer do you want to shoot you?' I always just say, 'The one that has the biggest retouch budget!' "

Cult filmmaker and self-described "filth elder" John Waters, 73, has plenty of ideas about what older people should and shouldn't do.

The worst thing, he says, is to get a convertible: "Because believe me, old age and windswept do not go hand in hand. It's really a bad look! You can't be trying too hard to rebel [when] you're older."

Waters knows about being a rebel. He became famous for his 1972 film Pink Flamingos, in which the characters compete for the title of filthiest person alive. That film became a midnight movie classic and led to other films, including Female Trouble and Hairspray.

Along the way, Waters became accepted in the mainstream more than he ever expected. Hairspray was adapted into a Broadway musical, and he has also given a commencement address and had museum retrospectives.

Though he jokes that he can't be anarchist — "I have three homes!" — he adds, "There's plenty of rules that you can still break. ... I think you have to use humor and you can't be so angry about it."

Waters looks back on his unlikely path to respectability in his new book, Mr. Know-It-All: The Tarnished Wisdom of a Filth Elder. 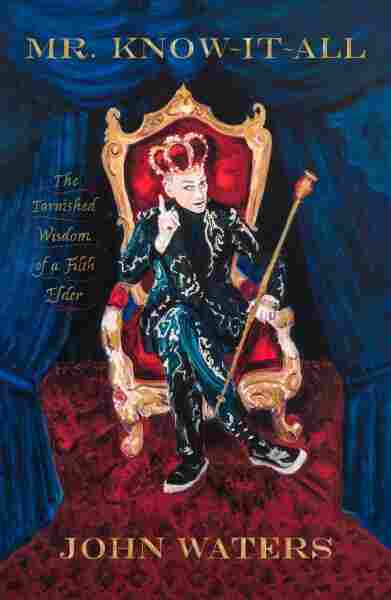 The Tarnished Wisdom of a Filth Elder

On growing up in Baltimore and being inspired by "bad kids"

It was the opposite of me, and I still like to be around people that are the opposites of me. ... We didn't have juvenile delinquents in my school, in my preppy grade school. ... But I always was kind of just amazed to see these supposedly "bad kids" hanging out. I went to the Elvis movies, Jerry Lee Lewis — all that stuff. So I knew about juvenile delinquency.

I was always corrupted by Life magazine because we got it every week and it always covered beatniks, drug addicts. Everything that I was interested in I would read every word of it. And then my parents got the encyclopedia — the World Book Encyclopedia, I think — and that had everything in it! I would look up everything in there that you weren't supposed to. So I was corrupted by the things that my parents brought in for educational reasons in our house — but not for the educational reasons they had in mind. ... Everything about trouble in the arts I looked up.

On whether his parents' death changed him

I don't think I've ever changed, Terry. I think I'm the same as when I first started. I mean, my first film was called Hag in a Black Leather Jacket and it was about a black man and a white woman being married by a Ku Klux Klan preacher on the roof of my parents' house. And the last film I made was A Dirty Shame, which was this sexploitation movie that got an NC-17 rating. ...

The only thing I could think about my parents dying [was] thank God my mother doesn't have to read [my book]. ... But my parents had a happy marriage for 70 years. They both lived to be about 90. I'm wondering why I'm kind of as nuts as I am, really, because I had ... pretty good role models from them.

On how his parents reacted to his being an eccentric child

I was obsessed by car accidents, and I "played" car accidents. My mother would take me to junkyards and walk around with me and I'd be like, "There's been a terrible one over here! Look at this!" And I think [now], what did the junkyard or junk man think? What is this little ghoul? ... I don't know [what my mother thought]. That wasn't in the Dr. Spock book of "What to Do if Your Kid is Obsessed By Car Accidents."

... what parent would be happy their child made 'Pink Flamingos'? Really, none.

[My parents] didn't know what to do, really, but they didn't freak out too much. They were confused by it. And what parent would be happy their child made Pink Flamingos? Really, none. ...

Some of the people that I would bring home, my friends, [my mother] would be horrified, but she was polite. I remember when we made Multiple Maniacs [a 1970 film about psychotic killers who perform in a traveling sideshow] at my parents' house and filmed the "Cavalcade of Perversion" [the sideshow act] on the front lawn. Divine came in afterwards in a bloody one-piece white woman's bathing suit carrying an ax, and my mother served us tea, as if Princess Di had come over!

On getting paid for work that doesn't get made

I have been paid three times to write sequels to Hairspray — real Hollywood money. I was paid to do a children's movie called Fruitcake that I never got made, but I was paid to write it. So I keep getting paid to do them, but they don't get made — which I feel fine about.

I've made 17 movies. It's not like I haven't spoken. ... And at the same time, the books do better than the movies and I just need a way to tell stories. ... But mostly with independent movies, a movie that routinely used to cost $7 million now they want you to do it for $2 million or $1 million. And I can't go backwards! I don't want to be an underground filmmaker at 73. I did that. I went through all that. And Hollywood treated me fairly. I don't have any real complaints.

John Waters Hitchhikes Across America, And Lives To Write About It

I bought a painting — if you could call it that — by Karin Sander, a German artist I like, and what she did, she has never touched this painting or seen it. She gave her American art dealer a blank canvas, and told him to leave it outside in the Hamptons until it got mold all over it. And then the mold dried in kind of a beautiful way. It looks like a Robert Ryman white painting. But then the dealer said, "I can't bring it in the gallery. And if you want to buy it, I have to get it treated." So he got it treated, and then for me to buy it, which I did, I thought, "Isn't this great? If I don't have it treated it could wreck my house. It could make me sick. It could maybe kill my guests. It might disappear one day. It's ugly, and it's really expensive. And this is perfect! This is the perfect contemporary art!" ... It hasn't spread. None of my guests have been rushed to the hospital from it. But I liked the idea that it's a dangerous painting.

On his plans to be buried in Baltimore, in the same cemetery as his friends

It's a small little graveyard. They handled Divine's funeral very well. ... Mink [Stole] is going to get buried there, Pat Moran ... all my friends, so we call it "Disgraceland," and really I like the idea of being buried with your friends. Most people do not do that.

Vincent Peranio, who does all the set designs for my movies, I said, "Maybe you could design [a tombstone] for me that looks old. That has moss on it or something," but I don't want any jokes on it, no. I just want the day I was born and the day I died and my name. I don't want like, "That's all, folks!" or anything like that.

Sam Briger and Mooj Zadie produced and edited this interview for broadcast. Bridget Bentz, Molly Seavy-Nesper and Beth Novey adapted it for the Web.