Accessibility links
'Over The Rainbow' Composer's Estate Sues Big Tech And Labels For Alleged Piracy Harold Arlen's son and his estate are suing Google, Apple, Amazon and scores of record labels for illegally selling and streaming his music. 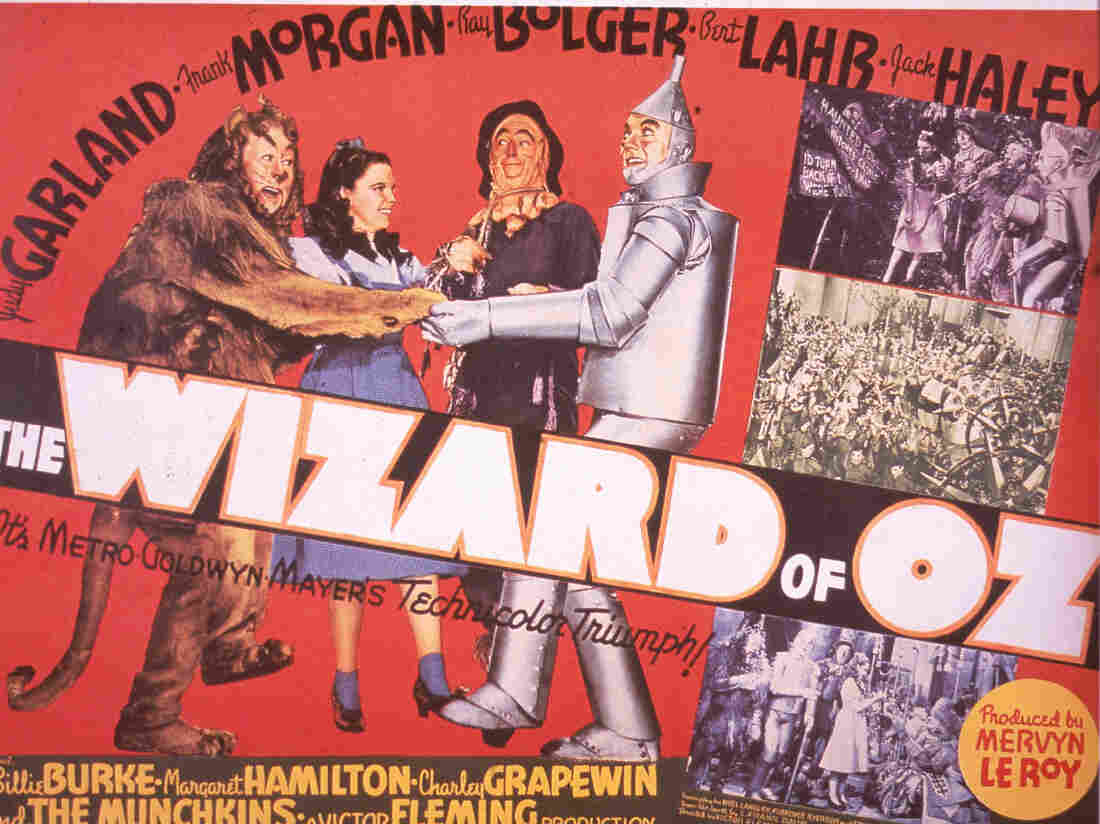 A promotional poster for the 1939 film The Wizard of Oz." Harold Arlen's song "Over the Rainbow" for this film won an Oscar for Best Original Song. Hulton Archive/Getty Images hide caption 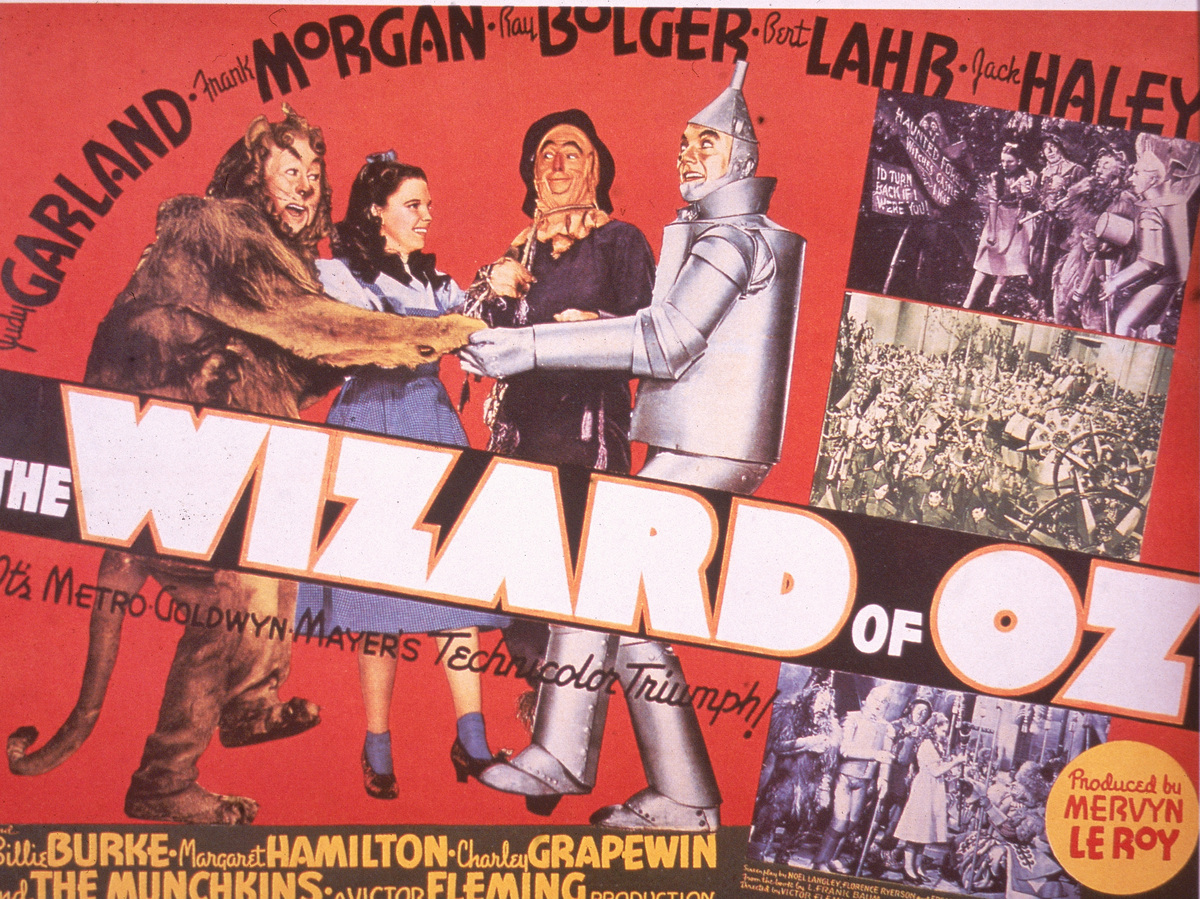 A promotional poster for the 1939 film The Wizard of Oz." Harold Arlen's song "Over the Rainbow" for this film won an Oscar for Best Original Song.

The estate of Harold Arlen — the composer famous for such American-songbook classics as "Over the Rainbow," "Get Happy" and "It's Only A Paper Moon" — has filed a lawsuit against some of the world's biggest technology companies, including Apple, Amazon, Google and Microsoft in what it is calling "massive piracy operations."

Arlen's son, Sam Arlen, and the composer's estate say that they have found over 6,000 unauthorized recordings of his compositions for sale and available for streaming — a situation that they call "massive music piracy operations in the digital music stores and streaming services of some of the largest tech companies in the world." The 148-page complaint was filed on May 9 to California's Central District Court, in Los Angeles.

The plaintiffs are seeking damages that could reach into the millions of dollars: "Anything less than maximum statutory damage awards would encourage infringement," they write, "amount to a slap on the wrist, and reward multi-billion and -trillion dollar companies that rule the digital music markets for their willful infringement on a grand scale."

But there's always been a split between what reissues of musical recordings are legal and illegal at any given point in time, based purely on geography. That's due to the differences in copyright law between the United States, the U.K. and Europe. In the U.S., copyright for recordings made after 1923 and before 1972 is generally 95 years; copyright for published recordings lasts 70 years in both the U.K. and European Union. After that time, they enter the public domain.

In the Arlen case, the plaintiffs are arguing that the estate still holds copyright on the songs in the U.S., that the original labels who hold the recording rights did not give permission for these reissues to be made and distributed, and that the estate is not being paid so-called "mechanical" royalties — that is, the royalty paid to a songwriter whenever her or his work is copied and distributed on a sound recording, whether that recording is streamed, on a digital download, or distributed in physical form such as on CD or on a vinyl album.

Back in the old days of physical record stores and physical product, it was easier to patrol the geographical copyright divide; buyers and customers alike knew if an album had been imported into the U.S. As such, it was also easier for creators and labels to seek enforcement on copyright infringements — in 2005, for example, EMI and Capitol Records successfully stopped Naxos, a label headquartered in Hong Kong, from selling its own versions of staple EMI classical recordings in the U.S., including those of artists like violinist Yehudi Menuhin and Pablo Casals. Naxos lost both the original suit and its appeal.

In these days of streaming, however, creators and labels are staring down a fire hose. Along with naming big-timers like Apple, Amazon, Google and Microsoft, the Arlen estate is going after dozens of named labels (including the aforementioned Naxos, by way of its American subsidiary) as well as "John Doe Distributors and John Doe Pirate Labels." The majority of the labels named in the Arlen suit are based outside of the United States.

Moreover, because so little metadata is generally accessible to consumers, it's nearly impossible for all but the most conscientious or knowledgeable music fan to discern what's an authorized issuing or not — not to mention that the apparently pirated versions seem to be cheaper.

For example, as the plaintiffs point out, a consumer looking for singer Ethel Ennis' recording of Arlen's song "For Every Man, There is a Woman" can find the official recording, made for the RCA Victor label (which is now owned by Sony Music Entertainment), available on Apple's iTunes store for $1.29. However, a pirated version from an entity called "Stardust Records" — with the RCA Victor logo edited out of the cover image — was also available in the iTunes store, at the time of the lawsuit's filing, for just $0.89.