Accessibility links
T-Mobile, Sprint Merger Blessed By FCC Chairman "This is a unique opportunity to speed up the deployment of 5G throughout the United States and bring much faster mobile broadband to rural Americans," said chairman Ajit Pai. 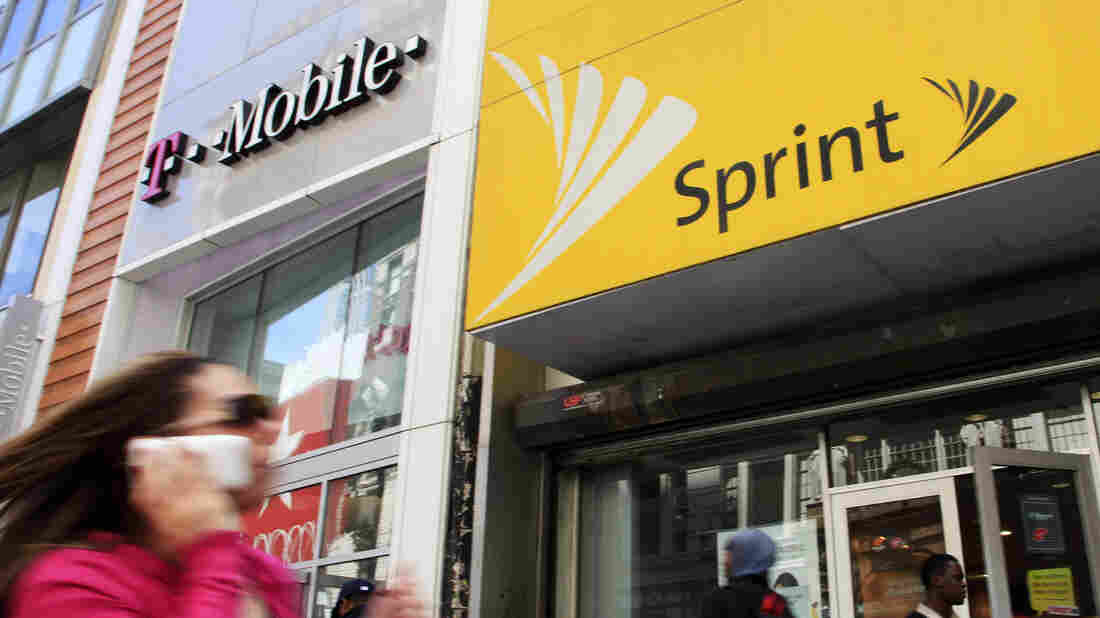 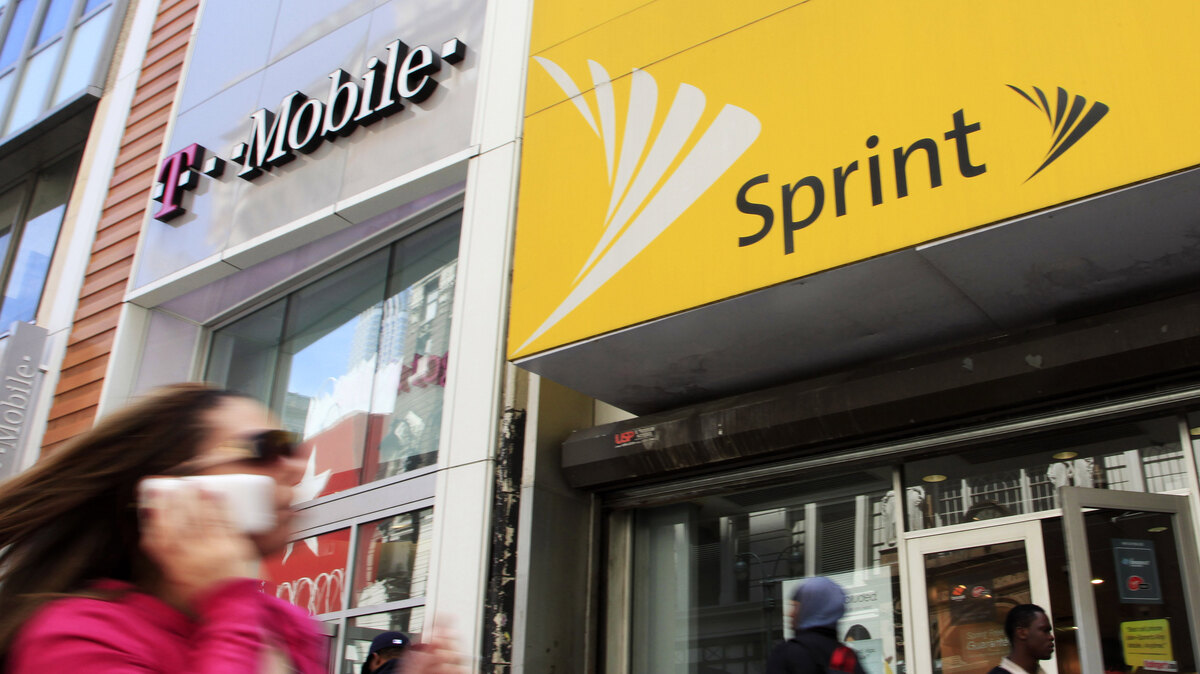 FCC Chairman Ajit Pai said Monday that he endorses the merger of T-Mobile and Sprint.

A telecom merger that has been years in the making is poised to clear a major regulatory hurdle.

Ajit Pai, the Federal Communications Commission chairman, said Monday that he endorses the merger of T-Mobile and Sprint, a $26 billion deal. This came after the companies agreed to various concessions, including a pledge to not raise prices for three years.

"I believe that this transaction is in the public interest and intend to recommend to my colleagues that the FCC approve it," Pai stated. "This is a unique opportunity to speed up the deployment of 5G throughout the United States and bring much faster mobile broadband to rural Americans. We should seize this opportunity."

If approved, it would reduce the number of major U.S. wireless telecom carriers from four to three. The merger would combine third-largest T-Mobile with fourth-largest Sprint in competition with the two biggest providers, Verizon and AT&T.

Pai said discussions with the companies resulted in specific commitments to improve 5G networks – and if they do not live up to these commitments, they could be fined billions of dollars.

Under the terms of the agreement, the companies also committed to not raise their rates for three years after the merger.

And the companies said they will sell the prepaid brand Boost Mobile. According to terms of the deal, this is intended to "remove any remaining doubts regarding the impact of the merger on prepaid wireless customers and competition," nodding to concerns about the effect on lower-income Americans. The companies will continue to own two other prepaid brands, Virgin Mobile and Metro.

"The New T-Mobile will be a disruptive rival with the resources to go toe-to-toe with established behemoths to drive competition and innovation that benefits everyone, everywhere," T-Mobile U.S. CEO John Legere said in a statement. T-Mobile is controlled by Deutsche Telekom, and Sprint is primarily owned by Japan's SoftBank.

Gigi Sohn, a public interest lawyer who worked as a counselor to former FCC Chairman Tom Wheeler under President Obama, said the deal is "still anticompetitive and anti-consumer." Wheeler has previous warned that such a deal would cause prices to rise.

"Does anyone really believe that this FCC, which has asked nothing of the big mobile companies for over 2 years will require the companies to abide by these commitments? ...The handful of unenforceable promises made by the merging companies does no more than put lipstick on a pig," Sohn said in a statement. "The DoJ and the FCC should block it."

Not everyone agrees on how it will impact consumers. "I don't think it will make a significant difference in prices going forward," Roger Entner, the founder of telecom insight firm Recon Analytics, told NPR. "It helps them to roll out faster. ...T-Mobile has dominated the wireless industry for the last four years and grown faster than everybody else combined. And this just will strengthen that trend."

He said the timing of Pai's blessing the merger is likely linked to new U.S. restrictions on Chinese tech giant Huawei.

"Huawei is a significant provider for rural broadband telecom companies. Like a quarter of small remaining broadband providers use Huawei equipment," he said. "By endorsing the T-Mobile deal, and T-Mobile's commitment to rural broadband, you're creating another competitor there where there is none today."

Entner added that this deal is likely to put intense pressure on those small rural carriers. "I would expect quite a few small rural telecos to go out of business or sell because the magenta giant comes in and rolls over them. ... It's like Wal-Mart coming to a mom and pop shop, to a small town in Kansas."