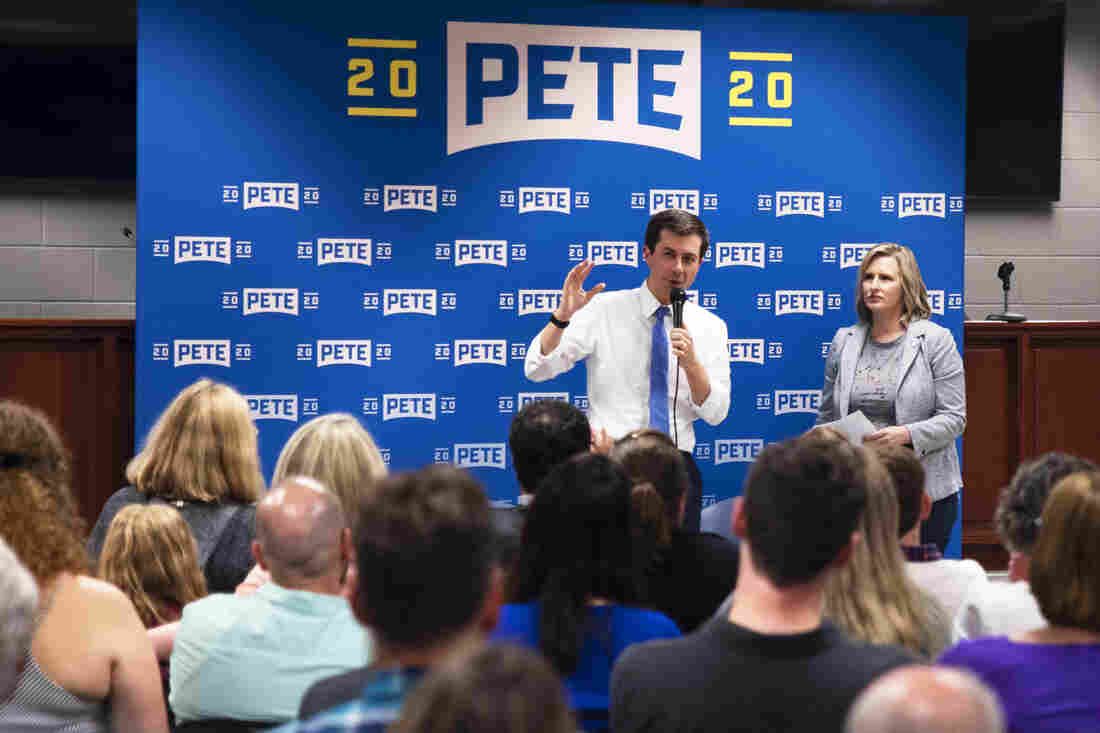 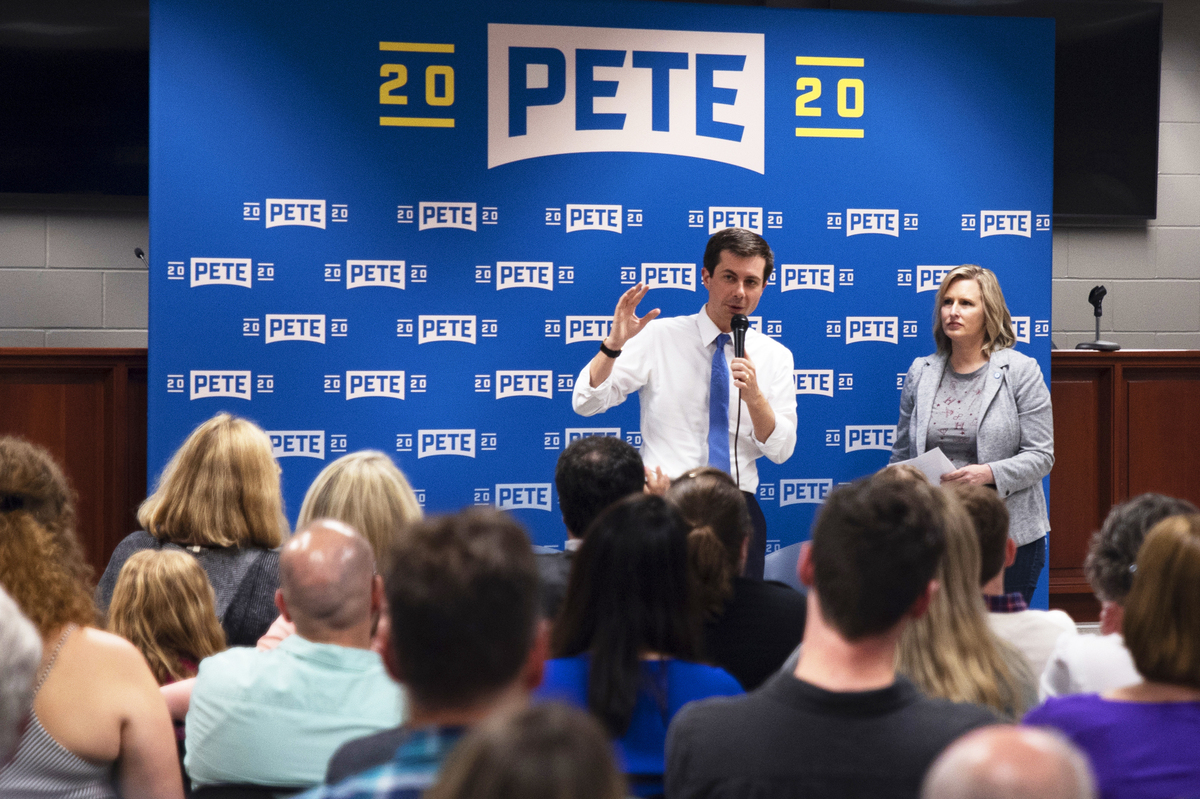 Pete Buttigieg, mayor of South Bend, Ind., and 2020 presidential candidate, speaks during a campaign stop in Des Moines, Iowa, on May 17.

At 37 years old and having held no higher office than mayor, Pete Buttigieg has gone from an unknown presidential candidate with a difficult-to-pronounce name to holding well-attended rallies and generating buzz with televised town halls over the course of a couple months.

Buttigieg and his husband, Chasten, married last year in an Episcopal church in South Bend, Ind., where Buttigieg is finishing his second term as mayor.

"It has made me more compassionate, more understanding, more self-aware, more decent," he told the audience at the LGBTQ Victory Fund's brunch in Washington, D.C., in early April. "My marriage to Chasten has made me a better man. And yes, Mr. Vice President, it has moved me closer to God."

Mayor Pete Buttigieg: "My marriage to Chasten has made me a better man, and yes, Mr. Vice President, it has moved me closer to God." https://t.co/76lcMjQckB pic.twitter.com/czcdF2s1mq

There's a history there.

Buttigieg came out publicly in June 2015 with an editorial in his local newspaper. It was just weeks after then-Indiana Gov. Mike Pence signed a religious freedom law that set off a nationwide political firestorm because it opened the door to discrimination against LGBTQ people. And it complicated the relationship between the two politicians, to say the least.

In a wide-ranging interview with The NPR Politics Podcast and Iowa Public Radio, Buttigieg was asked to recount a time in his life when he failed. While he didn't cite a specific incident, Buttigieg turned again to his marriage. 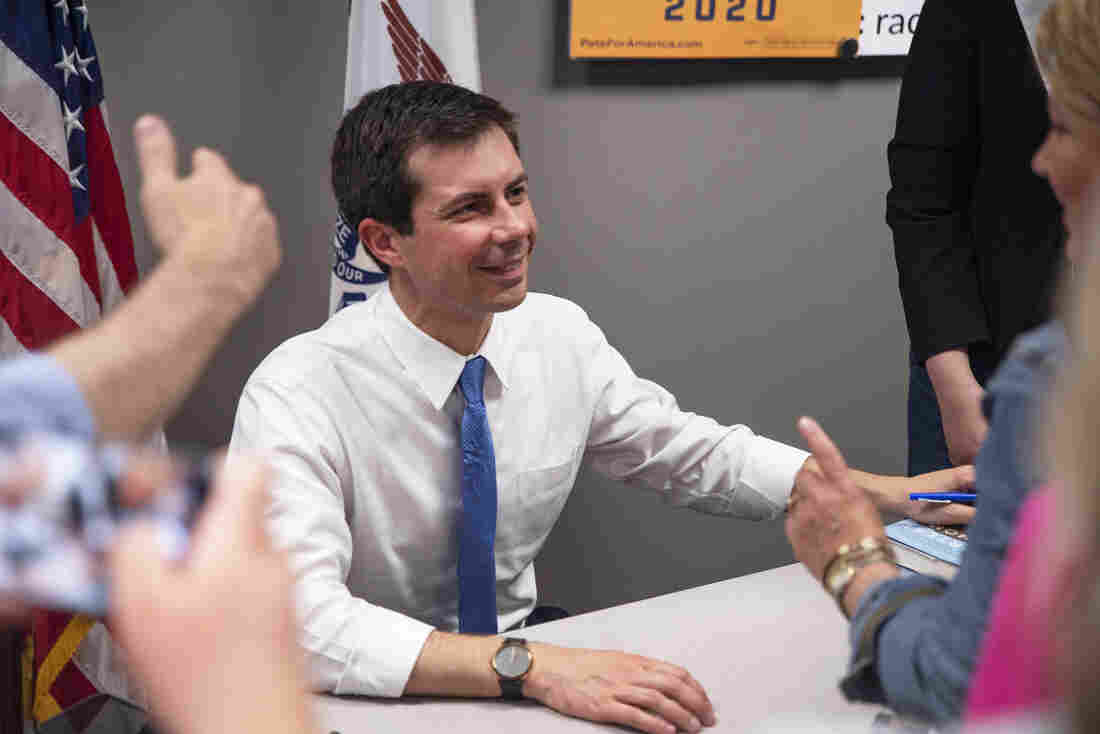 Buttigieg greets attendees of the Iowa 2020 Book Club, which meets regularly to read every presidential candidate's autobiography before the caucuses. Olivia Sun for NPR hide caption 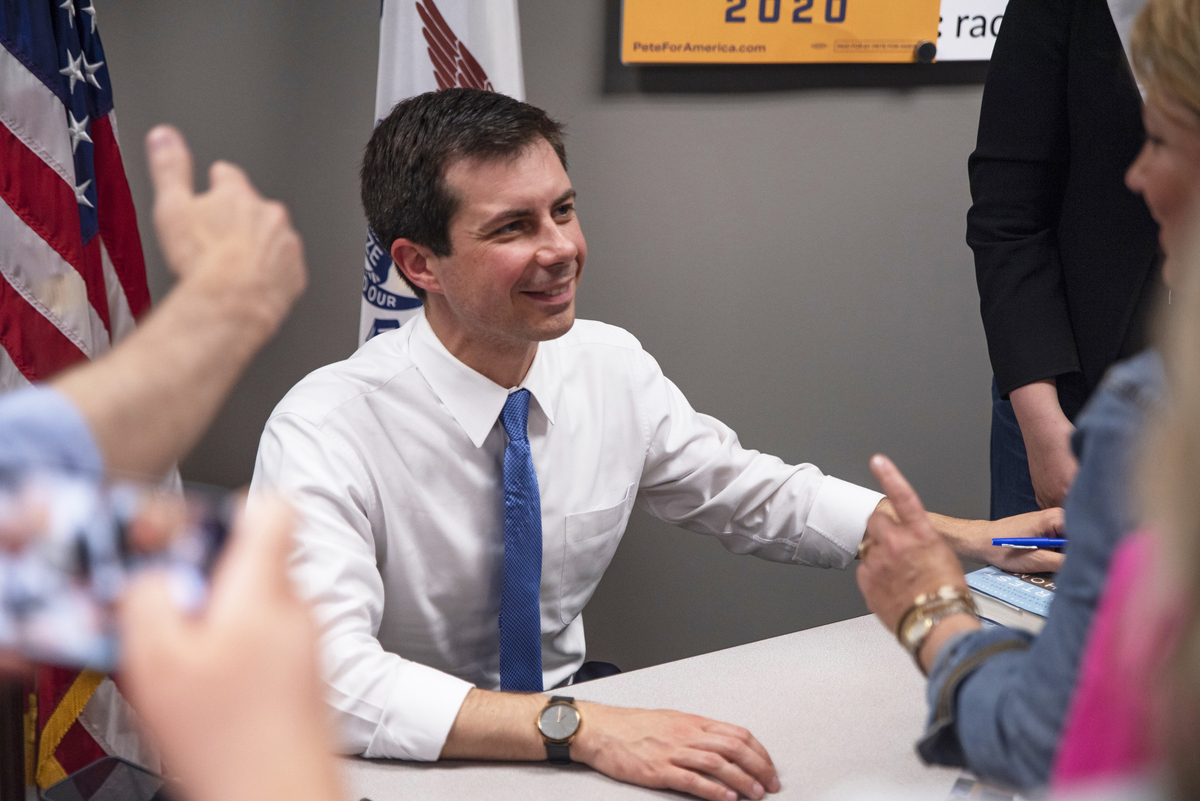 Buttigieg greets attendees of the Iowa 2020 Book Club, which meets regularly to read every presidential candidate's autobiography before the caucuses.

He spoke about how one can "say or do something that hurts somebody you love."

"Your politics doesn't make you a good person," Buttigieg said. "I'm not sure anything makes you an outright good person or bad person — that we're all capable of doing good or bad things. And if you want to know how much good you can do, and how much hurt you can do, just ask somebody you love."

Asked to explain what he meant back in April when he said his marriage moved him closer to God, Buttigieg explained:

"My understanding of my faith is that – through a Christian framework – part of what we are called to do is to lay down our own self-interests, after the model of divinity that comes into this world in the form of Christ and lays down his life. And in order to do that, you have to care about something or someone more than yourself. So much of the New Testament is about love. The idea that God is love. The idea that the greatest of these faith hope and love is love. ...