Accessibility links
NPR Review: 'The Disappearing Earth,' By Julia Phillips Julia Phillips' debut novel takes readers through a year following the disappearance of two little girls in the remote Russian province of Kamchatka — and the way that disappearance reverberates.

Kamchatka Is A Rich Backdrop For Mystery In 'Disappearing Earth'

Kamchatka Is A Rich Backdrop For Mystery In 'Disappearing Earth' 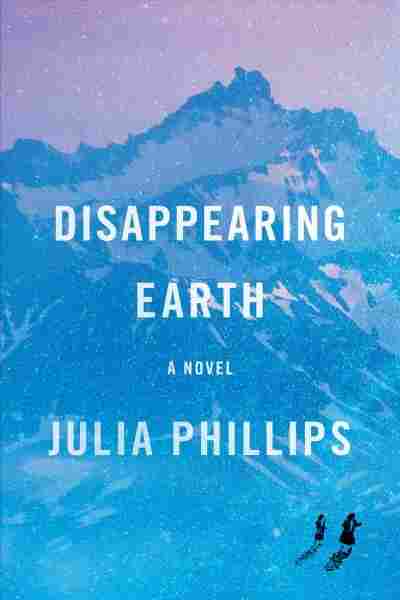 While the peninsular Russian province of Kamchatka is not exactly in Sarah Palin's sightline, its far, far Eastern and Northern coordinates make it more like Nome than Moscow. Rife with wildlife, volcanoes, and treacherous topography, it's also almost inaccessible, with no major roads connecting it to the rest of Russia — because it was a closed military zone until 1989.

Kamchatka, with its main city of Petropavlovsk, forms the backdrop to a stunning debut novel from Julia Phillips, Disappearing Earth. In the first chapter, a disappearance does take place: Two young sisters are lured into a strange man's car after he tells them his leg is hurt and he needs help.

While Alyona and Sophia Golosovskaya are not completely forgotten by their community, the chapters that follow reveal more about Kamchatka than they do the mystery of the girls' fate. Or does one reveal the other? Phillips spent two years there on a 2011 Fulbright grant, and lets her experience shimmer lightly, in details like the needlework on an indigenous character's dance costume, strong tea laced with whisky served in china cups, the particular "smoke, meat, mildew" funk of reindeer herding camps.

The book advances month by month in the year after the sisters vanish, and each is tied firmly yet transparently to its season, like flat-sewn animal pelts. Young people grapple with sex and sexual identities in a late-season swim. A couple on an autumn camping trip forget their tent, but it works out for the best. In winter, herding people come south to visit their families and tempers flare in close quarters. The situations remain strange in their specificities and universal in their familiarity; anyone who has ever had a mother will recognize the false bright tones used with children when trying to conceal disharmony. Anyone who has ever lost a loved one will become a little teary when a quiet middle-aged nurse is widowed for the second time.

If those beautifully delineated scenes were the whole of Disappearing Earth, it would be enough, at least enough to have some readers nod happily at the author's sinuous stories. But Phillips has an endgame, and as the months advance, so do the clues about the missing sisters — and another missing girl, named Lilia, for whom far fewer people seem to be looking. Lilia, you might guess, comes from an indigenous family. The suspicion of anyone "native" by the Russian settlers remains strong. When fingers are pointed, they're pointed first at anyone who is from the Even tribe, anyone whose skin is tan — or tanned, by work with the herds.

However, the mystery (which turns out to have quite a few twists; it's worth reading until the very end) isn't everything, either. As Phillips has said in interviews, her book is a means of exploring the violence in women's lives, violence in many forms: The aforementioned widowing, which occurs when a man dies in a car accident on an icy road. Domestic violence in all its abusive forms. Abduction, rape, keeping secrets. As the many characters live through the calendar year, they appear in each others' stories, bit by bit. If you're paying attention, you may figure who took the girls.

['Disappearing Earth'] comes closer in spirit to great American literature than most of the fiction set within U.S. borders.

Phillips knows you might, and so her penultimate chapter is about how everyone else figures it out, a long scene centered on the regional native peoples' celebration for which some of the characters have prepared since the previous summer. Marina, mother of Alyona and Sophia, finally encounters Alla Innokentevna, mother of Lilia, and it's clear that two women united in grief can accomplish more in a few hours than the authorities could do in many months.

And one woman can write a novel about a country not her own that comes closer in spirit to great American literature than most of the fiction set within U.S. borders. Julia Phillips witnessed Kamchatka in transition from its Soviet-era sleepiness into post-Communist Wild West-like corruption. While she says her next novel "is not set on a volcanic Russian peninsula I need to save up for three years to get to," readers of Disappearing Earth will be willing to follow her to any destination.