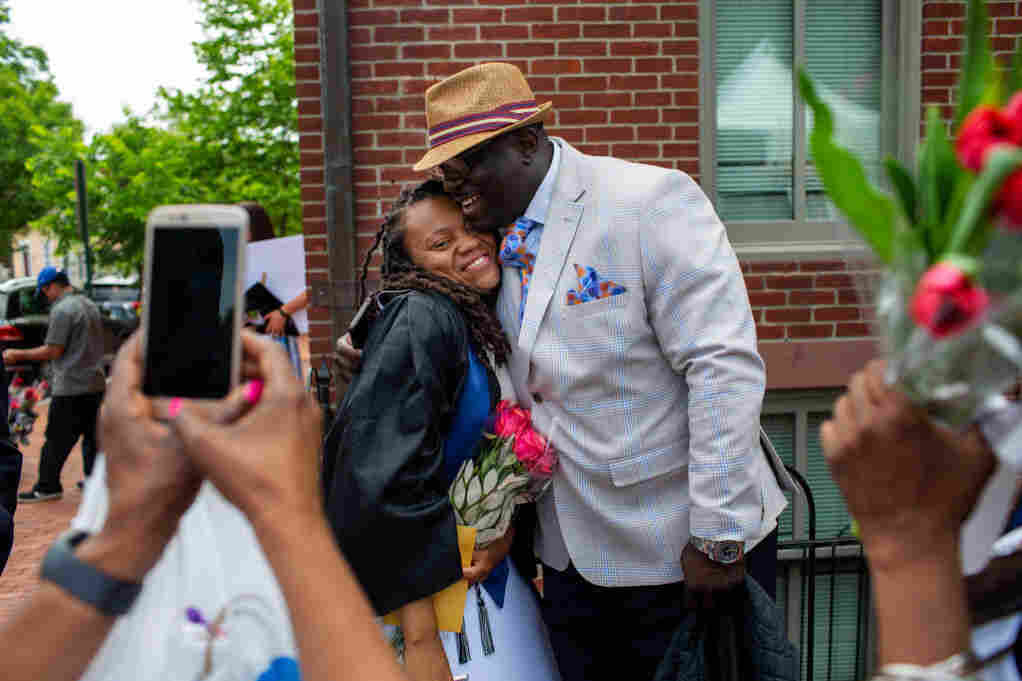 Rashema Melson gets a hug and has her photo taken with her cousin Anthony Young after the 2019 Georgetown University graduation ceremony. Robb Hill for The Washington Post/Getty Images hide caption 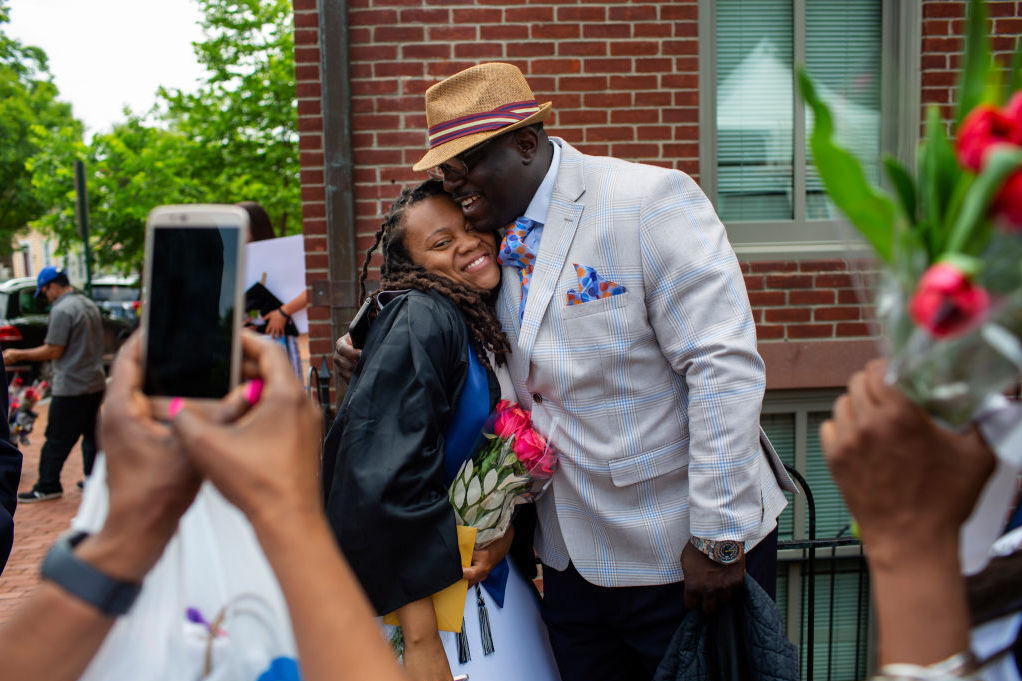 Rashema Melson gets a hug and has her photo taken with her cousin Anthony Young after the 2019 Georgetown University graduation ceremony.

Rashema Melson was among the more than 1,750 undergraduates who received diplomas from Georgetown University last weekend.

Before she attended college on a full scholarship, Melson graduated at the top of her class as the valedictorian of Anacostia High School in Washington, D.C.

She was also living with her mother and brothers at D.C. General, a family homeless shelter that shut down last year.

At The Head Of Her Class, And Homeless

Now, five years after she started college, 23-year-old Melson has graduated with a degree in justice and peace studies. She plans to return to her community to work for a few years before attending law school.

"I don't want to just be someone who makes a lot of money and donates," she says. "I want to get in there and actually do something. I want to mentor. I want to change laws. I want to do something that's really going to make an impact."

On her first few years at Georgetown

I worked at the financial aid office for the first three years. For the first two years, I was very sheltered, and I didn't go out a lot, at all actually. I even avoided the dining hall. ... I felt that I've come to Georgetown to get a degree, and there was a lot of pressure on me from a lot of people to do great, and it kind of boxed me in, and I kind of mentally let it get to me.

On how she responded to the pressure to succeed

I did the cowardly thing, and I left Georgetown. I was getting married at the time. But in my head it was a way for me to escape all of the pressure and expectations. And while I was [at a military base where she lived with her husband], I realized that I had way more talent and ambition and so many other things to accomplish that I couldn't settle for less. And so I decided to get up and come back.

On the decision to return to Georgetown

On how the rest of her family is doing

My mom is in an apartment. My brother just finished his first year at Syracuse University [on a football scholarship]. ... I think that him seeing me being the first one in our nuclear family to actually graduate from college lets him know that he can do anything.

On what she hopes to accomplish in the future

While at Georgetown and while seeing the opportunity that I had that others don't have from where I come from, I really want to make a difference. ...

I want to pour love into our system. I want to let people know that they matter, and I don't think that's happening enough, which is why we tend to give up on ourselves. But soon, all the statistics about us will be changing for the better.

Natalie Brennan produced and Dave Blanchard edited this story for broadcast. Maureen Pao adapted it for the Web.