Accessibility links
Glen Casada To Resign As GOP Tennessee House Speaker After Inappropriate Texts Glen Casada announced that he will resign his state House speakership after inappropriate and offensive texts leaked weeks ago. He has served in the Legislature for nearly 20 years. 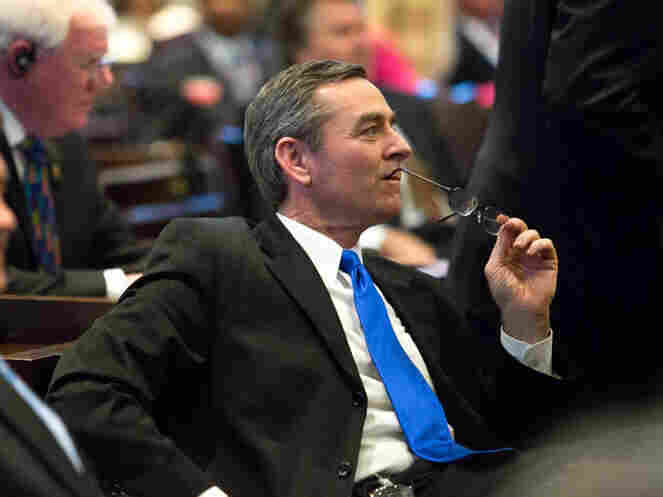 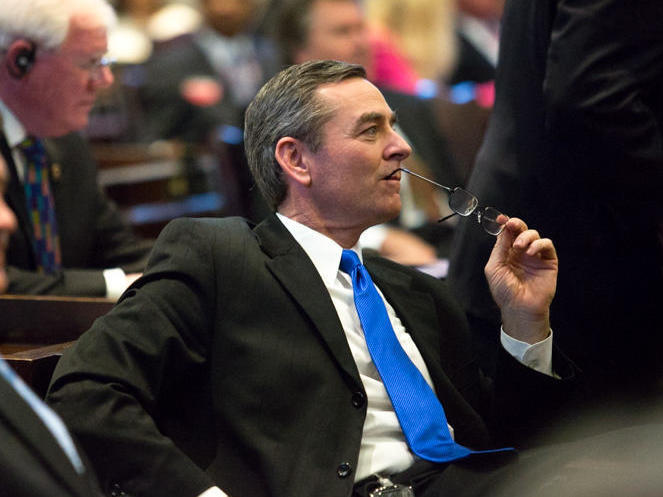 Tennessee Republican Glen Casada says he will resign as state House speaker after exchanging inappropriate and offensive text conversations with a former aide.

Tennessee House Speaker Glen Casada, a Republican, said on Tuesday he plans to step down from his position after lewd and racist text messages between him and his former chief of staff were leaked to the media.

"When I return to town on June 3, I will meet with caucus leadership to determine the best date for me to resign as speaker," Casada said Tuesday.

Opposition to his leadership snowballed after texts were leaked to the media in which Casada and his now-former chief of staff, Cade Cothren, traded lewd remarks. Sent in the summer of 2016, the messages show Casada egging on the aide as he bragged about a sexual encounter in a restaurant bathroom, as one example.

The leaks also included a text message in which Cothren disparaged African Americans, calling black people "idiots." Only one of those went to Casada, and it is not clear whether he responded.

Casada first questioned the authenticity of the texts, then wrote them off in an interview as "locker room talk." Finally, Casada conceded that the texts were real, and he apologized.

The speaker has served nearly 20 years in the state House of Representatives and been a top leader for more than a decade.

He joined the Legislature when it was still run by Democrats, and his accomplishments include helping to build the Republican Party's nearly three-quarters majority in the state House. A skilled campaigner and fundraiser, Casada has assisted in the recruitment and strategies of dozens of Republican lawmakers.

But rumors have swirled around his personal life for years. While running for House majority leader in 2016, Casada publicly denied rumors that he had an extramarital affair.

Casada has since divorced, and in an interview with WPLN shortly before he was formally named speaker, Casada said he was willing to face scrutiny.

"You don't see me hide," Casada said. "My life is an open life, and just watch how I live."

He is expected to resign from leadership in the coming weeks.