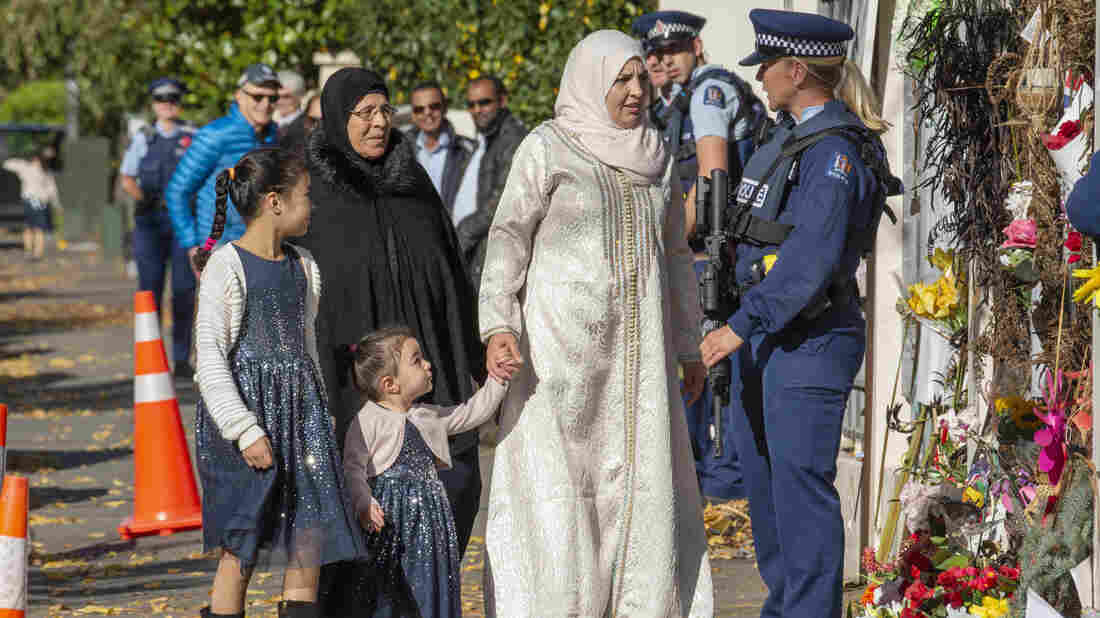 Families outside of the Al Noor Mosque, one of two targeted in the March 15th shootings in Christchurch, New Zealand. David Alexander/AP hide caption 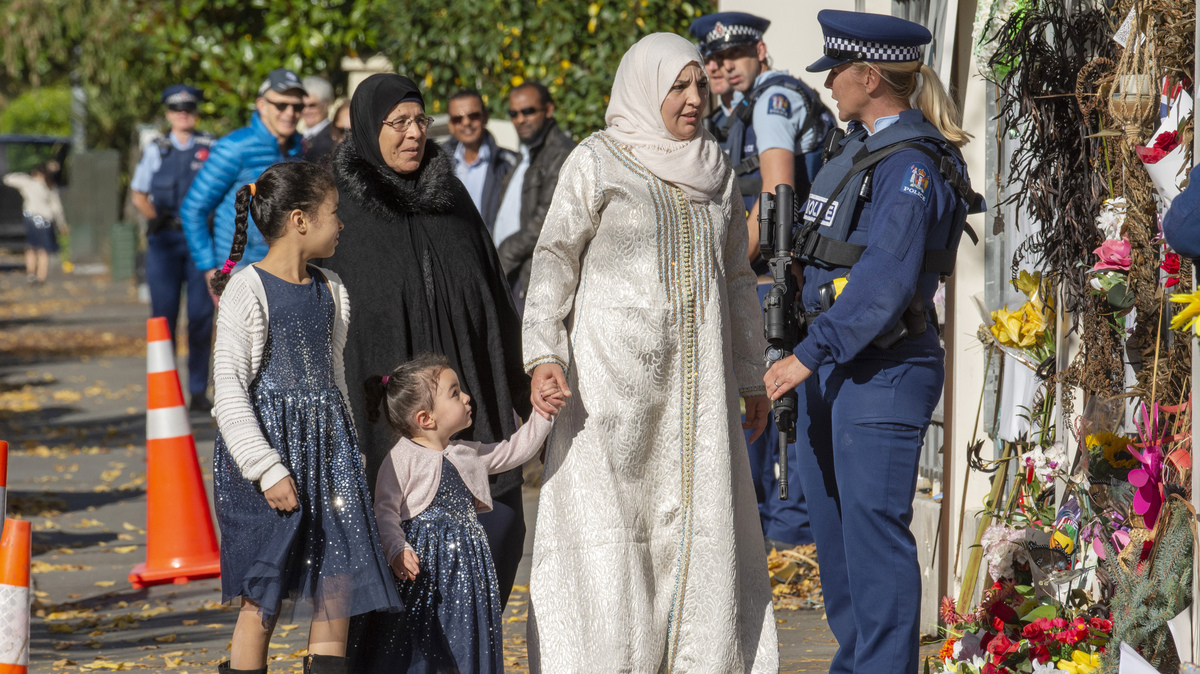 Families outside of the Al Noor Mosque, one of two targeted in the March 15th shootings in Christchurch, New Zealand.

An additional murder charge was lodged against him on Tuesday in relation to a Turkish man shot in the attacks who died earlier this month at Christchurch Hospital.

Tarrant, who is an Australian citizen and a self-described "white supremacist," wrote an anti-immigrant, anti-Muslim manifesto before the attacks. New Zealand has made it illegal to possess the manifesto or video footage of the attacks, which the shooter streamed live online via Facebook.

In a statement, New Zealand police said they are charging Tarrant with engaging in terrorism under the Terrorism Suppression Act. New Zealand enacted the law in the wake of the 9/11 attacks, and the charge filed against Tarrant is the first of its kind. Following the shooting, New Zealand Prime Minister Jacinda Ardern said, "It is clear that this can only be described as a terrorist attack."

Less than a month after the massacre, New Zealand passed a law banning most semiautomatic weapons, and Ardern urged social media companies to monitor their platforms more aggressively for extremist content.

Last month NPR reported on the recent spate of attacks at churches, mosques and synagogues:

"Over the past few months, attackers have targeted places of worship around the world. On Saturday, a gunman opened fire in a California synagogue on the last day of Passover, one of the holiest holidays in the Jewish calendar. The attack on the Chabad of Poway synagogue outside San Diego followed a series of explosions on Christian churches in Sri Lanka on Easter Sunday; mass shootings at New Zealand mosques last month; and a shooting at a synagogue in Pittsburgh six months ago."

J.M. Berger, the author of Extremism, spoke with NPR's Ailsa Chang about how the internet has facilitated a rapid spread of extremist ideologies expressed by suspects like the New Zealand shooter — and he noted that a shooter at a San Diego synagogue had modeled his attack after Tarrant's.

"Now, if you go back to the 1980s and 1990s, extremist ideologues had to make a videotape. And then that videotape would be passed around. Somebody would have to carry it somewhere or mail it somewhere. This process was expensive, and it was slow. And with the rise of the Internet, an extremist ideologue or a mass shooter can create a document, distribute it instantly to thousands of people who then spread it to thousands more. And there is very little friction to stop that from happening."

Both the murder and terrorism charges against Tarrant are punishable by life in prison. His next scheduled court appearance is in June.