Accessibility links
Protesters Rally To Stop States' Abortion Bans Protesters rallied outside statehouses and the Supreme Court, where some of the laws may eventually be considered. Hundreds of events were part of a national day of action called #StopTheBans. 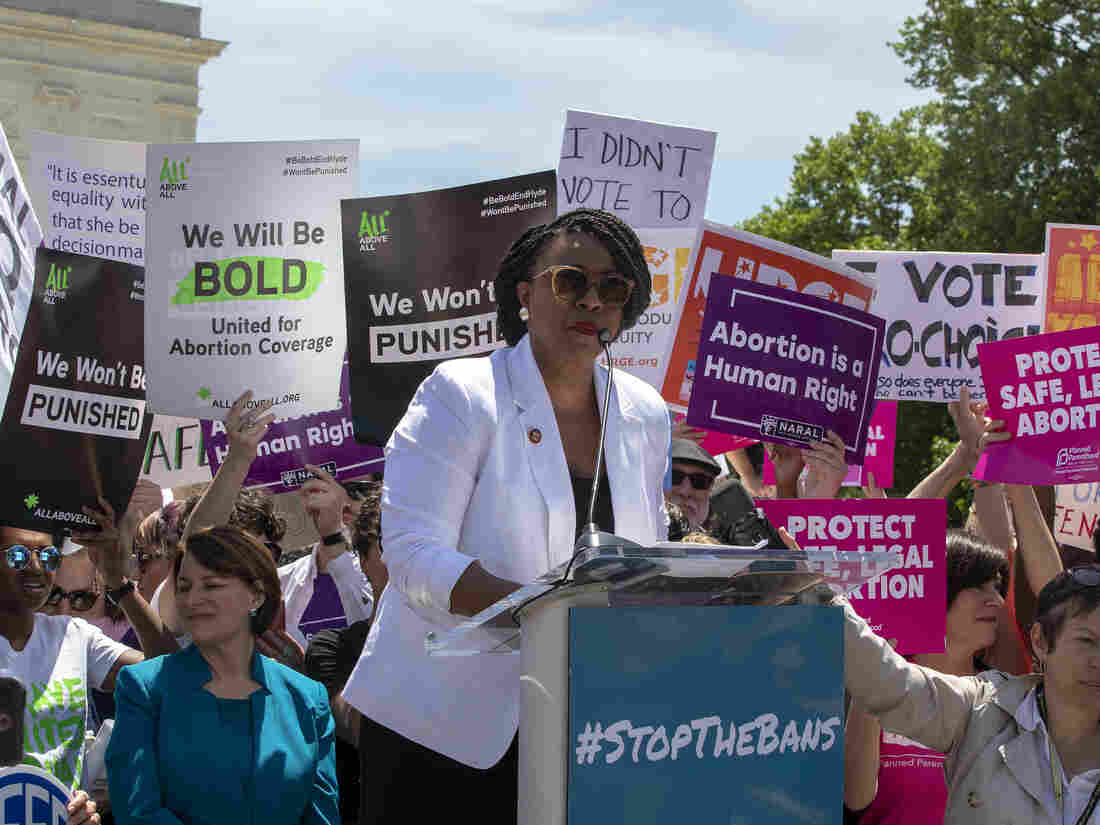 Rep. Ayanna Pressley, D-Mass., speaks at an abortion-rights rally at the U.S. Supreme Court on Tuesday in Washington, D.C. It was part of a day of action nationwide to protest a wave of state laws restricting abortion. Tasos Katopodis/Getty Images hide caption 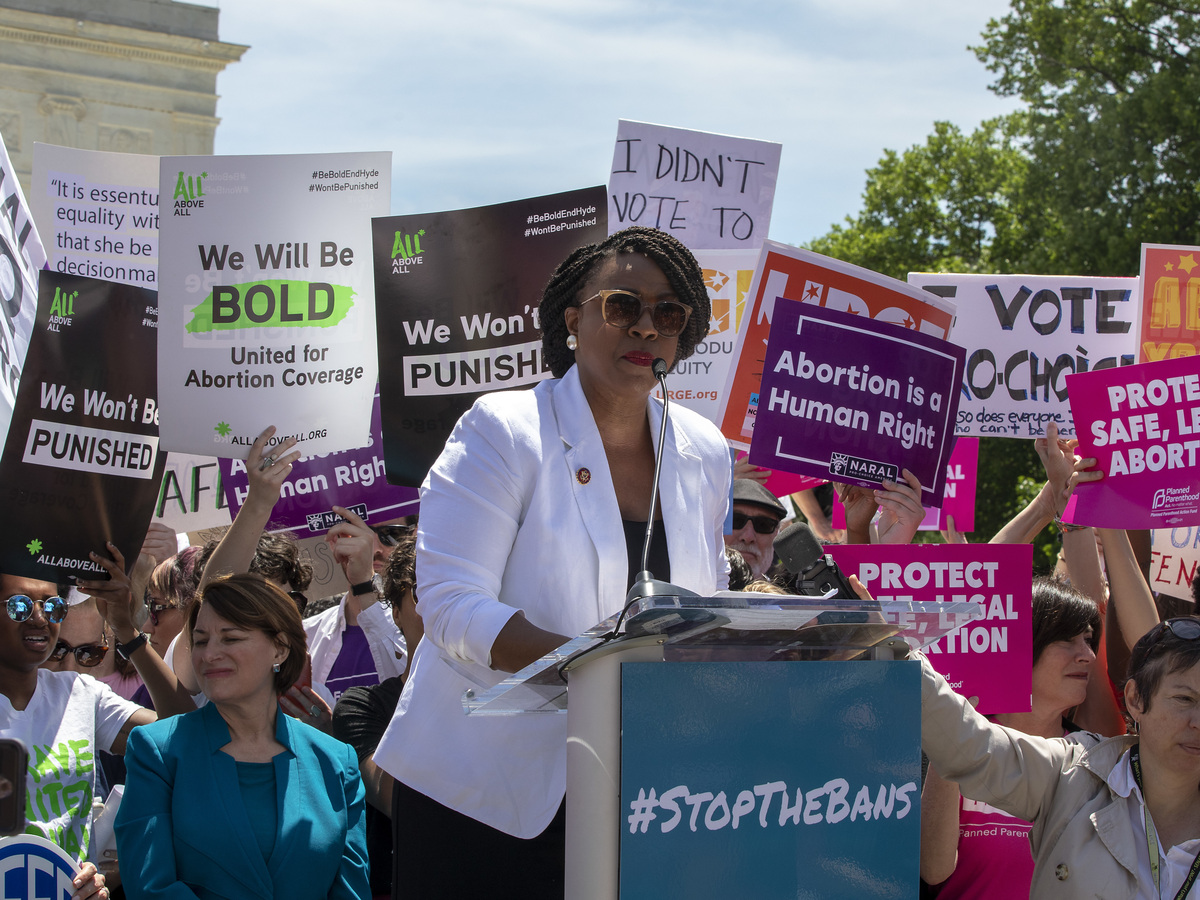 Rep. Ayanna Pressley, D-Mass., speaks at an abortion-rights rally at the U.S. Supreme Court on Tuesday in Washington, D.C. It was part of a day of action nationwide to protest a wave of state laws restricting abortion.

Abortion-rights advocates are holding rallies across the country Tuesday, protesting a wave of laws passed by states in recent weeks to severely restrict access to abortions.

Organizers include the ACLU, Planned Parenthood Action Fund, and NARAL Pro-Choice America. More than 400 events were planned for a national day of action outside statehouses and courts, united under the #StopTheBans moniker.

A rally outside the U.S. Supreme Court drew a number of Democrats vying for the 2020 presidential nomination, including South Bend, Ind., Mayor Pete Buttigieg and Sens. Amy Klobuchar of Minnesota, Bernie Sanders of Vermont, Cory Booker of New Jersey and Kirsten Gillibrand of New York.

"This is the beginning of President Trump's war on women," Gillibrand told the crowd. "If he wants this war, he will have this war, and he will lose."

In Atlanta, protesters held signs reading "Our bodies, our choice" and "You, yes you: Run for office." Georgia Public Broadcasting's Stephen Fowler reports that activists focused on two messages: Abortion is still legal in the state, and reproductive rights and maternal health care will be major issues in 2020.

Georgia's new law is set to take effect Jan. 1. Before that happens, the ACLU and other groups plan to challenge it. But blocking tighter abortion restrictions isn't the end goal, Andrea Young, executive director of the American Civil Liberties Union of Georgia, told GPB.

Ilyse Hogue, the president of NARAL, told NPR's Sarah McCammon that her group has been hearing from activists around the country since these laws started being enacted — just as they heard from activists last year during the confirmation hearings for Supreme Court Justice Brett Kavanaugh.

"We are seeing the same level of energy, possibly more, because some people didn't believe even with Justice Kavanaugh on the bench that Roe was threatened," Hogue said before the protests. "But these laws show that it absolutely is, that there is a goal coming out of these states with a national anti-choice movement to criminalize abortion and punish women."

LIVE at the U.S. Supreme Court to defend abortion rights and #StoptheBans. https://t.co/JEtH8rHNoF

"We are going to send a national message that no matter where you live, there is a strong force that is fighting against you if you are going to oppress women," Hogue said. "It's a way for people to come together, have a show of solidarity, and plan next steps that will take us into 2020 and beyond."

Anti-abortion-rights groups indicated their opposition to the protests. National Right to Life tweeted that protesters "do not care" about fetuses.

Alabama passed a law last week that bans nearly all abortions, with no exceptions for rape or incest. And last week Missouri's Legislature passed a bill banning abortions at eight weeks. It awaits the governor's signature. Four states — Georgia, Mississippi, Kentucky and Ohio — recently passed laws banning abortion after heartbeat activity can be detected. That occurs around six weeks, before many women know they are pregnant.

Hundreds of demonstrators gather in front of the Massachusetts State House in support of abortion rights. It’s part of several demonstrations taking part around the country. #mapoli. pic.twitter.com/QwaPb76Crb