Accessibility links
McDonald's Hit With New Allegations Of Rampant Sexual Harassment The incidents are alleged to have occurred at corporate and franchise stores in 20 cities. The company promises more training for employees and managers on its anti-harassment policy. 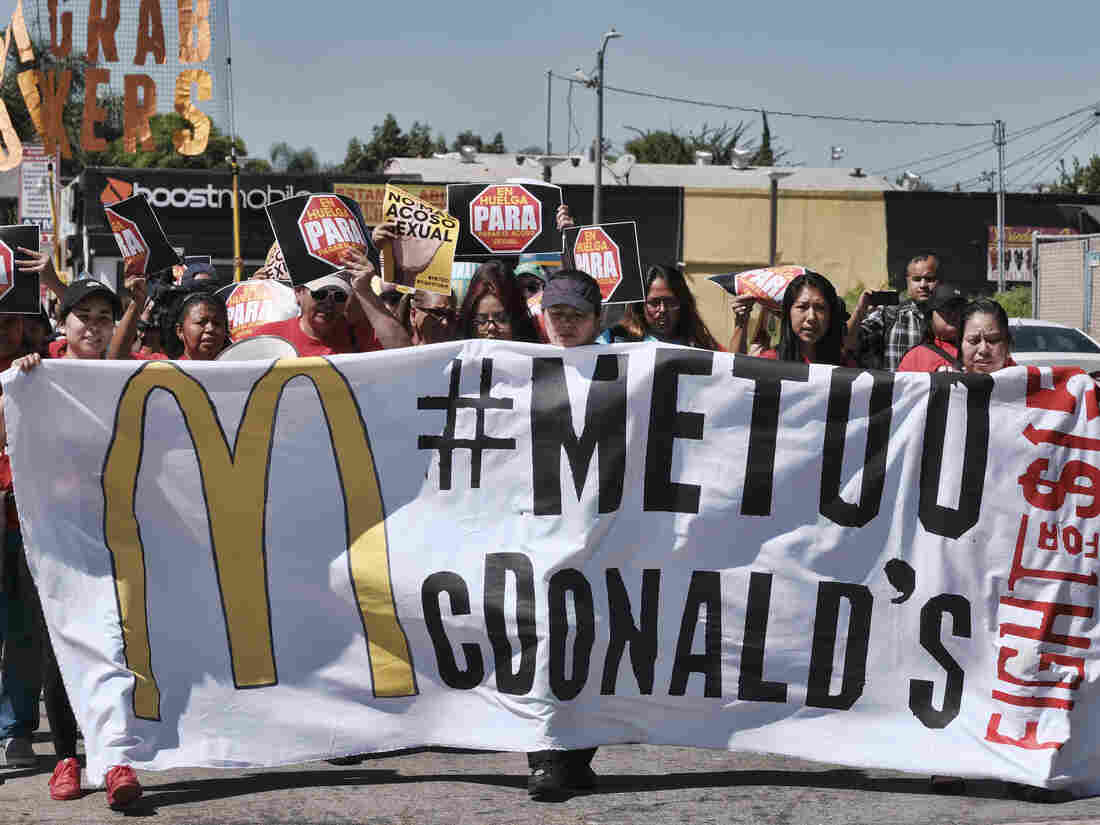 McDonald's workers marching in Los Angeles in September 2018 as part of a multi-state strike seeking to combat sexual harassment in the workplace. Richard Vogel/AP hide caption 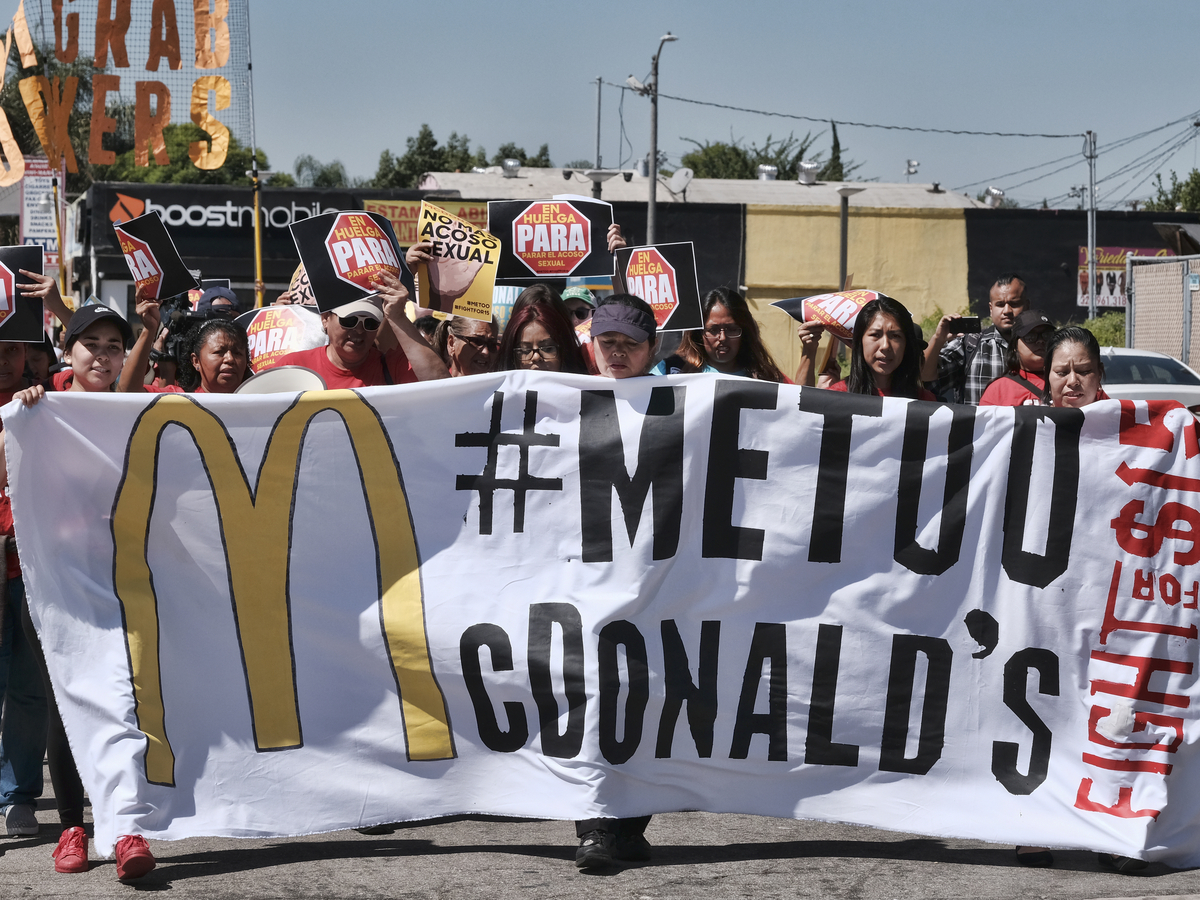 McDonald's workers marching in Los Angeles in September 2018 as part of a multi-state strike seeking to combat sexual harassment in the workplace.

For the third time in three years, McDonald's Corp. is facing allegations of rampant sexual harassment of female employees by male coworkers and managers.

Twenty-three new complaints against McDonald's — 20 of which were filed with the U.S. Equal Employment Opportunity Commission — were announced Tuesday by the American Civil Liberties Union, the labor group Fight for $15, and the TIME'S UP Legal Defense Fund. Three of the complaints were filed as civil rights lawsuits, and two suits stemmed from previous allegations.

The complaints of gender-based discrimination and sexual harassment of low-wage workers include inappropriate touching, indecent exposure, lewd comments and requests for sex, as well as retaliation for reporting such conduct. The incidents are alleged to have occurred at corporate and franchise stores in 20 cities.

"It's a brutal reality across the fast food industry that at least one in four workers — especially women of color working low-wage jobs — experience sexual harassment as a routine part of their job," said Sharyn Tejani, director of the TIME'S UP Legal Defense Fund, in a statement. "Every day, workers are forced to choose between getting a paycheck or speaking up about their abuse. When they report harassment, workers are often fired or have their shifts cut — and since nothing is done to stop it, the scourge continues."

In one complaint, Jamelia Fairley, an employee in Sanford, Fla., alleges that she was sexually harassed over a period of several months, including hearing sexual comments about her 1-year-old daughter. Fairley alleges that after she reported the incidents her work hours were reduced. Her complaint is partially redacted in order to conceal the identities of her alleged assailants and the managers to whom she reported the incidents.

A spokeswoman for McDonald's declined to comment on the EEOC filings. But the company's CEO Steve Easterbrook said in a May 19, 2019, letter that "McDonald's is committed to ensuring a harassment and bias-free workplace."

"By strengthening our overall policy, creating interactive training, a third-party managed anonymous hotline and importantly, listening to employees across the system, McDonald's is sending a clear message that we are committed to creating and sustaining a culture of trust where employees feel safe, valued and respected," Easterbrook wrote. He said that posters defining the company's anti-harassment policy have been sent "to all 14,000 restaurants in the McDonald's system."

Easterbrook's letter was addressed to author and actress Padma Lakshmi, who attended a rally in support of the complainants in front of McDonald's headquarters in Chicago on Tuesday.

Critics say the fast-food giant has made promises of reforms before. The EEOC filings are "the third and largest round of EEOC complaints that workers have filed against McDonald's in the last three years," according to The New York Times.

In September 2018, McDonald's employees staged a one-day strike in 10 cities to protest sexual harassment in the workplace.

Sexual harassment in the restaurant industry is common, according to a 2016 survey that found that 40% of female fast food workers said they felt forced to accept that behavior or risk losing their jobs.

The vast majority of those who experience sexual harassment — an estimated 87% to 94% — never file a formal legal complaint, according to a study by the National Women's Law Center. Despite that, in 2016, nearly 7,000 sexual harassment complaints were filed with the EEOC.

Advocates say they hope the complaints brought against McDonald's, one of the most globally recognized brands, will "be a catalyst for significant change."