Accessibility links
City Scenes: The Best Hotspots In Austin From providing mental-health resources to teaching people to dance, these are some of the businesses, nonprofits and programs that help make the Austin music scene special. 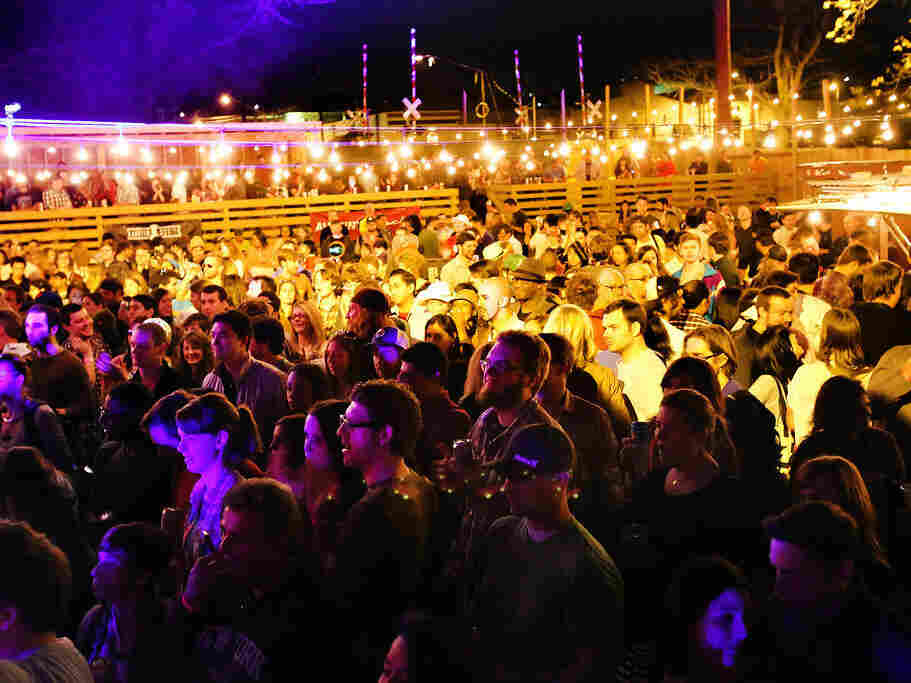 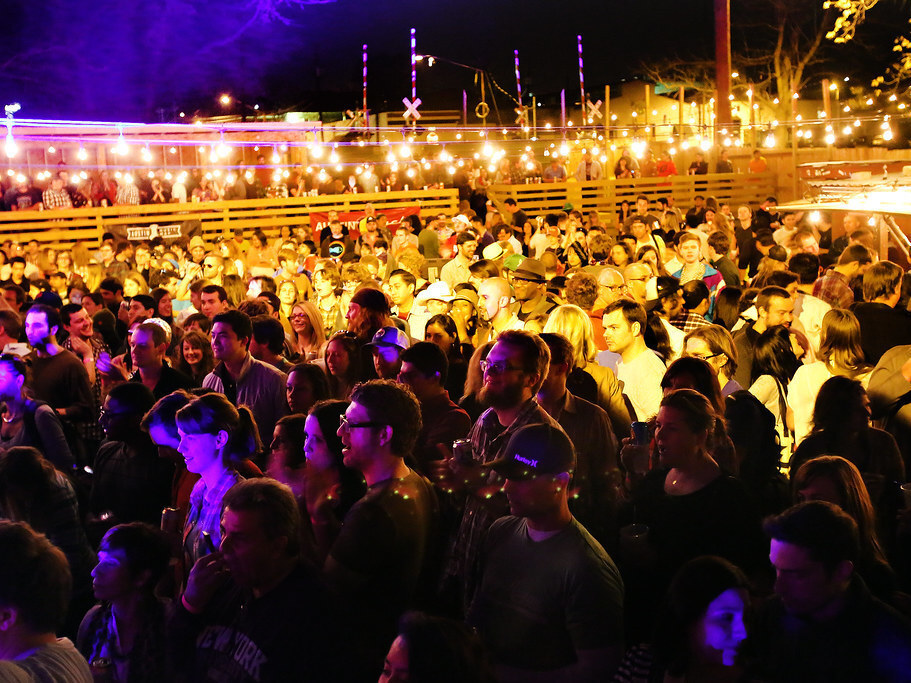 In case you haven't noticed, we take music seriously here in Austin. From the official city motto, "Live Music Capital of the World," to the $1.8 billion the industry brings into the local economy each year, it's safe to say that music is woven into the fabric of our community.

What often isn't as obvious is all the hard work, imagination and passion that goes into building and supporting such a vibrant local music scene. From providing mental-health resources to teaching us how to dance, these are some of the businesses, nonprofits and programs that help make Austin's music scene special.

"There is something special about really immersing yourself in a vinyl record and experiencing the art as the art is meant to be experienced." So says Gold Rush Vinyl founder and president Caren Kelleher, who left a position at Google for something a lot more analog. On average, the waiting list to get vinyl records pressed can be up to six months; Austin's Gold Rush Vinyl has your order ready in four to six weeks. And with humble small-business ownership comes the opportunity to better oversee the process from melt to shrink wrap. Each record pressed at Gold Rush is gingerly ushered through the process by their small team, with about half a dozen test presses getting the quality control squared away before the finished product is sent to the artist. The love for Austin's music community is woven into everything Gold Rush does, as Kelleher explains in our video, captured during a trip we took to check out the little vinyl plant in our big backyard. --Taylor Wallace

Kids rock out, enrich their lives and learn accountability, community and self-esteem, all through the power of playing music. Austin's chapter of the international School of Rock is a performance-based program where young people get to... well, rock out. And, sure, there isn't really a shortage of organizations in the Live Music Capital aimed at music lessons for kids. But few provide an experience as thorough as School of Rock, which has built-in opportunities to provide Austin-area youths a look at every corner of the industry, from wrapping cables to the essence of being a good performer and every conceivable space in-between. From private lessons to learning the ins and outs of a soundcheck to communicating and being part of something larger than oneself, the values and lessons of School of Rock translate to self-confidence, better academic performance and more, as the Austin chapter's Jason McMaster explains below. --Taylor Wallace

Just a couple minutes away from the legendary UT Tower, you'll find yet another Texas icon: Cactus Café. And though you're no longer able to order food at this "café," you can still treat yourself to a full bar plus an eclectic set of intimate performances most nights of the week.

Living up to its legacy as "Austin's Best Listening Room," the Cactus Café only holds about 150 people, making it perfect for acoustic shows where even the farthest seat puts you in direct conversation with the performer. The venue has become a beacon for troubadours and concertgoers who want to experience a big part of Texas music history, a few stories between tunes, a good beer or two and, of course, the namesake plants lining the café's wood-slatted windows. Check out our tribute video, which celebrates the venue's 40th anniversary, below. --Jack Anderson

On the first Friday of every month, there's a one-of-a-kind gathering at the Sahara Lounge. But it's not just a DJ set, or merely a concert, or simply a dance party. It's a triple-threat way for folks to achieve nirvana on the dance floor, engage with their community and cleanse themselves of life's stresses.

"Body Rock ATX" is nearing its 10th year of regular events, founded by hip-hop husband-and-wife duo Riders Against the Storm and turntablist DJ Chorizo Funk. Their goal has always been rejuvenation and connection through letting loose, and while DJ Chorizo Funk keeps the club bangers coming, Chaka and Qi Dada of RAS both expand the definition of "master of ceremonies." Body Rock ATX has attracted fans of dance-floor culture from across the nation, and you can see why in this video. --Jack Anderson

Fans and the media often paint musicians as tortured artists who deliberately embrace emotional pain for creative inspiration. But that image doesn't typically acknowledge the unique occupational stresses of being a working musician, including financial instability, erratic tour schedules, distance from family and constant proximity to drugs and alcohol. All can lead to mental-health issues.

In 1995, the SIMS foundation was founded by members of the Austin music community as they mourned the loss of beloved musician Sims Ellison. Since then, SIMS has provided affordable mental-health care to thousands of Austin musicians, partnered with research institutions to better understand mental health in the music industry, and advocated awareness for musicians. We sat down with Sims Ellison's brother Kyle to discuss the SIMS foundation and why musicians across the country need better access to mental-health services. --Ryan Wen

In 2006, a small group of tango enthusiasts purchased a dilapidated church building on a quiet corner in East Austin with plans of turning it into a tango studio. Now, almost 15 years later, Esquina Tango has gone from dance studio to cultural institution, hosting everything from Spanish- and Portuguese-language classes to youth summer camps, as well as plenty of Latin dance classes. Painted in vibrant colors to resemble Argentina's "La Boca" neighborhood, Esquina Tango represents more than a place to take dance lessons. It's also a physical symbol of Austin's diverse Latin American communities and the critical role they play in shaping our cultural landscape — an increasingly important job in a city reeling from explosive growth.

In this video, our multimedia team meets with Austin musicians, tango enthusiasts and Tango Esquina founding member Gustavo Simplis to discuss tango's rich history and explain why a community-focused dance studio is more important than ever. --Peter Babb

Few entities are more Texan than the honky-tonk. Until recently, many smaller communities around the state boasted a simple white clapboard building that doubled as a dive bar, dance hall and community meeting place. Unfortunately, in recent decades, many of these historic buildings have been shuttered or torn down as rural communities fade away and musical tastes change. But, as with most things Austin, it's a little different here.

Since the early 2000s, Austin has seen a resurgence in traditional country music, as well as the honky-tonks or dance halls where it's played. In fact, legendary dance halls like The Broken Spoke, once under threat from nearby developments, now enjoy celebrated status, which means Austinites of all ages can still be found two-stepping around its well-worn dance floor.

White Horse owner Denis O'Donnell and The Broken Spoke's original owner James White invited our cameras to their clubs to show us why honky-tonks will never die. --Peter Babb