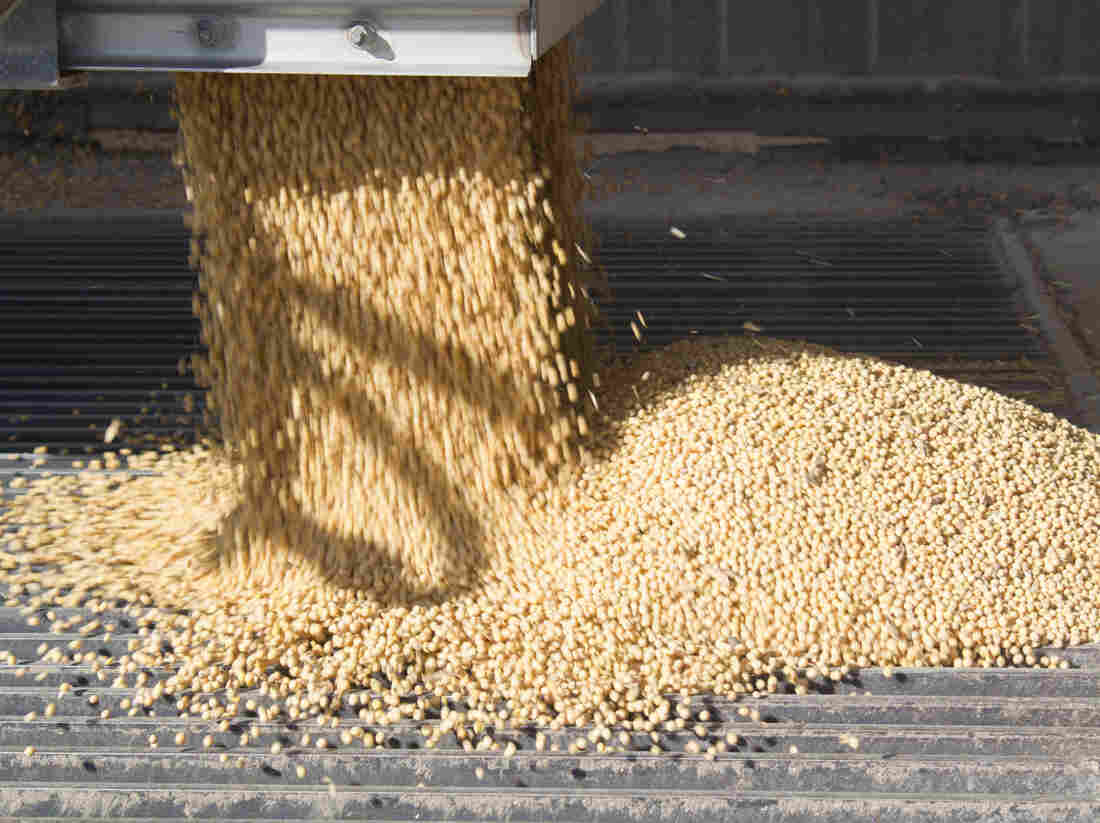 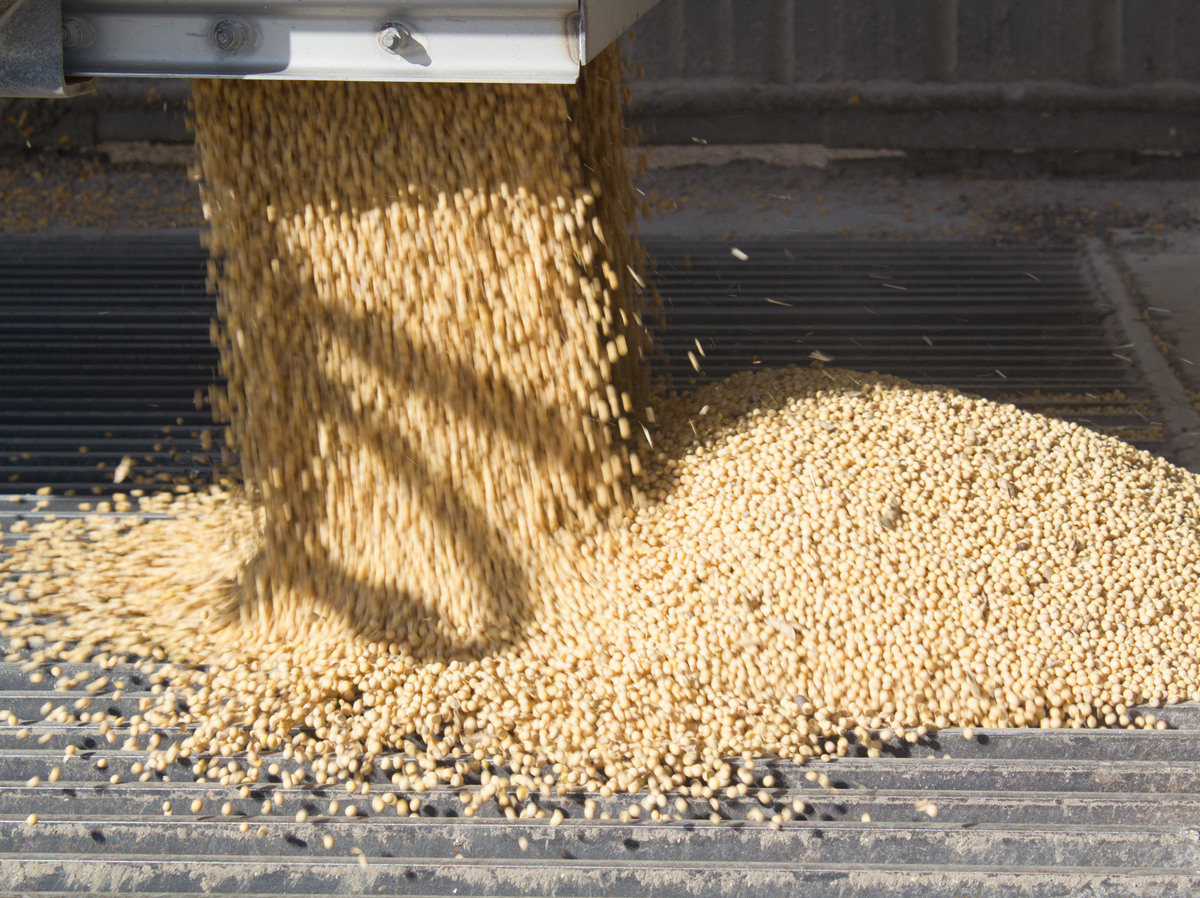 U.S farmers have long depended on foreign buyers for some of their corn, soybeans, pork and other products. And federal officials have used some agricultural commodities as tools of diplomacy for decades.

But as the Trump administration has pursued hard-line moves with major trading partners, especially China, farmers have found themselves with huge surpluses — and on the receiving end of government aid.

After World War II, synthetic fertilizers and other technological advances allowed farmers to produce well beyond the domestic demand, cementing their reliance on customers beyond the border. Lawmakers took notice, Anderson said, and they began "using food, and commodities in general, as a tool in the Cold War."

Meanwhile, Anderson said, farmers became so efficient with certain crops that they recognized the need to develop new markets, beyond formal government programs abroad. A recent domestic example is the creation of the booming ethanol industry to buy up lots of corn. 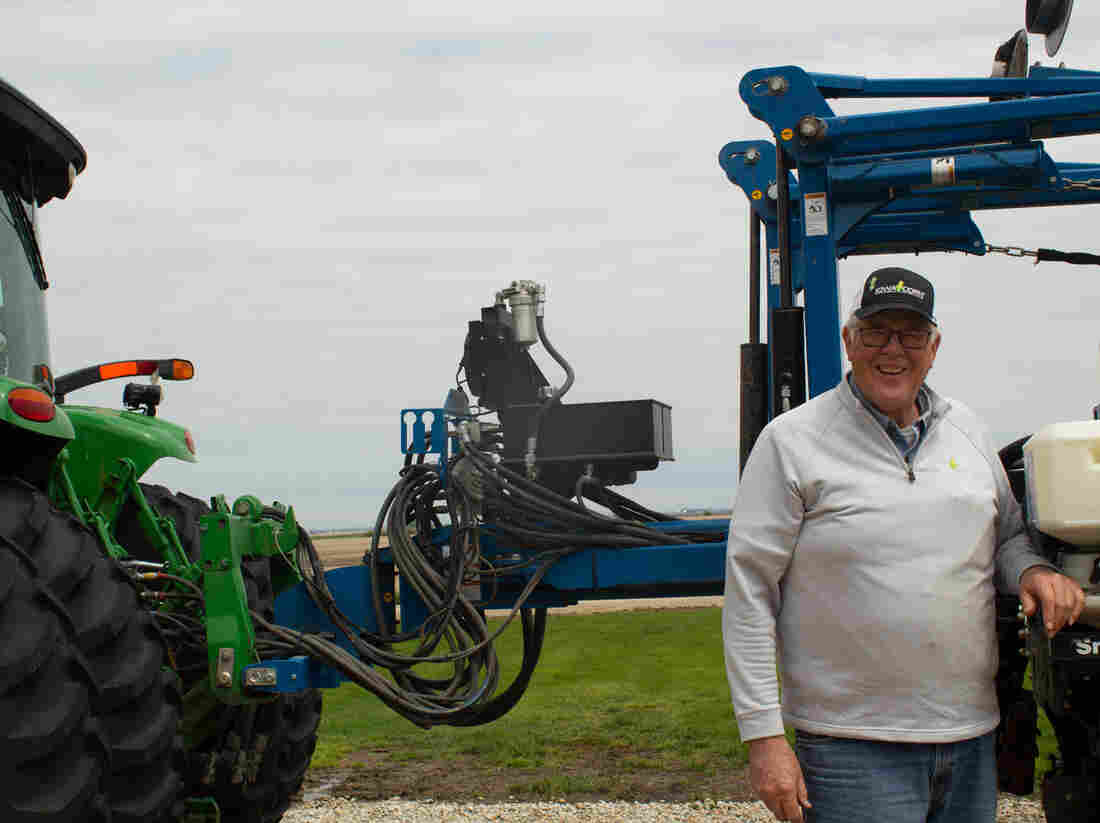 Denny Friest says corn and soybeans are the best crops to grow in central Iowa. "As a corn grower and a soybean grower and a pork producer, these markets are very key to everything that I need to create demand for the product we grow," Friest said. "Because we're in a global economy." Amy Mayer/Harvest Public Media hide caption 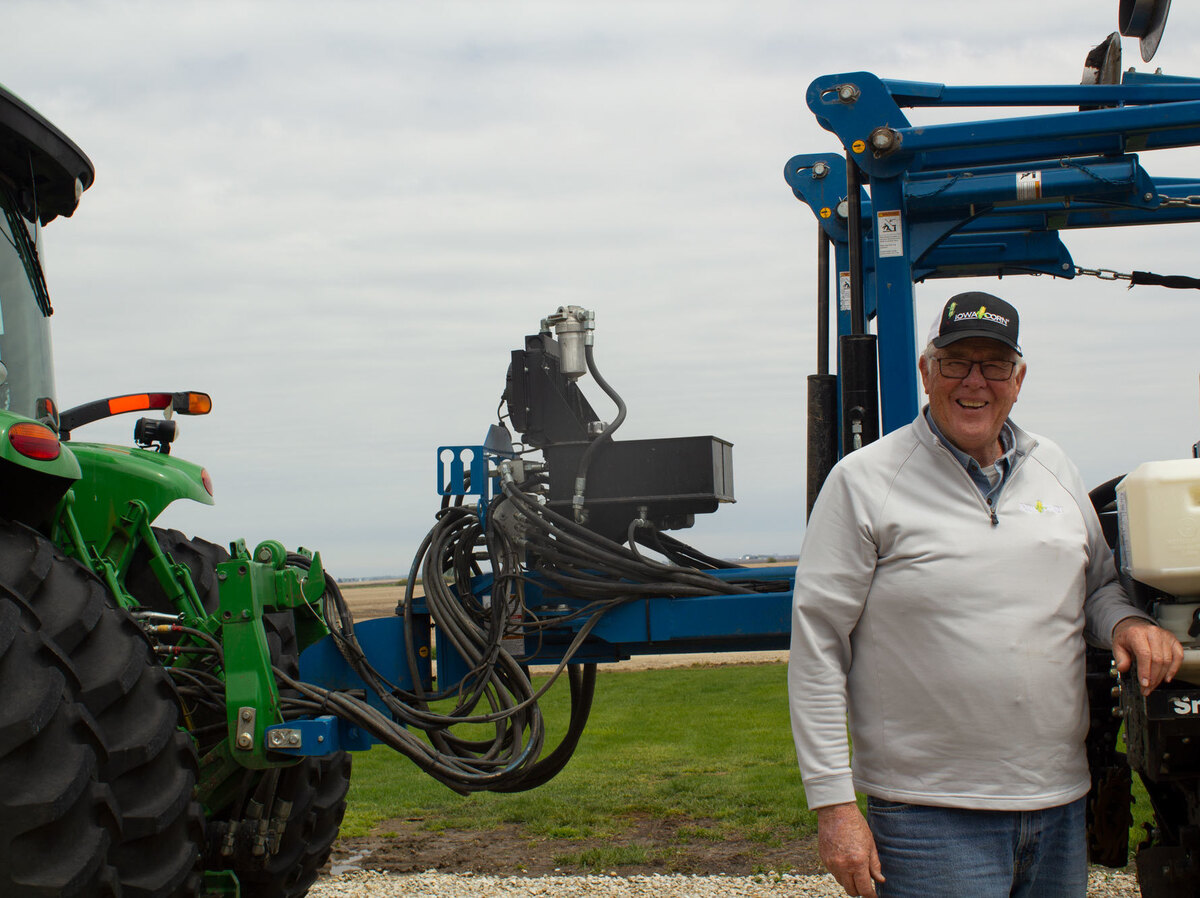 Denny Friest says corn and soybeans are the best crops to grow in central Iowa. "As a corn grower and a soybean grower and a pork producer, these markets are very key to everything that I need to create demand for the product we grow," Friest said. "Because we're in a global economy."

But the U.S. Department of Agriculture and many commodity groups also combined forces to open offices overseas and sponsor trade missions to foster a strong trade relationship with various other countries.

Denny Friest is a farmer in Hardin County, Iowa, who serves on the board of directors for Iowa Corn. He's traveled to Vietnam, the Philippines and several other countries meeting people who are interested in U.S. agricultural products.

"As a corn grower and a soybean grower and a pork producer, these markets are very key to everything that I need to create demand for the product we grow," Friest said, "because we're in a global economy. We're the low-cost producers of food in the world and we just need fair access to these markets."

The massive impact of the trade dispute with China has farmers like Friest and commodity groups strengthening their resolve to expand not just in Asia but also in Africa, the Middle East and Europe. Already this year, the European Union is buying more from the United States than it used to, said Pekka Pesonen, secretary general of Copa-Cogeca, the main lobbying voice for E.U. agriculture.

"Imports from the United States increased by 14% mainly due to soybean imports," Pesonen said in a phone interview from Brussels. In January, the European Union approved U.S. soybeans for use in biofuels, which created another avenue for the crop there.

Even though the robust trade relationship between the U.S. and E.U. has a long history, Pesonen said it's not immune to impacts from the trade war.

"It's quite worrying for us because agriculture is usually one of the first casualties in such a dispute," Pesonen said. "And quite often it is collateral damage."

Collateral damage is exactly what many U.S. farmers feel like right now, even as the Trump administration has promised a second bailout, this time worth $20 billion. That will help some, but many farmers say a trade resolution that reopens the Chinese market is what they really want.

"We were willing to take one for the team, if it was going to be a long-term goal," said Ronnie Russell, vice president of the Missouri Soybean Association. "But the truth of the matter is now, are we going to be able to still survive in the short term so we can be here to take advantage and enjoy that long-term goal?"

And while those who don't farm may ask why farmers just don't grow something else, it's not an easy pivot — especially when it comes to grains like wheat, corn and soybeans. Farmers, like Friest in Iowa, invest thousands in land, equipment and technology.

"Our soils adapt very well to growing corn, they grown soybeans. We have the markets for them and we have the machinery set up for it," he said.

He farms about 1,800 acres with his wife and son, plus one employee.

His air-conditioned tractor cab is equipped with four different monitors that can tell him in exacting detail almost anything he could possibly want to know about his fields and crops. He even has his own feed mill so he can process a custom ration for the 5,000 hogs he markets each year.

So Friest remains committed to corn, soybeans and pork; and to attracting overseas buyers even in the current climate.

The U.S. soybean industry opened an office in Beijing in 1982 because long-range forecasts predicted a large, growing demand for soybeans.

"And that paid off swimmingly for a number of years and now all of a sudden due to geopolitical tension that forecast is changed dramatically," said Mike Steenhoek of the Soy Transportation Coalition.

And there's no way other countries will buy up all of what the U.S. has become accustomed to selling to China, he said: "The Chinese market is a very unique customer."