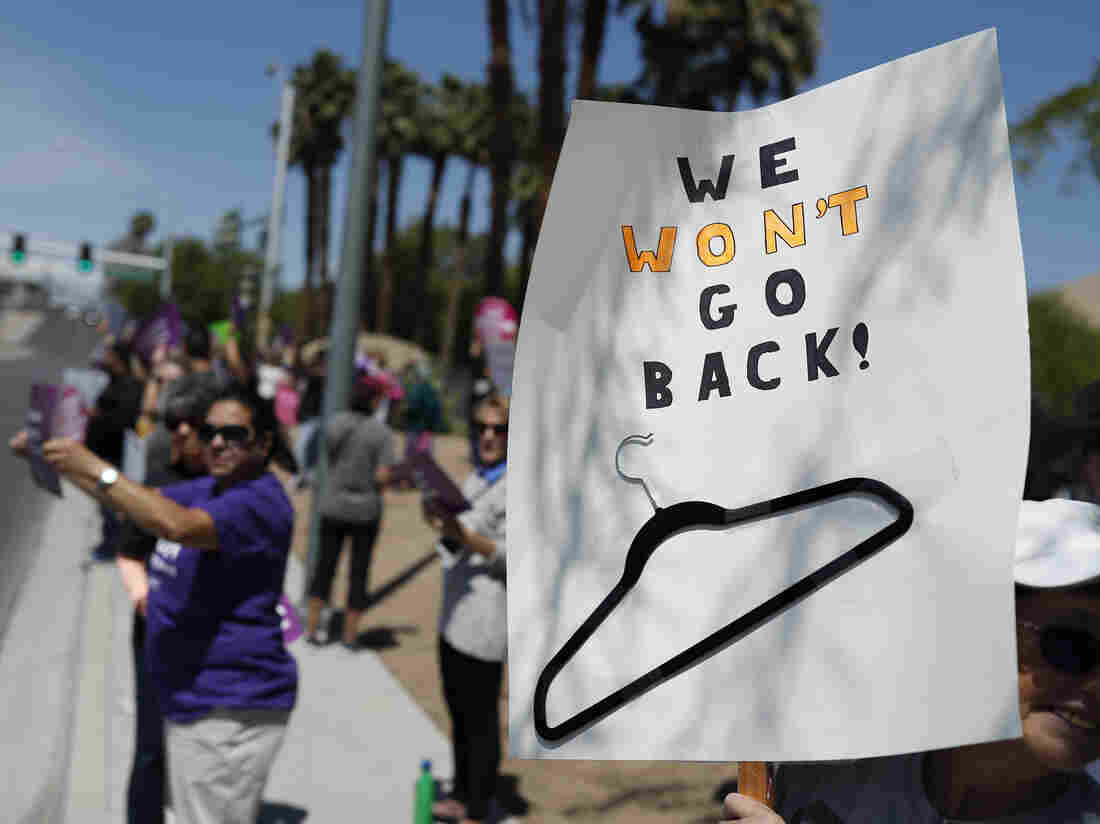 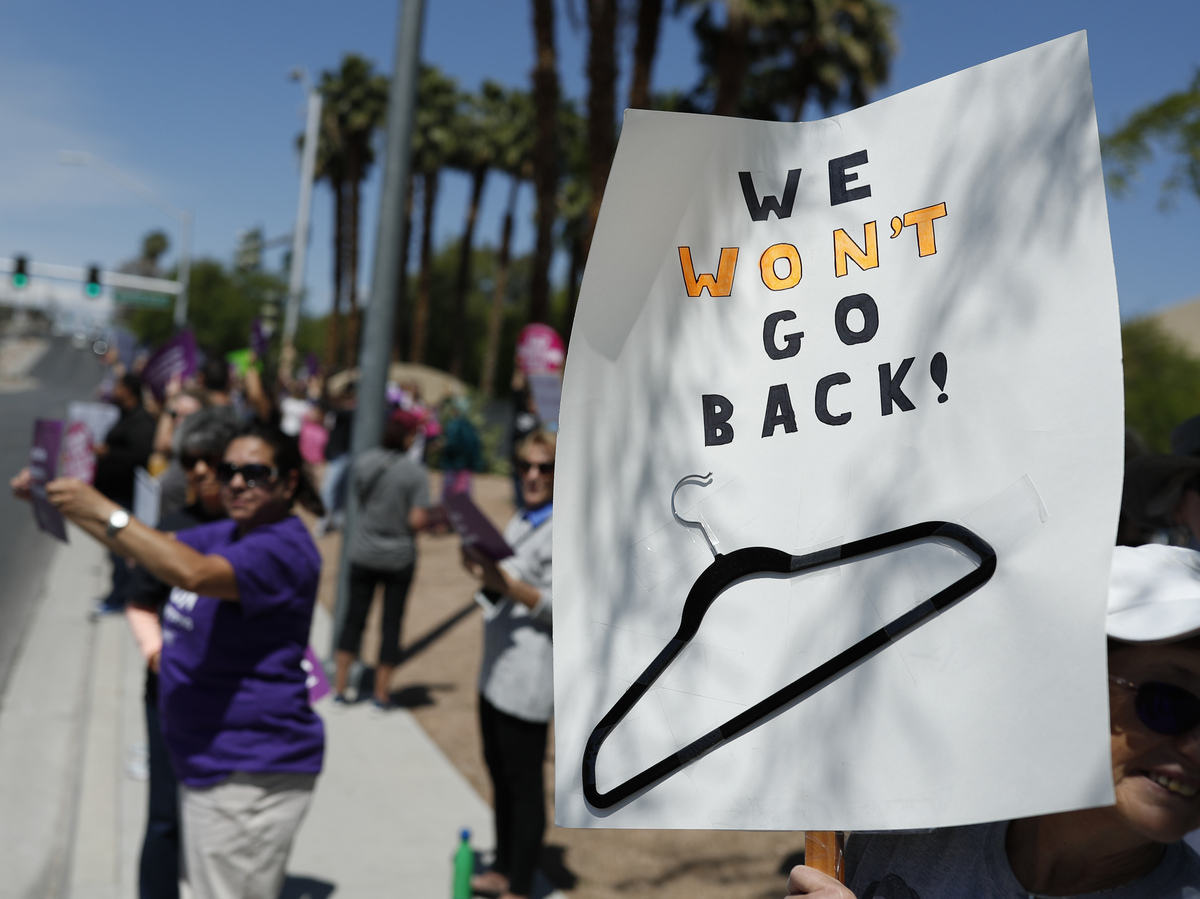 People rally in support of abortion rights on Tuesday in Las Vegas.

While states like Alabama, Missouri and Georgia are grabbing the spotlight for their new laws restricting access to abortion, Nevada is moving in the opposite direction. The state Assembly on Tuesday passed a law removing some requirements that had been in place for decades.

"When the rest of the country may feel hopeless, may feel bleak, they should look to Nevada as the shining beacon that we are for women's rights," Democratic Sen. Yvanna Cancela told supporters of the bill outside the Nevada legislature before the vote, The Associated Press reported. The Nevada Assembly is the country's first majority-female state legislature.

The bill passed 27-13 on a mostly party-line vote. All but one Democrat voted in favor, while every Republican voted against the measure. Republican lawmakers argued Tuesday that the law doesn't do enough to ensure the age of the woman seeking an abortion.

"Without the provision requiring a physician to ask the age of a patient, we may be missing clear red flags of abuse and trafficking," Republican Assemblywoman Jill Tolles said, according to the Reno Gazette Journal.

The bill now goes back to the state Senate — which had already passed a similar version — before going to the desk of Democratic Gov. Steve Sisolak, who supports abortion rights.

In its move toward relaxing abortion restrictions, Nevada is bucking a national trend in the other direction. Just this month, Georgia passed legislation banning abortion once a heartbeat can be detected, which typically occurs about six weeks into pregnancy. Iowa, Ohio, Kentucky, Mississippi and North Dakota have similar laws on the books, most of which were passed in 2019. Several more states are also considering heartbeat-based restrictions. And in what's considered the most restrictive abortion law in the U.S., Alabama last week passed a law banning nearly all abortions.