Accessibility links
Binyavanga Wainaina, Kenyan Writer And LGBTQ Activist, Dies At 48 The author founded a platform for young Kenyan authors and came out as gay in a place where homosexuality has long been illegal. "Binyavanga was unbound in his imagining," said a friend and colleague. 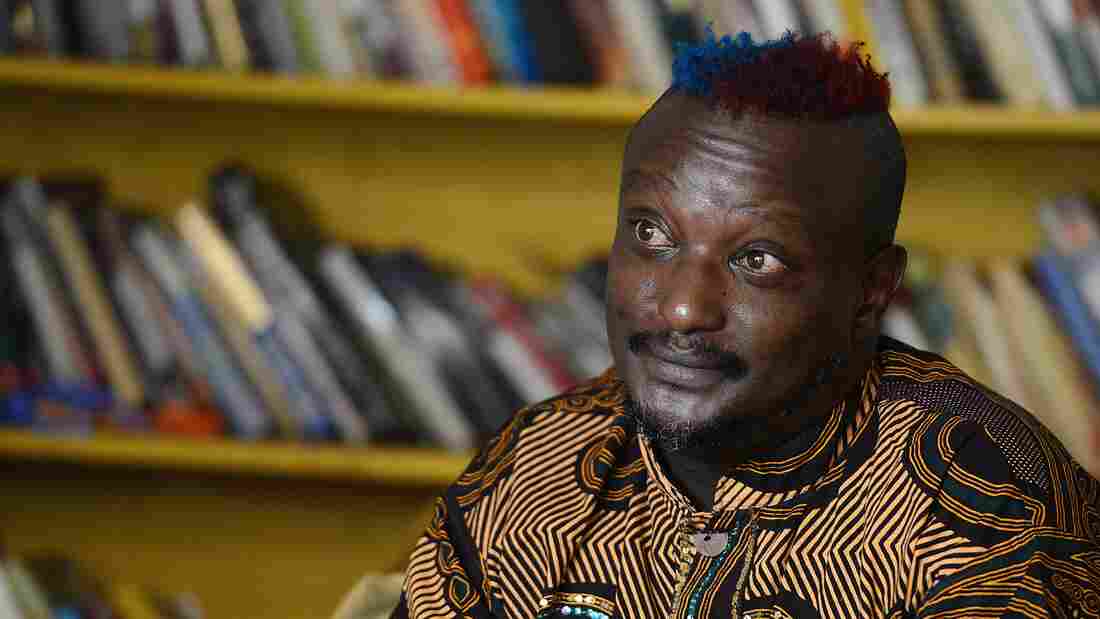 Kenyan author Binyavanga Wainaina, seen here during a January 2014 interview in Nairobi, has died at the age of 48. A founder of the Nairobi-based literary network Kwani?, Wainaina had come out as gay in a country where homosexuality was illegal. Simon Maina/AFP/Getty Images hide caption 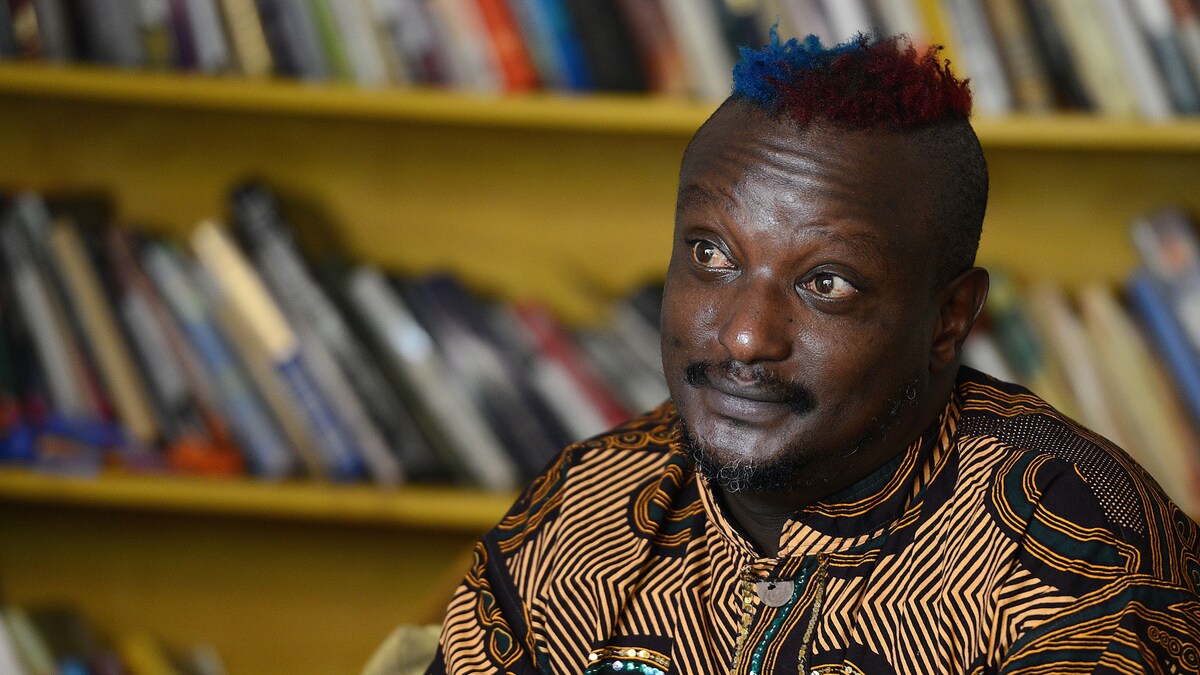 Kenyan author Binyavanga Wainaina, seen here during a January 2014 interview in Nairobi, has died at the age of 48. A founder of the Nairobi-based literary network Kwani?, Wainaina had come out as gay in a country where homosexuality was illegal.

Binyavanga Wainaina, the deeply influential Kenyan writer credited with founding the literary magazine and collective Kwani? and advancing the fight for LGBTQ rights in Africa, has died at the age of 48. The Caine Prize for African Writing, which Wainaina won in 2002, confirmed his death in a statement Wednesday.

"Binyavanga was unbound in his imagining — reminding us with art and characteristic playfulness, what English can look like when it's an African language. Unflagging in his generosity, unflinching and direct in his criticism, he produced work in his short life that will have impact longer lasting than those whose time here is twice as long," prize Chairperson Ellah Wakatama Allfrey said.

"On a deeply personal level, and as one who acknowledges the wings he gave to a generation of writers, I am bereft."

The Trustees of the Caine Prize for African Writing are profoundly saddened to learn of the passing of Binyavanga Wainaina. Binyavanga was a fiercely talented writer, a brave activist, and a dearly beloved friend. https://t.co/tmldKujUla pic.twitter.com/DJyh6Pwm22

Tom Maliti, chairman of the Kwani Trust, told The Associated Press and The Guardian Wainaina died Tuesday night after an illness in Nairobi, Kenya's capital.

Wainaina stepped onto the world literary stage after his Caine Prize win more than a decade and a half ago — partly because of the win itself, which honored his "Discovering Home" as the best English-language short story by an African writer that year, and partly because of what he did with the winnings. The very next year, 2003, he founded Kwani?, a literary magazine and loose collective of writers that has fostered the work of many other young Kenyan writers.

Two years after that, he instructed the Western world on "How to Write About Africa," in a witty, withering parody of the same name. The piece caught fire, and since its 2005 publication in Granta, the essay has become perhaps Wainaina's most widely known work.

"In your text, treat Africa as if it were one country. It is hot and dusty with rolling grasslands and huge herds of animals and tall, thin people who are starving. Or it is hot and steamy with very short people who eat primates. Don't get bogged down with precise descriptions. Africa is big: fifty-four countries, 900 million people who are too busy starving and dying and warring and emigrating to read your book. The continent is full of deserts, jungles, highlands, savannahs and many other things, but your reader doesn't care about all that, so keep your descriptions romantic and evocative and unparticular."

‘How to Write About Africa’ quickly became one of Granta’s best-loved essays. We featured it in our 40th-Birthday Special, and you can read it here: https://t.co/ja1OQ9ghdk

Wainaina also earned a reputation as an outspoken advocate of LGBTQ rights, both on and off the page.

The Kenyan writer came out as gay in 2014 in an essay he called a "lost chapter" from a memoir he had written a few years earlier. The work, called "I Am a Homosexual, Mum," was no small feat for an author living in Kenya, where same-sex relationships have long been illegal.

In a bitter twist of fate, the country's highest court is expected to hand down a ruling just days after Wainaina's death — on Friday — on whether to decriminalize homosexuality.

"I was finding reasons and excuses [not to write about being gay] for a long time, but I think sometimes you're just ready," Wainaina told NPR in 2014, referring to anti-homosexuality laws that had recently passed in Nigeria as another reason why he wrote it. "But really, in a certain way, by the time I was hitting that send button to my friends to put it up on a platform, I felt this is one of the most successfully, put-together and honest pieces I've ever written."

The piece and his work as an activist that year earned him a nod from Time magazine, which named him one of the world's most influential people in 2014. In the magazine's brief explanation for his inclusion, celebrated Nigerian author Chimamanda Ngozi Adichie went into further detail on the essay's origins.

"In December 2012, his friend — a fellow gay man who had also spent his life mired in pretense — got sick. Even as he lay dying, he could not tell his family that he was sick. His death broke Binyavanga's spirit," Adichie explained.

"The best-known Kenyan writer of his generation, he felt an obligation to chip away at the shame that made people like his friend die in silence."

The following years brought health problems for Wainaina, who suffered a stroke in 2015 and announced that he was HIV-positive in 2016.

Still, despite his ailments and the prevailing anti-gay laws of his home country, Wainaina found love: He announced last year that he would be getting married.

"I do not fear death anymore. I just have one thing to do this year," he wrote last year, in a Facebook post pointed out by Kinyanjui Kombani. Wainaina wrote the post just a few months before his engagement.

"If I die anytime after that it is okay. I have already reconciled myself with that. I would like to live a long life after I do what I need to do this year. If I don't live for long after this, it is okay," he said. "Celebrate my life! Do not mourn me."