Accessibility links
6 Die In Jakarta Riots After President Joko Widodo's Election Win Is Confirmed Saying he will not tolerate rioting, Widodo adds, "The military and the police will carry out stern actions in accordance with the law." 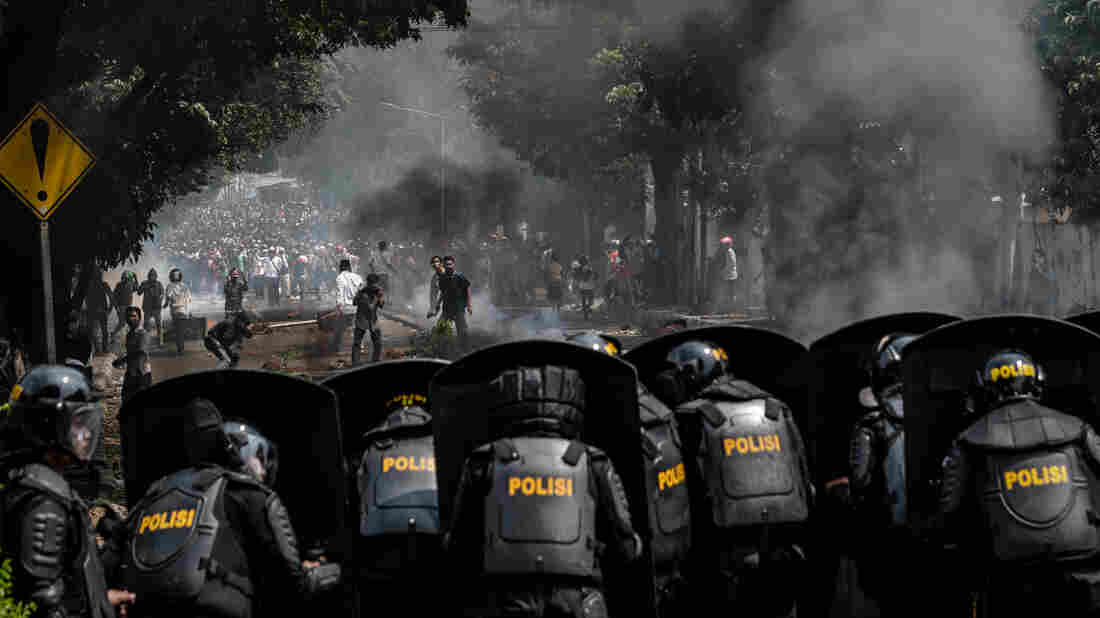 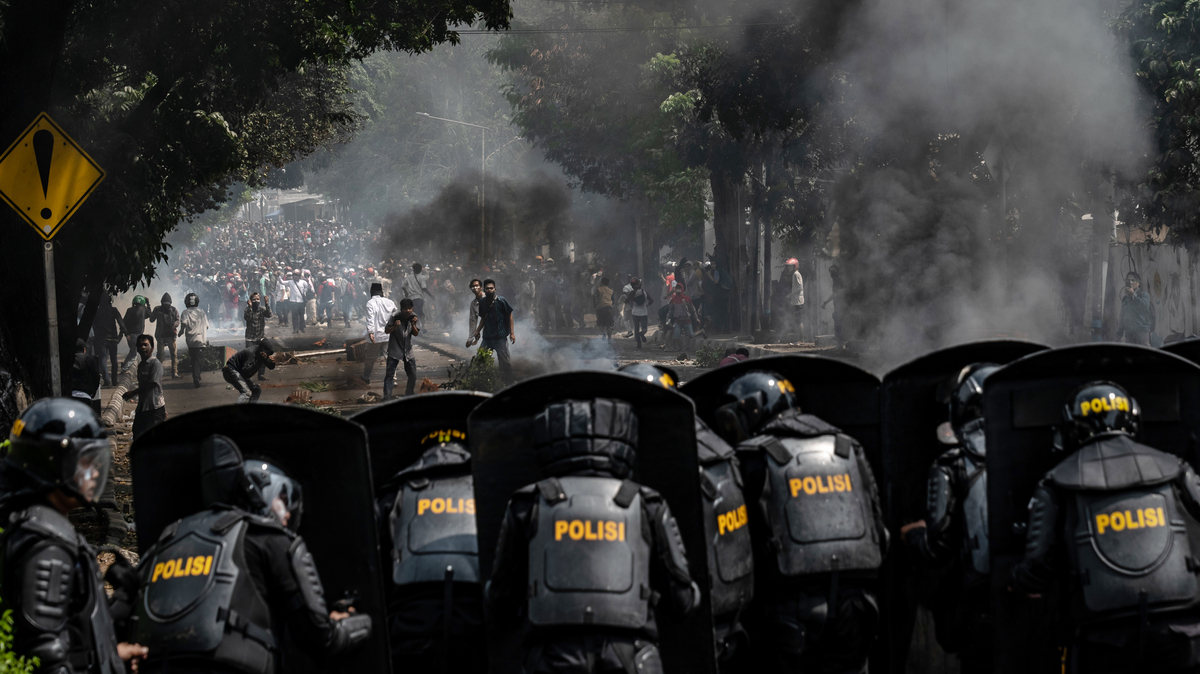 Protesters clash with Indonesian riot police after the official government election results were announced in Jakarta, Indonesia. Officials say six people have died and more than 200 were injured during mass rallies in central Jakarta.

Widodo, who has called for unity in the wake of the hotly contested election, said he will not tolerate rioting.

"There is no other option. The military and the police will carry out stern actions in accordance with the law," Widodo said on Wednesday, according to The Jakarta Post.

The violence followed official confirmation from Indonesia's General Elections Committee that Widodo had won the April election with 55.5% of the vote, to Subianto's 44.5%. The result largely echoed preliminary vote estimates from last month's election. But now officials say they've tabulated the vote from more than 800,000 polling places in the large and predominantly Muslim country.

Subianto has said he wants to settle the election results in court. But his supporters clashed with police in Jakarta's streets, throwing rocks and setting fire to tires and vehicles. On the other side, police and security officers fired tear gas and what were reported to be rubber bullets.

As thousands of people protested in Jakarta for a second day, police blocked them from reaching an overpass — prompting protesters to gather beneath the bridge and hurl stones above.

In at least one case, images from the scene showed a firefighting helicopter being used to dump a huge bucket of water in an attempt to block the protesters' path.

Demonstrators also congregated at the General Election Commission's office in Palu, where they waved red and white flags and shouted slogans as rows of security officers faced them from behind concertina wire, according to images from the scene.

In his bid to oust Widodo, Subianto ran a hard-line Muslim campaign, hoping to capitalize on religious conservatism's new momentum in Indonesia. As NPR's Merrit Kennedy has reported, "Subianto was the son-in-law of Indonesia's longtime dictator Suharto, who was ousted in 1998."

To counter Subianto, Widodo surprised some of his supporters by naming the powerful religious cleric Ma'ruf Amin, 76, to be his running mate. In the past, Amin has been criticized as being intolerant, including speaking out against LGBT rights.