Accessibility links
Steven Mnuchin Says He Hasn't Reviewed Memo Mandating IRS Turn Over Trump Taxes The Treasury secretary has refused to comply with a House subpoena from a committee chairman requesting that the agency turn over Trump's tax returns. 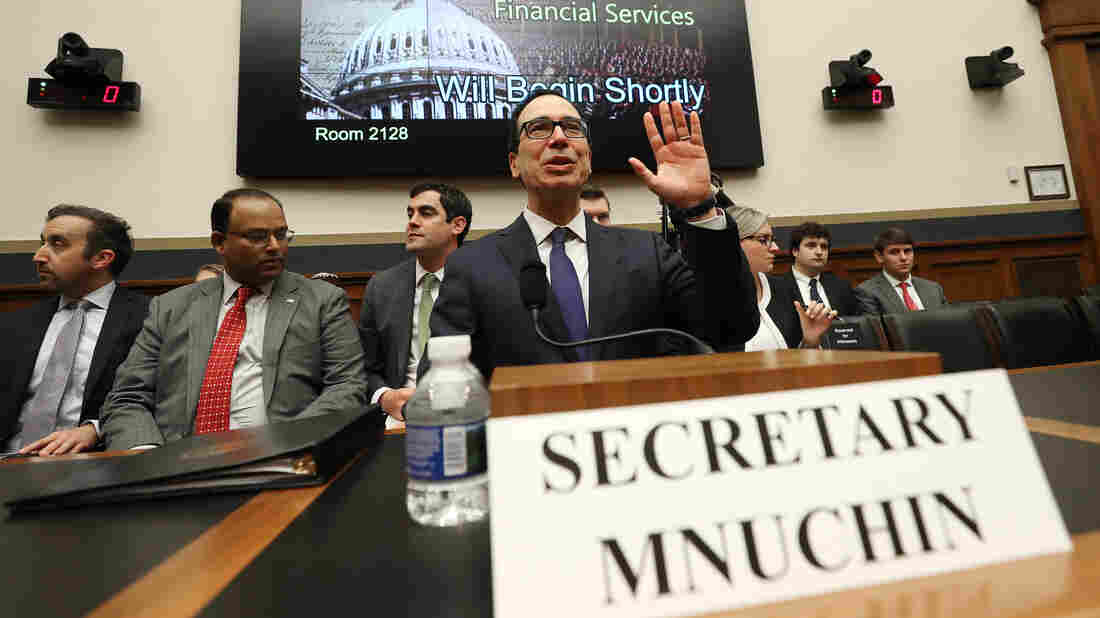 Treasury Secretary Steven Mnuchin says he has not reviewed an IRS memo that says the agency must turn over a president's tax returns to Congress. Mark Wilson/Getty Images hide caption 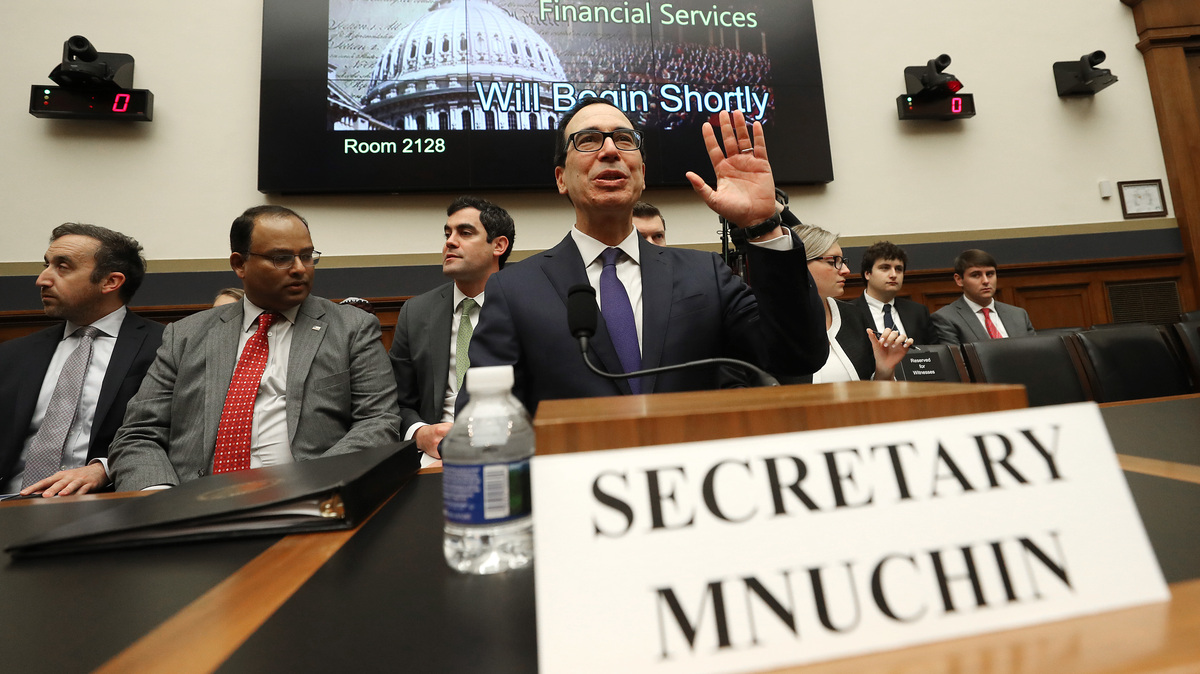 Treasury Secretary Steven Mnuchin says he has not reviewed an IRS memo that says the agency must turn over a president's tax returns to Congress.

Treasury Secretary Steven Mnuchin said he has "not yet" reviewed a confidential draft Internal Revenue Service memo, which reportedly says the agency must turn over a president's tax returns to Congress unless the president asserts executive privilege.

Appearing before the House Financial Services Committee on Wednesday, Mnuchin said he looked at the memo for the first time "literally on the way up here."

According to the memo, obtained by the Washington Post, disclosure of the president's tax forms "is mandatory, requiring the Secretary to disclose returns, and return information, requested by the tax-writing Chairs."

Mnuchin has refused to allow the IRS to turn over President Trump's tax returns, saying Congress has no legitimate legislative purpose in seeing them. But the draft memo says the law "does not allow the Secretary to exercise discretion in disclosing the information provided the statutory conditions are met."

Mnuchin said he is looking into why the draft memo had not reached his desk.

Rep. Sanford Bishop of Georgia asked, "If anybody's tax return is under audit, is there a rule that would prohibit that taxpayer from releasing it?"

Rettig replied, "I think I've answered that question. No."

Mnuchin also told the panel on Tuesday that he has "had no conversations ever with the president or anyone in the White House about delivering the president's tax returns to Congress."

Echoing Trump, Mnuchin said voters knew the president was not releasing his tax returns and elected him anyway.

Release of his tax returns is one of many inquiries by congressional Democrats that Trump is resisting. On Monday, a federal court ruled that Trump cannot block his accounting firm from turning over his financial records, a decision Trump said he will appeal.

The issue of releasing his tax returns is also likely to be resolved by the courts.