Accessibility links
Virginia Med School Knew About Blackface Photo Before Gov. Northam Scandal Broke The investigation into who appears in the racist photo on Virginia Gov. Ralph Northam's yearbook page was inconclusive, but school officials did know of the photo years earlier and did not go public. 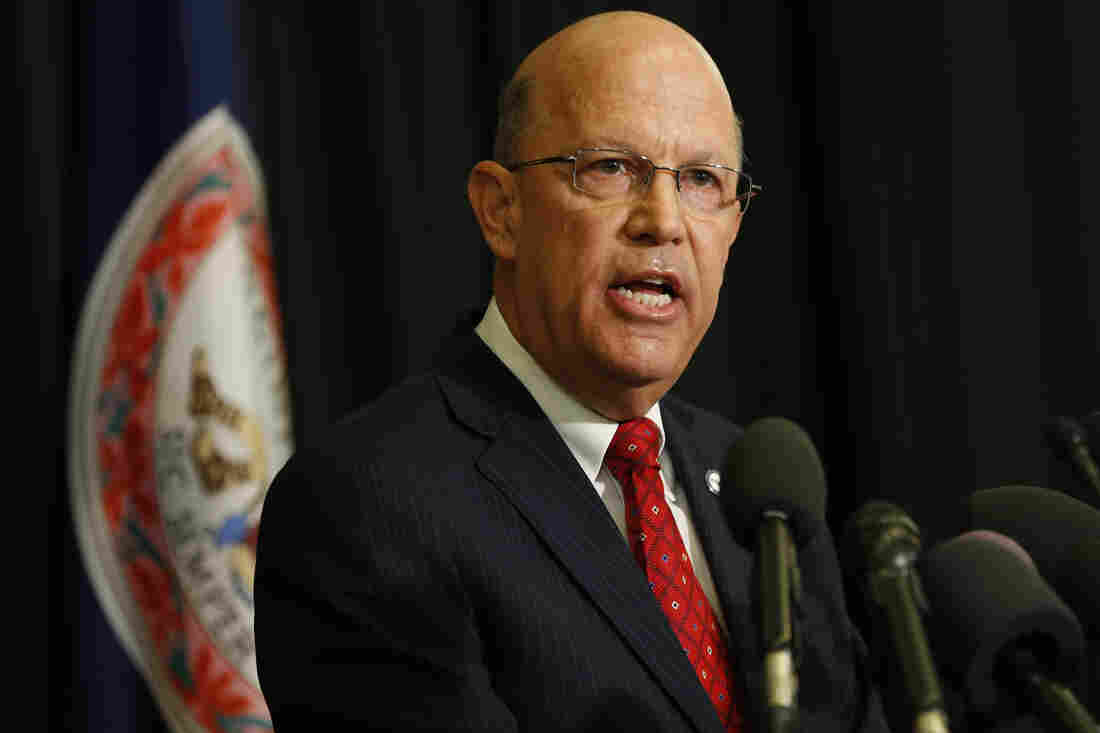 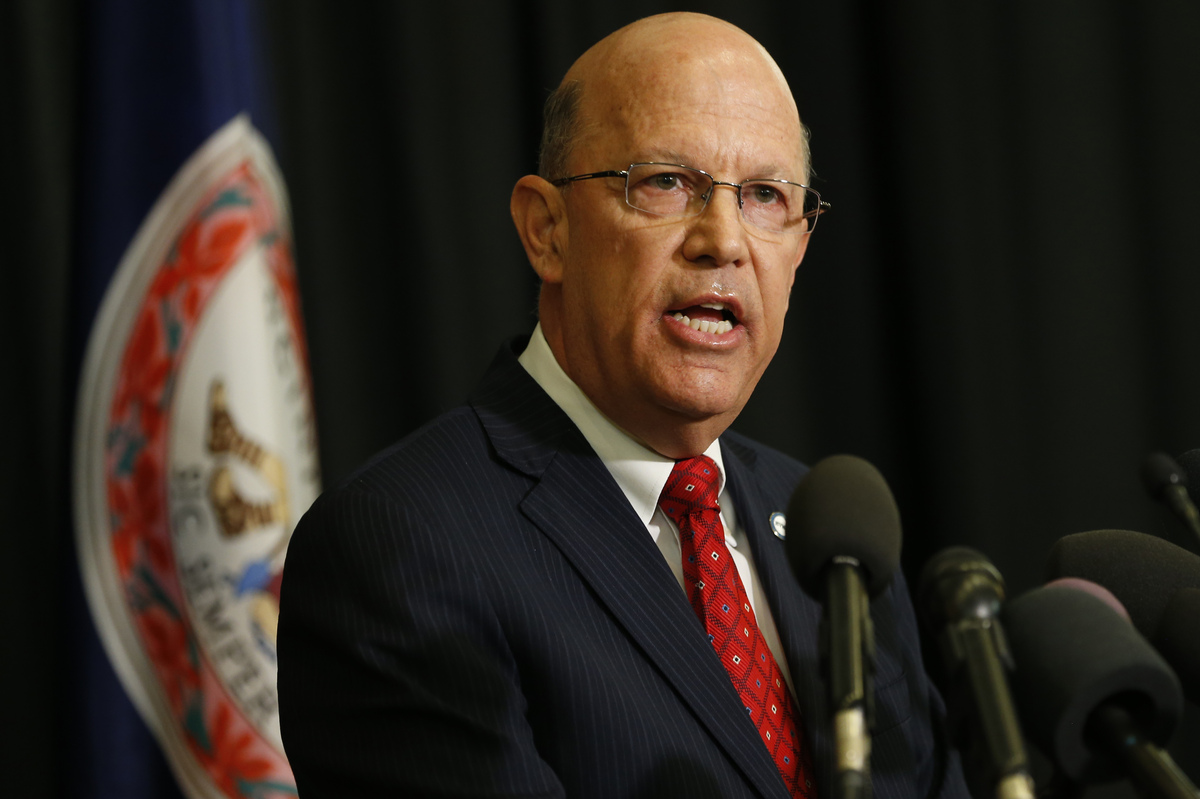 An investigation into a racist photo on Virginia Gov. Ralph Northam's medical school yearbook page revealed that the school's top officials were aware of the photo years before it publicly surfaced in February. Campus leaders, including the current and former president, decided not to release the photo, worrying that would create the appearance of trying to influence the election or Gov. Northam.

The investigation could not determine how the photo ended up on the page or whether the Democratic governor is one of two people featured in the photo. The image shows one person in blackface and another in a Ku Klux Klan robe.

The 32-page report, released Wednesday, says that the photo first surfaced while preparing for an EVMS alumni event and was brought to the attention of then-president Harry Lester, who left his post in 2013, during one of Northam's elections campaigns. Northam successfully ran for lieutenant governor that year. He also served in the state senate from 2008 to 2014.

Staff asked both presidents whether "EVMS had an obligation to or should do something about it, such as notifying Gov. Northam about it," according to the report.

At a press conference on Wednesday, the school's current president, Richard Homan, said he first learned he first learned of the photo during Northam's run for governor and had no regrets about his decision to not release the photo.

"We are a public institution; we receive public funds," Homan said. "I decided we did not want to enter any opportunity to have that photo enter the press or provide a political process that we're dealing with today, frankly."

Homan said that in retrospect, he wished the school had moved the book to a reserve section so that it would only be available in response to public records requests.

Todd Gilbert, the Republican Majority leader of Virginia's House of Delegates, called the report "entirely inconclusive" and said he was concerned EVMS kept knowledge of the yearbook private.

"While it is unclear if they took any action to cover up the photo's existence, it certainly appears that there was an effort to avoid public disclosure of such a racist photograph on the yearbook page of the most prominent alumni in school history," Gilbert said in a statement.

The school hired McGuireWoods, a well-connected Richmond law firm, in early February to conduct an investigation into the circumstances surrounding the creation of the 1984 yearbook as well as the campus culture at the time.

Investigators said the passage of time and a dearth of documentation made it hard to verify Northam's claim that he did not appear in the photo.

Northam reiterated that claim in a statement on Wednesday. He also apologized for any "hurt" he caused Virginians when he walked back his initially apology the day after he made it.

"I felt it was important to take accountability for the photo's presence on my page, but rather than providing clarity, I instead deepened pain and confusion," Northam said.