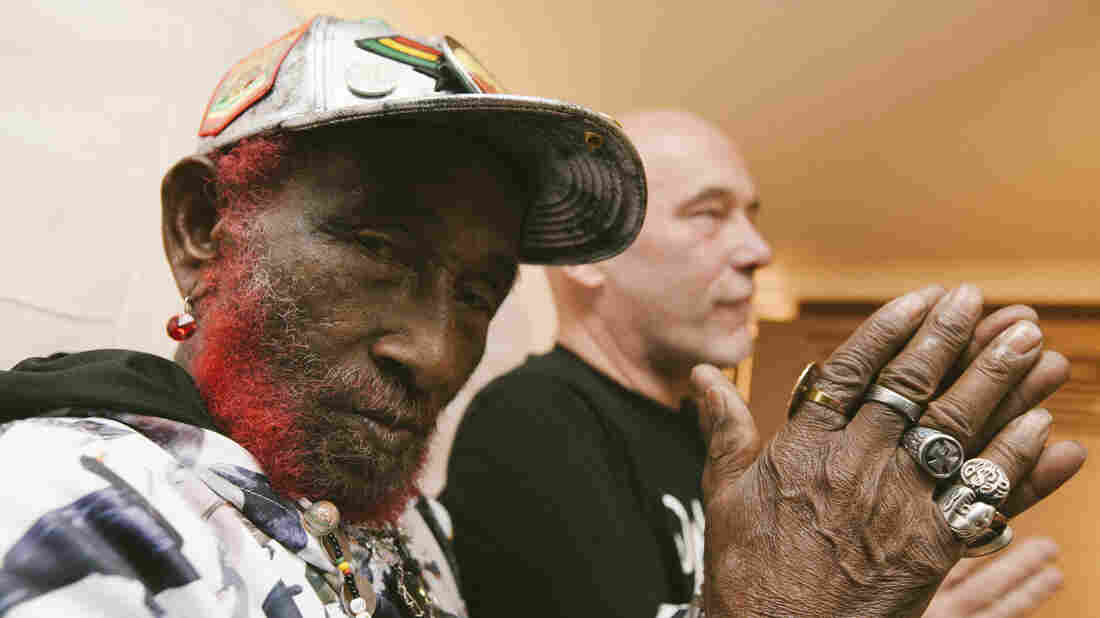 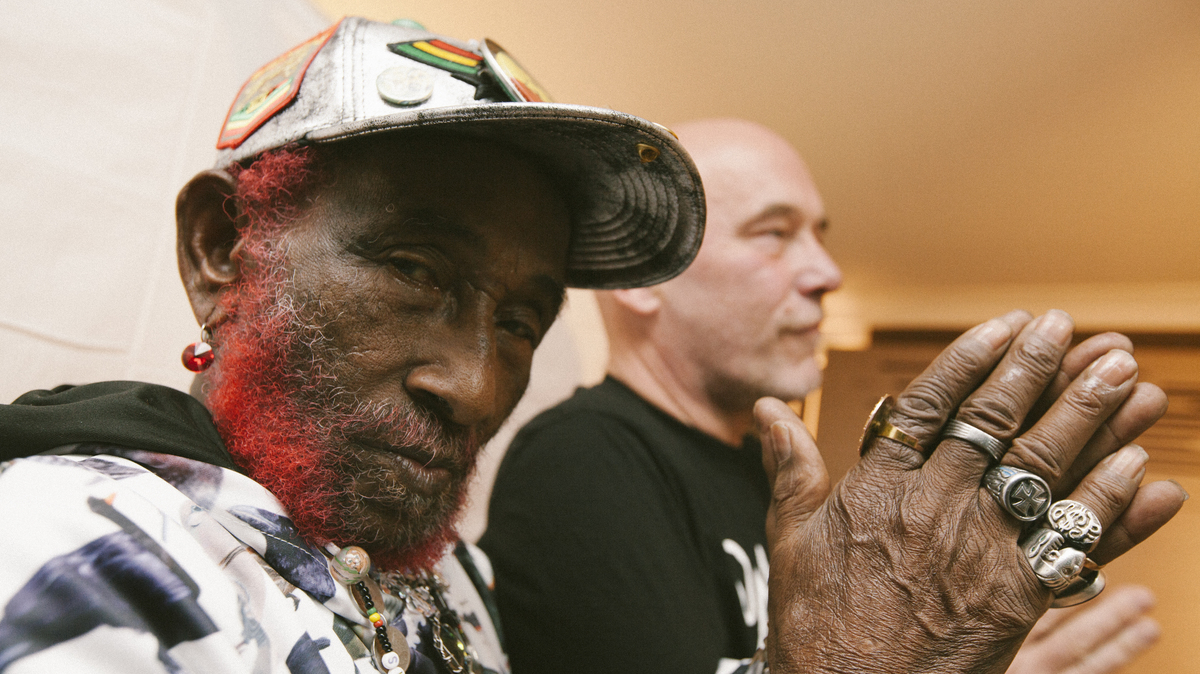 Daniel Oduntan/Courtesy of the artist

In the 1960s and '70s, Lee "Scratch" Perry produced the defining reggae music of that era: making classic albums for the likes of Max Romeo, Junior Murvin, the Heptones, and Bob Marley & the Wailers, as well as pioneering the spacetime-wobbling frequencies of dub. But after, as legend has it, infamously torching his own Black Ark Studio late in that decade, the '80s found Perry adrift and increasingly erratic, releasing — as one song put it — "bafflin' smoke signals." In 1987, producer Adrian Sherwood — a devoted student of Perry's productions who made a career out of dubbing out the fiercest artists, from the Slits and The Fall to Ministry and Sinéad O'Connor — teamed up with Perry for the career revitalizing set, Time Boom X De Devil Dead. 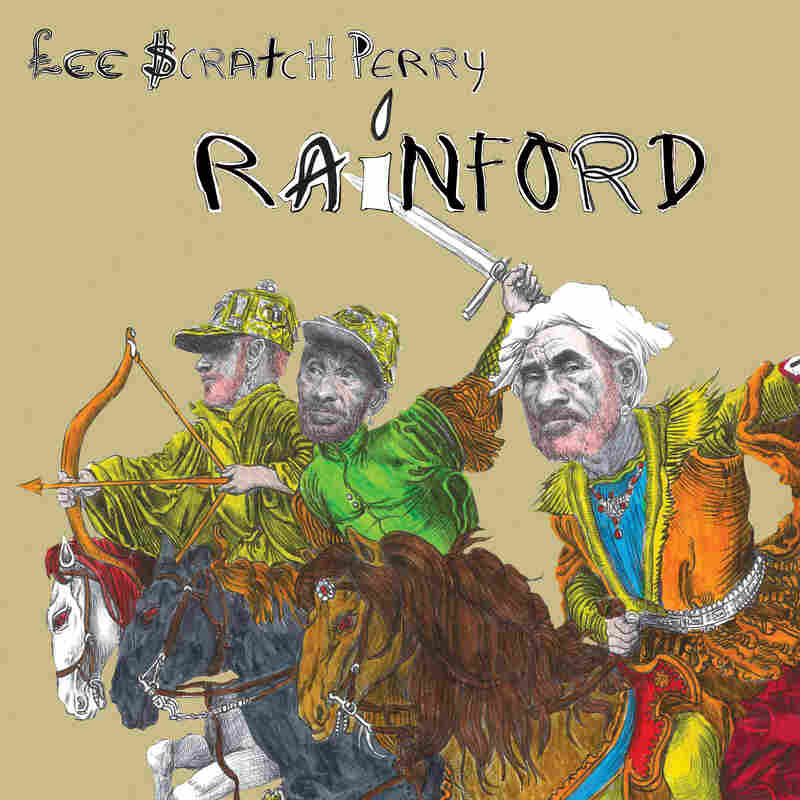 For Rainford, Sherwood approached Perry once again. Now an octogenarian nearing the end of his career, Perry spends most of his time as a visual artist, and cuts albums with just about anyone, from Andrew W.K. to The Orb. But the tandem of Perry and Sherwood saddling up again elicits some of Sherwood's furthest-in-leftfield productions and Perry's most affecting musings. Sherwood has said that he looked at the album as akin to Rick Rubin's devotional late recordings of Johnny Cash. Just don't expect Perry to be brooding and feeling the shadow of death.

If anything, Perry is spry and full of beans from the jump. And Sherwood revels in the juxtaposition of such textures, couching the burlap of Perry in smoother electronics or else letting Perry play it straight with his vocal delivery as everything warps and bends around him. Hear how Perry leans into the gravelly grain of his voice and croaks out koans like "Repent! says the cricket on the palm tree" for the sputtering, psychedelic skank of "Cricket on the Moon," with Sherwood emphasizing the alien tones of that titular insect. "Let It Rain" takes that everyday imagery and makes it biblical, with Perry whispering "wipe out Babylon and drown Satan" as Sherwood brings in cellos, some sweet backing vocals, and chopped-up snares.

Sherwood can even conjure the swampy atmosphere and turbid aura of prime Black Ark-era productions, as he does for "African Starship," but he also dashes in some muted trumpet and flute to brighten it all. The bouncy "Makumba Rock" pits the yips of a Brazilian cuíca against Perry's own growl and mad laughs. And while a skipping beat propels it, "Kill Them Dreams Money Worshippers" finds Perry at his most caustic, the dub effects cut with some disturbing, hackle-raising shrieks and screams.

It all leads to the fascinating closer "Autobiography of the Upsetter," wherein the trickster Perry tells his story against a backdrop full of echoes and allusions to his iconoclastic past productions. Starting with his birth on the Saxham Plantation house in colonial-era Jamaica, Perry recounts his life, from his start with Sir Coxsone Dodd and Duke Reid to when Bob Marley first approached him. He also doubles down on the off-told tale of seeing Chris Blackwell drink chicken's blood like a vampire. The album's final boasts — "I'm the richest man out of me head" and "I am the Upsetter!" — proves that there are more chapters ahead in Perry's lengthy, storied career.