Accessibility links
Kirsten Gillibrand Says Trump 'Will Lose' If He Wants War With Women The New York senator and 2020 presidential candidate tells NPR's Rachel Martin that President Trump and some Republican legislators are taking the country in a direction it does not want to go. 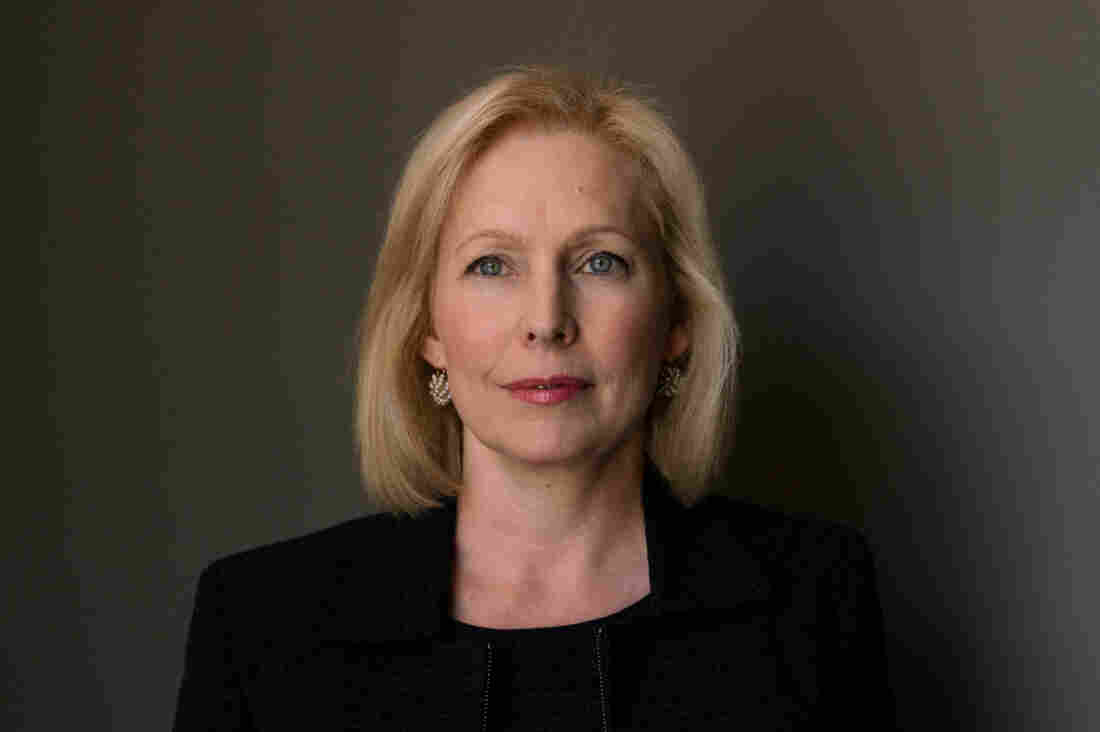 Sen. Kirsten Gillibrand, D-N.Y., says if she becomes president she would only appoint judges and justices who would maintain Roe v. Wade. Claire Harbage/NPR hide caption 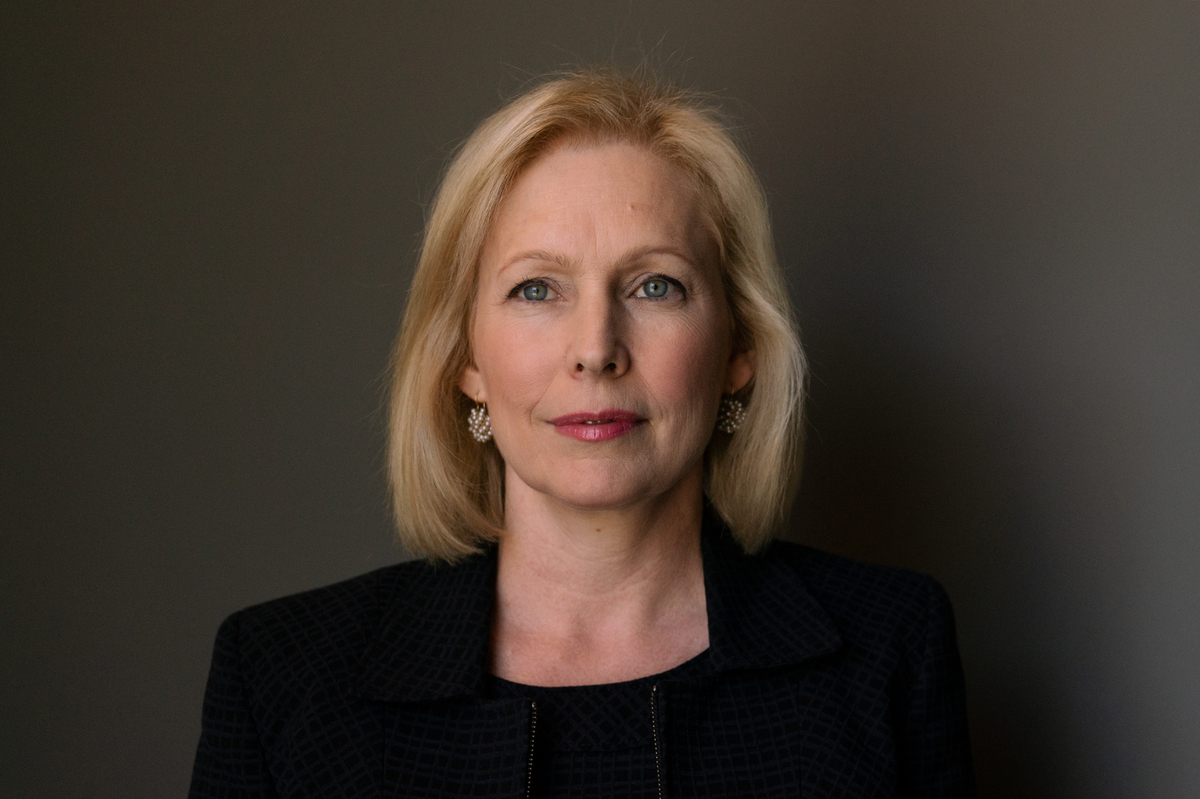 Sen. Kirsten Gillibrand, D-N.Y., says if she becomes president she would only appoint judges and justices who would maintain Roe v. Wade.

National attention is turning to issues that have been central to Kirsten Gillibrand's years of public service: equality and reproductive rights.

The New York senator and presidential candidate joined several of her Democratic primary opponents and abortion-rights advocates at a rally outside the U.S. Supreme Court this week after multiple states passed restrictive abortion legislation. And on Wednesday she released a plan that promotes investments in maternal and child health, paid family leave, and education.

"I think President Trump and these very extreme Republican legislators around the country, they are taking this country in a direction that it does not want to go," Gillibrand told NPR. "I believe that if President Trump wants a war with America's women, it's a war he will have and it is one he will lose."

Gillibrand announced her exploratory committee in January on The Late Show with Stephen Colbert. A video released by her committee at the time highlighted Gillibrand's work on government transparency, her rejection of corporate PAC money and her help pushing through the Sept. 11 health bill.

Two months after making her candidacy official, she's not yet assured to qualify for the first primary debate. Asked whether she was concerned about her campaign's momentum, she said: "The truth is, it's a marathon and not a sprint."

On abortion and women's rights

Equality and reproductive freedom has been something that I have focused my time in public service on over the last 12 years, but as [a presidential candidate] I've already made a very significant platform surrounding these issues.

I will only appoint judges and justices that see Roe v. Wade as settled precedent. I will codify Roe v. Wade legislatively. I will look to remove the Hyde Amendment, which is the law that prohibits federal money paying for abortion services in a full range of health care, particularly for poor low-income women. I will also make sure and guarantee that no matter what state you live in, you will have a right to access full reproductive services, including abortion services.

On whether Democrats are shifting further to the left

I think there's a perception [of a shift], but I think the truth is certainly the party that I've been part of has been working on a lot of these issues for a very long time. But some things the way they're talked about seem new and seem more radical. And I don't think that's the case. And I'll give you an example: global climate change.

I think global climate change is the greatest threat to humanity that exists. So I think the Green New Deal is just a platform of ideas that have been around for a long time that are already bipartisan. ... And to be honest, I just see it as an aspirational goal that's not unlike when John F. Kennedy wanted to put a man on the moon. He said, "I want to do this in 10 years, not because it's easy, but because it's hard." And it's exciting, and that's what leadership is. And it doesn't have to be partisan.

On her idea for national public service

People want health care as a right. They want better public schools. They want to know that their kids can go to college debt-free. So my idea to do that is national public service.

I believe that if you tell every young person in this country that if you do a year of public service, you could have two years of community college or state school free. We know that we have needs and lots of service industries that are desperate for young workers. And so if you open up public service to all those industry groups and you incentivize young people to commit a year or two to that, it's going to not only create pipelines into new jobs and careers that will create economic growth, but it changes the heart of the country and the heart of these kids in a generation.