Accessibility links
Review: Nothing Whole Or New About CGI World In 'Aladdin' Though some elements generate fresh sparks, the remake "mostly has the beat-for-beat quality of the live-action Beauty and the Beast, the current standard-bearer for pointlessness."

'Aladdin': A CGI World, Neither Whole Nor New

'Aladdin': A CGI World, Neither Whole Nor New 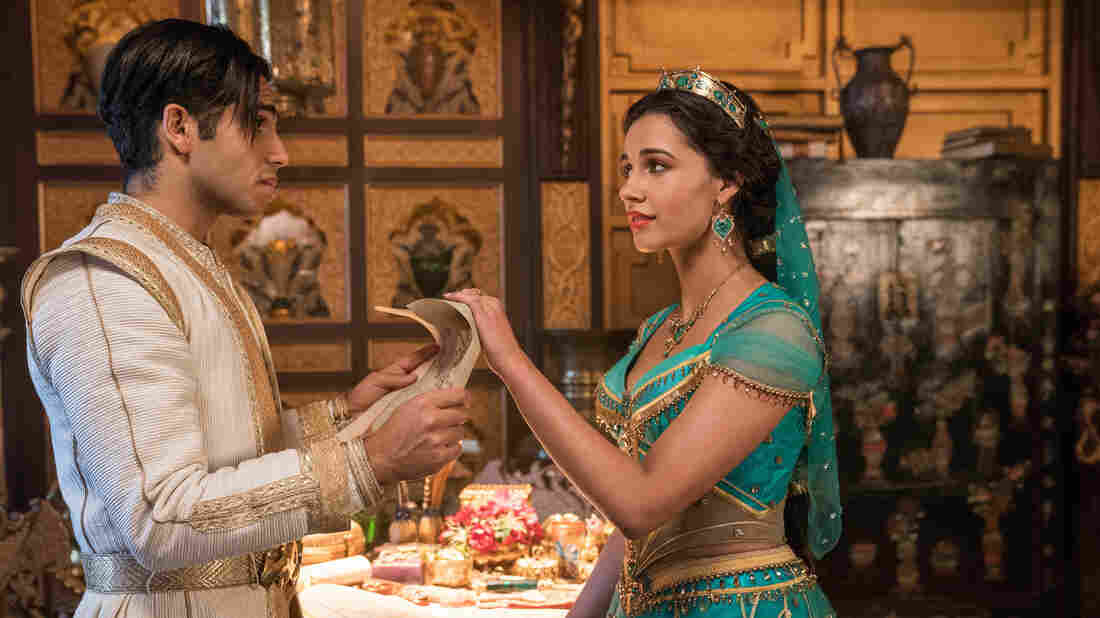 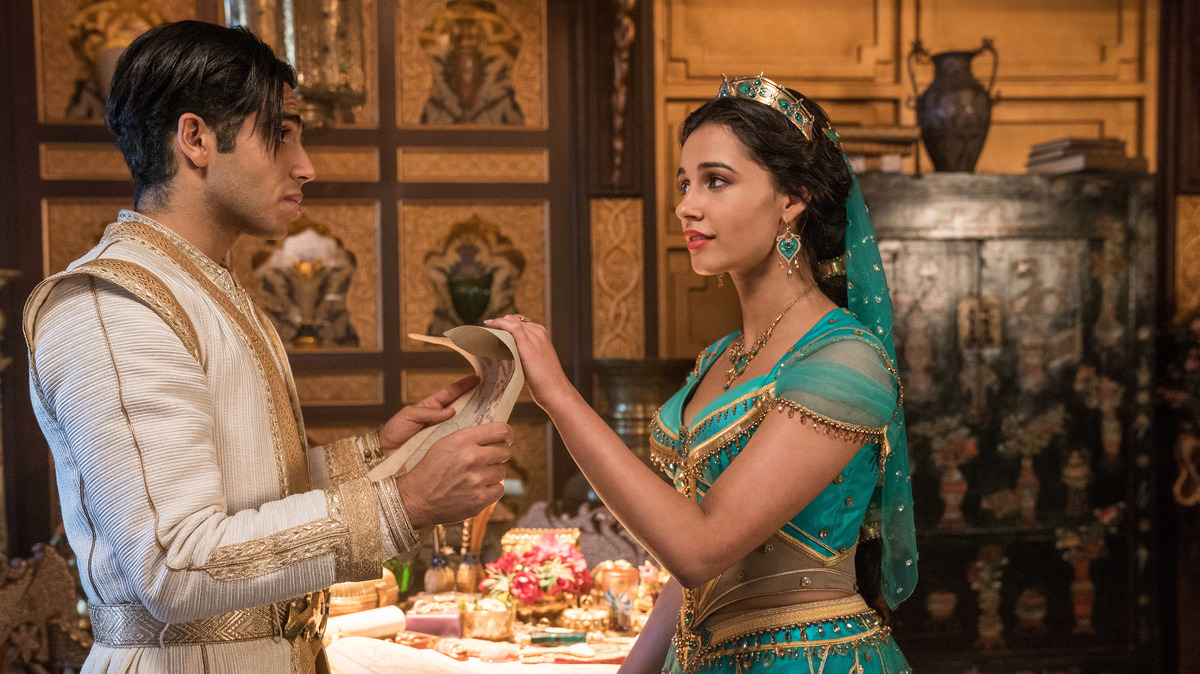 As Disney plunders its archives for live-action remakes of animated classics, the question of "Why?" continues to be less evident on the screen than it is on the company ledger. The one quiet exception was Pete's Dragon, which succeeded because it had no fidelity to the second-rate slapstick and songcraft of the original, and could reimagine the premise from the ground up. When the catalog titles get as massive as Aladdin, however, the mission becomes to replicate it as closely as possible, which inevitably leads to stilted facsimile. No matter how sophisticated CGI gets, the speed and fluidity of animation is hard to reproduce.

The new Aladdin mostly has the beat-for-beat quality of the live-action Beauty and the Beast, the current standard-bearer for pointlessness, but there are elements of it that really pop, even for being bizarre missteps. Foremost among them is Will Smith's Genie, whose entire look is a Violet Beauregarde nightmare of bright blue and CGI-inflated swole, with a top-knot/goatee combination that suggests 10,000 years away from the fashion pages. Yet Smith is the only member of the cast who's bothered to rethink the original character: He doesn't imitate Robin Williams' manic schtick, but draws on his own ingratiating silliness and kid-friendly hip-hop flavor instead. If everyone else had followed suit, this Aladdin wouldn't necessarily be any better, but at least it would be its own thing.

The rest of the cast is gorgeous but just short of proficient, sounding a little like the traveling production that passes through Sioux City. Before the Genie shows up, director Guy Ritchie sweeps nimbly through the streets of Agrabah, the Arabian kingdom where Aladdin (Mena Massoud), a thieving urchin, plucks food and trinkets from the marketplace. A chance encounter brings him into contact with the headstrong Princess Jasmine (Naomi Scott), who's going incognito to steal away from the palace and spend time among ordinary people. The two hit it off, but Jasmine is obliged to consider more proper suitors for a royal marriage.

It takes some doing to get to the Genie. The evil Jafar (Marwan Kenzari), a trusted vizier and adviser to Jasmine's father, the Sultan (Navid Negahban), has designs on seizing the throne but needs the power of the Genie to make it happen. For that, he forces Aladdin to plunder the Cave of Wonders in search of an oil lamp, but when the young thief gets control of the lamp first, he's the one who's granted three wishes. He transforms himself into Prince Ali from the made-up kingdom of Ababwa and the palace intrigue commences, with Smith's Genie casting himself as a Hitch-style wingman.

The songs by Alan Menken and his lyricists, Howard Ashman and Tim Rice, were always the strongest part of the original Aladdin, and the Ashman/Menken showstopper "Prince Ali" is the highlight here, too. Ritchie and his production team have conceived the film as a Bollywood spectacle of bright colors and garish embellishments, and it suits this parade of exotic delights. Smith isn't much of a singer, but the number allows him to be a musical ringleader and promoter, dropping a few of his signature "woos" and "ha-has" into the mix. It isn't Robin Williams, but it's something.

Ritchie brings some of the varied speeds and camera acrobatics of Lock, Stock and Two Smoking Barrels and Snatch to Agrabah, but too much of Aladdin feels like a slow, tacky, dim-witted karaoke rendition of the animated version, which wasn't exactly flawless in its own right. The one new addition to the soundtrack, a Jasmine empowerment ballad called "Speechless," is a "Let It Go" number that lands like a ladle full of sausage gravy, with nothing like the deftness of the Menken/Ashman/Rice songs that surround it. Perhaps a more thorough reinvention of Aladdin would have been worse.

As it stands, Aladdin, Jasmine, the Genie, Jafar and the Sultan are all diminished from their animated counterparts, but slightly enough to save the film from out-and-out disaster. From Disney's perspective, an acceptable Aladdin probably meets the standard for franchise revivification, because it echoes the pleasures of the original film enough to get by. Audiences have a right to expect more.