Accessibility links
Review: Portuguese Political Satire 'Diamantino' Scores Goal Driven by a standout performance by Carloto Cotta, this Portuguese satire "sizzles with a comic energy rare for a movie with such blunt and weighty political commentary." 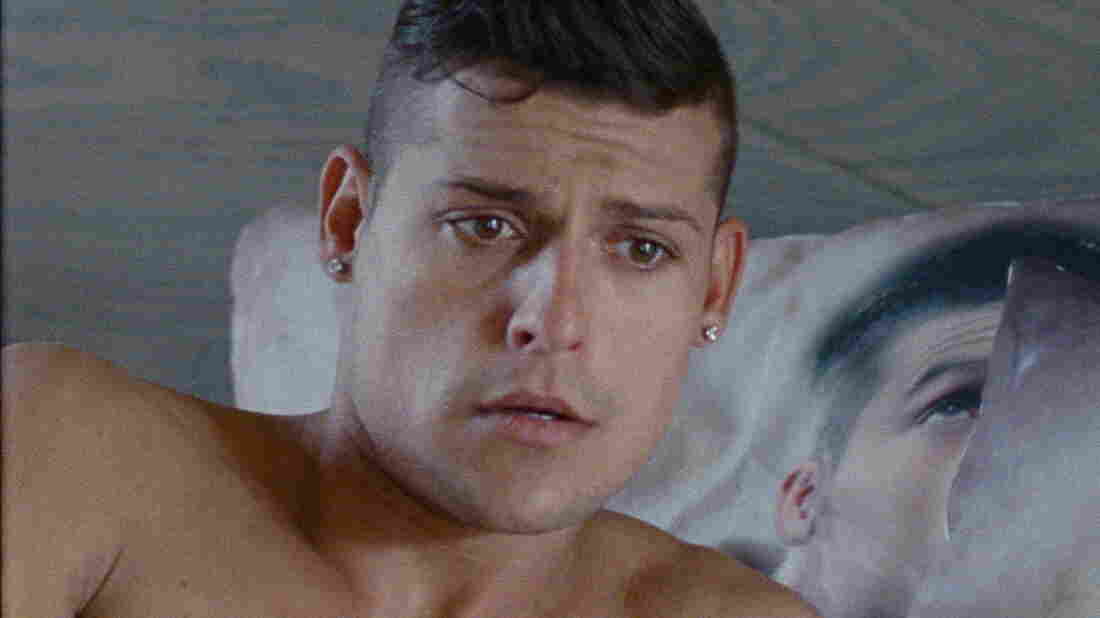 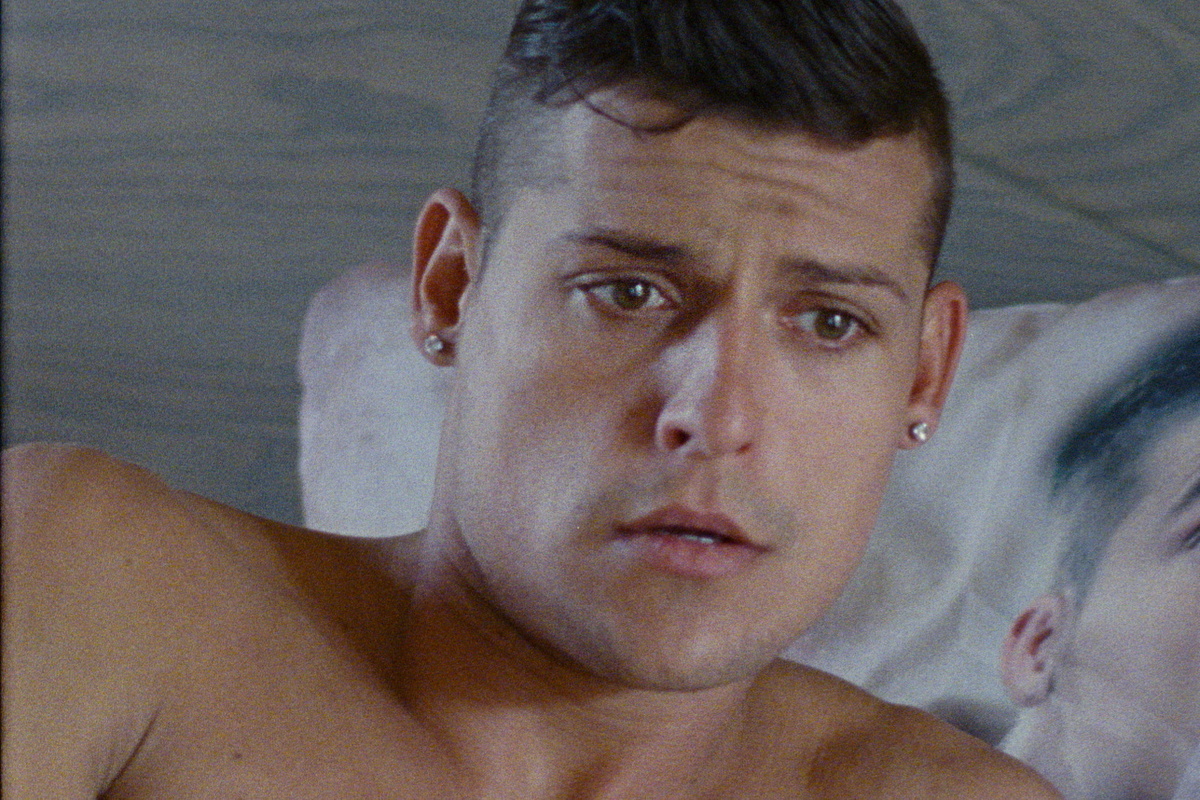 A handsome, dim-bulb soccer star (Carloto Cotta) takes extreme measures to return to his former state of glory in Diamantino.

You can tell something is off about fictional Portuguese soccer star Diamantino, who looks an awful lot like actual Portuguese soccer star Cristiano Ronaldo, as soon as he mentions the puppies. And that doesn't take very long, because Diamantino, the pride of his nation, is quick to bring up that when he's on the field, and when he gets in the zone, he starts to see gigantic puppies, flopping around in a mist of sparkling pink clouds.

Diamantino, the star of the movie by the same name, is not your quintessential man-child, though a scientist's computer confirms his brain works at 10% normal levels. He is childlike, but in the best sense, someone who sees the world often for what it is and what it should be. Non-sexual, yet finely toned and tanned, Diamantino is compassionate and loving and innocent.

The people around him, not so much. His twin sisters, with whom he lives in an elaborate, aging mansion in the countryside, are plotting around his celebrity. Two agents from the Portuguese Secret Service are surveilling him with a drone, believing him to be laundering money. His new doctor, Dr. Lamborghini, easily the best fictional doctor's name since Dr. Spaceman on 30 Rock, is carrying on a questionable-at-best genetic experiment, hoping to clone the soccer star. And the whole country is plunged in debate over borders and migrants and making "Portugal great again," which seems just a little reminiscent of a certain strain of nationalism weaving its way through European and American politics.

This makes Diamantino's place as a national figure all rather precarious, because his innocence, and his newfound interest in helping African refugees after he encounters a raft while on his yacht, are directly at odds with the scheming forces around him.

First-time directors Gabriel Abrantes and Daniel Schmidt ensure that Diamantino isn't dire; it sizzles with a comic energy rare for a movie with such blunt and weighty political commentary. Our star's oh-shucks voiceover underscores the contrast between his purity and the world's villainy. When a skeptical television host presses him on his plan to adopt a refugee, he deflates, eventually offering that he would adopt someone from Canada. Just the recurring sight of one of the Secret Service agents posing as a nun, her wimple protruding like horns, is worth a few laughs.

Carloto Cotta, as Diamantino, adopts an expression that's a perfect mix of guilelessness, bewilderment and cockiness. His performance is uproarious, both in its specificity (he ably inhabits the role of a soccer star, down to the haircut) and in its silliness. Try to resist laughing when you see him lying in his bed with his face plastered across the pillow, as if he's deep in a passionate kiss with himself. Anabela and Margarida Moreira, who play Diamantino's twin sisters with identical black hairdos and complementary dresses, enliven sinister roles that otherwise could have come off as rote. And his offbeat romance with another character feels tender, and the montages that show the two playing in the waves and driving through the Portuguese countryside are nothing short of euphoric.

Weaker, however, is the film's ultimate political message, which is as messy as the genetic experiments in which Diamantino finds himself. Ideas, like his cloning and the place of migrants in Portugal, are picked up and quickly abandoned before anything of substance can pierce its way through to an audience not fully tuned into the ups and downs of Portuguese politics.

What is clear, though, is the overall sense of dismay with the growing far-right movement in Europe, and the film acts as a sort of primal scream, albeit one bathing in absurdity. This film feels angry, and its anger is difficult to control. It reminded me of last year's Sorry to Bother You, another film that swung for the fences while maintaining a fresh comedic voice. There, the messages of capitalism and racism were more strongly intertwined. Here, I wish nationalism and racism and masculinity had been bundled more neatly.

I imagine this film will ripen with age, that we'll look back on it in 20 or 30 years and note that it nailed a certain anxiety about our present day, and that it was prescient about an overlap between genetic science and nationalism. The film's signature style, which combines a future-tech aesthetic with grainy film stock to make everything a bit more tangible, also sets it apart. But for now, it feels crowded and unsure of itself at times, unwilling to fully commit to any specific message beyond pointing out the general hoopla of contemporary European politics.