Accessibility links
U.S. Population Growing In South And West, Led By Phoenix The fastest growing cities are in Arizona, Texas, Washington and North Carolina. Columbus, Ohio, is the only Midwestern city in the top 15 fastest-growing populations. 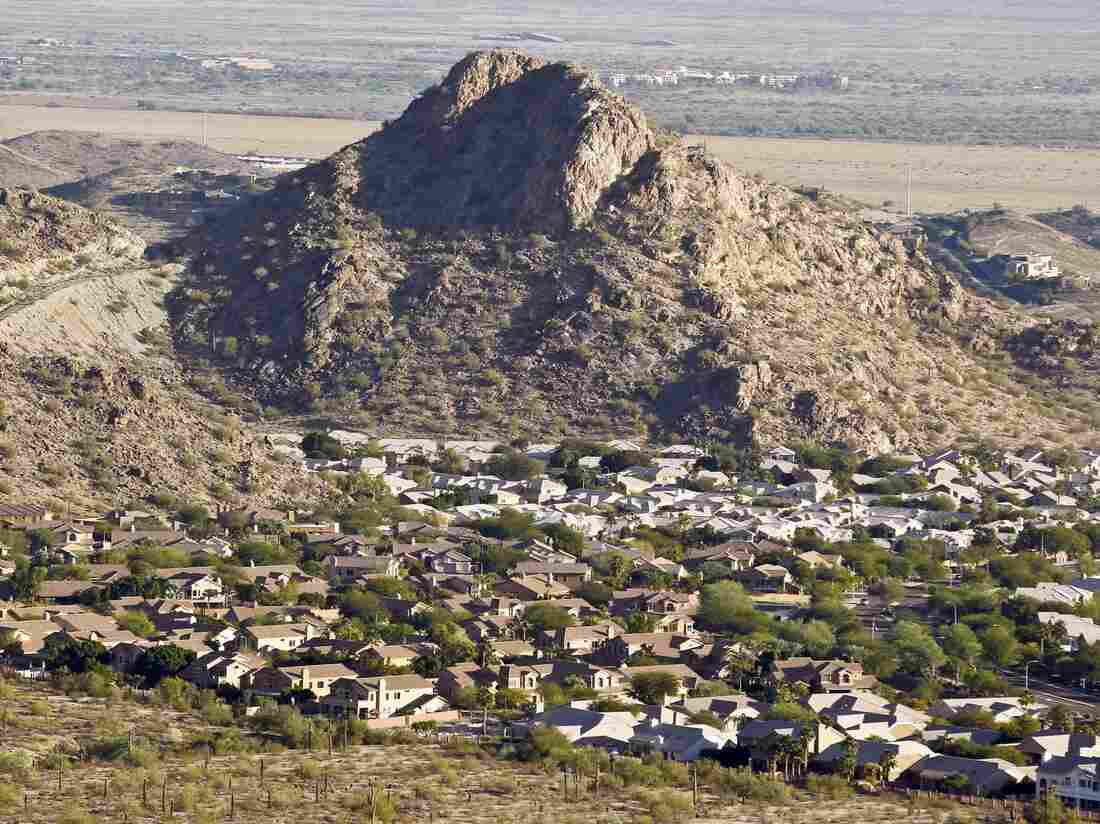 A housing development sits nestled in the South Mountain foothills in the Ahwatukee neighborhood in Phoenix. The city saw the biggest jump in population in the U.S. between 2017 and 2018. Ross D. Franklin/AP hide caption 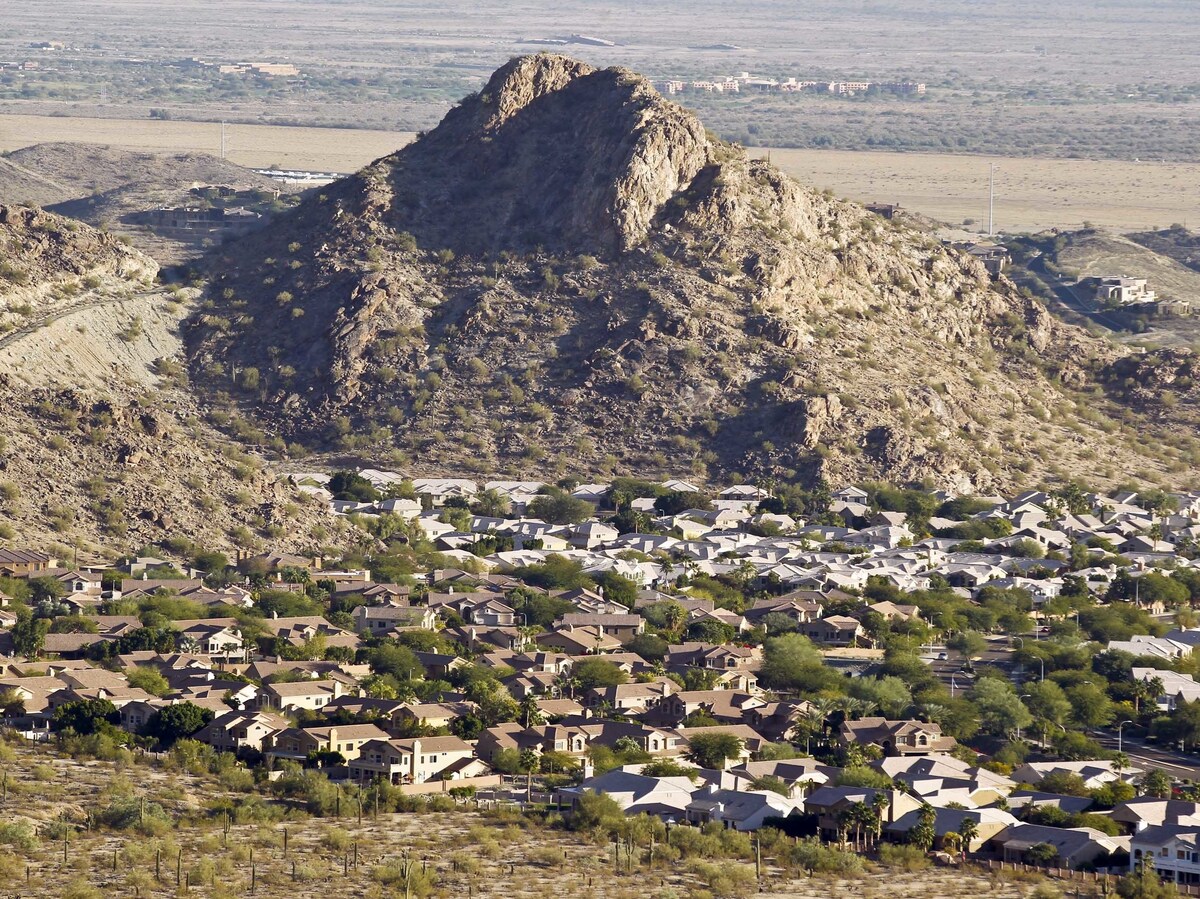 A housing development sits nestled in the South Mountain foothills in the Ahwatukee neighborhood in Phoenix. The city saw the biggest jump in population in the U.S. between 2017 and 2018.

The Southern and Western regions of the United States continued to have the nation's fastest-growing cities between 2017 and 2018, according to new population estimates for cities and towns released Thursday.

"Arizona's capital city saw the biggest jump in population last year with more than 25,000 new residents. They brought the population of Phoenix to close to 1.7 million. Other cities rounding out the top 5 cities with the largest increases last year include San Antonio (20,824) and Fort Worth (19,552), plus Seattle (15,354) and Charlotte (13,151)."

The data released by the U.S. Census Bureau list the other fastest growing cities by region.

In the South, in order of population growth, they were Austin, Texas; Jacksonville, Fla.; Frisco, Texas; McKinney, Texas; and Miami.

The fastest growing cities in the West were San Diego; Denver; Henderson, Nev.; and Las Vegas.

The only Midwestern city on the top 15 list was Columbus, Ohio.

"Phoenix is a good example of a city that is growing from a combination of immigration from abroad, domestic migration of seniors and old people from the North, and the spread of migrants from increasingly pricey coastal California," Brookings Institution demographer William Frey told NPR.

Still, Frey says many large cities in all parts of the country have been growing more slowly as the U.S. population disperses to smaller cities in the suburbs and beyond.

"Among the 13 top gaining cities in the country are Frisco and McKinney, Texas, in suburban Dallas and Henderson, Nev., in suburban Las Vegas. Each of these suburbs gained more people than Houston, Atlanta or Miami in the past year," Frey said.

The Census Bureau estimates also track the growth in housing units, which remained steady in nearly all states, according to an agency press release.