Accessibility links
Hurricane Season Will Be 'Near Normal' This Year NOAA forecasts that two to four major hurricanes will form this year in the Atlantic. But even an average year can cause record-breaking damage, as storms get bigger and wetter. 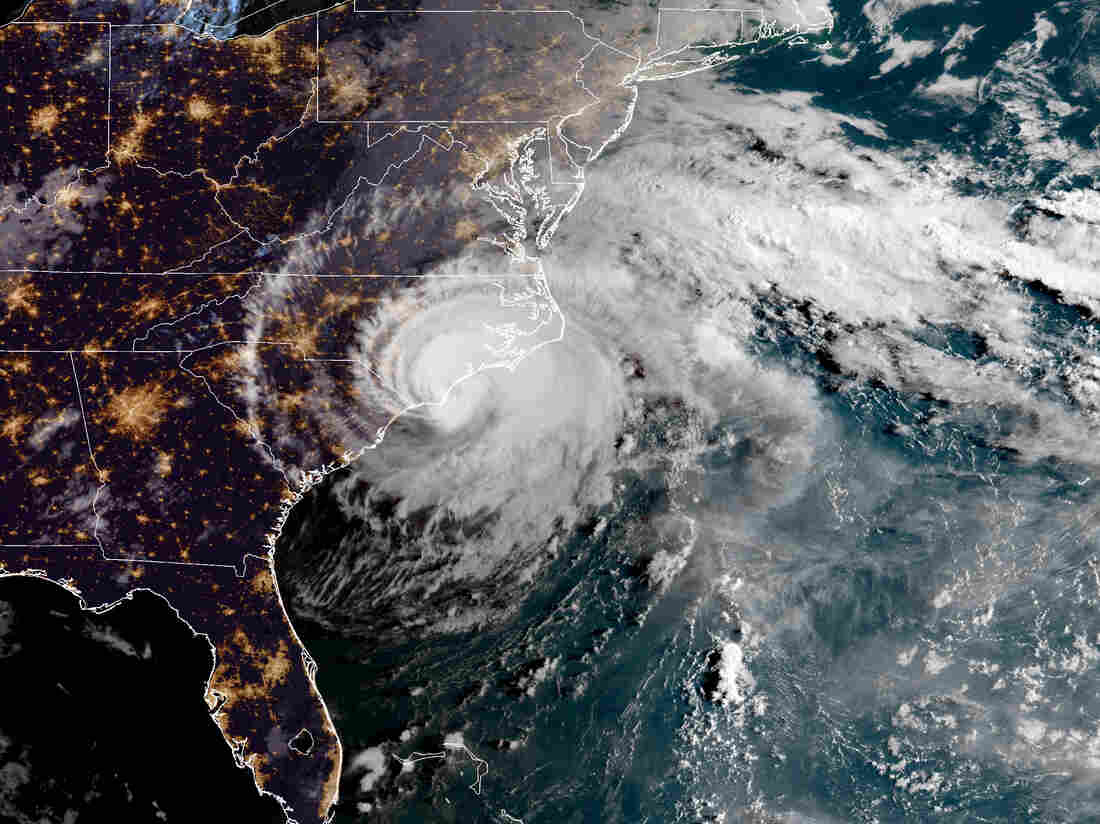 Hurricane Florence made landfall in North Carolina on Sept. 14, 2018. The National Oceanic and Atmospheric Administration forecasts that two to four major hurricanes will form in the Atlantic during the 2019 hurricane season, which begins June 1. NOAA via Getty Images hide caption 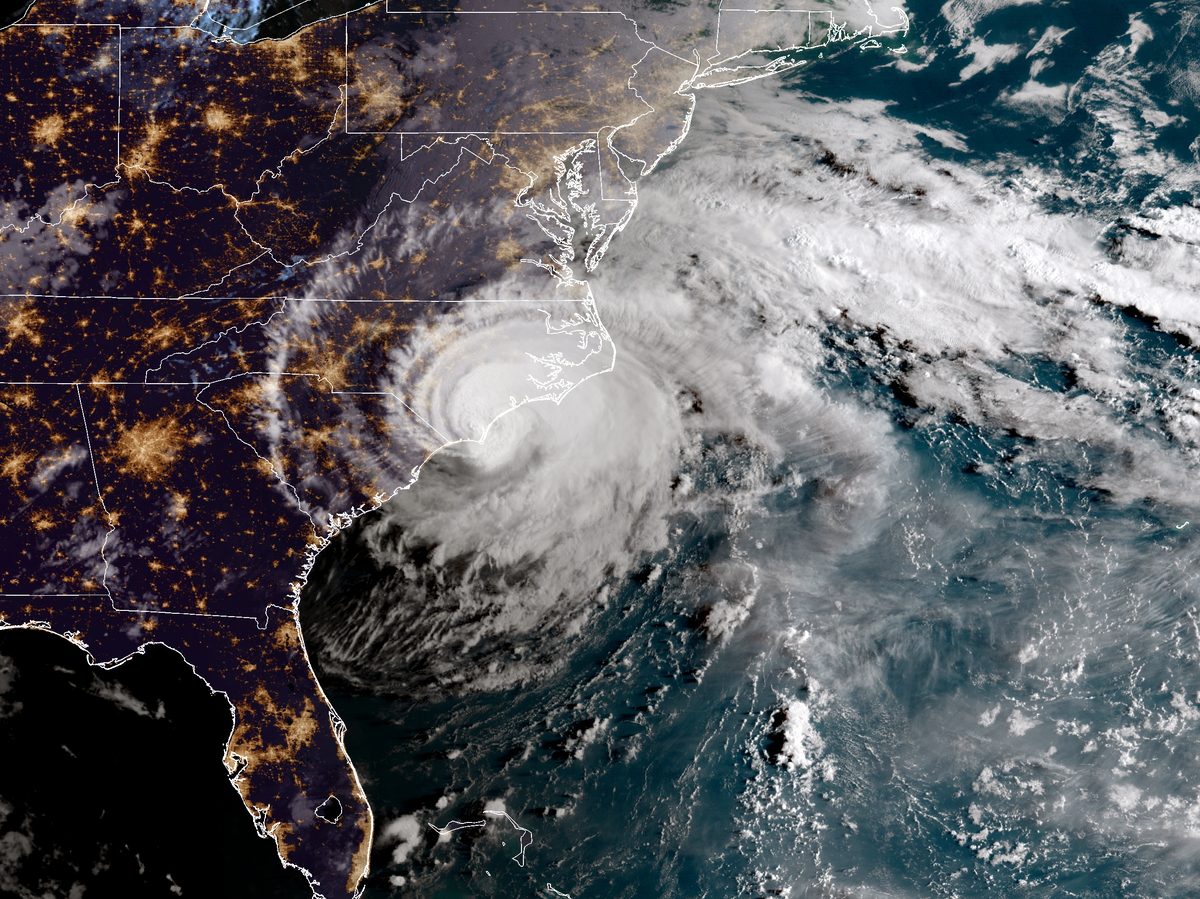 Hurricane Florence made landfall in North Carolina on Sept. 14, 2018. The National Oceanic and Atmospheric Administration forecasts that two to four major hurricanes will form in the Atlantic during the 2019 hurricane season, which begins June 1.

Federal weather forecasters are predicting a "near normal" number of storms this hurricane season, which runs from June 1 through November 1.

Between nine and 15 named storms, including includes tropical storms, are predicted to form in the Atlantic this year, said Neil Jacobs, acting administrator of the National Oceanic and Atmospheric Administration.

Of those, between four and eight are predicted to become full-blown hurricanes, with winds capable of removing shingles and taking down power lines, Jacobs said Thursday at a news conference to announce the forecast. And between two and four storms are expected to strengthen into so-called major hurricanes, with winds strong enough to snap trees and tear off roofs.

If this year's forecast is correct, it could be a very similar season to last year, when 15 named storms formed, two of which — Hurricane Florence in the Carolinas and Hurricane Michael in Florida — became major hurricanes. Both storms were extremely destructive.

"The primary goal of today's outlook is to encourage the public to prepare before the start of the hurricane season," Jacobs said.

Gerry Bell, the lead hurricane forecaster at NOAA, said people shouldn't be fooled into complacency by the word "normal."

"Nine to 15 named storms is a lot," he said. "Two to four major hurricanes is a lot. So the key message is: We're expecting a near-normal season, but regardless, that's a lot of activity. You need to start getting prepared for the hurricane season now."

This year's outlook is shaped by two competing meteorological phenomena. On one hand, the climate pattern known as El Niño is happening this year, which generally suppresses hurricane activity in the Atlantic. At the same time, the water at the surface of the tropical Atlantic and the Caribbean is warmer than usual. That warm water acts like an engine for hurricanes, fueling their creation and making them bigger and wetter.

Underscoring the "be prepared" message, the meteorologists who generally take center stage at such forecast announcements were joined Thursday by an official with the Federal Emergency Management Agency.

"My message today: It only takes one. It only takes one land-falling hurricane to cause great destruction to a community," warned Daniel Kaniewski, a deputy administrator at FEMA. He reminded Americans to keep spare water, food, medications and an emergency radio, and to review local evacuation details.

Jacobs also focused his remarks on hurricane-related flooding. Hurricanes Harvey and Florence both came ashore and stalled, dumping massive amounts of rain and flooding hundreds of thousands of homes and businesses, many of which were not covered by flood insurance.

"Flood insurance is not included in your homeowner's policy. You have to request it separately," Jacobs said. He warned that hurricane-related flooding could spell financial disaster for those who rely solely on FEMA's assistance to rebuild after a storm.

While flood insurance is important to many individuals and families, the long-term viability of the current flood insurance system is unclear. The federal government is the largest provider of flood insurance in the U.S., and the National Flood Insurance Program is struggling under billions of dollars in debt.